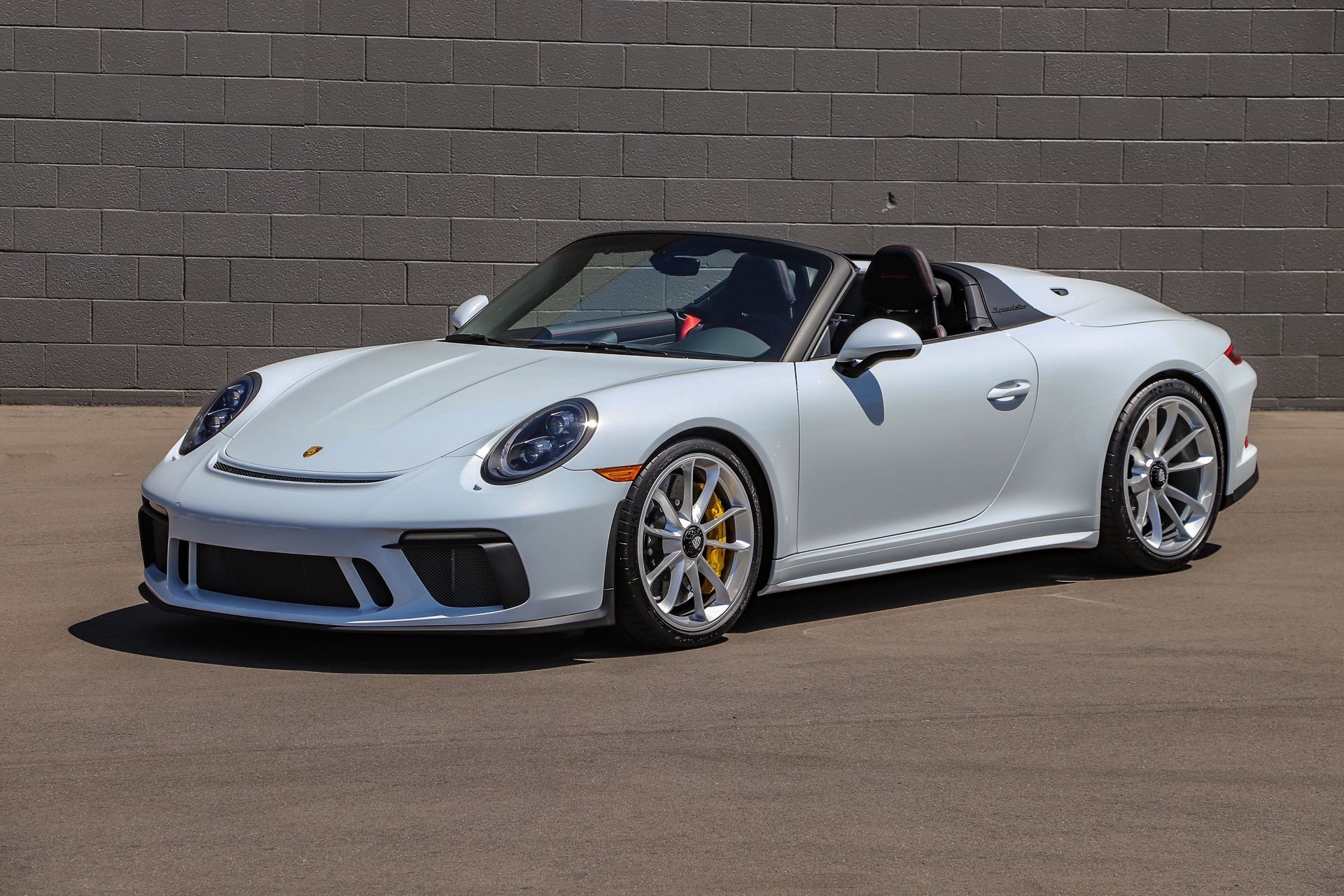 “…the new 911 Speedster pays tribute to an idea that runs through the history of Porsche like a long winding road.” From Porsche.com’s “Tribute to a Dream”

The 2019 Porsche Speedster offered here is one of just 1,948 produced to commemorate the year Porsche went into business. To assert that this is a special car is to state the obvious. Indeed, every Porsche Speedster ever created merits the accolade “special.” Earlier Speedsters have appreciated so dramatically in value to record levels because, for legions of Porsche fans worldwide, the Speedster is a “holy grail” model. So, when the Zuffenhausen automaker decided to celebrate the end of the manufacturing run of the beloved 991.2-generation Porsche 911 cars with a commemorative Speedster, only a remarkable achievement would do. This is that achievement. 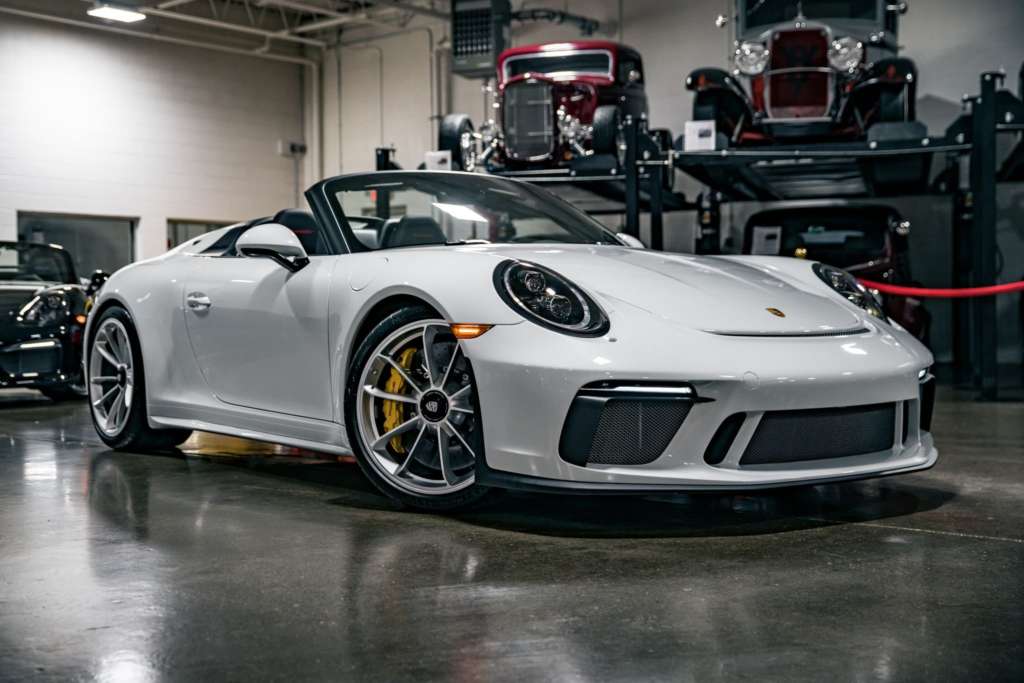 Ordinary automakers creating their expressions of such celebratory models normally concentrate on the superficial: unique colors, graphics trim packages, and other purely on-the-surface accouterments. Here, on the other hand, is a Porsche created to celebrate not only the Speedster name, but the performance ethic that defines the Porsche brand. Porsche doesn’t do “superficial.” As Mike Magrath’s Car and Driver review of the car’s launch makes clear, this is a Porsche tour de force in every respect. His headline lead put it: “An improved engine, sublime ride, and manual transmission are a hell of a way to say goodbye.”

On the engine: “Derived from the GT3’s, the 4.0-liter six-cylinder has redesigned air- and fuel-delivery systems. It switches to individual throttle bodies and boasts a 25 percent increase in fuel pressure over the GT3’s mill. The result is sharper throttle response, more linear power delivery, and an emboldened wail from 6000 to 9000 rpm. It’s a soul-gripping inner-ear enchantment that makes most supercars seem more gelded than gilded.”

On the ride: “With the exception of the fact that the Speedster is a two-seater, there’s little compromise over a normal 911. … the ride is never harsh, and, at a sustained 65-mph cruise, it’s a pleasant place for a chat. Until you hit the accelerator.” And “…this car redefines the stability and confidence available from a convertible.”

Magrath described the GT3 transmission in a single word: “magnificent.”

Every visual aspect of this extraordinary Carrara White Metallic-over black leather Speedster—from its commemorative 70th Anniversary identification emblem specifying it’s the 848th of 1,948 cars; to its Speedster rear badge and red-embroidered Speedster logos on the seatbacks; to its yellow-caliper ceramic disc brakes; to the gently arched carbon-fiber deck-lid out back, and bi-xenon headlights and bespoke facia up front—is best appreciated with a long slow trip through the more than 225 high-definition photographs, ideally viewed full-screen, available on the GarageKeptMotors site. (Please note that the photos include close-ups of the car’s manufacturer window sticker showing its extensive option listing.) As for the audio joy of the 502-horsepower, 4.0-liter, flat-six boxer engine, the short video also presented at the site will whet any enthusiast’s appetite.

We welcome appointments to see this Speedster up close, just don’t expect test drives. With only 16 miles showing on the odometer, this is a brand-new, and as we’ve noted several times, special automobile. Its next owner may choose to hold the car for the virtually certain, significant financial appreciation over the years of a pristine, untouched Speedster. Having said that, we are car guys, so we’re really hoping that new owner is a driver who will appreciate all the thrills offered from behind the wheel of what Porsche rightly calls, an automobile that is “the perfect tribute to open-top driving on the world’s coastal roads.”

(Please note: If you happen to be viewing this 2019 Porsche 911 Speedster on a website other than our Garage Kept Motors site, it’s possible that you’ve only seen some of our many photographs of this vehicle due to website limitations. To be sure you access all the more than 225 photographs, please go to our main website: GarageKeptMotors.) 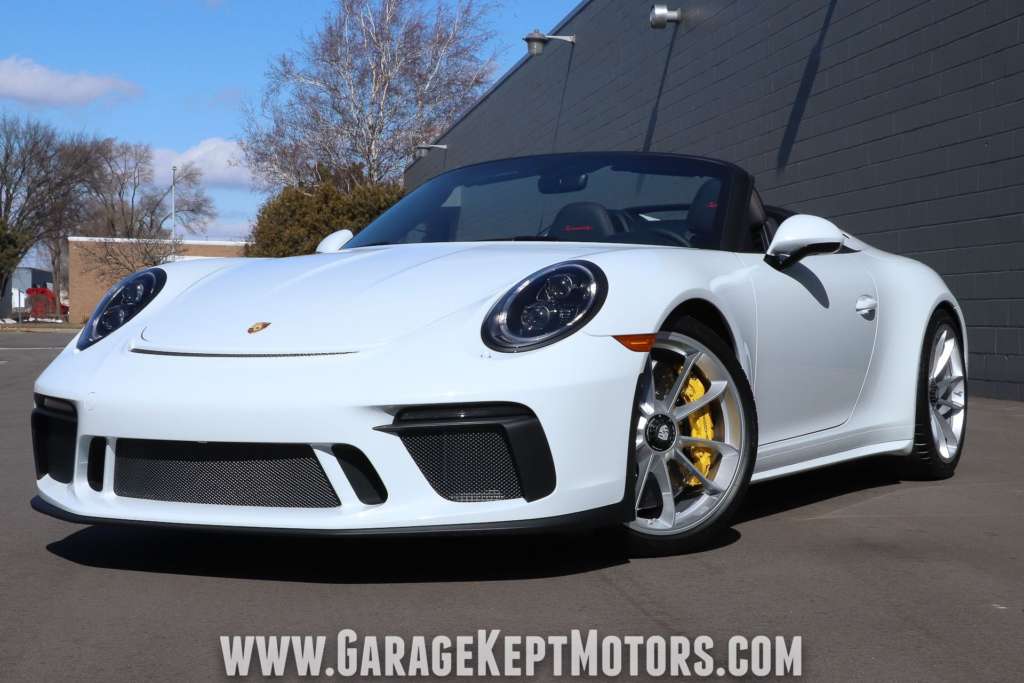 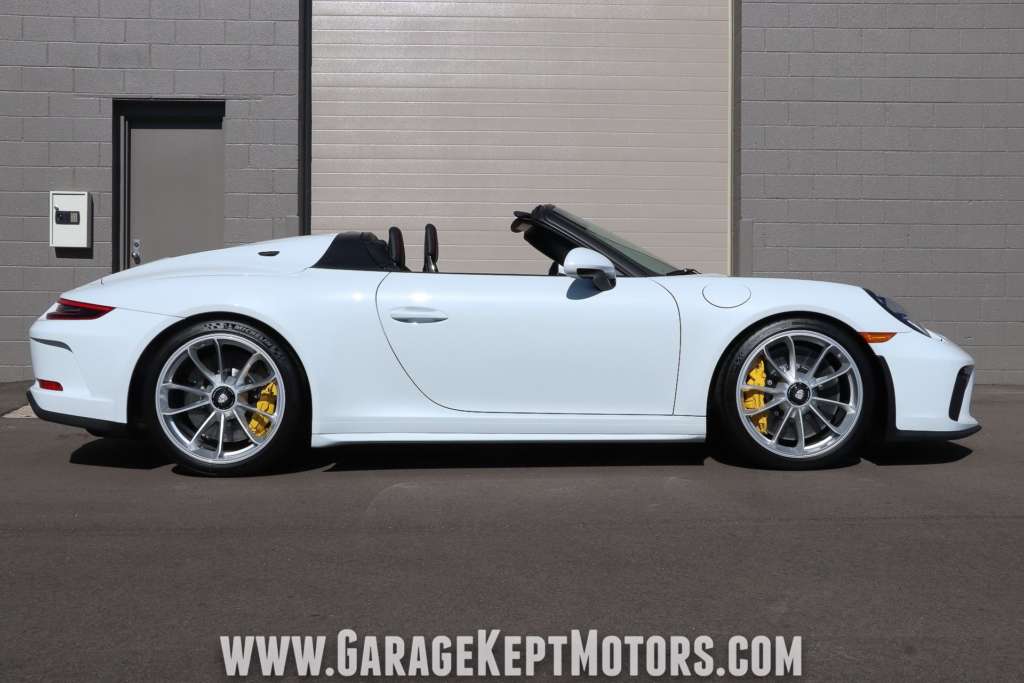 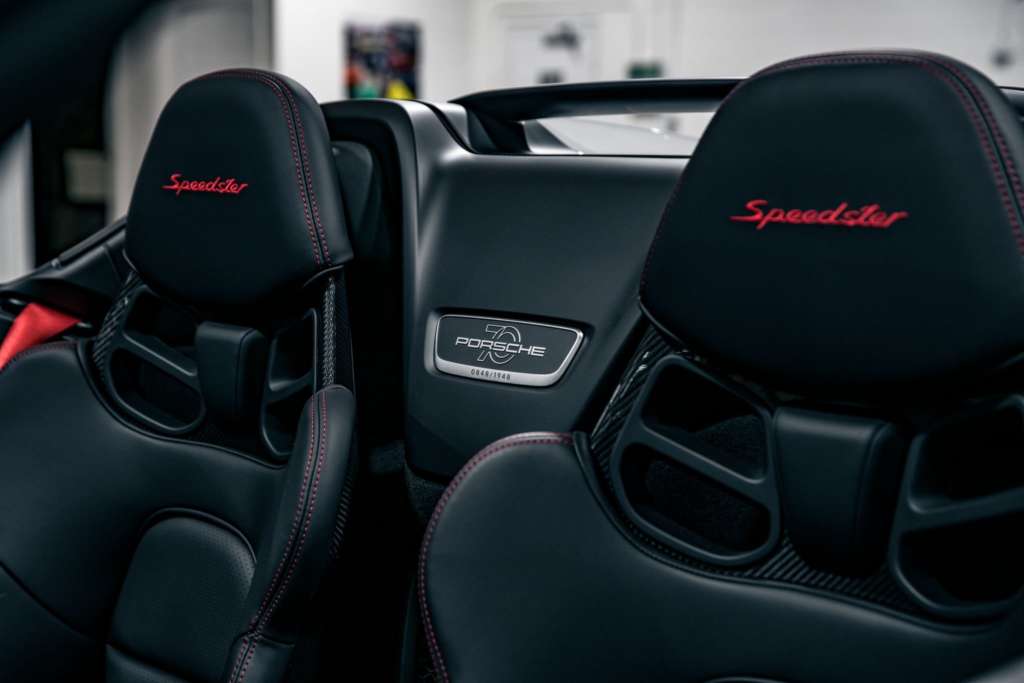 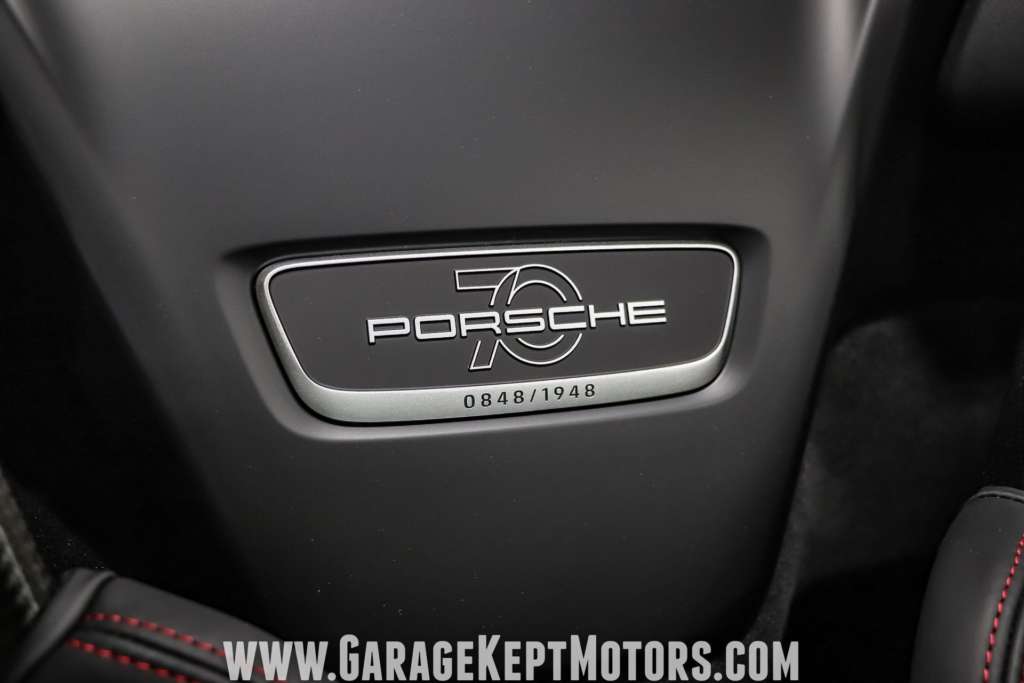 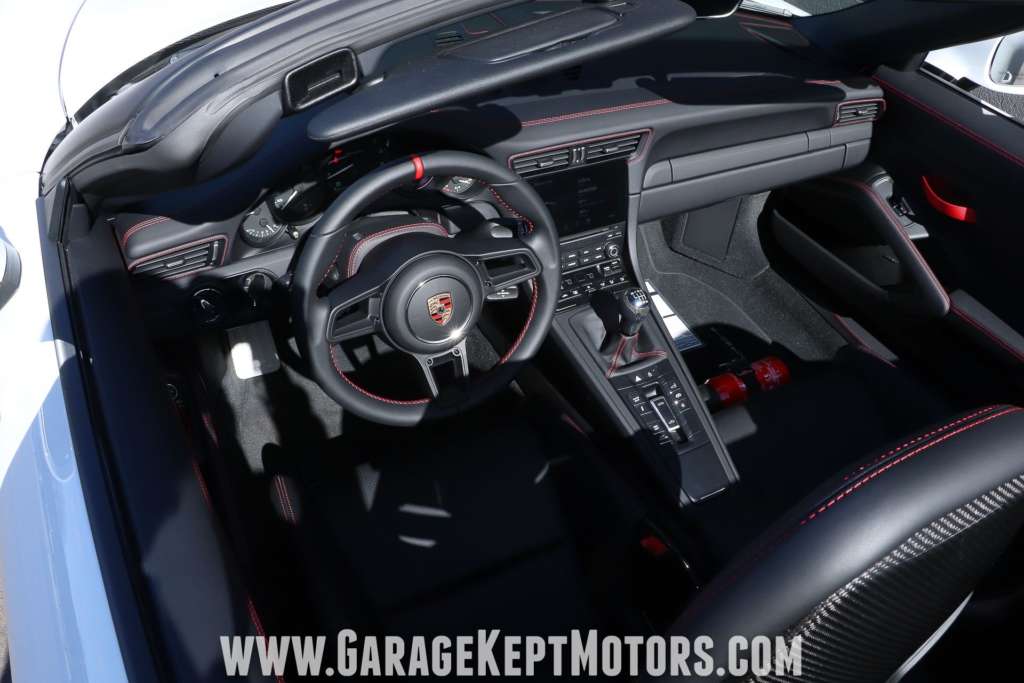 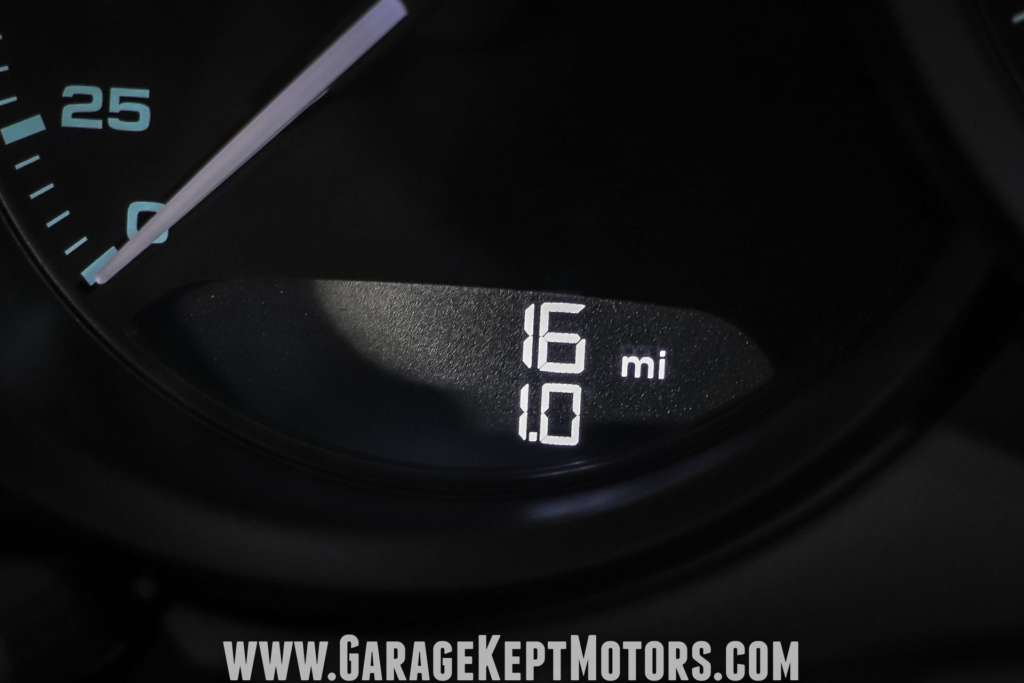 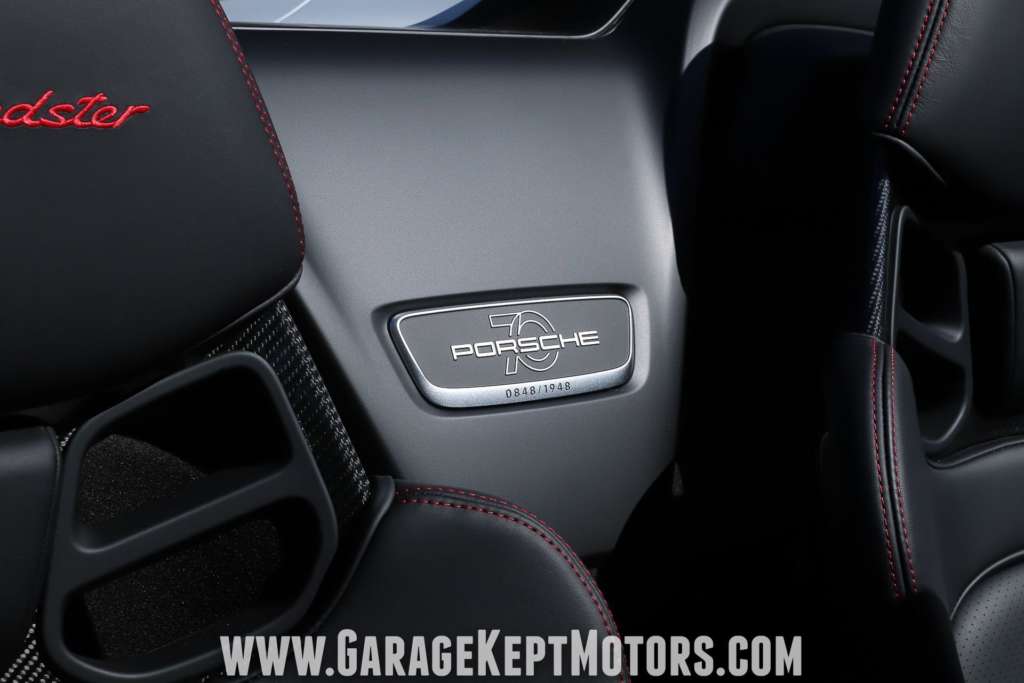