Model history: Prior to the debut of the porsche 993 Turbo Coupé in autumn 1995 , Porsche Exclusive Manufacture already produced a small run of just 14 (!) examples of a 993 Turbo Cabriolet, which was sold to particularly faithful Porsche enthusiasts. On the powertrain side, this version was configured with the puristic 3.6-liter turbo engine of the predecessor 964, a 5-speed transmission and rear-wheel drive. The bodywork was the same as the standard 993 Cabriolet, thus missing the wide fenders and wide rear of the Turbo coupé. The only exterior feature is the Turbo wing on the engine lid, which houses the intercooler and was individually installed in different variants in this small series. The initial new sales price of this small-series model was around 280,000 DM at that time.

About this car: The first delivery of this Porsche was in December 1994 in Germany via the Porsche Center in Essen. Until 2013, this Porsche was driven around 95,000 km and regularly serviced at Porsche Centers (Essen and Stuttgart), as evidenced by the original service booklet. In 2013, the car was sold to Spain (Barcelona) and part of a collection but hardly driven. The car was always registered and the official technical examinations were always passed without defects, as documented by the Spanish Carfax. The last service was performed in 2021 at the Porsche Center Barcelona. This 911 Turbo Cabriolet is configured in Triple Blue colour: midnight blue metallic with dark blue leather and soft top. The equipment is complete. A special feature are the bolted aluminium rims, which could be ordered from Porsche as an extra for the Turbos at that time. This Porsche 911 Turbo Cabriolet is a special variant of the 993, that is rarely offered. It combines the purist air-cooled turbo engine in the second last stage of development (the 964) with the delightful 993 cabriolet body. Only 14 examples were made – it hardly gets any more exclusive than this. An enrichment for any Porsche collection. 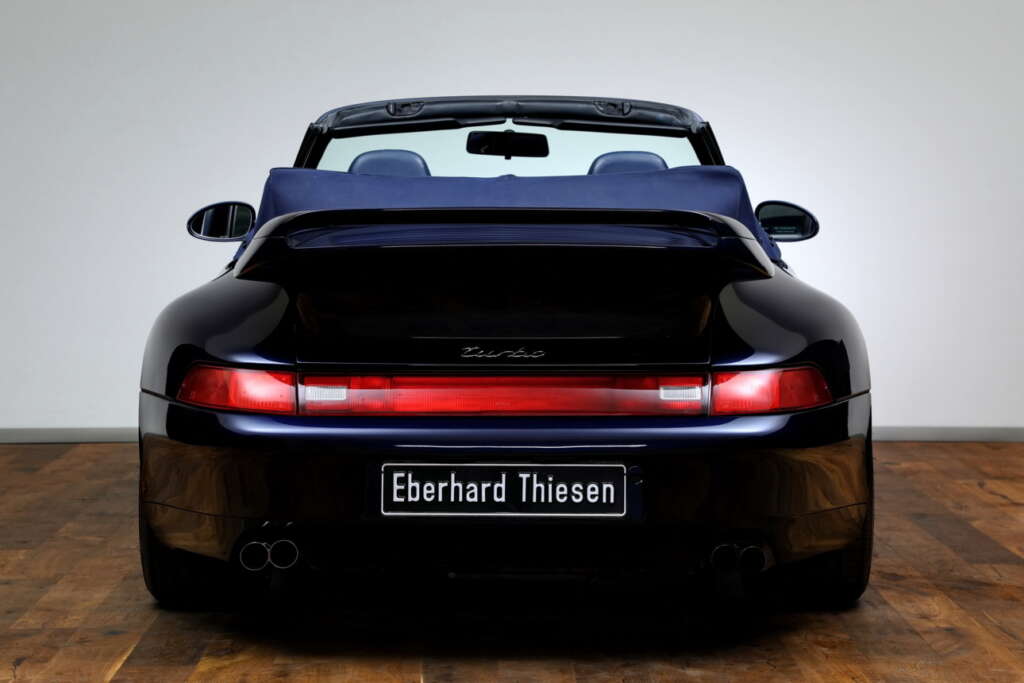 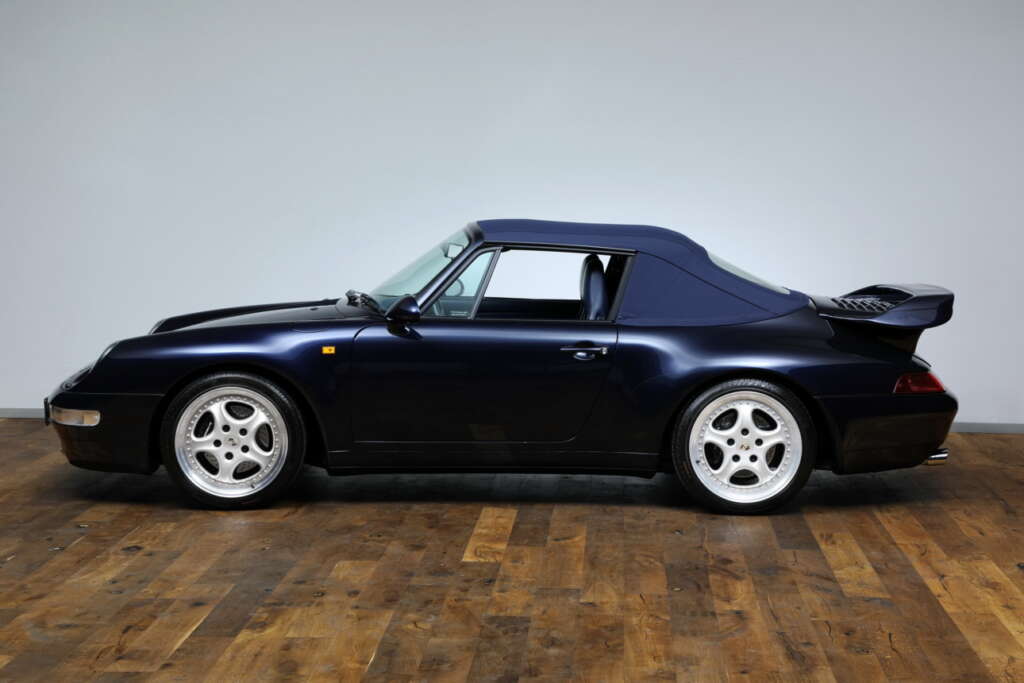 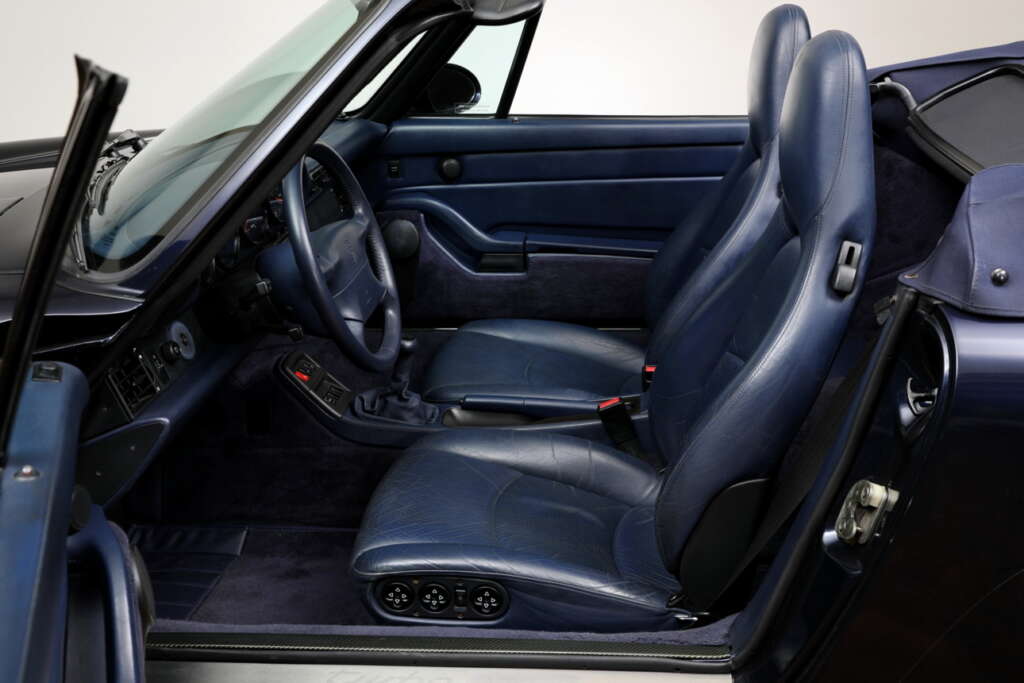 Eberhard Thiesen GmbH & Co. KG looks forward to your questions and is happy to help you.