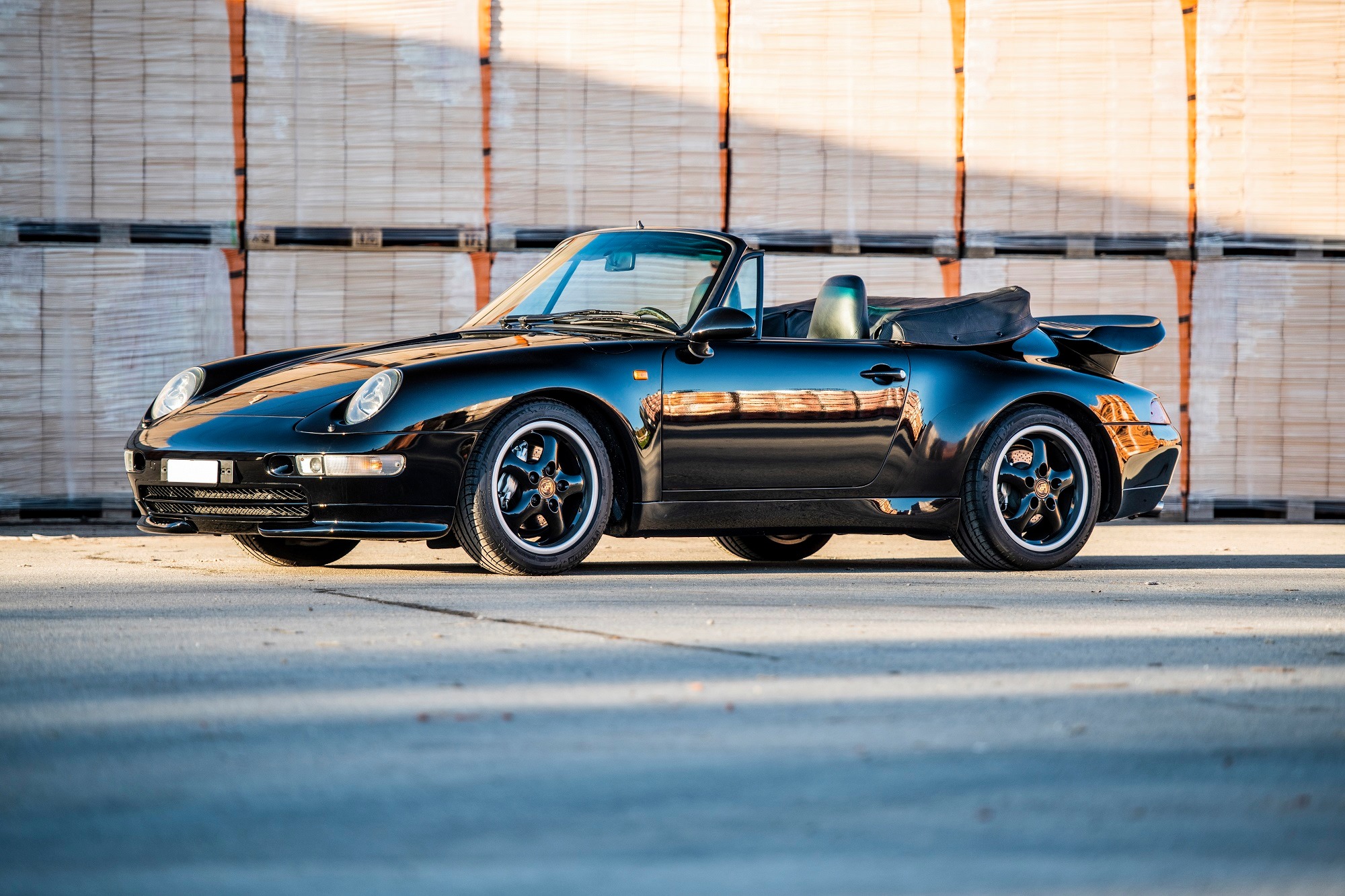 While the Turbo Cabriolet has been a mainstay of the 911 model range since the 996, to the average Porsche customer and enthusiast, the 993 Turbo Cabriolet technically never existed. Please note that this lot will need to be collected from Romanel-sur-Lausanne, Switzerland. The brainchild of Fritz Haberl, owner of MAHAG Porsche in Munich, Haberl approached Porsche executives after seeing the new 993-generation Cabriolet at the 1993 Geneva Motor Show with the idea of a Turbo Cabriolet built as a limited-edition model. Given MAHAG’s heritage and Porsche’s financial difficulties, Porsche agreed to Haberl’s suggestion, albeit at a price. Porsche’s requirement was a minimum order of ten cars, to which Haberl agreed.

At its heart was the engine and drivetrain from the outgoing 964-generation 911 Turbo. Despite structural differences between the 964 and 993-generation 911s, the M64/50 3.6-litre flat six-cylinder engine with a single turbocharger was able to fit into the back of the 993 body-shell. Porsche exclusive widened its rear arches to Turbo specification and the X93 option rear spoiler from the 964 Turbo S was added for extra visual panache. The new multi-link rear setup enabled the 993 chassis to deploy large amounts of power whilst still remaining stable.

The price for this new car came in at an eye-watering 240,300 DM, 89,500 DM more than a regular 993 cabriolet. Only 14 Turbo Cabriolets were sold in total. Porsche even gave them their own production designation and a unique VIN series.

Believed to have been commissioned by Willi Weber, Michael Schumacher’s long-time manager, this example sports black paintwork with black wheels over a matching black interior with a maroon convertible top. There are numerous carbon fibre options fitted to the interior including a carbon fibre steering wheel, instrument binnacle, gearstick, hand brake, and door cards. Interestingly, this example also features a special gearbox with no clutch pedal. Sourced from RUF, this was installed by Porsche exclusive.

According to the original service manual, the car was delivered in February of 1995, directly through Porsche in Stuttgart. The car’s second owner acquired it in February 1997. A guarantee certificate accompanying the car shows that it was purchased by him at Porsceh Zentrum Düsseldorf, having driven 8,220 km from new. He spared no expense on upkeep, as a result, it presents beautifully today. Acquired by the current and third custodian in early 2018, it was then imported to Switzerland and still remains in well-preserved, original condition throughout. Amongst the rarest of 993s, this Turbo Cabriolet would be an excellent addition to the world’s finest Porsche collections. 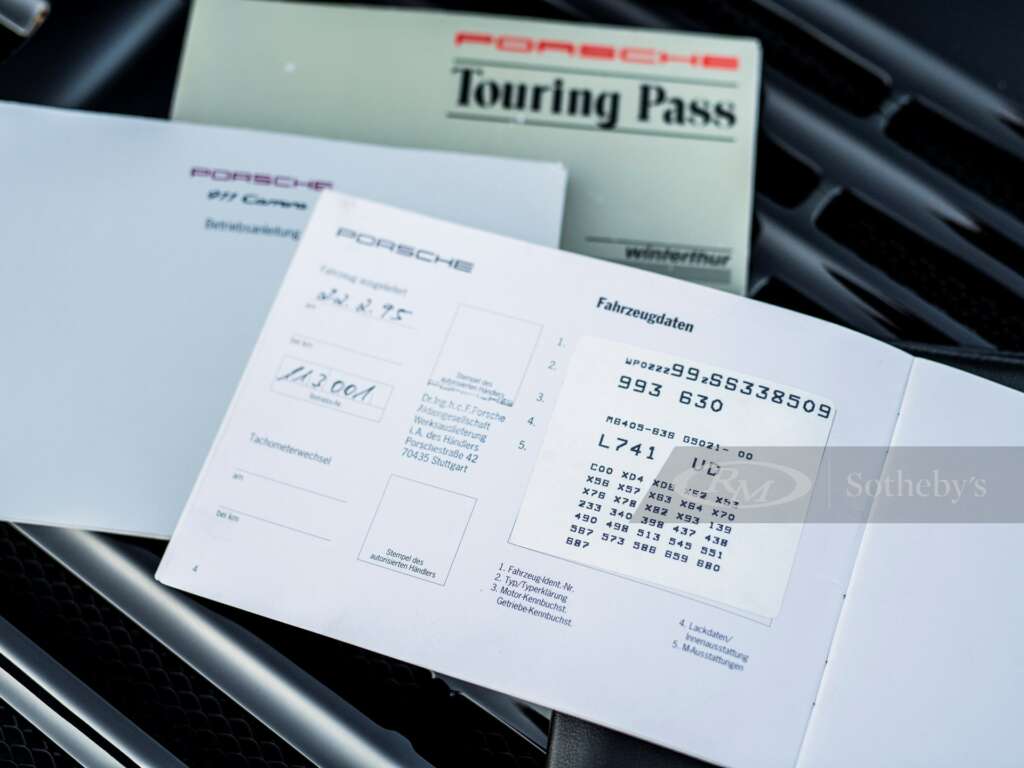 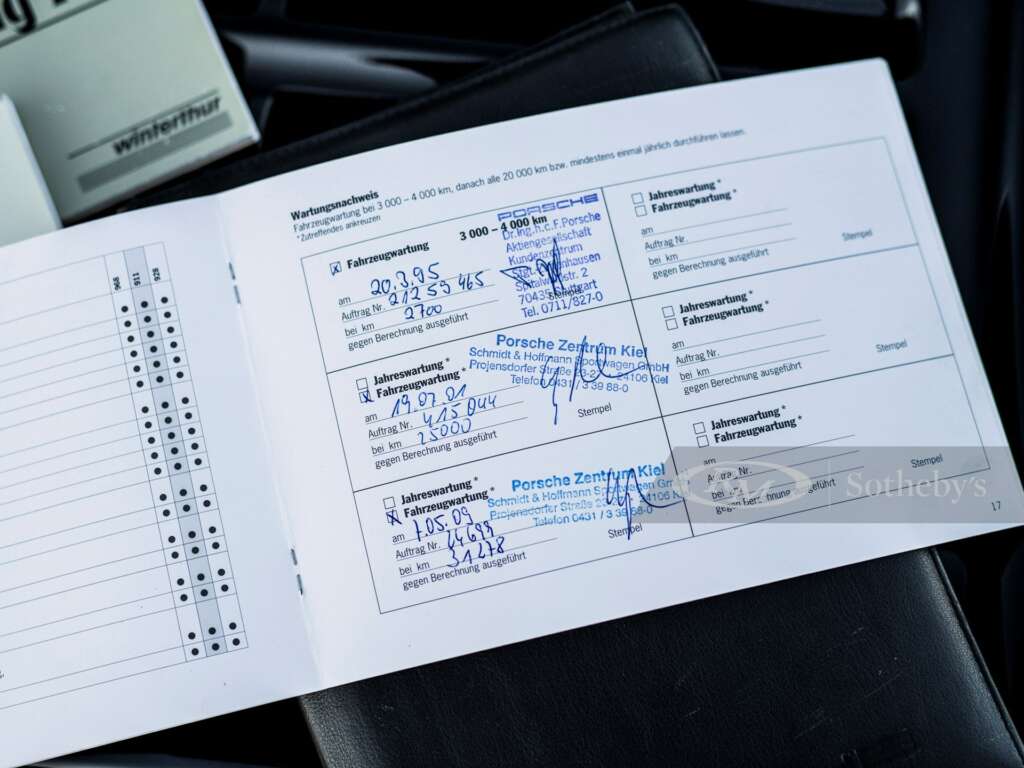