The title alone reveals so much that we could basically make the work of the description easy.

If there wasn't something to say about this special one-off. First of all: You will hardly ever find this "project" by an absolute perfectionist in the most positive sense on the market.

Such cars make your driver lonely on the street, valued reader. Even today - a good 10 years after its debut - you hardly encounter automobiles on public roads that take around 8 seconds to sprint from a standing start to 200 km / h and have to be braked voluntarily at 330 km / h ... 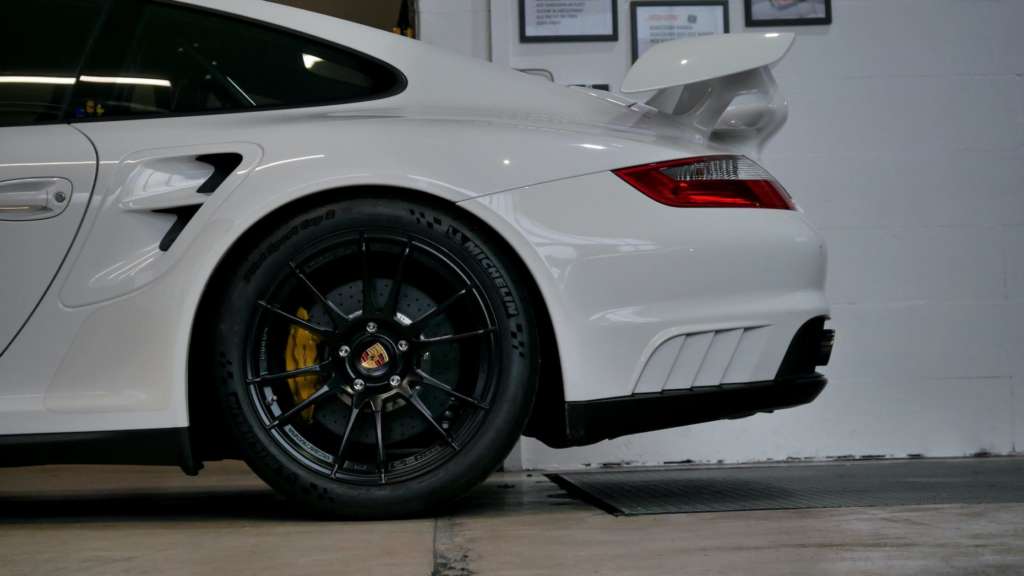 Who buys a brand new Porsche 997 GT2 Clubsport? Not correct. Not the one who can afford it, but the one who is lucky enough to get one of the rare copies. The financial willingness is often much more pronounced than the chance of access.

We come back to the real reason for the purchase intention. The GT2 is at the end of the food chain in the Porsche range. Thanks to its clever, visionary future policy, Porsche AG has long since become an all-rounder with SUVs and sports sedans in its portfolio. The formerly exclusively sports car manufacturer grew to become a global player and now serves around 20 times more customers per year than a not so long ago. But sports cars can still be built in Zuffenhausen. And what kind of!

Can you imagine what 700 horsepower feels like in a forced ventilation Porsche that doesn't carry a gram of too much fat on its body, and in terms of driving dynamics with the best available building blocks grew into a super sports car that itself today - 10 years after his Launched from the production line - no matter how "fresh" opponents may fear.

A thoroughly defined model athlete with an extra punch of performance that is sufficient for every conceivable situation in a car. In most cases, the driver is the weakest link in the chain, both on the public road, on which only a fraction of the special properties of this motor vehicle can be explored, and on the racetrack (where this vehicle basically belongs).

Despite its comfortable facilities such as air conditioning, navigation module and power windows, its “territory” and natural living space are clearly the slopes, not the public road. Only there, AND ONLY WITH A PILOT THAT DEEPLY DEALED WITH THE TOPIC OF DRIVING, does the driver discover a world that can be experienced beyond all the usual experiences in a sporty automobile.

The vehicle we presented was released into the world as the 997 GT2 Clubsport with 6-speed manual transmission, only to return to Porsche shortly afterwards, where it took care of its drive to help the owner with the pronounced hunger for performance.

The result was several months and tens of thousands of euros later a GT2 completely converted to GT2 RS. The differences between these two vehicles are so profound that not much remains of the original engine. Starting with the special motor housing with additional oil bores for cooling the piston crown to the independent suction spider, all the parts required for this plus the work time of an experienced mechanic easily reach the 50000 € uro limit, which is still far from over.

Gearbox, special clutch for higher performance and above all torque, both turbochargers with special, variable geometry, Unibal chassis joints, tires, rims, ... the list is almost endless and makes it clear how much effort Porsche AG makes with these vehicles and where in the end there is all the money that customers have to raise for it. If the whole package is then equipped with special catalysts, a high-throughput MM stainless steel exhaust system through the experienced hands of Andreas Appenroth, who is one of the best addresses in Germany for the individual coordination of all components and the driver, all of these measures come at the end Porsche comes into being, which hits the nerve of the sporty, ambitious Porsche driver at its core.

Even very critical natures will have nothing to notice on this GT2, dear reader. In addition to its exceptionally well-kept overall condition, it is above all the completely unused technology that works impressively solid like a Swiss Army knife.

However, this is only as a prelude to a few hard facts that interest anyone interested in such an automobile.

First hand, accident and refinish-free, complete Porsche checkbook maintenance, complete history from the date of purchase without any maintenance jam, original club sport equipment ex works, conversion to GT2 RS by Porsche including all bills and the like. Measured data, camber trace logs, etc. Garage vehicle, exclusively summer and fair weather operation, including, of course, piste operation, but only against your own watch, never in competition. Incidentally, these vehicles were built by Porsche for this. They are completely unsuitable for vacation and walks. For this, among other things, Porsche also makes much more suitable models if the passengers also want to go out picking flowers. The GTs of this house come directly from racing, and that's how they want to be understood and driven.

We are at your disposal for any further questions and look forward to your visit.

Thank you for your attention 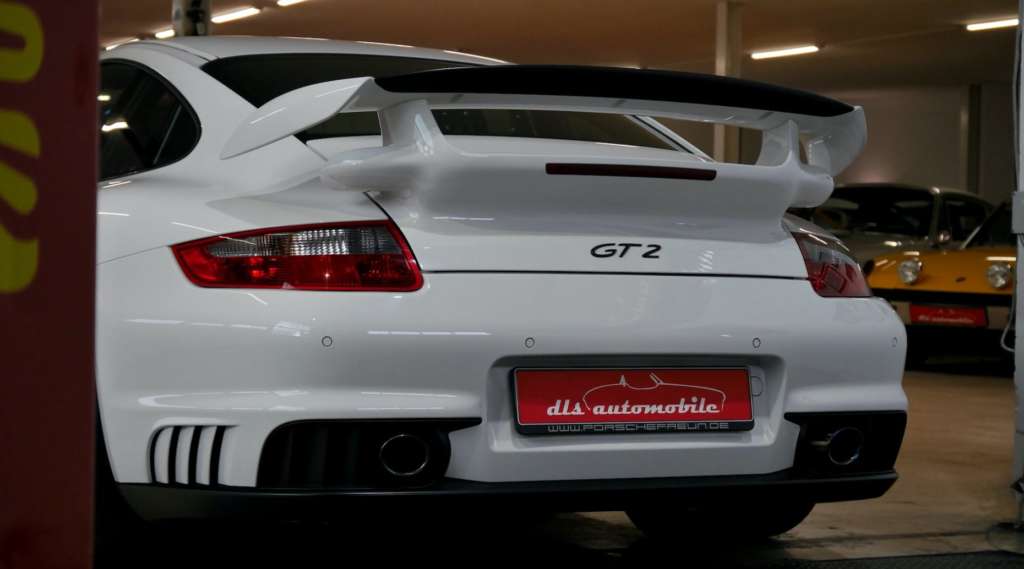 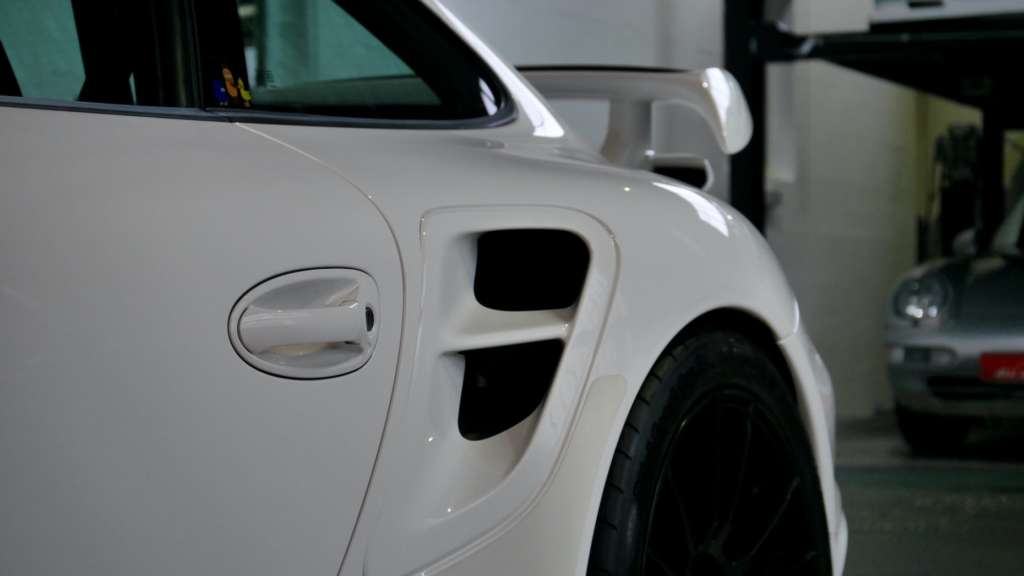 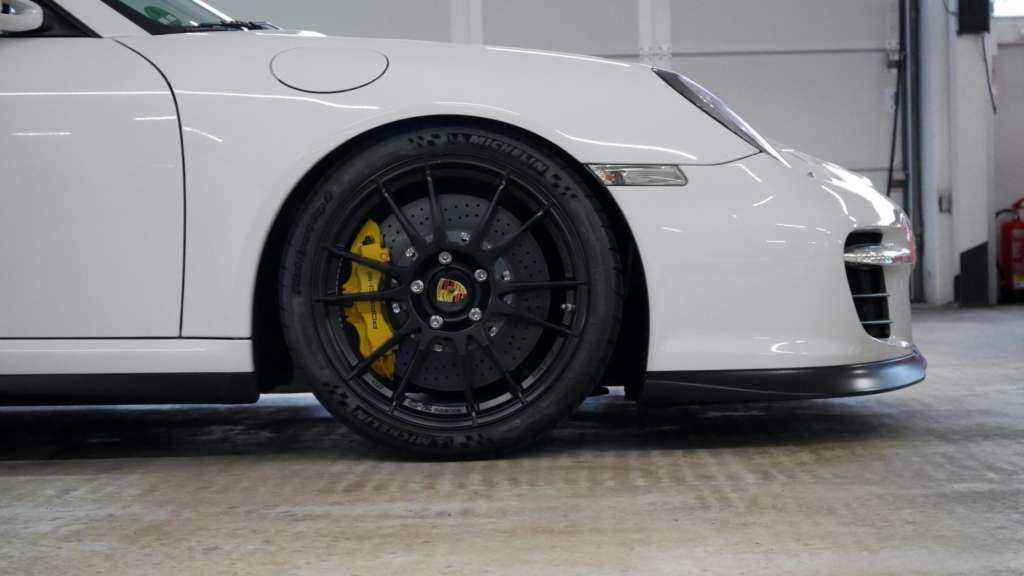 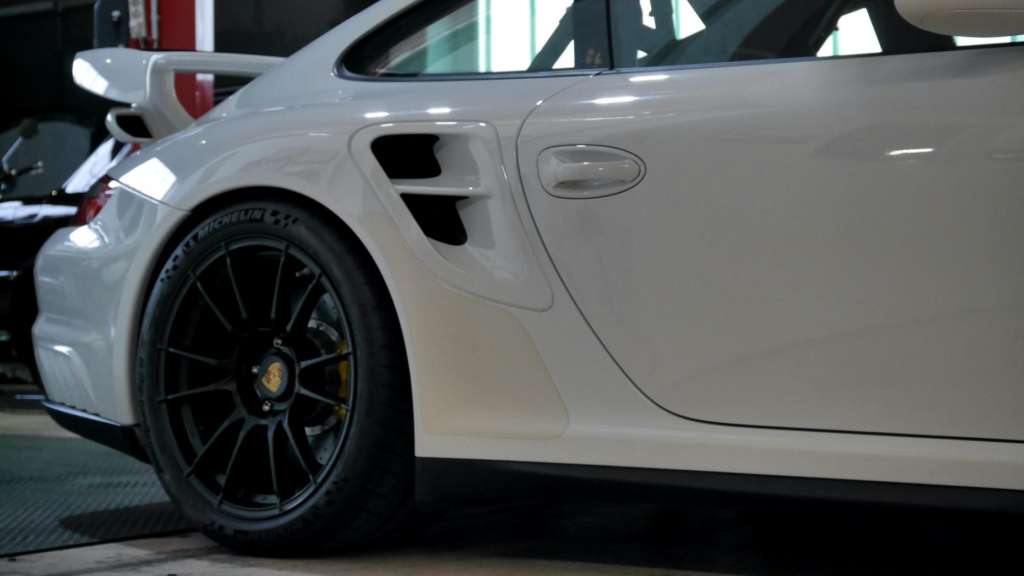 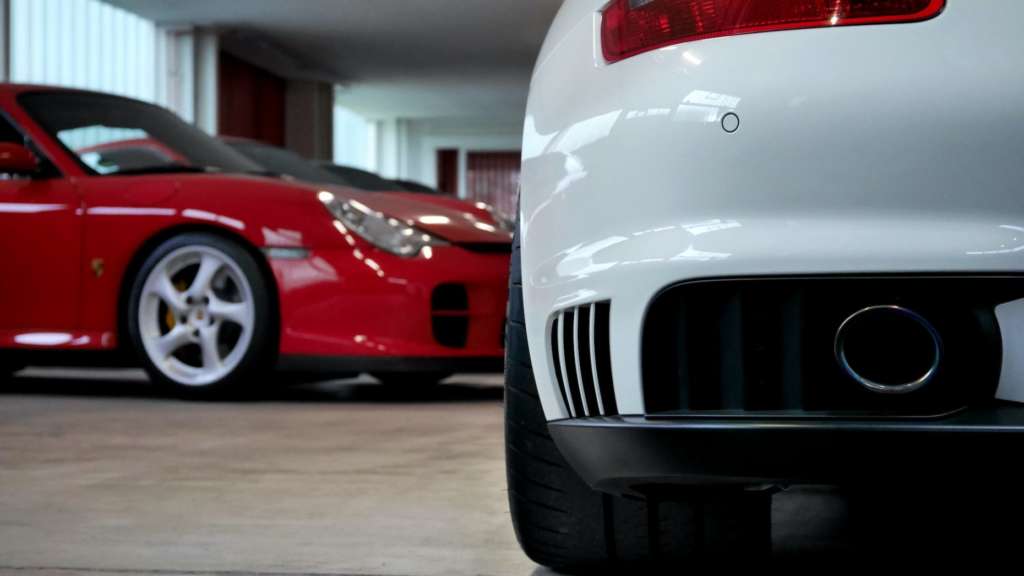 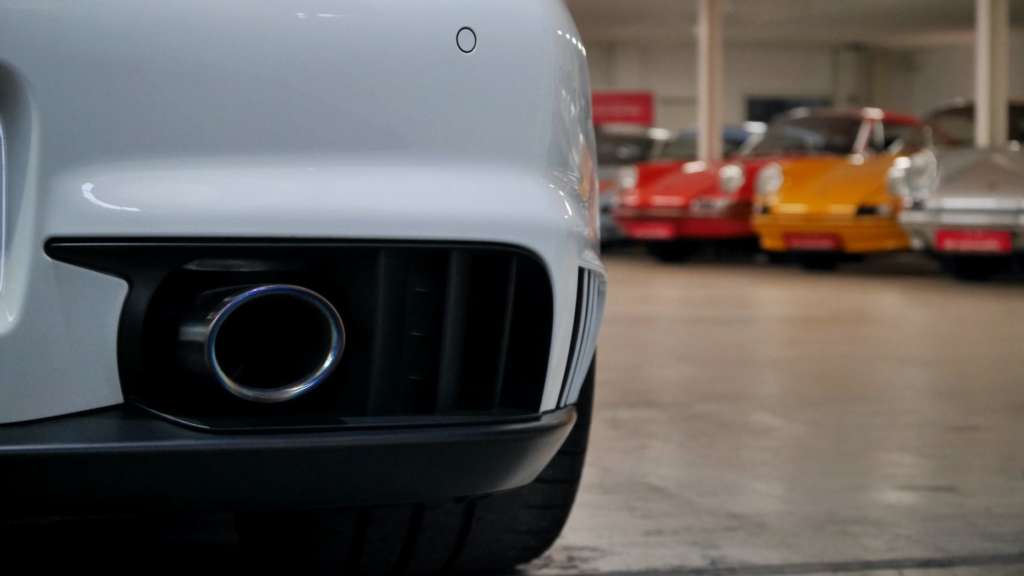 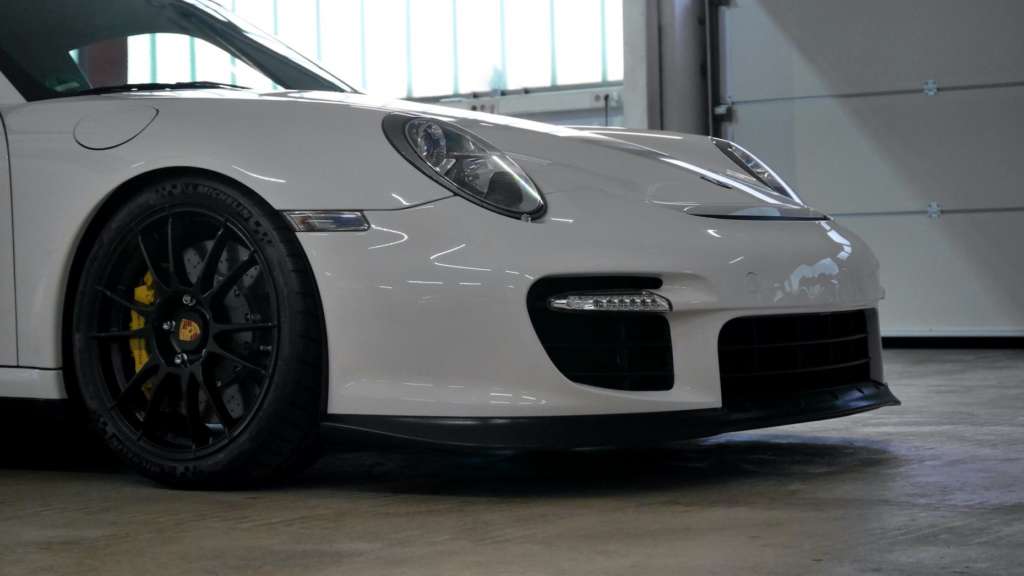 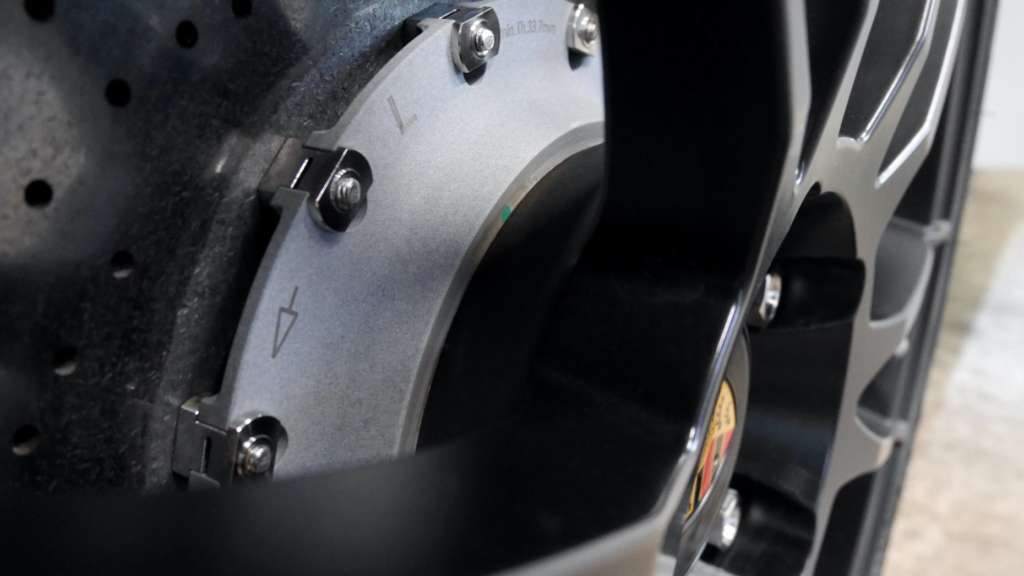 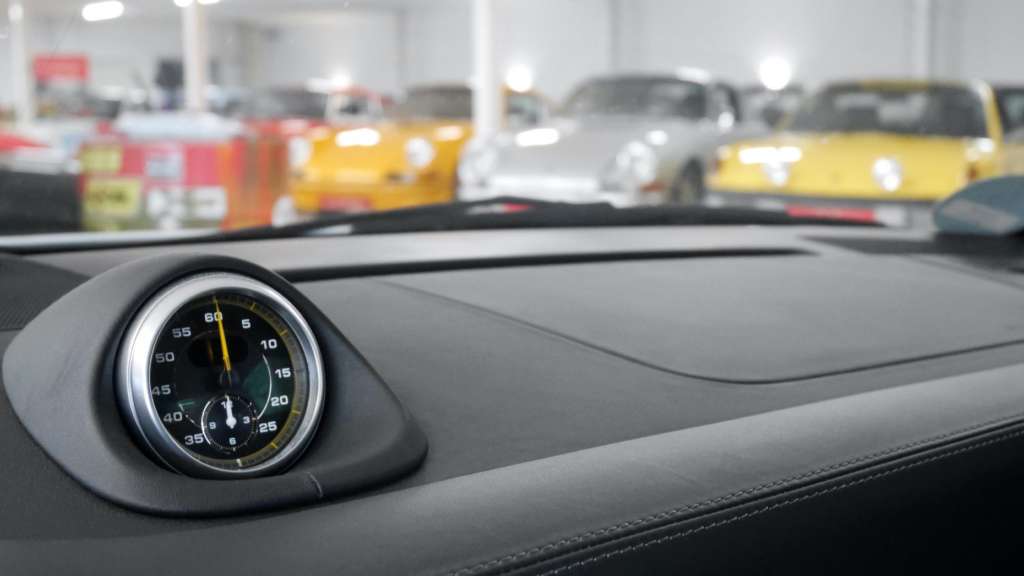 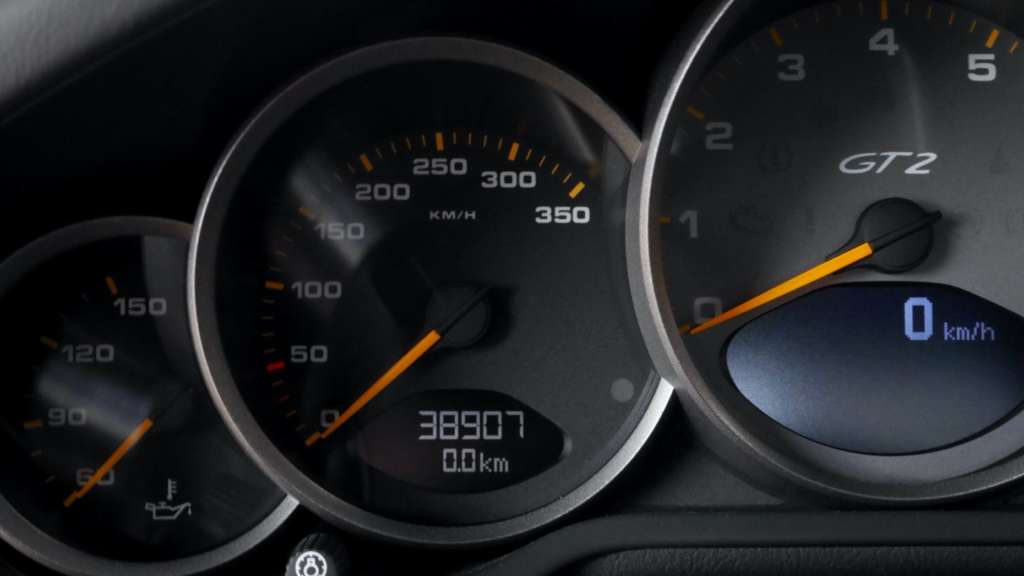 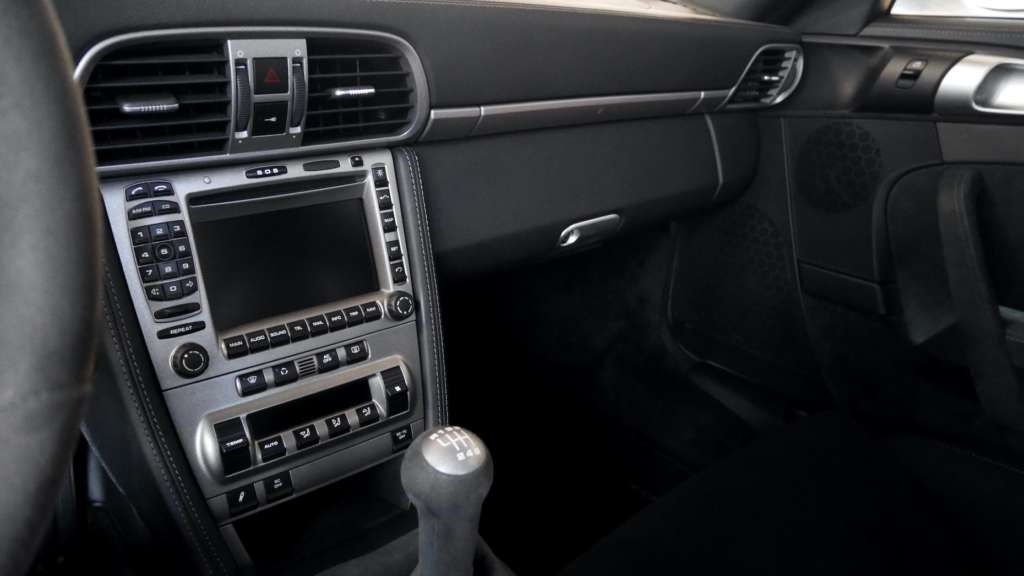 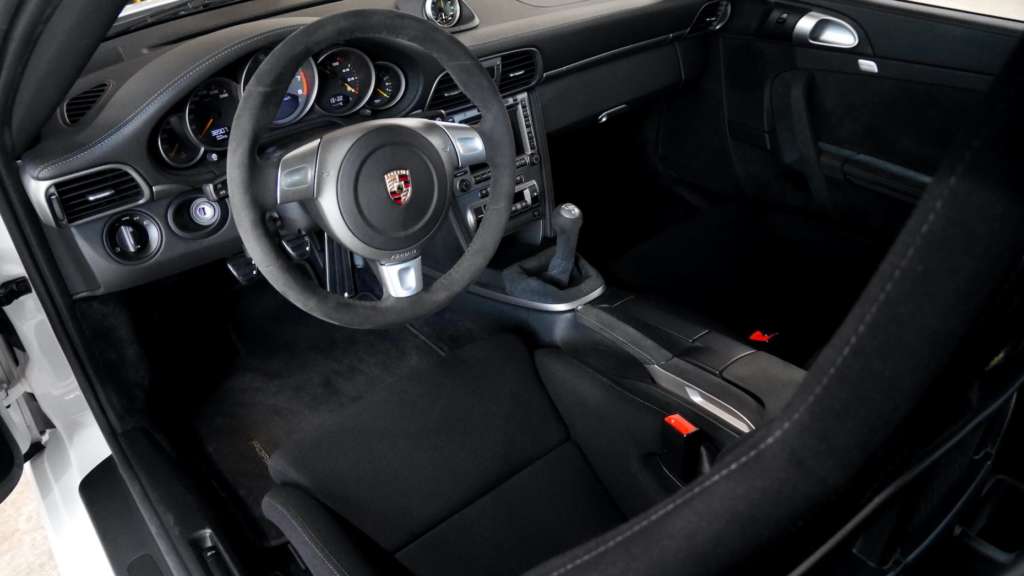 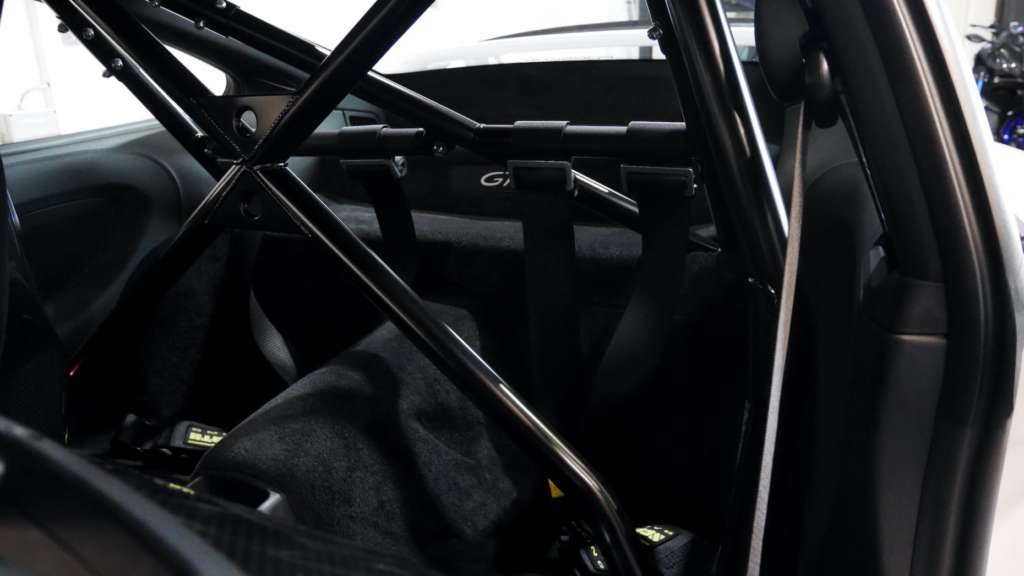 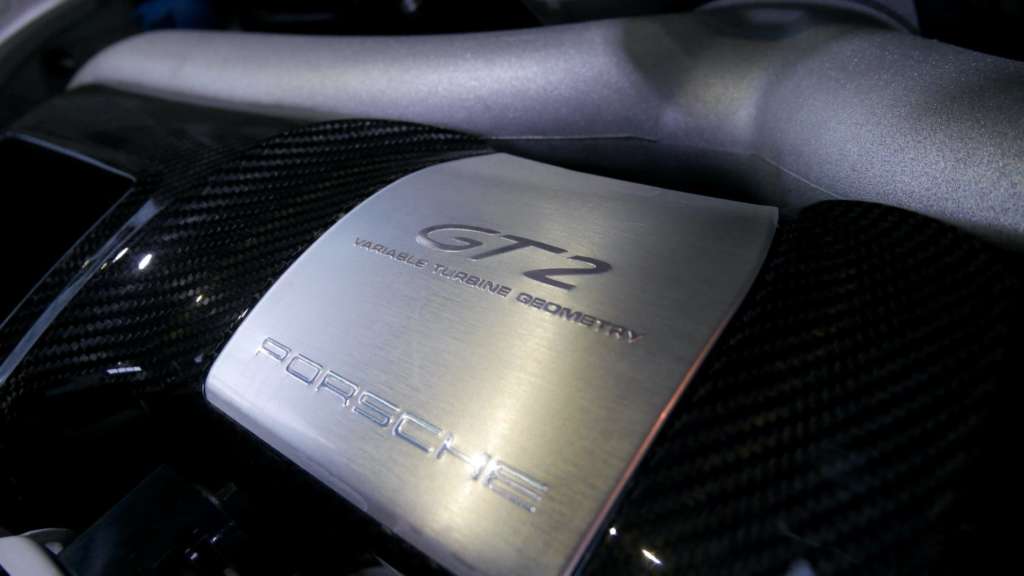 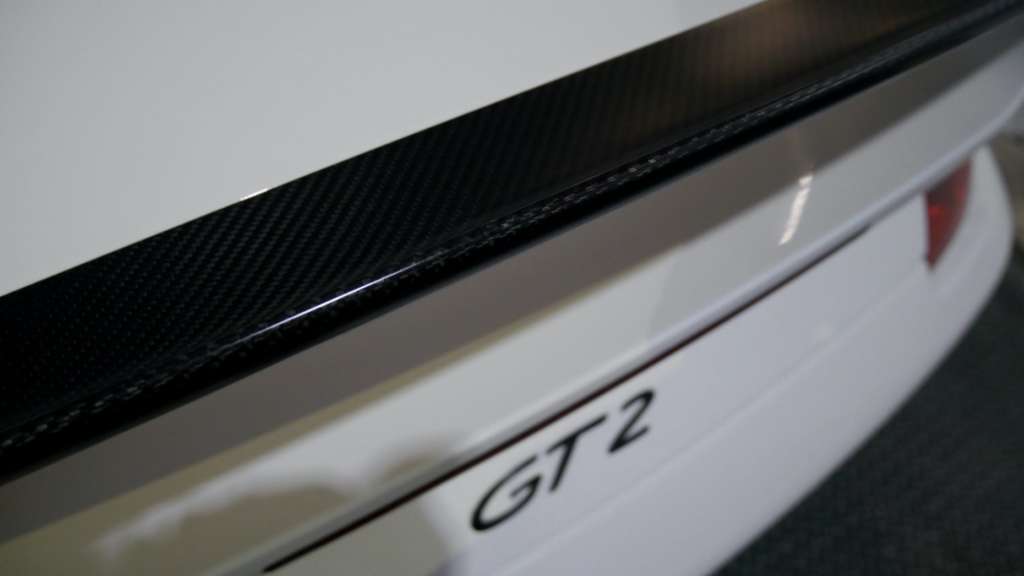 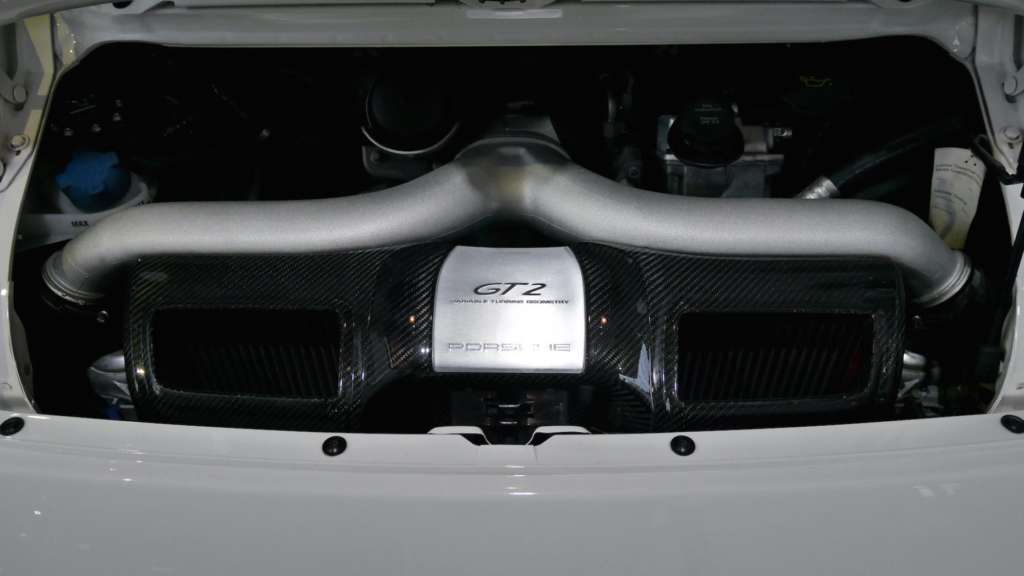 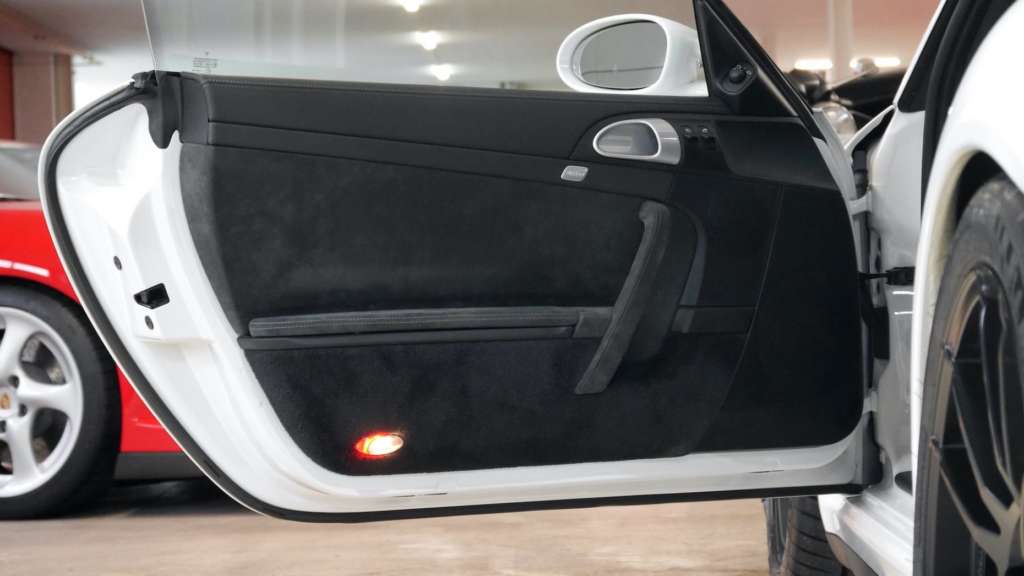 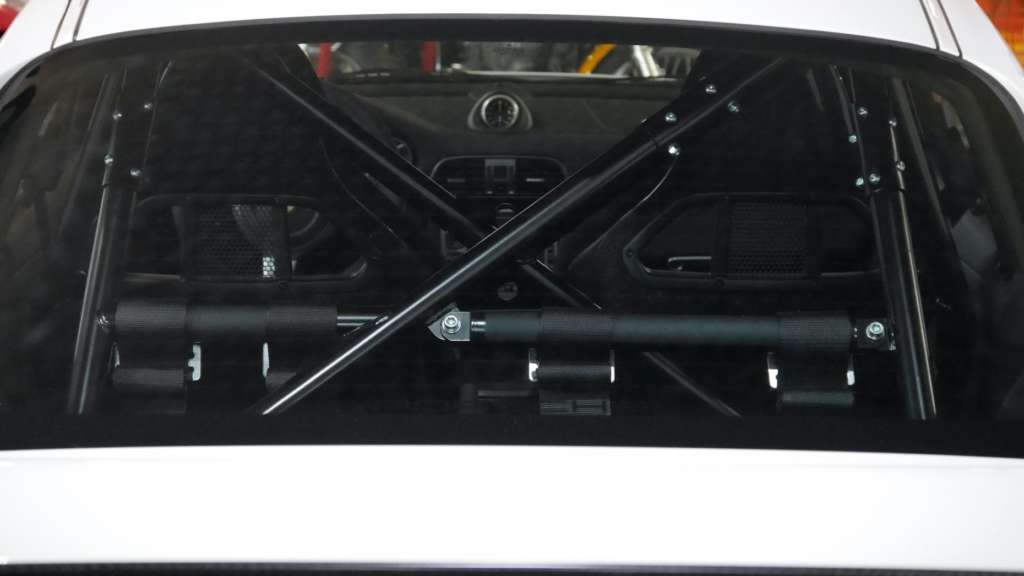 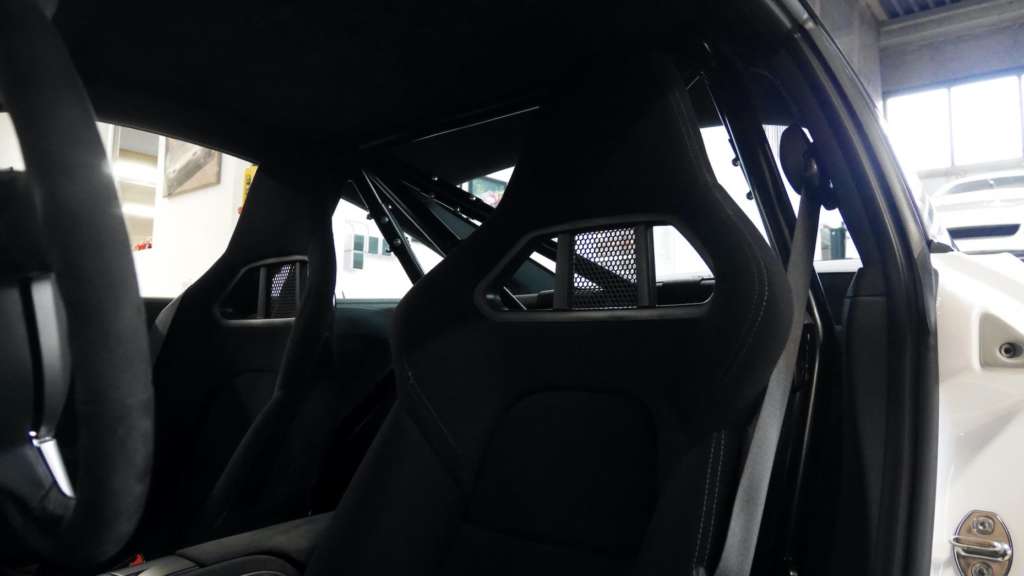 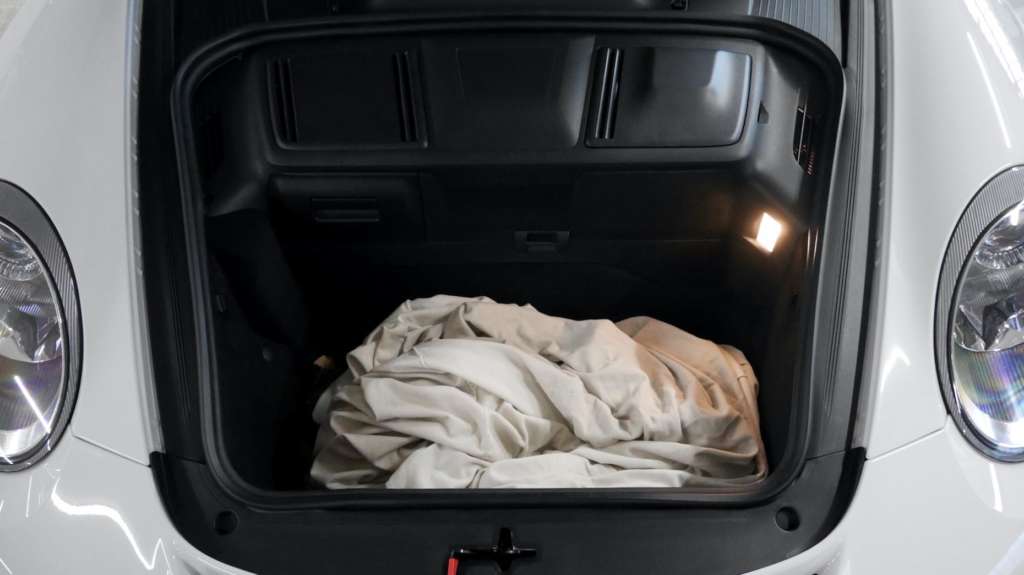 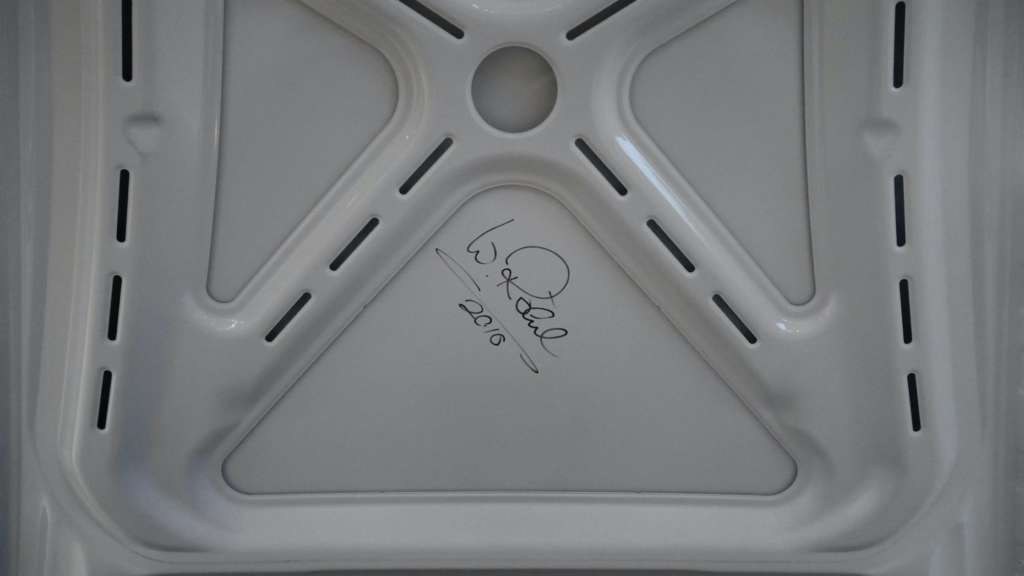