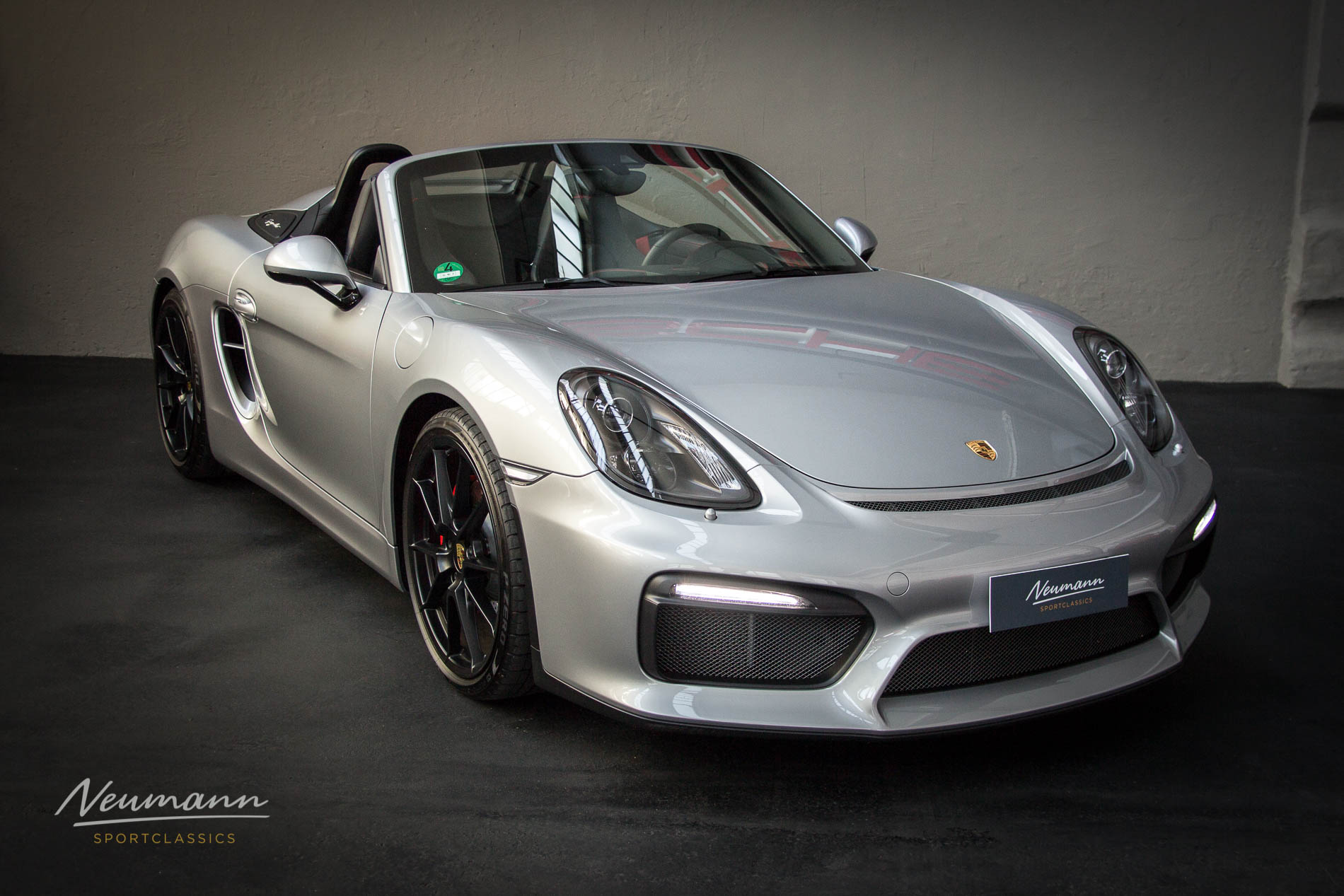 Inspired by the cult car of the 1960s, the 718 Spyder, the first modern 981 Boxster Spyder 2016 was presented. Porsche wanted to offer the Spyder a lighter and more powerful Boxster, which should take over the former S-model seat.

375 hp at 6,700 rpm has the almost four-liter boxer engine, sounds impressive, but it's just numbers. In just 4.5 seconds to 100 km / h, 290 km / h top speed. But the Spyder offers even more. The charm of this vehicle is of course not in the very effective numbers, but in how he drives.

Visually a vehicle that has a high recognition value due to its GT-Silver factory-finished paint finish and the soft-top hood that characterizes the Spyder.

The interior is anything but standard with a combination of black leather and Alcantara, contrast color red stitching as well as red seat belts, red door loops and carbon details. We are happy to create a financing offer for you on favorable terms.

Visit only possible after prior appointment. We ask for your understanding.

Statements made on the internet are non-binding descriptions and do not constitute guaranteed properties. The seller is not liable for errors, input errors and data transmission errors. Changes and prior sale reserved 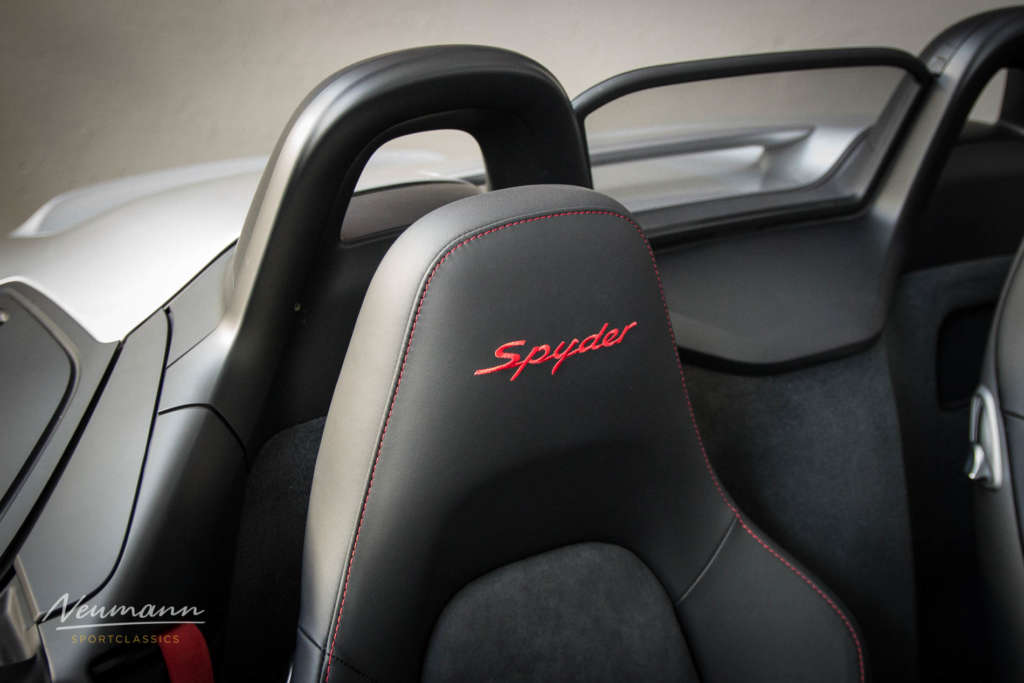 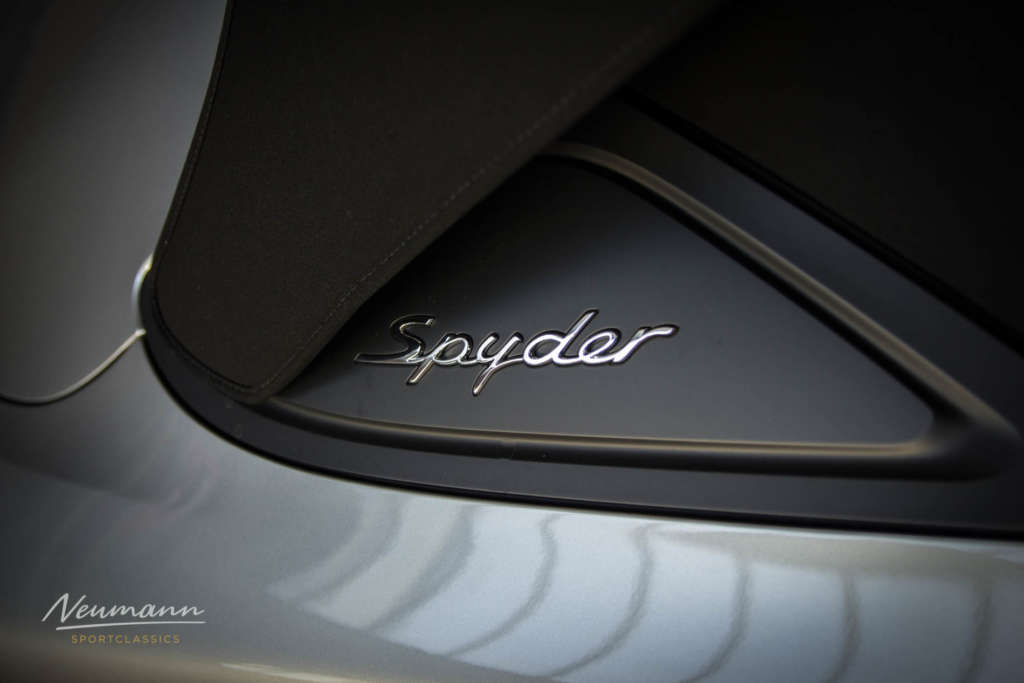 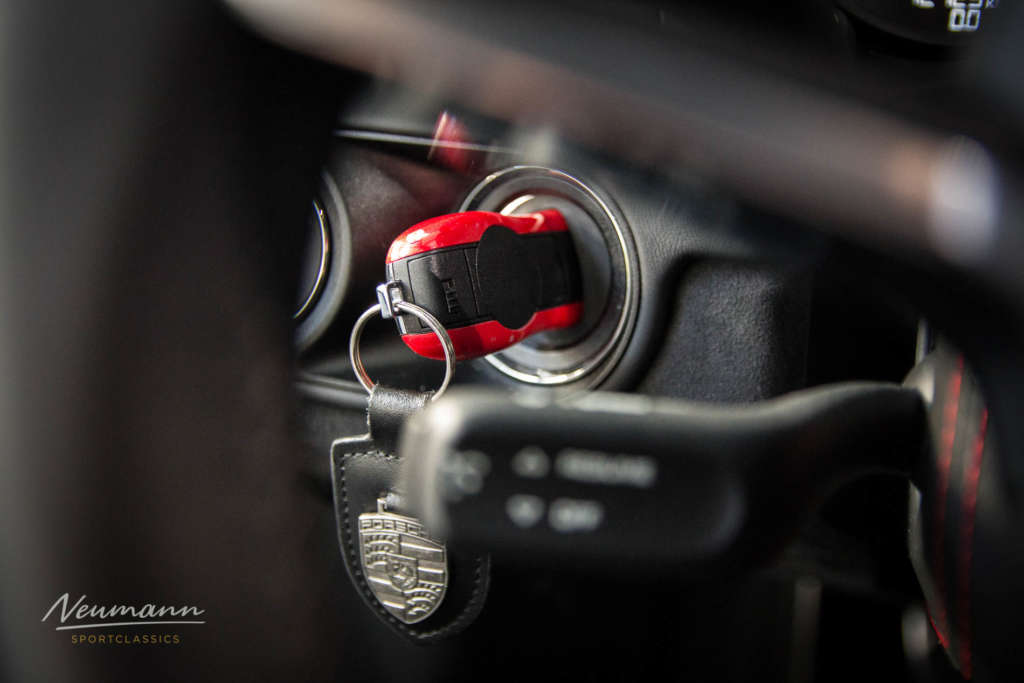 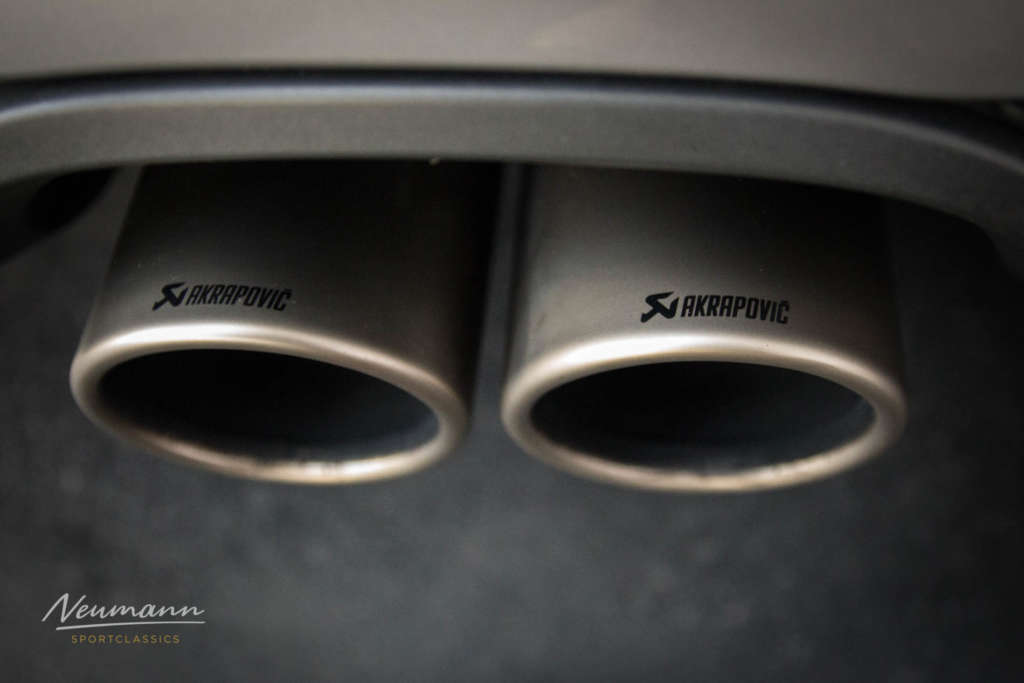