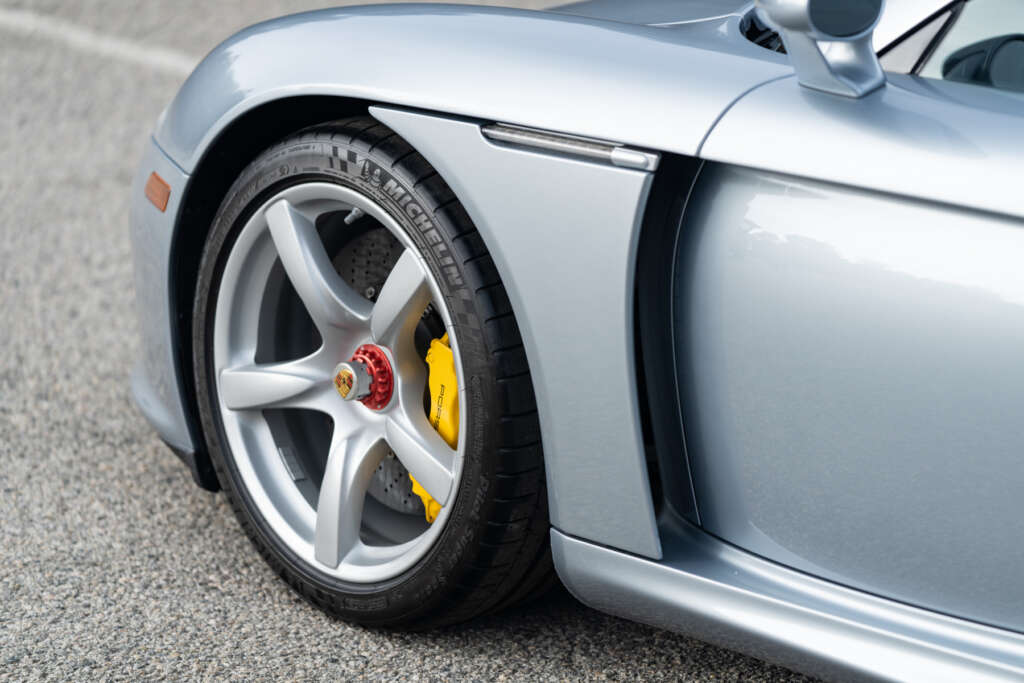 The Carrera GT was first unveiled to the world as a concept car at the Paris Motor Show in 2000. More exotic than any road model Porsche had previously built, high interest from would-be consumers of the model encouraged Stuttgart to commit to a limited-production run in 2003, with a total of 1,270 examples of the ultra-performing Carrera GT built before construction ceased in May 2006.

Erasing any doubts, the design was based on the production 911; the lines of the Carrera GT were simple and taut, with a sleek front fascia, and perfectly radiused wheel openings. The driver-focused magnesium, leather, and carbon fiber cockpit featured a central housing to accommodate all buttons and switches, while a Beachwood gearshift lever paid homage to the iconic 917 race car that gave Porsche its first overall wins at the 24 Hours of Le Mans in 1970 and 1971.

A production car first, the monocoque chassis was manufactured from carbon fiber reinforced plastic (CFRP), and paired with ground effects that could pull the car to the road at speed. For the suspension, Porsche fitted spring and damper elements operated by stainless steel pushrods and pivot levers mounted within the chassis structure.

Designed for Le Mans, but never raced, the mid-mounted 5.7-liter V-10 delivered 605 hp at 8,000 rpm and 435 lbs./ft. of torque at 5,750 rpm to the rear wheels through a six-speed manual transaxle with a twin-plate ceramic clutch. Excess speed was scrubbed off by a lighter-weight Porsche Ceramic Composite Braking system (PCCB) that also reduced unsprung weight. The Carrera GT offered no electronic stability control system because, as Porsche expounded, “the driving behavior is very good, and there is, therefore, no need for it.”

Testing by Car and Driver in June 2004 showed the car was capable of accelerating from 0–60 mph in 3.5 seconds, and 0–100 mph in 6.8 seconds, on the way to a 205 mph top speed. In the February 2004 issue of Automobile magazine, comedian and uber-Porsche enthusiast Jerry Seinfeld said, “take it from someone who has turned almost every dollar I could get my hands on into something made by this company. The Porsche Carrera GT is not just the new benchmark, it’s the new bench.”

One of 644 examples dispatched to North America, this 2005 Carrera GT was delivered new through Rusnak Porsche in Pasadena, California, to its first private collector owner on August 5, 2005. Finished in paint-to-sample Polar Silver metallic – a bright silver with just a hint of blue, markedly different from the GT Silver – over a dark gray leather interior, this example is set apart from others by being one of 19 factory paint-to-sample Carrera GT models built for the North American market, one of six painted in a metallic hue, and, furthermore, one of just two in the world painted in Polar Silver metallic.

Registering under 2,400 miles on its odometer at the time of cataloguing, this Carrera GT presents in exceptionally original and unmarked condition throughout. While accruing little mileage, this car was nonetheless regularly serviced at authorized Porsche dealerships with receipts and invoices on file. Apparently driven with restraint, a recent reading of this Carrera GT’s Bosch Motronic DME on file reveals just 113.8 total operating hours elapsed.

This pristine, low-mileage Carrera GT is accompanied by its books, keys, window sticker, battery tender, covers, as well as its optional seven-piece matching leather luggage set comprising of a travel bag, briefcase, shoulder bag, suit bag, center console bag, and two tool bags. Standing out as one of the last supercars built that still rely on pure driver skill to get the absolute most out of it, the sale of this sought-after and charismatic Carrera GT is one not to be missed by the serious Porsche collector. 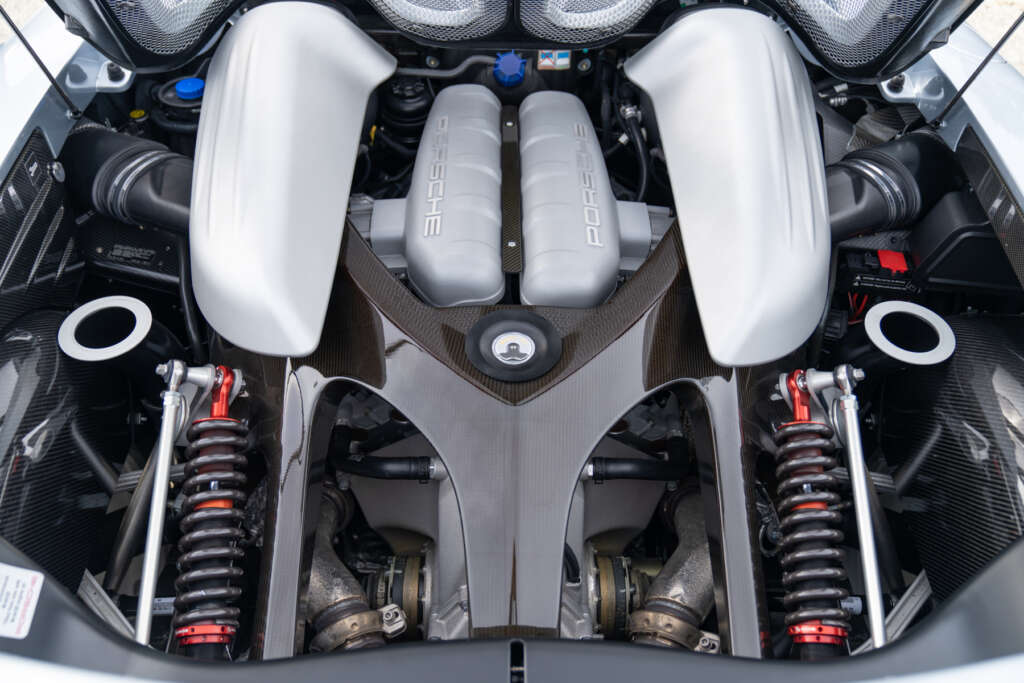