Here we present you some information about the 356 and some Porsche 356 for sale:

The Porsche 356 is a sports car which was first produced by Austrian company Porsche Konstruktionen GesmbH (1948–1949), and then by German company Dr. Ing. h. c. F. Porsche GmbH (1950–1965). The Porsche 356 was Porsche’s first production automobile for sale. The 356 is a lightweight and nimble-handling, rear-engine, rear-wheel drive, two-door available both in hardtop coupé and open configurations. Engineering innovations continued during the years of manufacture, contributing to its motorsports success and popularity. 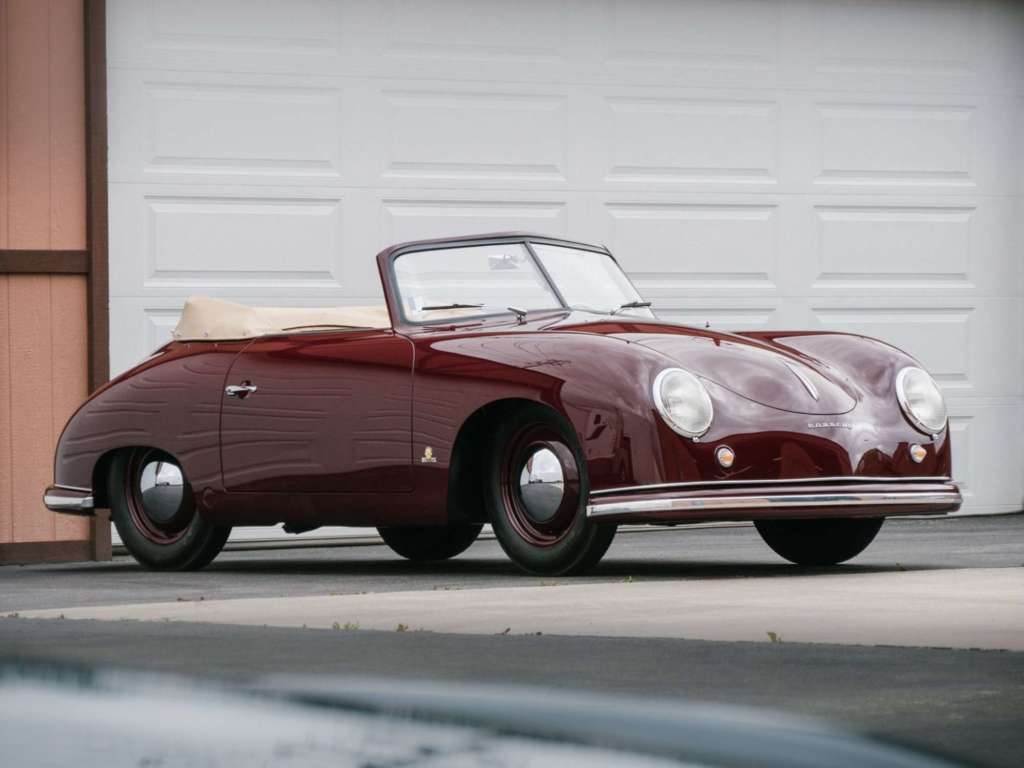 Production started in 1948 at Gmünd, Austria, where approximately 50 cars were built. In 1950 the factory relocated to Zuffenhausen, Germany, and general production of the 356 continued until April 1965, well after the replacement model 911 made its autumn 1963 debut. Of the 76,000 originally produced Porsche 356, approximately the half have survived.

The history of the Porsche 356

The engine of a 356 is cooled by air instead of water and operates with 4-cylinder. In 1948 the first car came out from production in Austria. Back in those days, parts of Volkswagen and aluminium for the bodies were used to built up this Porsche. As a consequence of the relocation to Germany in 1950, the production of the bodies was converted to steel. In 1951 it emerged as a winner of the legendary 24-hour Le Mans race. Therefore, the Porsche 356 became famous for extraordinary performance and aerodynamic design.

After numerous racing honors, Porsche was able to achieve success on the sales market and in 1964 more than 10,000 356s were sold.

Technical specifications about the Porsche 356: