Here we present you some information about the 981 and some pre-owned Porsche 718 for sale:

The Porsche 982 is the internal designation for the fourth generation of the Boxster/Cayman from Porsche. With the switch to a new turbocharged four-cylinder engine, the marketing name for the models was changed to Porsche 718, in reference to the Porsche 718 that won the race in the Targa Florio in 1959 and 1960. The name is intended to recall Porsche’s earlier racing successes with light vehicles such as the 718, which outmanoeuvred the competition with larger and more powerful engines. 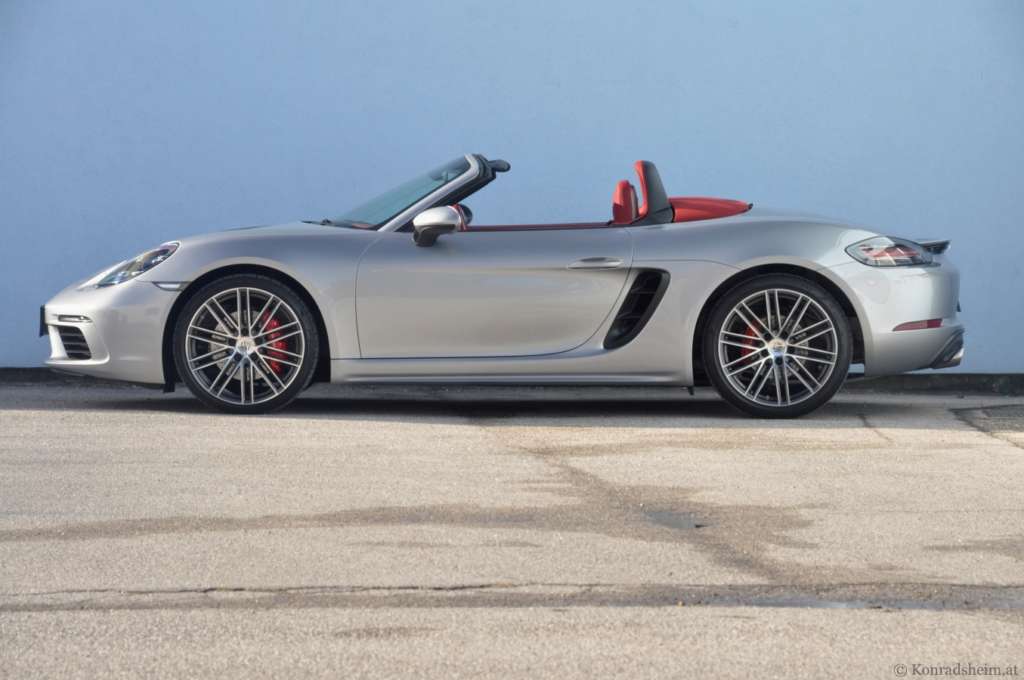 In 2016, the Porsche Boxster was introduced under the name 718. In terms of performance, Porsche uses a four-cylinder turbocharged Boxer instead of a six-cylinder boxer engine without turbocharging. Although the displacement of the basic versions is reduced, the turbocharging leads to an increase in performance. In addition, the fuel consumption of the 718 models drops to 0.9-1.0 l/100 km.

The 982 Cayman is a mid-engine sports car which was presented at the Beijing Motor Show in April 2016 under the 718 series of Porsche. The Boxster and Cayman were thus combined under this model series. Technically, the Cayman is similar to the Porsche 718 Boxster (model 982), which was also presented in 2016. Other than the predecessor Cayman type 981, the new Cayman is powered by a four-cylinder turbocharged boxer instead of a six-cylinder boxer engine without turbocharging.

Technical specifications about the Porsche 718: