You want to buy a pre-owned Porsche 944?

Here we present you some information about the 944 and some pre-owned Porsche 944 for sale:

Porsches strategic reorganization at the end of the 70’s  broke with a lot of traditions. Away from rear- or mid-engined layouts with flat four- or six-cylinder engines, towards the watercooled front-engined car with transaxle transmissions. The purists cried out, but the tremendous sales figures of the 924 saved Porsche from their financial difficulties, caused by the oil crisis. As an evolution of the more or less mass product 924, the Porsche 944 was introduced in 1981. It was built in the same as the 924, the Audi factory in Neckarsulm. 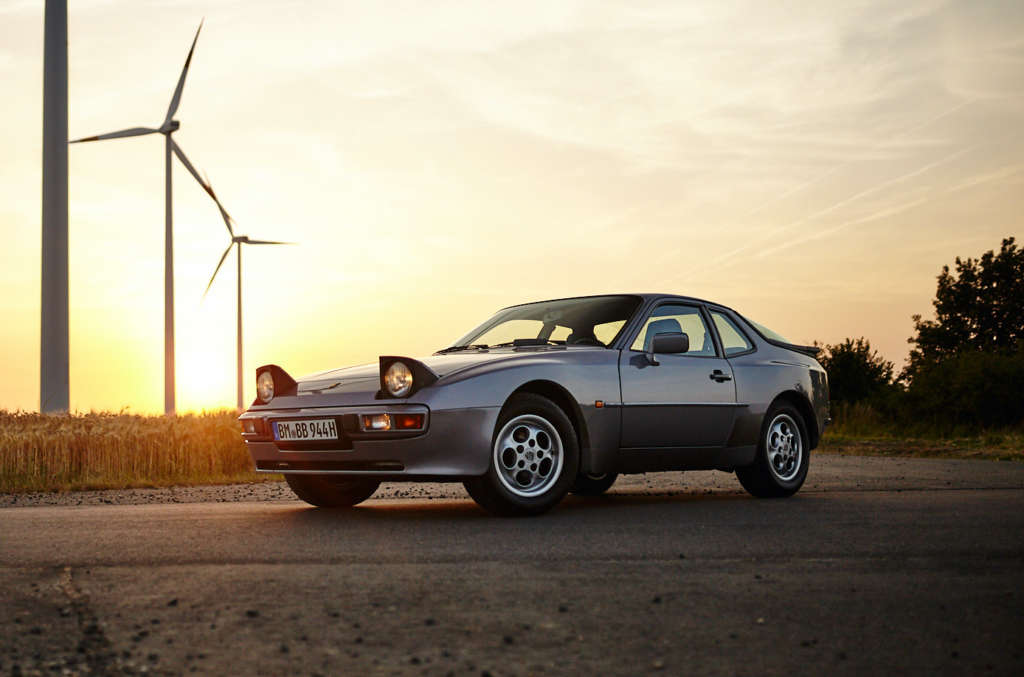 The development of the 944 Porsche

As mentioned above, the 944 was developed after the 924. In the beginning the 944 was only offered as a coupé and was only equipped with a catalytic converter from 1985. The basic version of the Porsche 944 has a power of 163 HP (120 kW) and was equipped with a 4-cylinder standard engine. In addition to the Coupé, Porsche also launched a convertible version of the 944 with the Porsche 944 Turbo Cabriolet. The 944 Cabriolet was produced for three years and has a total of 7,000 Cabriolets sold. Production of the Porsche 944, which was very popular at the time, was discontinued in 1991.

Whereas the first generation 944 (944/I) had a lot of similarities to his smaller brother 924, the revised 944/II, which was built from 1986, got a more solitary instrument cluster with four instead of the previous three circular gauges. In addition, Porsche designed a new center console with a storage compartment and new, more contemporary climate control unit, which no longer reminded the Porsche buyers of the 70’s Golf or Scirocco. For an extra charge you could even order airbags for the driver and the passenger. If you would like to know more about the Porsche 944 S2, you will find further information in our Elferspot buyer’s guide: Buyer’s Guide: Porsche 944 S2

In our Elferspot magazine, you can find some interesting articles about the Porsche 944: Elferspot Magazine – 944 Porsche

Technical specifications about the Porsche 944: