You are looking for a pre-owned Porsche 964 Turbo for sale?

Here we present you information and some Porsche 964 Turbo (3,6) for sale:

The third generation of the Porsche 911 Turbo was presented at the Geneva Motor Show in 1990. In its first version, the new model retained the mechanical basis of its predecessor, the 930 3.3L. In addition, Porsche quickly increased the engine capacity and power. Until finally the highest performance level is reached with the 385 hp lightweight Turbo S. 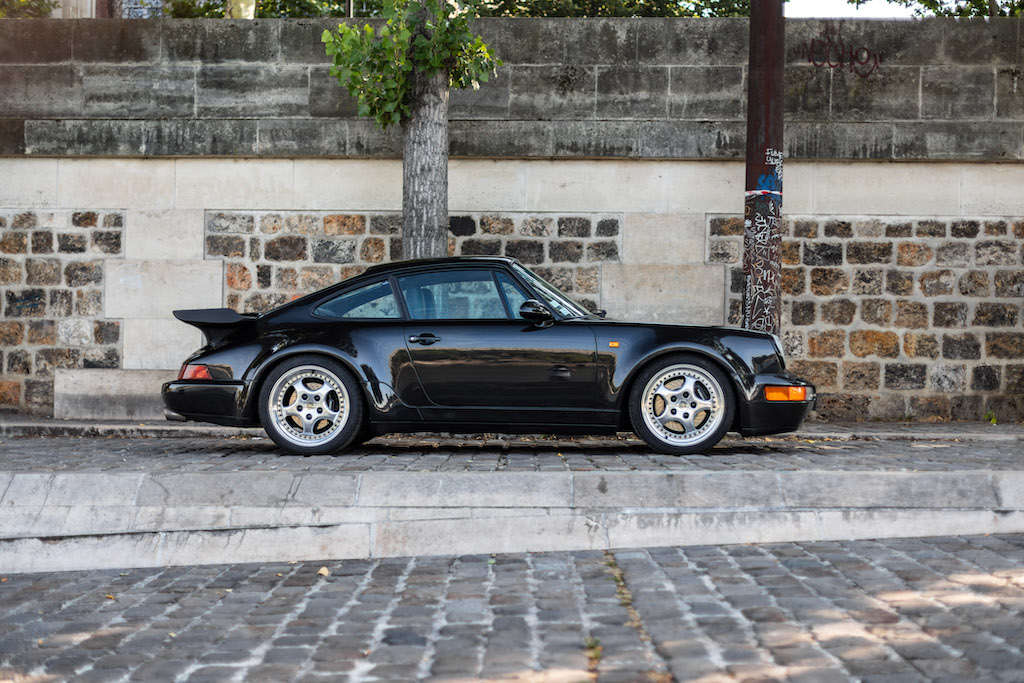 Although the first Porsche 964 Turbo retains the 3.3-litre engine of the 930 as its mechanical basis, it makes several technical modifications that increase the maximum power to 320 hp and 5,750 rpm. With the new turbo engine (factory designation M30/69) the maximum torque is now 450 Nm at 4500 rpm. In addition, this is delivered over a wider range thanks to the use of a new KKK turbocharger with 0.7 bar, a new air/heat exchanger and a new K-Jetronic injection system. In addition, a dual-mass flywheel reduces vibrations and the sound insulation is significantly increased.

In the Carrera Cup, the 3.6-litre Carrera engines proved their durability. This is why Porsche engineers are charging the 3.6-litre power unit with turbo technology. In addition, the turbocharger, catalytic converters and intercooling are taken over unchanged from the 3.3-litre engine. In addition, the revised chassis has been lowered by 20 mm. Red brake calipers of the 911 Turbo S can be found behind the three-piece 18-inch wheels. A chrome-plated “Turbo 3.6” lettering has been applied to the bonnet. In addition, the extended scale of the speedometer shows 320 km/h. Quantity built: 1.437

If you are looking for used Porsche 964 Turbo for sale and would like more information, you can find more about the Porsche 964 here:  Elferspot Magazine – Porsche 964