We at Elferspot Magazine are constantly on the lookout for interesting, exciting or even unusual Porsche stories. We are particularly interested in the people behind the wheel, who with love and passion make these cars their personal treasures. The world wide web and social media platforms offer a wonderful playground to get in touch with interesting personalities. This time we had the opportunity to talk to the Austrian car nut Nora. Nora is thoroughly enthusiastic about cars and has owned a beautiful Porsche 997 Turbo in the rare color dark olive metallic for over 2 years.

Hi Nora! We’ve got to know each other via social media, Instagram to be precise. We’re following your feed for quite some time and are well informed about your Porsche enthusiasm. It’s a very welcome diversion to see a women showing as much passion for Porsche as you do, since the Porsche universe is usually a bite male-dominated. To get to know you a bit more, let’s start with a very simple question: Who are you?

Hi! I’m Nora – the small woman with the big heart for fast cars. A short sentence, which pretty much hits the nail on the head, I think.

When did you discover your passion for cars?

I was very much into cars at school already. On the school run, I always looked out for pretty cars and imagined, what it would be like to drive one of those in the future. Whenever I saw a cool car in a parking lot, my friends were very annoyed and bored, because they had to wait for me. We were often late for school, because I admired cars in a car park.

Right now, you’re driving a very nice 2006 Porsche 991 (997) Turbo. What’s the story behind that purchase and why did you pick that exact model?

That was absolutely unintentional and pure coincidence. But I really like the story behind it. At the time, I wanted to inspect a different car with my boyfriend and we met up with the owner. A very nice guy, who we spoke to at the lights, after he drove with his Audi RS4 next to us. He didn’t want to sell his car, but we’ve been a bit persistent, so he started thinking about it. He invited us to his home, so he sort of liked us, I think.

Right until this day, I didn’t have anything to do with Porsche at all. I knew some Porsche owners, but they failed to make a good impression to me.

As you can imagine, I was full of anticipation for the RS4 – but as the garage door opened, “my” Turbo stood right in front of me. I didn’t even know, that man owned a Porsche and I was on cloud nine immediately. Right until this day, I didn’t have anything to do with Porsche at all. I knew some Porsche owners, but they failed to make a good impression to me. They were pretty strange people and although that shouldn’t have bothered me, I didn’t want to become “one of them”. I’m not a big fan of regular owners club meetings and such things, just because a certain group owns cars of the same brand.

I really love driving on my own, enjoying good music. As I was content with our little Audi pack, I never really thought about Porsche. But I always said, that if I’m going to buy one, it has to be a 997 Turbo. That has always been the perfect model for me. 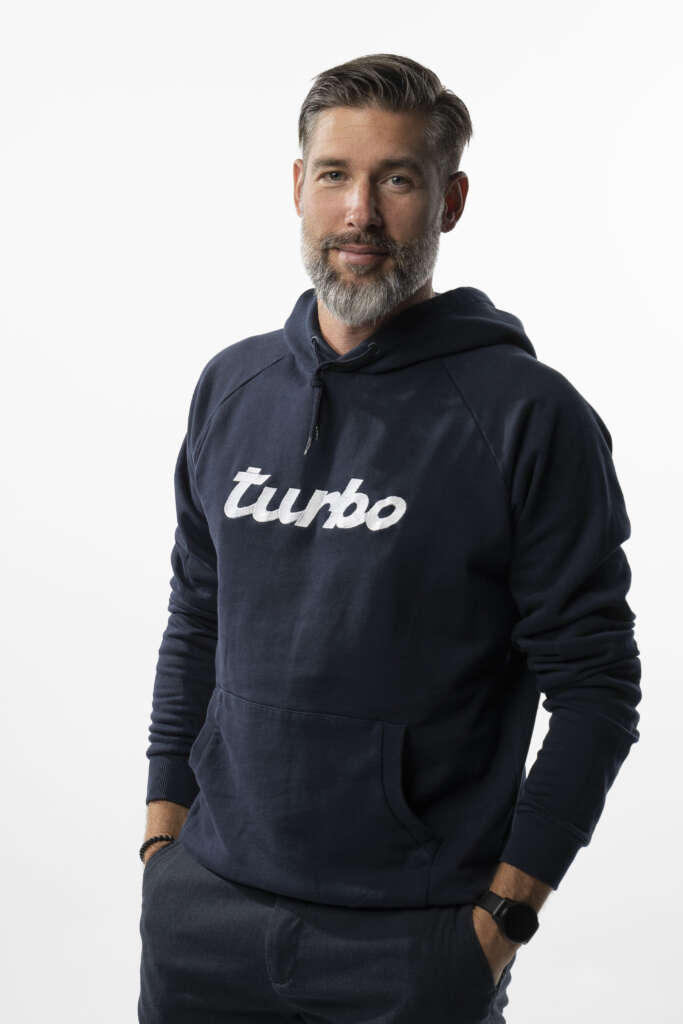 Anyway, that little gem stood there in the garage. Absolutely not for sale, of course – just as the RS4, which lost a lot of its appeal with the Porsche Turbo standing next to it. The man seemed to be extremely attached to the Porsche. Just from the stories he told, we’ve got the impression, that he would never sell this car, which I totally understood, as the car looked amazing. With its paint to sample color (which I haven’t seen on any car at all until that day), the exclusive interior and the cinnamon leather it was a real looker.

I never thought, that he would sell the car at all, but in the following January, he really called me and said “The day has come”.

Long story short: It was a very nice afternoon and we’ve had a pretty nice car oriented chat. I bought the RS4 in the end, by the way, but I said to the seller, that we should stay in touch, as the last word about the Porsche hasn’t been spoken out! That was in September or so, if I remember correctly. I regularly asked him about the Porsche, even though I didn’t have high hopes.

I never thought, that he would sell the car at all, but in the following January, he really called me and said “The day has come”. He wanted to let me know, that if I’m still interested, I can have it right now. A week later, the Turbo was in my garage. Surely, I will never forget that very special day…

But according to you Instagram feed, you’re still having a strong bond with Audi, right?

That’s right. My first car was an Audi A4 2.8 Quattro – old, a real gas guzzler and with very high mileage, but it was perfect for me and pretty cool at the time. I was immensely proud of the car and just got stuck with the brand, despite all ups and downs. In 2006 I bought my first RS4 and in 2015 the second one. Both cars belong to me until this day. They are my collector’s items and I treat them, as if they were my kids. I hope, that I will never have to sell them.

How often do you drive your Porsche 911 Turbo? Is it your daily driver?

Uff, that varies and depends on the available time. Compared to the Audis, I use it quite a lot. With the RS4s I’m doing around 1,000 kilometers per year, whereas with the Porsche I’ve done 12,000, since buying it in January 2017. I wouldn’t have thought, that I would do so many kilometers with it. On the one hand, I don’t want to drive up the mileage too much, but on the other hand, that car is plain addictive. Whenever the circumstances allow it and I’ve got enough time, I’m driving the 997 Turbo. My beloved daily is a Golf 7 R by the way.

What about your clique, are there more female car nuts or is it more men there as well?

My circle of friends is male-dominated, that’s for sure. Nevertheless, my two best female friends, which are my closest friends, are petrol sisters. They’re at least as crazy about cars as I am.

The car industry is changing at the moment. What are your thoughts on electric cars? Would you consider buying an electric Porsche?

At first glance, it’s not a bad idea. The electric cars, I’ve driven, were pretty funny and enjoyable, but I don’t think it’s fully developed right now. My first impression was, that the range (which gets better with every model, of course) would drive me mad. But now I think the charging infrastructure will be the bottle neck. To work that out, huge efforts are needed and I think it will take years, until electric cars could be a thing for the general public.

But now I think the charging infrastructure will be the bottle neck.

Regarding the Porsche Taycan: At first, you’re wrinkling your nose of course, but that’s nothing unusual when it comes to innovations. The looks are polarizing at the moment, but I know, that this car offers an unbelievable driving experience. We have to understand, that this car shouldn’t be compared to petrol powered siblings. I am very much looking forward to driving it.

Do you have specific goals or plans on what you want to experience with your Porsche 997 Turbo?

I’d love to do a track day, but just for the fun of it. I love my cars way too much to push them on track in a competitive manner. As a lot of friends do track driving regularly, I see how much the cars suffer from the punishment on track. As you can see in my Instagram profile, I love photography, so there are a lot of ideas for the next years.

This year, I want to use the 911 for some trips to the Salzburg area, driving the Großglockner High-Alpine Road. I already drove there with my other cars and it was nothing short of amazing. I will start very early in the morning, right when the roads get opened, preferably for a couple of days.

If you could choose another Porsche 911, which one would you pick?

That’s an easy pick for me. My dream car is a Porsche 991 GT2 RS. Who knows, what the future has to offer, but I think you have to have dreams.

Dear Nora, it was a pleasure, thank you very much!

Share "Nora – Small woman with attitude for fast cars" with your friends!