Porsche Blue – From Meißen to Miami! 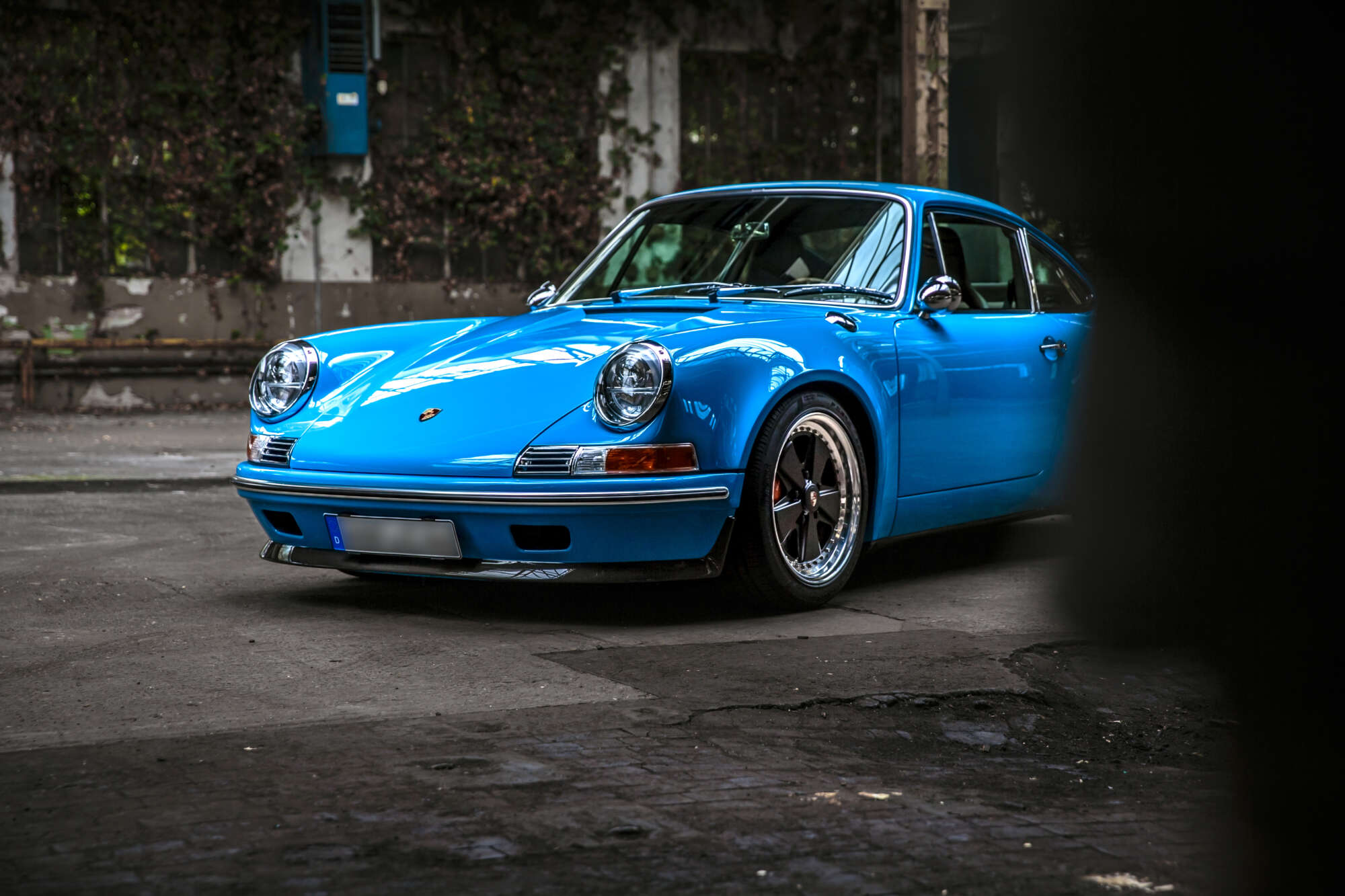 In recent years, Porsche buyers have once again shown more courage for color. That’s good news, as Porsche’s color palette has plenty to offer, especially in the Paint to Sample program (PTS). Blue is the color of the sky and the sea, but also of many Porsches. There are over 100 different shades to choose from. This time, we’re going on a little world tour around the color of distance, desire and clarity.

We start in Meißen, the German capital of porcelain (also known as Meissen). A Porsche Blue with its roots in the 1950s is named after it. The pastel shade is known under the color codes 5703 and Z54 and experienced a revival as a paint-to-sample color in 2007. Since then, Meissen Blue has again regularly graced the bodies of Stuttgart’s finest sports cars. It is not one of the rarest colors, but still enjoys sufficient exclusivity not to get lost in the crowd.

Especially on cabriolets like the Porsche 356 Speedster Meissen Blue comes alive excellently. However, it should be supported by accents. If there is too much surface area without any contrasts, it loses some of its appeal. This is why Meissen Blue goes particularly well with chrome-accented Porsche models. Bold color combinations with, for example, red interior or even white wheels also work wonderfully with Meissen Blue.

We travel across the pond to Mexico. The blue of the same name was available from Porsche under color code 336. With brief interruptions, it has been in the program since 1974 and is therefore not a rarity. Mexico Blue has many fans, especially in the USA, and usually adorns particularly sporty models such as the Porsche 911 Carrera 3.2.

This tradition continues today. As Mexico Blue is for example particularly popular with 911 Turbo GT3 Touring buyers. 911 backdates also like to be painted in the relatively light non-metallic Mexico blue. Especially with black Carrera lettering along the sills, this Porsche blue is almost gaudy and exudes good humor.

From Mexico, it’s on to the sunshine state of Florida. There, under the color code M5C, a Porsche color awaits us, that looks somehow retro, but was first used on the 911 in 2017: Miami Blue. Nowadays, it is often ordered on the Cayman and many people immediately remember the Porsche 991 GT2 RS. But Miami Blue also makes a slender footprint on the Macan and Boxster.

In short, Miami blue has achieved cult status within a very short time. The very light blue is even so popular that it likes to be used on 911 Backdates or RS Clones. Moreover, it’s often mistaken as a historic color. Miami blue is emblematic of the revival of cult colors and the expansion of the Paint to Sample program. In a few decades, people will certainly look back on this and count Miami Blue among the coolest colors in the Porsche palette.

Let’s head back to Europe. To be more precise, to the Norwegian capital. Oslo Blue is a light pastel blue and can be found under the color codes 6203 and Z77. It was not in the Zuffenhausen color palette for almost 45 years after production of the Porsche 356 ended. It was not until the 997, that the color was rediscovered and henceforth increasingly ordered again.

Today, Oslo blue is one of the most popular PTS colors and particularly popular for the GT models. It gives the Porsche 991 GT3 Touring shown here a wonderfully simple elegance. In combination with the yellow brake calipers and silver wheels, it comes across as special on the one hand, but not with too much tinsel on the other – just Scandinavian chique.

Last but not least, we take a detour to the southern European Mediterranean coast. Riviera blue is once again a very light blue. It shimmers somewhat into turquoise and triggers associations with the beaches of the Cote d’Azur in France. It was offered on the Porsche 964 and 968 from 1994 on and carries the color codes S8 and L39E. Today, Riviera Blue is a very sought-after color. But back in the days that wasn’t really the case.

Riviera blue was virtually ignored by new car buyers at Porsche in the mid-1990s. Neither the 964, nor the 968 were delivered in Riviera Blue in any appreciable quantities. Yet today, Riviera Blue is considered one of the most desirable colors for these models. Finding a car in Riviera Blue is therefore not easy and often comes at a hefty premium.

Colors trigger certain associations in us. Red, for example, is associated as a warm color. These sensations go so far, that mountaineers wearing red jackets have been shown to feel less cold than those wearing white or blue jackets, for example. In the case of a sports car, which is primarily intended to be emotionally convincing, the choice of color is therefore significant for the sensation at every encounter, every drive.

We know that across all cultures, blue is the most popular color. This might have something to do with the fact that blue is the color of the sky.

By the way, blue as a Porsche color is a fantastic choice especially for creative people, even as a wallpaper. Because it is probably the case, that people who work with a blue desktop background come up with about twice as many ideas as when they sit in front of a red screen. This is a good reason to set a new Porsche wallpaper, isn’t it? If this selection hasn’t yet persuaded you to go blue, if you prefer green, or if you want to learn all about PTS, continue reading the magazine!

Share "Porsche Blue – From Meißen to Miami!" with your friends!