The history of the Porsche Carrera GT – From F1, to Le Mans, to the road 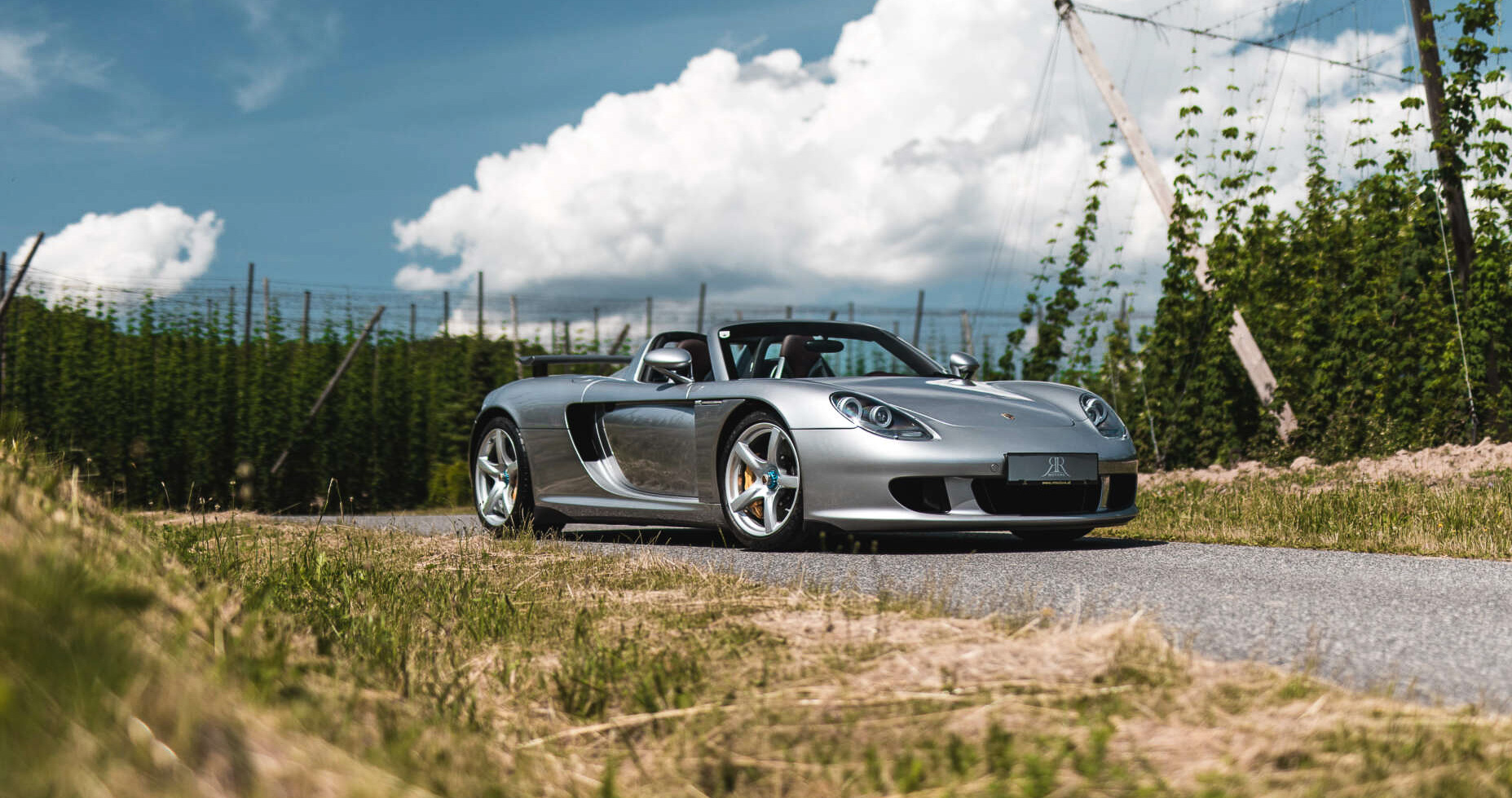 The Porsche Carrera GT is often referred to as the best analog supercar of all times. A high-revving V10 engine paired with a 6-speed manual gearbox, the first production car with a carbon monocoque… But wait! Porsche had built 4-, 6-, 8- or even 12-cylinder engines up to this point. But there was no V10 in the company’s history, neither before, nor after the Carrera GT. However, V10 engines were the norm in Formula 1 from 1989 to 2005. Can this be a coincidence? We’re diving deep into the history books in search of clues. We’ve had to travel back in time a good 30 years. Spoiler: The history of the Porsche Carrera GT is anything but straightforward.

In the late 80s and beginning of the 90s, the Formula 1 World Championship was full of small teams. When the engine regulations for Group C prototypes were unified with Formula 1, the new 3.5-liter formula was introduced in both series. Everyone wanted to be there. Unimaginable by today’s standards: in 1989, 20 teams and 39 drivers were registered in F1! A total of seven engine manufacturers were represented – Ferrari, Ford, Honda, Renault, Judd, Yamaha and Lamborghini. A year later, Life and Subaru joined them. That same year, the Arrows team was bought by ambitious Japanese businessman Wataru Ohashi. The renamed Footwork Arrows team had big goals. It was to fight for podium places again.

After Porsche’s very successful top tier racing years in the Turbo era with McLaren and a total of 27 victories, three drivers’ titles and two constructors’ titles, Zuffenhausen wanted to strike back within the new regulations. An agreement was reached relatively quickly with Footwork Arrows to use a 3.5 liter V12 engine, the Porsche 3512, for 1991. Hans Mezger developed the engine under great time pressure. He drew on the power take-off concept of the 12-cylinder Porsche 917K engine. Its basic design was more or less two 80° V6 engines bolted together. The engine therefore became very heavy and very complex. It weighed 40 kilos more than Ferrari’s V12 and was several horses (up to 50 hp, depending on the source) weaker.

The combination of Footwork Arrows and Porsche was therefore all but competitive. Neither Michele Alboreto, nor Alex Caffi, nor Stefan Johansson could even finish a race with the car. Twice no Footwork Arrows Porsche even managed to qualify for the 26-car grid. And when they qualified, oil pressure problems and gearbox failures put a spanner in the works. This liaison came to an early end after only six races. Arrows reverted to the Ford DFR V8 from the French Grand Prix until the end of the season. Shortly before the Japanese Grand Prix, Porsche officially withdrew from Formula 1.

Of course, Porsche has finished developing the V10 engine anyway

Porsche’s head of motorsport at the time, Manfred Jantke, announced shortly before the official withdrawal that the Zuffenhausen-based company might be involved in 1993’s F1 season with a newly developed V10. If necessary, with another partner. In any case, Porsche was to remain in Formula 1. So development of the power unit continued. A 3.5 liter V10 engine was available and virtually ready to go. Negotiations were supposedly also held with Peter Sauber’s team, but without success. Sauber was supported by Mercedes from 1993 on. To this day, there has been no Formula 1 involvement from Zuffenhausen.

The story of the Porsche Carrera GT then took another detour. We have to turn to northern France for this. To be more precise, to Le Mans. In 1996 and 1997, the private LMP entry from Reinhold Joest, equipped with Porsche engines, won the 24-hour race at the Sarthe. However, the factory team in the Porsche 911 GT1 needed three attempts to win. Due to reliability issues of its competitors, the Porsche 911 GT1 took the overall victory in 1998. But the GT1’s life cycle was at an end. Doubts arose as to its competitiveness. More and more people at Porsche wanted to replace the 911 GT1 with a genuine Le Mans Prototype, or LMP for short.

Secretly, a team around Norbert Singer and Wiet Huidekoper started to develop a race car according to LMP regulations. The idea of the Porsche 9R3, or LMP2000, was born. Initially, a turbocharged flat-six engine was to be used. Huidekoper said in a Racecar Engineering interview about the time: “If looks could kill, I wouldn’t be here anymore, because I stated, that the boxer engine was the design’s weak spot,” said the Dutch carbon specialist. The assessment had an effect and the project was discontinued at the end of ’98. Until 2018, by the way, the development of this vehicle was repeatedly denied by Porsche.

In March 1999, Porsche remembered its brief romance with Footwork Arrows. A new attempt at the LMP class with the old V10 engine was initiated. Displacement was raised from 3.5 to 5 liters, with the option to expand to 5.5 liters. A new transmission was developed and a carbon monocoque was produced in cooperation with Lola. After completion in mid ’99, Bob Wollek and Allan McNish tested the car secretly at Weissach. By all accounts, the test went very well. But once again, Porsche pulled the plug and put the LMP2000 project on a halt. Even project manager Norbert Singer was instructed to deny its existence. There is often talk of not running an expensive Le Mans project in favor of developing the Cayenne. But the V10 was soon to reappear in the thoughts of the development department.

Porsche Carrera GT: Instead of Le Mans, Porsche brought the V10 to Paris

We stay in France and look to Paris. At the turn of the millennium, Porsche wanted to polish up its own image. It succeeded with a bang. At the 2000 Paris Motor Show, Porsche presented the Carrera GT Concept. A study with a carbon-fiber monocoque and mid-engine. Under the hood was the 5.5-liter V10 from the LMP project. The interest in the Zuffenhausen super sports car was enormous. And when pre-orders for the Cayenne were also quite positive, Porsche decided to develop the Carrera GT to production readiness.

The Porsche Carrera GT was to be the world’s first production car with a carbon-fiber monocoque. The displacement of the power unit, which had been designed for Formula 1 and further developed for Le Mans, was increased again, to 5.7 liters. Its transmission was also no longer a sequential unit, but gave way to a 6-speed manual gearbox with an extremely light ceramic clutch. This almost obscene excess of materials culminated in a weight of just 1,380 kilograms, which is phenomenal from today’s perspective.

Porsche set a driving monument with the Carrera GT, a statement that remains unrivaled to this day. It is rightly regarded as the last analog supercar. But not only the car itself, but also its history remain unique. The engine was completed virtually as a finger exercise by the motorsport department and ultimately waited almost exactly 10 years for use. And apart from the Ferrari F50, there has never been a production car whose powertrain was so closely linked to the top class of motorsport. It’s a shame that something like this no longer exists today. But who knows, perhaps we will see Porsche return to the premier class in 2026? One can still dream! 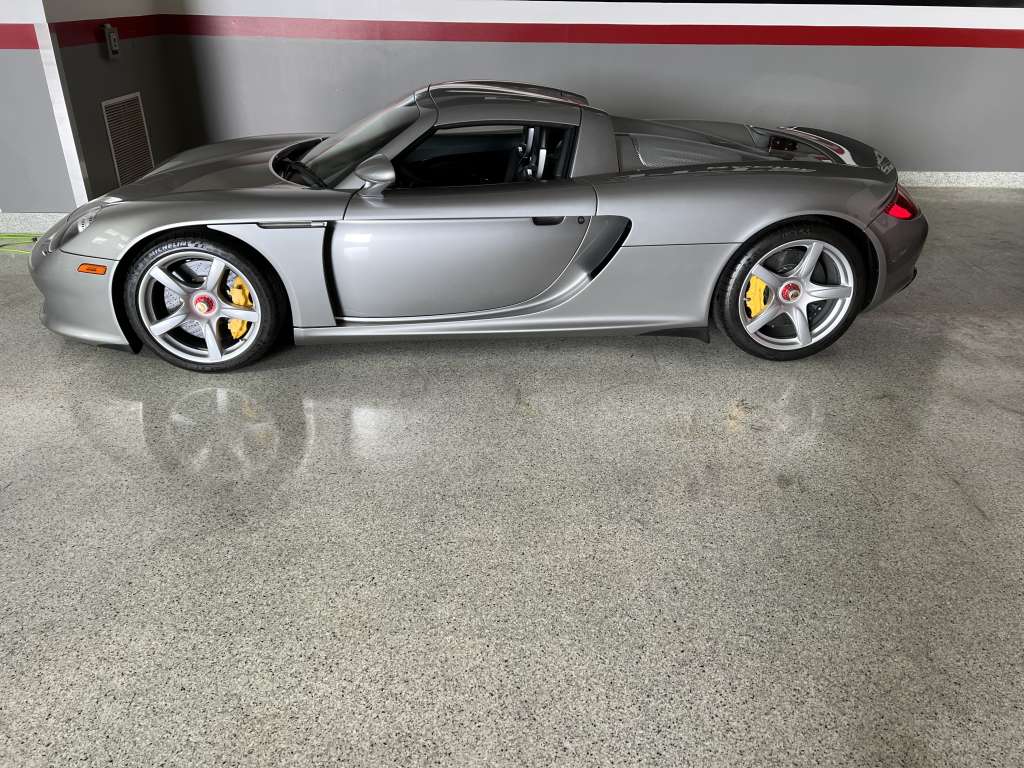 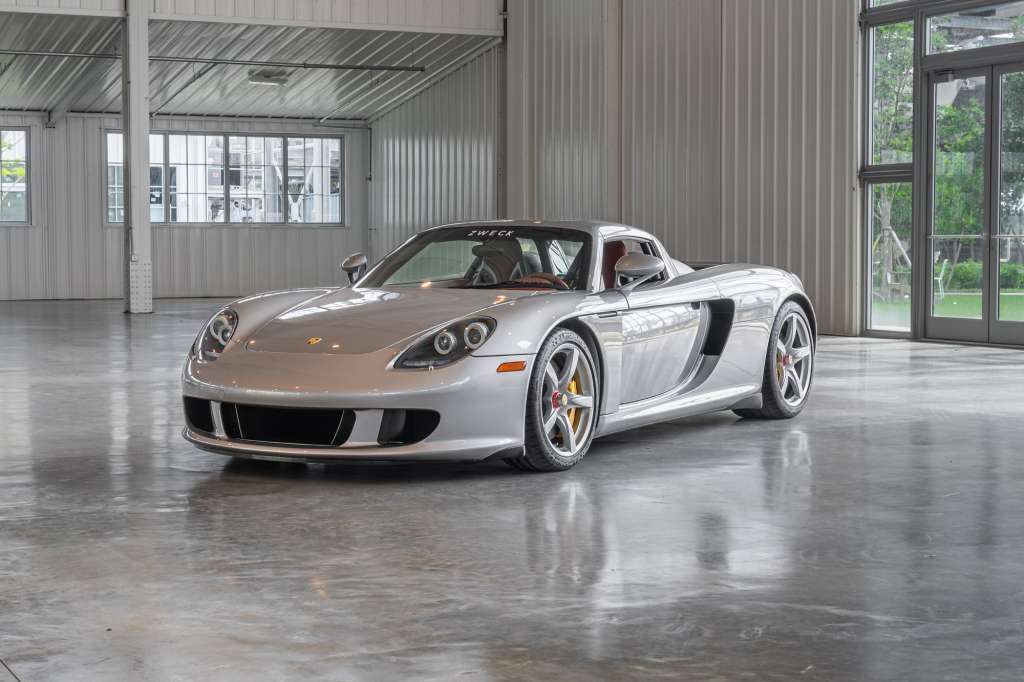 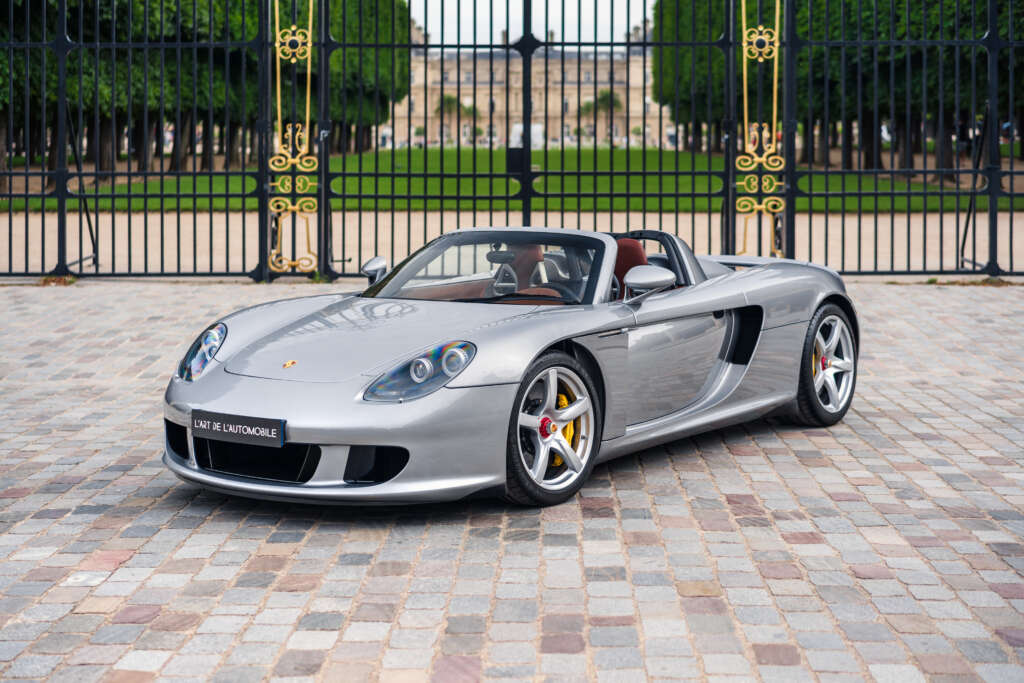 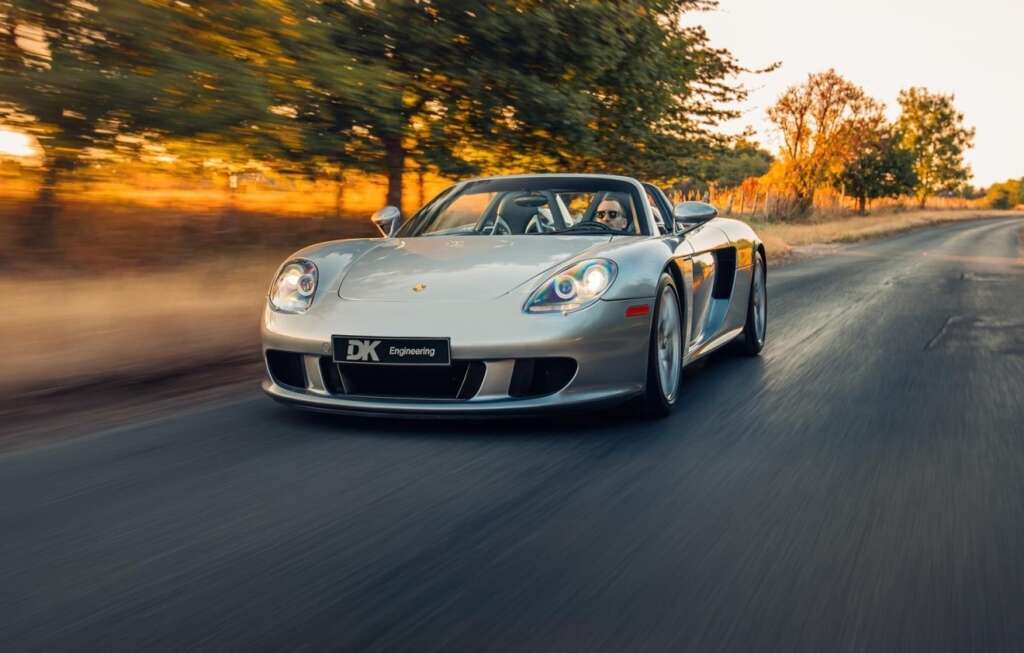 All Porsche Carrera GT for sale on Elferspot

Share "The history of the Porsche Carrera GT – From F1, to Le Mans, to the road" with your friends!