The general enthusiasm for Porsche sports cars is further enhanced when vehicles associated with great personalities tell a special story. This blue 911 SWB (short wheel base) definitely falls in this category and is now for sale.

At the end of the 1950s, the Porsche 365 was finally approaching the end of its capabilities Having been created as a derivative of the Volkswagen, the potential of the engine, chassis and body was practically exhausted. After several considerations – including a four-seater – a first specification for the successor to the 356 was drawn up. At the time, Ferry Porsche wrote on a wish list: “2-seater with 2 comfortable emergency seats, rearview mirror built into fender, improved entry. At the same time, sales demanded: “Retain existing Porsche line. No fundamentally new car. Sporting character.” “The direction was set: evolution instead of revolution. That was true for the technology as well. The drive system with the Boxer engine in the rear should be maintained, but the chassis concept should be modernized. 1 In 1963, the 901 model was finally presented to the world at the IAA Frankfurt / Main. In 1965, the sports car, renamed the 911, began to be delivered. The rest is history.

The original 911 presented here by us here therefore retrospectively comes from a very special year. It was delivered in the US in 1965 and thus actually earned the name “original model”. In the 90s, the 911 found its way back to Germany and was now destined for higher tasks. The FIA pass for historic races was the declared goal and a team of professionals was hired. The renowned expert on historic rally cars, Oliver Bienert, took charge of the bodywork and restoration, and the engine expert Manfred Rugen took care of the engine. The whole process was conducted and supervised by none other than rally icon Walter Röhrl. Röhrl took over the role of test driver, gave tips, and developed the structure of the 911s. Goal: A very light, agile Porsche with plenty of power. The present documentation including invoices impressively prove that with this car no expense or effort was spared. After the 911 had received the FIA pass, Walter Röhrl drove it in the Bavaria Historic for the first time in 1996 (at that time still with FIA rating). 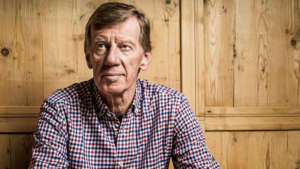 Walter Röhrl – The Rally Legend
For a description of Walter Röhrl as a racing driver, let’s see what experts say about him. Niki Lauda once called him a “genius on wheels”. A long time ago in Italy, he was voted “rally driver of the century” and a jury of 100 motorsport experts from around the world voted him “the best rally driver of all time”. In France in November 2000, his colleagues chose him as the “Rally Driver of the Millennium”. This says all about his qualities as a rally driver.

“If you see the tree you’re driving into, you’re understeering. If you only hear it, you’re oversteering.” Walter Röhrl

More than 25 years ago, in 1993, a matter that Röhrl and Porsche had been contemplating for a long time was eventually stipulated in a contract: Porsche hired the four-time winner of the Monte Carlo Rally and two-time World Rally Champion as developer and representative. In 1993, Walter Röhrl could already look back on a lively involvement with Porsche in his past. His first own car was a used Porsche 356; after that, he always owned a Porsche 911. In 1977, his private 911 rally car paved the way for his work contract with Fiat. In 1981, Walter Röhrl started on a Porsche 924 in the German Rally Championship. 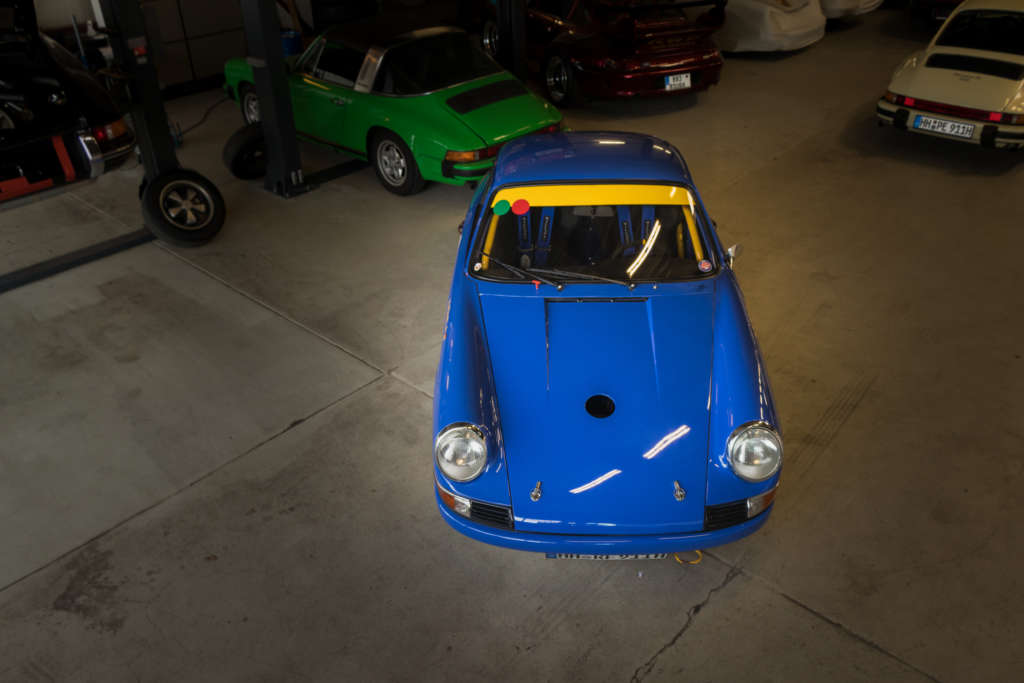 Back to the vehicle. After its rally missions, the 911 would open a further racing chapter. The new owner had the rare 65er converted for the racetrack. The engine was placed in the “Sprint version” and produced a whopping 195 hp in a power range of 6500 – 8000 revs/min. Ideal for the historic GTM Championship. 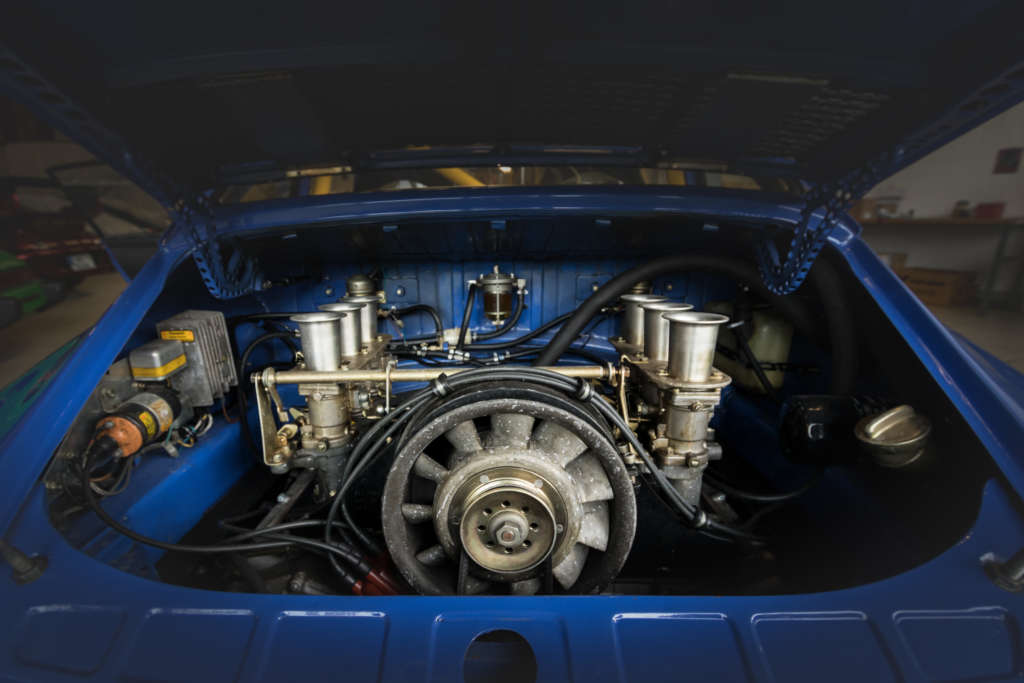 In the course of the last change of ownership in the year 2013, the 911 was again rebuilt by hand. The hard-to-drive race track configuration was converted into a more practical rally configuration. This work was done by the renowned engine builder Matthias Höing. Höinig, who led the engine test bench trials at Porsche’s US factory racing department in the 2000s, among other things, and his company, Höinig Motoren, specialize in the optimization of classic Porsche six-cylinder engines. All parts altered as part of the customization were retained and belong to the vehicle. 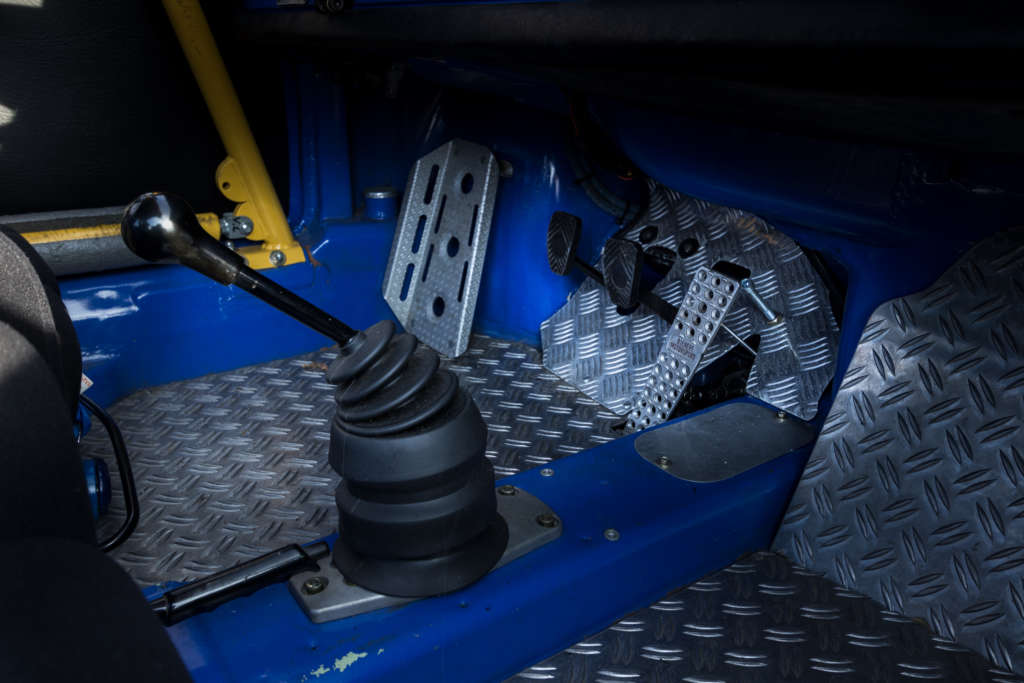 Lightweight, agile and fast. The design aimed at by the experts can be reduced to these three characteristics. As already mentioned above, a great deal of effort was made to achieve this goal. The advantages of the short wheelbase (SWB) in terms of maneuverability could only actually be achieved by many further optimizations. As has always been the case in racing, besides the engine, everything revolves around the topic of weight reduction. Of course, the weight was also an issue at the Bienert Röhrl 911. Aluminum engine housing, Plexiglas, all-aluminum doors of the Porsche 959, weight-reduced front end and bonnet, to name just a few of the many measures. In the end, this dream of a rally car weighs just over 900 kg and delivers a power to weight ratio of 4.9 kg/hp.

“When accelerating, the tears of emotion must flow horizontally to the ear” Walter Röhrl

Unique in appearance, historically significant and technically outstanding. A picture book 911 with an engine sound that produces goosebumps. This description is not all that modest, but definitely says it all in a nutshell. The future owner can look forward to an automotive work of art with a distinctive racing aura. But the last word we leave to the Grand Master: “When accelerating, the tears of emotion must flow horizontally to the ear” Walter Röhrl

This wonderful Porsche 911 is now for sale. Click >> here for the ad.