The evolution of the Porsche 911 Targa 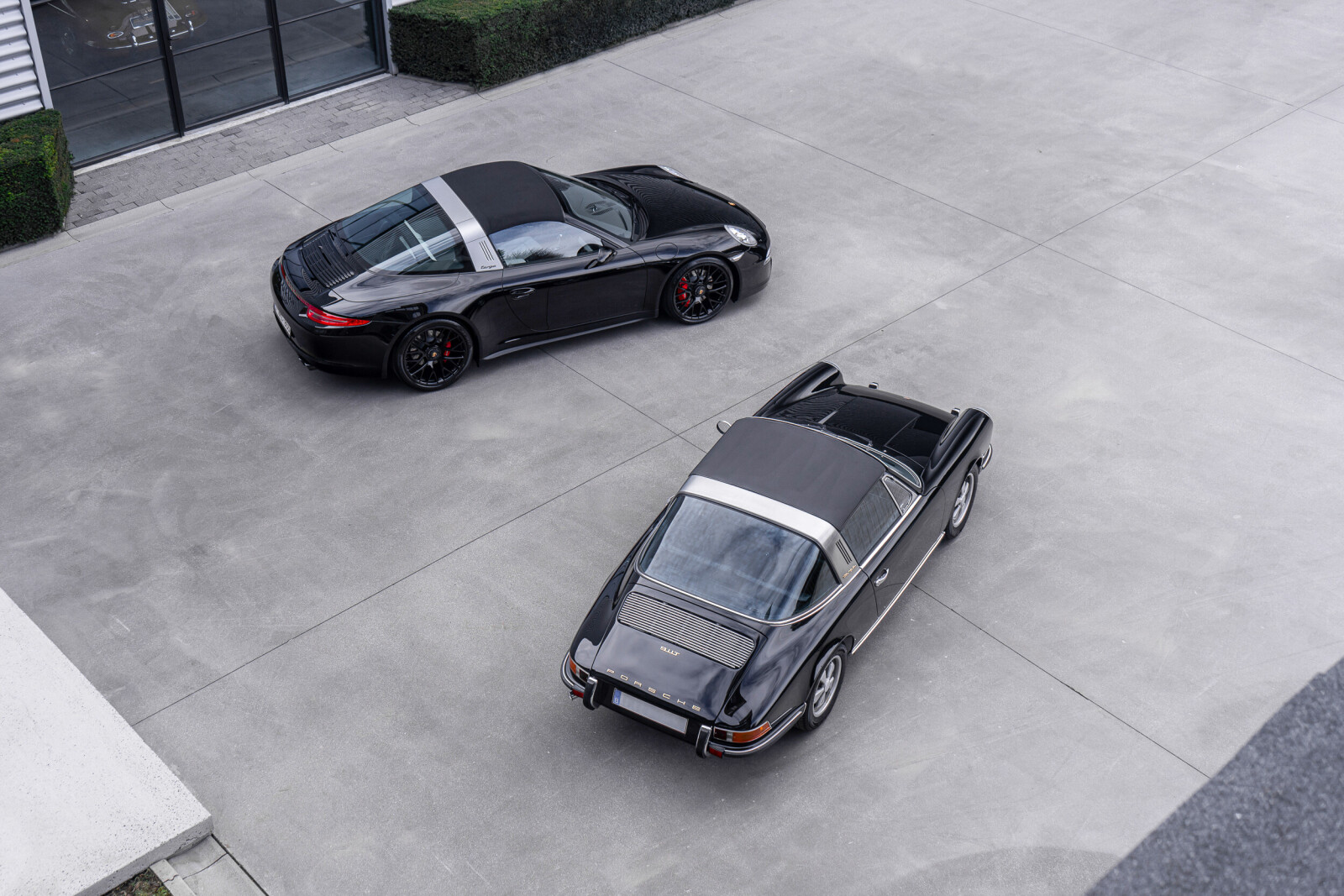 At the Frankfurt motor show IAA in 1965, the so called safety cabriolet was presented: The Porsche 911 Targa. Most Porsche enthusiasts will now think about a targa bar and the wind in the hair. But what was the intention behind it and how did the Porsche 911 Targa evolve over the past five decades?

The Porsche 911 Targa – A concept born out of necessity

When the Porsche 911 F-model was launched, there was just a coupé. Porsche wanted to present a cabriolet shortly afterwards, but especially in the USA, there were very strict regulations. That nearly made it impossible to sell a normal cabriolet in the states. But Zuffenhausen’s engineers proved to be creative and brought the Porsche 911 Targa to the Frankfurt-based IAA in 1965. It had a fixed roll bar, an aluminium and leather roof plus a soft top rear roof section behind the Targa bar. That silver Targa bar became the signature trademark of the Porsche 911 Targa. For the 1969 model year, the rear soft top was replaced by a fixed and heated window, completing the legendary Targa silhouette. The Porsche 911 Targa was a sales success – of all the 112.000 F-models, there were more than 23.000 Targas. But why did Porsche call the safety cabriolet Targa? Firstly, the italian word “targa” could be translated as “shield”. And there’s more: On the public roads of sicily, there was a race, called the Targa Florio. In the early 60’s, it was one of the most prestigeous races on the globe. Porsche has been extremely successful there, winning five times from 1956 to 1964 with the 550, the 718 and the 904.

G-series and 964 Targa continued along the path

Thanks to the Porsche 911 Targa’s brilliant sales figures, Porsche offered the G-body Targa from the very beginning of the G’s life span in 1973. At first, the retractable roof was an option for the Targa and replaced by a fixed aluminium roof. As customers didn’t really like that, Porsche decided, that the classic Targa roof came as standard from 1974 onwards. Another few years later, the Targa bar was no longer silver but black for the 911 Carrera models. Same applies for every G-series Porsche 911 Targa that was produced after 1978.

Even the Porsche 911 Turbo was offered as a Targa model in the G-series. That joy didn’t last long though – only from 1987 until 1989 you could order a Porsche 911 Turbo Targa. Due to very limited production numbers, Turbo Targas are hard to find, of course. No other 911 Turbo could have been with a Targa top afterwards. With around 57.000, roughly 30 per cent of all G-models were Targas. Just as its predecessor, the following Porsche 964 was offered as a 911 Targa right from the start in 1989. For the first time, the Porsche 911 Targa was available with all-wheel drive back then. On the other hand, the Porsche 964 Targa ist the last air-cooled Targa with a Targa bar and a retractable roof. In total, Porsche didn’t even manage to sell 5.000 964 Targas. If you take the total production number of more than 60.000 into consideration, that was a huge drop in sales.

Paradigm shift with the 993 – Glass instead of leather, no more Targa bar

Porsche took that as a warning sign and drastically changed the Targa’s concept for the next 911 Generation. Their engineers ruled out the retractable roof and replaced it with an electrically operated panorama sunroof. With the touch of a button, the sunroof slided backwards into the cabin. To prevent the wind from destroying your hairstyle, Porsche added a wind deflector right above the windscreen as well. 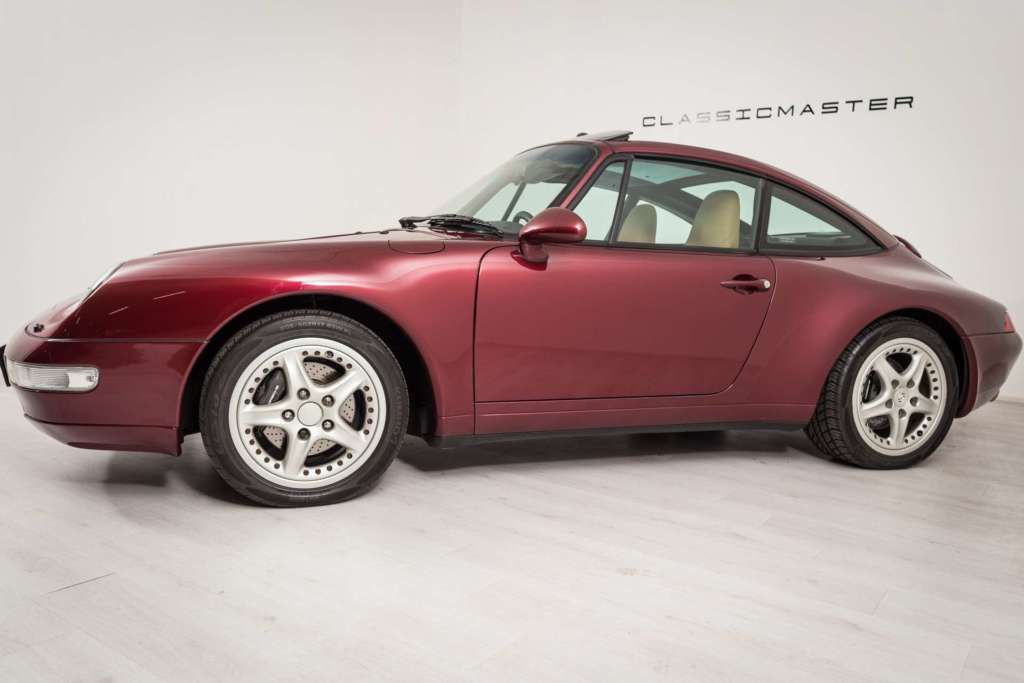 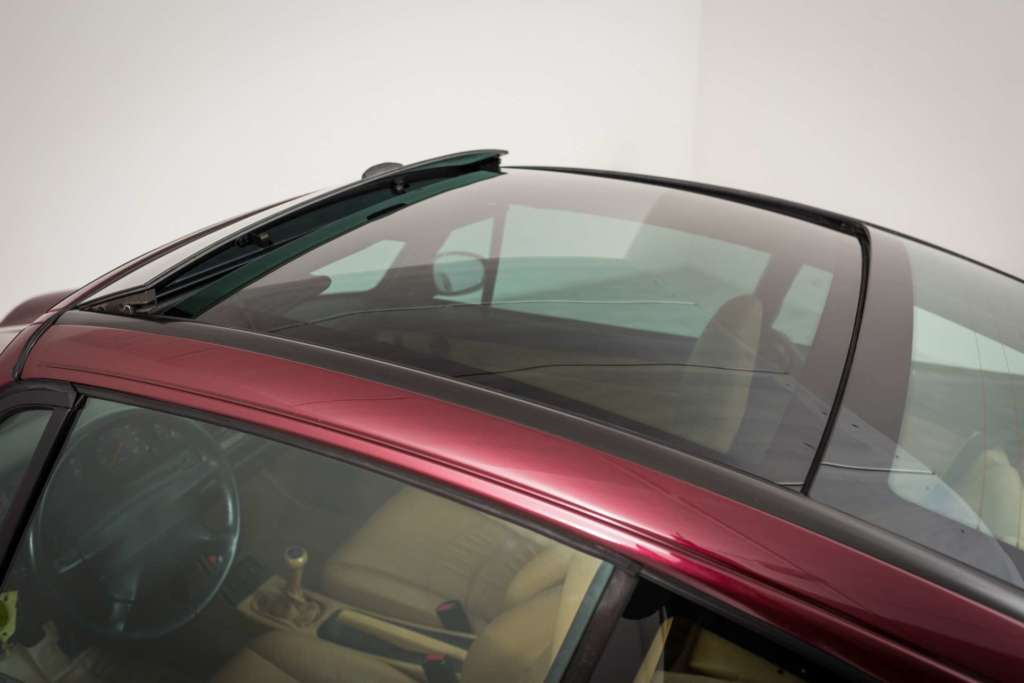 With these little tweaks, Porsche managed to preserve the coupé’s lines in the side profile, even with an open roof. But you’ve got to admit, that the roofline didn’t really look perfectly integrated into the cars overall design. Furthermore, Porsche dropped the Turbo Targa and the optional all-wheel drive. But all that tinkering didn’t help with sales, as the fell far short of expectations: Only a tad over 4,500 units were sold. The Porsche 993 Targa therefore pretty much ekes out a niche existence. 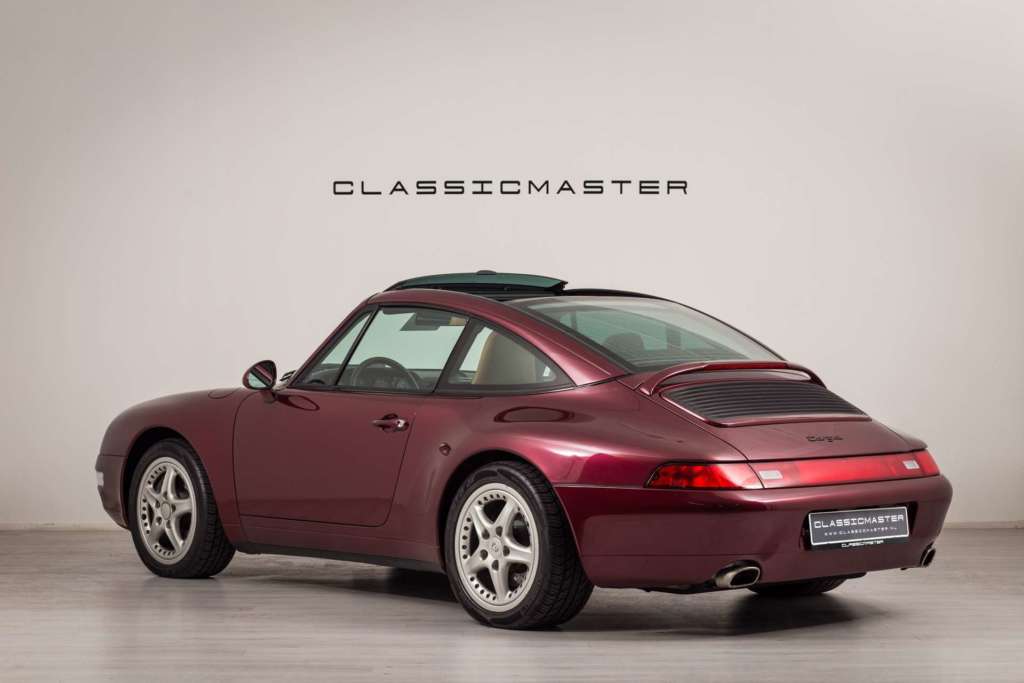 However, the Targa’s new recipe remained unchanged for the first watercooled Porsche 911. The general design of Porsche’s 996 Targa roof from 2001 onwards wasn’t all that different either, but it had one pretty clever trick up its sleeves: Its rear windows could have been opened like a regular bootlid! So, the first Porsche 911 Targa of the new millennium had a pretty usable rear boot as well. But it remained a peripheral phenomenon, just like its predecessor – roughly 5,000 Porsche 996 Targas were sold. Porsche’s sixth generation 911 was the last hoorah of the bar-less Targa. In 997 Targa form, it was only offered with all-wheel drive and had a roof design, pretty similar to the 996’s: Very tapered rear side windows and a nearly invisible B-pillar. Admittedly, the roofline was neatly integrated into the cars side profile, but even that didn’t lead to more sold units than around 8,500.

“Maybe Porsche got a bit on the wrong track with the panoramic sunroof. Dropping the iconic Targa bar for the Porsche 993 Targa meant, that the safecty cabrio lost its unique selling point in the 911 lineup.” – Richard Lindhorst, Elferspot

The bar is back! Back to the roots with the Porsche 991 Targa

At the beginning of 2014, Porsche presented the 991 Targa at the Detroit Motorshow. With its soft-top, the iconic targa bar and the dome-like rear window, the new Porsche 911 Targa proudly shows its design heritage, beginning with the F-model. Not only due to the spectacularly overengineered roof mechanism the design dropped like a bomb. Porsche threw away the continuous roofline for the Targa and used pillarless doors again, reintroducing the classic, open Targa-feeling. “Imagine meeting a childhood sweetheart again. And discovering they are now even more attractive.”

With that slogan, Porsche pitched the new, now only all-wheel driven 911 Targa. Of course, the incredibly pretty, but very complex roof has its pitfalls as well: Thanks to the already pretty heavy all-wheel drive system, the sweetheart weighs nearly 1.7 tons. In 991.1 Targa 4 GTS spec, the beguiling secure cabriolet is already pretty sought after. This thing hits you in every imaginable level – Sound, design, engineering, performance… Everything is just right with this very model. Whoever hears “Targa”, thinks about the Porsche 911 and we’re hoping, that won’t change in the future. It seems like Porsche shares our thoughts on that, as they recently presented the new Porsche 911 Targa. And as a first, the presentation of the 992 Targa was done virtually. The design language of the new model seems like a logical step from the predecessor with its brushed aluminium Targa bar. Just like the 991, the new Targa is only available with four wheel drive. But Porsche bumped up the power as well: as a Targa 4 it offers 385 ponies from the 3 litre biturbo flat-six engine and in 4S trim even 450 hp. So the saga of the “safety cabriolet” continues… 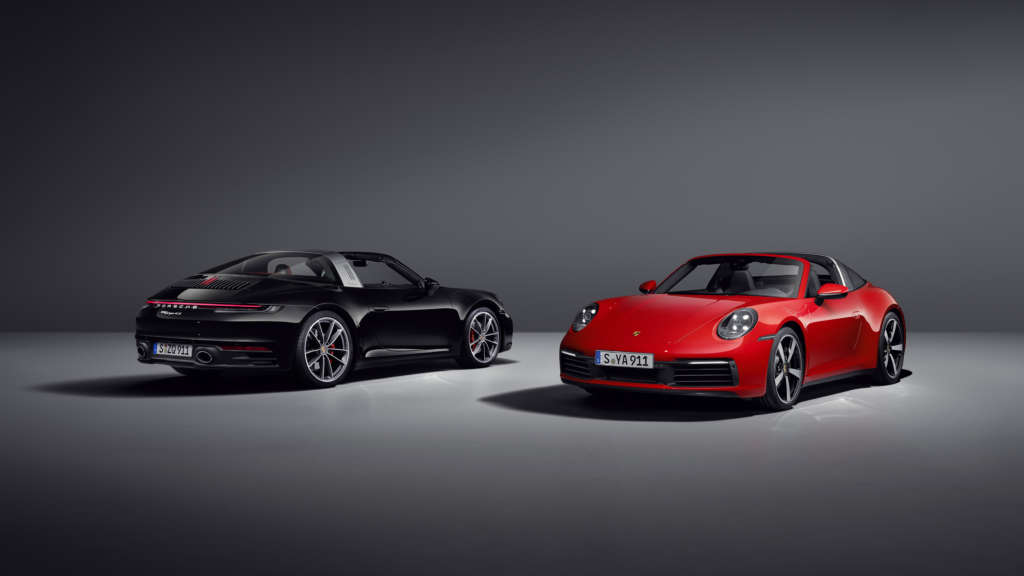 Share "The evolution of the Porsche 911 Targa" with your friends!