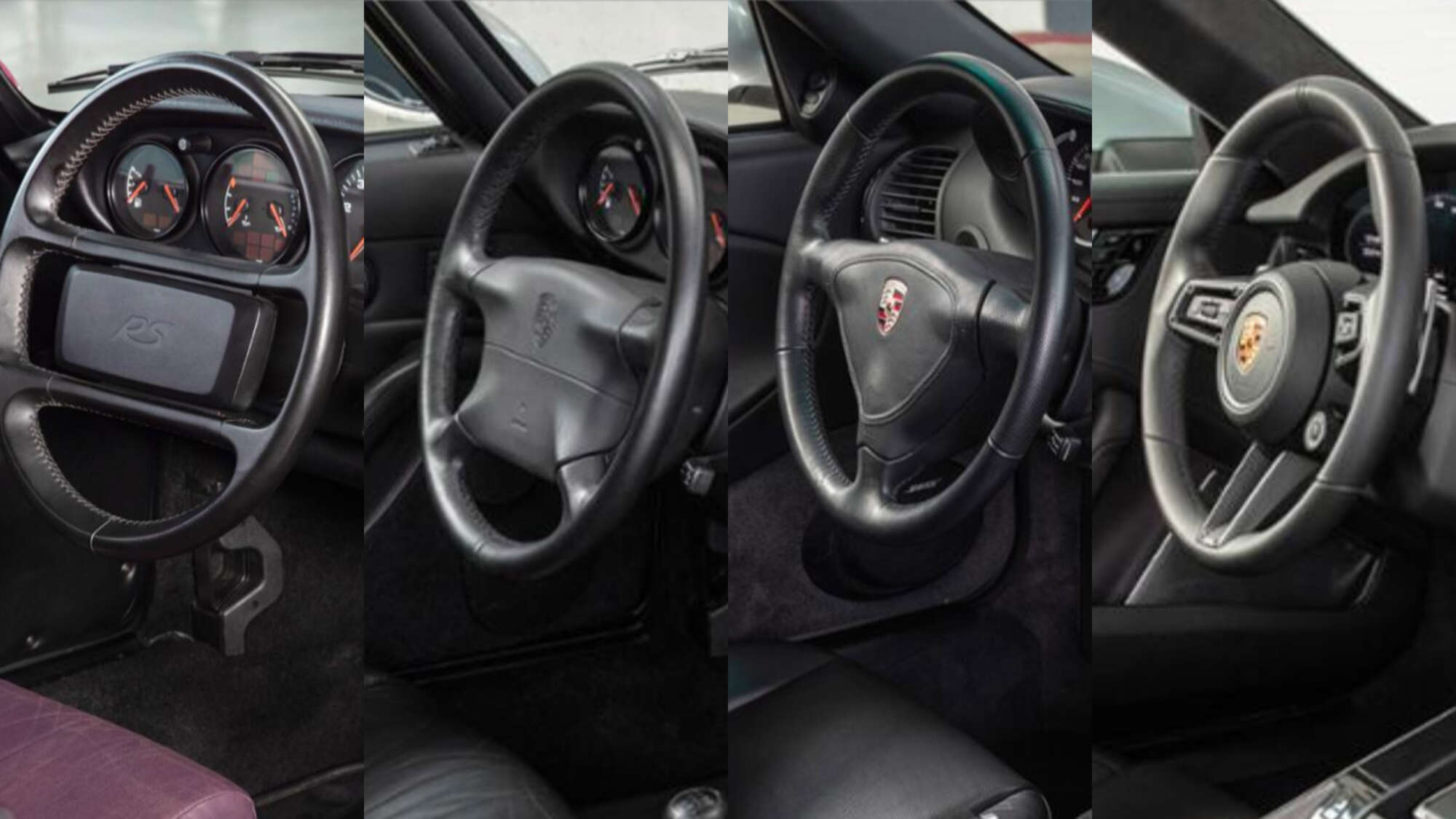 The generations of the 911 Porsche steering wheel

A Porsche 911 is timeless and unmistakable. We all agree on that. Not for nothing was the slogan “Timeless Machine” created for the advertising of the latest Porsche 911 generation (Porsche 992). It is always exciting to see in which areas the respective generation develops technically and optically. Today we will look at the evolution of the maybe most important part of the Porsche 911. The steering wheel. How has the look and technology of the Porsche 911 steering wheel changed over the years?

The first generation of the Porsche 911 (original model or F model) could be bought from 1964. It was a 2 + 2-seater sports car and available as Coupé, Cabriolet and Targa. The original model was followed by the A, B, C, D, E and F Series. The last Porsche 911 from the original model (F model) ran in 1973 from the assembly line. Afterwards, the 911 was a major developmental progress compared to the Porsche 356 model. This applies to the entire vehicle construction and in particular to the engine. Before the start of the 911 series production in September 1964, 13 prototypes were still being built as a Porsche 901. The steering wheel shown here was installed in the C-series.

The Porsche 996 was manufactured from 1997 to 2006. It is the successor of the Porsche 993 and thus the fifth generation of the 911 series. The 996 is the first model of the 911 series with a water-cooled engine. In 1997 Porsche finally gave up on this air-cooled engine concept, which had been used for more than fifty years. The Porsche 996 was designed by Harm Lagaay. Body shape and interior differ significantly from the previous model 993. The 996 polarized to this day. The reason for this is the novel design of the headlights.

Porsche responded to the criticism of the predecessor 996 in the development of the Porsche 911 of the 997 generation. The second water-cooled 911 is based optically with the classic round headlights again more on the original 911 form. More than ten years ago, the production of the 997.1 named Porsche 911 ended. In 2008, the model series was given a facelift. The 997 is the first generation with a multi-function steering wheel. Another innovation is the standard bi-xenon headlights and the optional cornering light. The all-wheel drive Carrera 4, Carrera 4S and Targa 4 and Targa 4S models now have a red bar between the taillights.

The Porsche 991 was presented in September 2011 at the IAA in Frankfurt. Porsche was about to be taken over by VW after the attempt to take over VW itself had failed two years earlier. Thus, the 991.1 is the last Porsche 911, which originated in the autonomy of the company Porsche. Depending on the source one reads that up to 90% of the installed parts were renewed compared to the predecessor 997. Thus, it represents one of the largest development steps in the history of the 911.