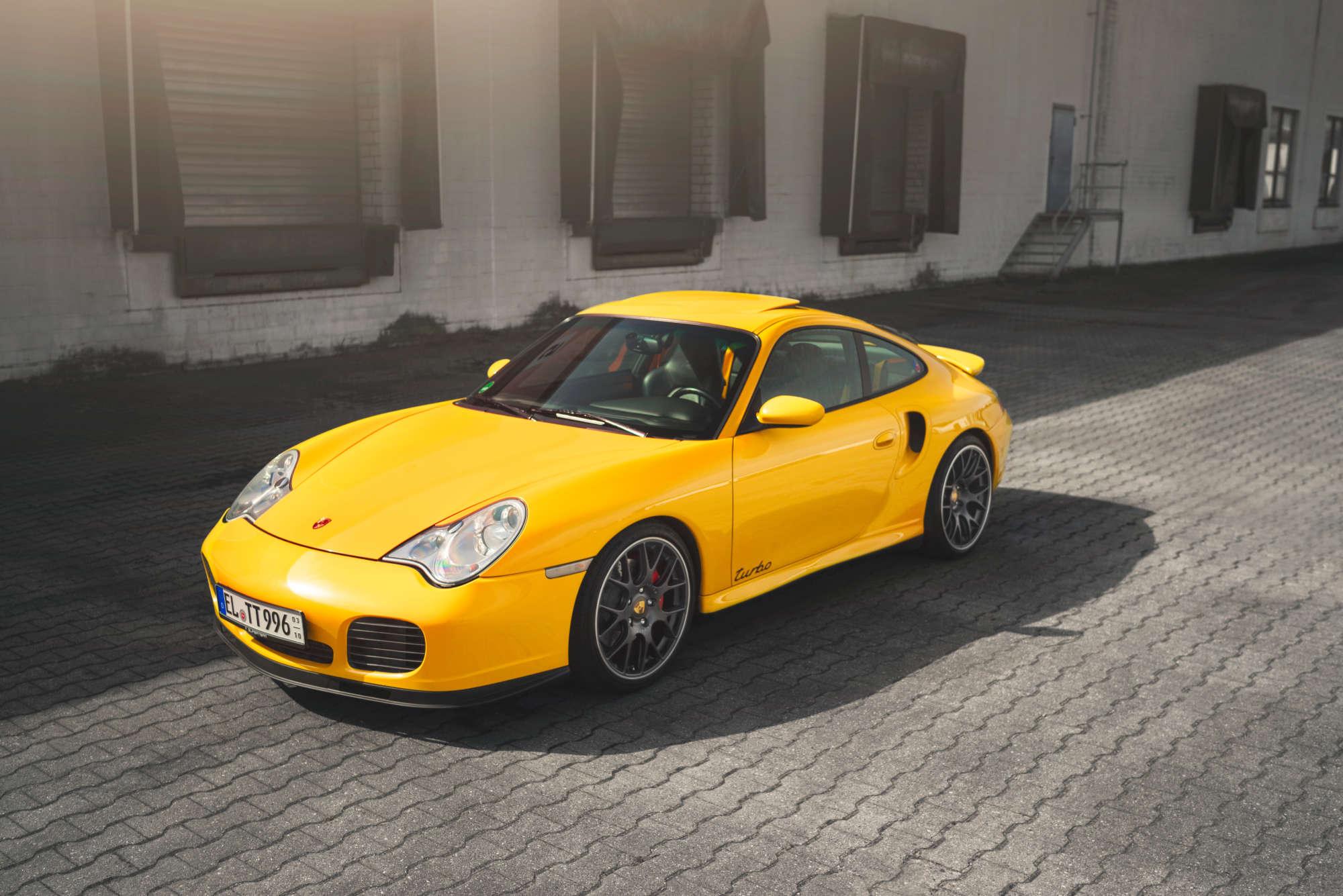 From our point of view, the Porsche 996 Turbo is currently one of the most exciting sports cars in the “Porsche Youngtimer” category. Grandiose driving characteristics, an incredible amount of power combined with absolute everyday usability makes it impessive. And, most exciting, it is still relatively cheap to buy. We talked to Dirk, a 996 Turbo owner and lover, and got to know a real petrolhead.

Hello Dirk! I’m glad that you could make time to talk to Elferspot magazine. We met on Facebook and I would call you an absolute car freak. Am I making a wrong assumption?

No, you are quite right. I would call myself a total petrolhead or car nerd. Since I was 18 years old, I was always tinkering with old and new timers in my free time. Started with Ford Taunus and Granada, progressed via various Mercedes, Audi and BMW models to Porsche. My passion for the 911 started in 2003 with my first 911, a 1981 model SC, which I gradually converted into an F Model ST clone. Then followed, e.g. a 1990 964 C2 and a 1980 SC with a 3,6ℓ engine from a 964, which were likewise moderately optimized. Could you tell us about yourself? Who are you when you’re at home?

I am 45 years old, married and have 2 daughters. I have lived in the Emsland district town of Meppen for 20 years. I work in the automotive sector as a professional, So it is possible for me sometimes to combine my hobby and my work. Furthermore, I get involved in our Local Youngtimer Club, on www.kult-blech-szene.de

You own this wonderful 996 Turbo. How did you get to buy it and why specifically a 996tt?

At the end of 2016, I owned a 2002 996 Carrera 4S and a 1976 911 2,7 targa in the “Outlaw Style” with a 3-liter engine installed. Then I discovered the speed-yellow 996 turbo in an online market. At the time I was constantly searching for a still good specimen of the 996 Turbo at an affordable price, because the time to get one was starting to run out. The key data was good: Something over 100k km traveled, traceable history, Porsche exclusive equipment and an acceptable price. I now offered my two 911s for sale on the Internet, to finance the buying of the turbo and to make provision for repair or conversion. The two cars were quickly sold “out of hand” in the circle of Porsche colleagues. After a detailed inspection in January 2017, the turbo was then purchased and driven under its own power from the Rhineland to its new home two weeks later. In the circle of family and friends the turbo was known by the nickname “Bibo”. Not only because of the color similarity to the bird from Sesame Street, but also because of the letter combination “BI-turbo BO-xermotor. 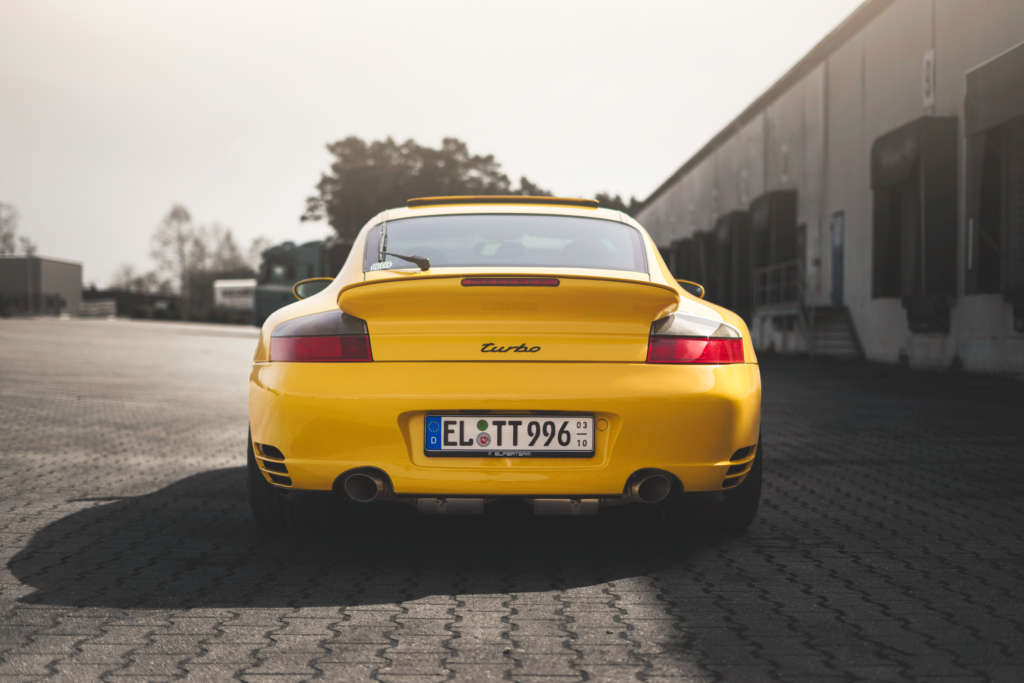 The speed yellow color fascinated me right away, because as you mentioned, 90% of the cars offered were black or silver.

Most 996 turbos out there are either black or silver? You chose color? Why?

The speed yellow color fascinated me right away, because as you mentioned, 90% of the cars offered were black or silver. . For example, in January 2017, out of some 270 996 turbos offered on the internet, only 6 were in speed yellow. In addition, I personally find the candy-colored 911s visually very appealing.

How often do you drive your Porsche?

For me, the turbo is a pure fun transportation medium, that takes me to meetings, on excursions, or on a lap after work. In this way, it accumulates about 3 000 km per year. 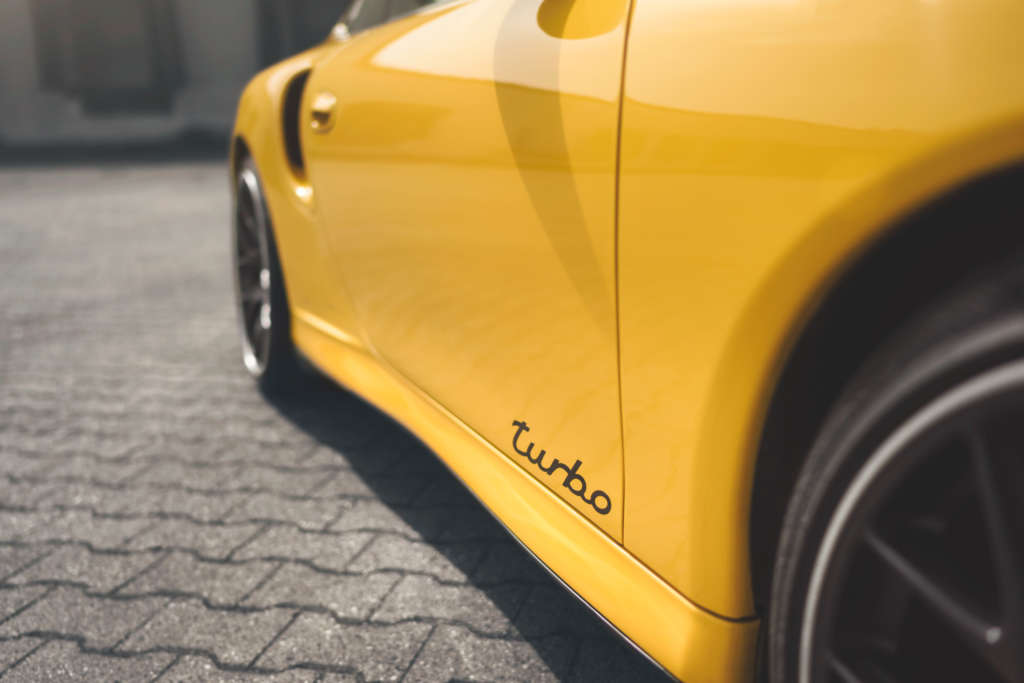 Have you customized the car or is it original?

After the purchase, a maintenance backlog was first removed. In other words, the 996tt got new brakes all round, all fluids were changed, the paint was processed, and new radiators were installed. I also bought new tires on BBS-CH-R rims for the car. The original, freshly redone hollow spoke rims lie in the basement.

IIn the winter of 2017/2018, the 911 got a 3 inch exhaust system with 100 Zeller Kat`s from the company HDT Motorsport. The engine software was optimized by Dennis Dragunski, head of the company Elferwelt in Herten, and the whole system was tuned on the chassis dynamometer. The result is experienced sensationally while driving. The Turbo turns more freely, lighter and has a torque increase of over 150Nm in the range of 3000-4000rpm. The next optimization is the installation of H & R stabilizers and a Bilstein chassis, in conjunction with a dry ice cleaning of the subfloor, on the “to-do list”. It is important to me, however, that the modifications must be be restorable with a manageable effort. If you could choose another 911, which one would be at the top of your wish list?

II catch myself again and again looking for a 997 GT3 on the Internet. Preferably in speed yellow, orange or green. Let’s see what the future holds.

For 50-60 thousand euros you can get a 15-year-old super sports car, which was the benchmark in its day and today can still offer extremely good performance. Can you basically recommend the 996 Turbo and for which type of Porsche driver is it best suited?

A resounding YES! For 50-60 thousand euros you can get a 15-year-old super sports car, which was the benchmark in its day and today can still offer extremely good performance. A turbo is an all-round machine. You can use it to pick up some bread and milk and then drive to the track day after breakfast without problems.

The 996 still polarizes the 911 community, but you will notice a slight trend towards lover status. They still exist, the good, well-cared-for first or second hand cars with a history …. Some can also be found here on elferspot.com! With this in mind, enjoy your driving and have fun!

Dirk, thank you for the interview. .

Technical data for the Porsche 996 Turbo