Matt Hummel and his Don 176 Not far from Sacramento, capital of California, is where collector Matt Hummel lives his love for cars with patina. He is an example of the drive to preserve authenticity. His garage contains some special treasures: unrestored Porsche component.

Digging. Panning. Washing. These steps do not apply to Matt Hummel’s rather unconventional search for treasure. The 39-year-old collector is not prospecting for nuggets, but rather for rust buckets. Like his latest find  – a Porsche 356 A 1600 from 1956. The patina on this coupe is so venerable, it has acquired a patina of its own. Coconut fibers stick every which way out of the seats, and bare sheet metal adorns its footwell.

The Porsche is parked on the outskirts of Auburn, a town not far from Sacramento. A classic sports car, it radiates an imperturbable peace with its age.It has traveled far and wide, and has nothing to hide. Hummel’s gaze traces its lines. “This 356 is in precisely the same condition that I found it in,” he says. “I love its authentic quality. The car has lived through so much, and it’s still here. I want to keep it like a time machine – not to restore it back to what we think was its original state.” The Porsche was built to drive, not to sit around in the garage. Matt Hummel

No facelift, no makeup

Hummel wants to drive the faded and weary-looking 356 exactly the way it is. No facelift, no makeup. His reasoning is simple. “The Porsche was built to drive, not to sit around in the garage.” In the past, people just put a few numbers on the doors and entered the next race. The cars crossed the finish line with all their scratches and dents, and the drivers had that special smile on their faces. Hummel likes to wax philosophical without taking himself too seriously. He grins and opens the door on the driver’s side, which creaks ominously. “Sounds good, doesn’t it?” Then he waves his hand and says, “Come on, I’ll show you my house and a few more Porsches.”

At the next intersection Hummel sticks his arm out the window to indicate that he wants to turn. After all, who needs turn signals? The 356 barrels down a dirt road. Despite its wild appearance, the car masters curve upon curve with ease, effortlessly climbing the crests of the hills. Hummel reaches his property in the foothills of the Sierra Nevada, and the drive comes to an end. Matt Hummel with his Porsche

On grounds surrounded by trees and undergrowth, the 356 pulls to a stop next to the other members of Hummel’s automotive family: a Porsche 911 Carrera 3.2 from 1986, flanked by a 912 from 1966, a 356 A Super from 1958, and two 356 Cabriolets from 1952. The open 356s are the most valuable of the group. “These two cars have consecutive chassis numbers,” he says. “They were produced one right after the other.” One number ends in 4, and the other in 5. Hummel beams. He doesn’t reveal where he found the two Porsches, but simply winks and says, “Sometimes it can happen that cars find me.”

Matt Hummel’s passion for older automobiles began very early. At the age of sixteen, during a semester break in his art studies, he started looking for rare car parts. His first objects of desire were Volkswagen components. He worked his way through half of California in search of them. Later he and some friends heard about a high density of Volkswagen parts in Burma and Thailand, which prompted them to set off on exciting expeditions. “At that time I wasn’t happy until I lay exhausted in my hotel room with a heap of something like safari-style hinged windows from VW Samba buses next to my bed.” 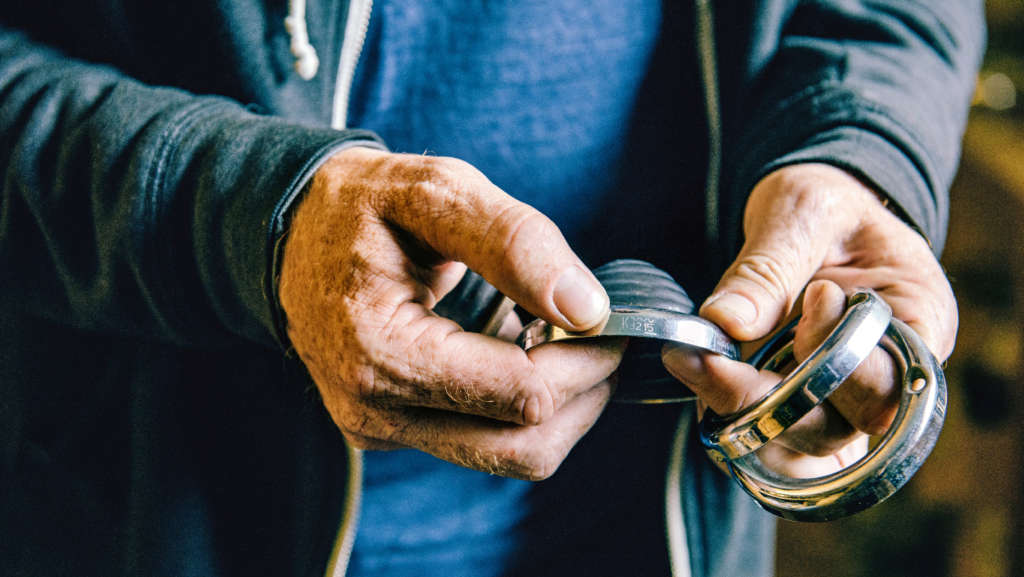 Back in the United States, he sold the rare components. “If you start dealing with historical VW parts,” he remarks, “at some point you’ll automatically end up with Porsche.” Hummel’s treasure chamber is the barn next to his home. It contains finds from the past ten years. Hummel opens a yellowed cardboard box, pulls out shiny green plastic parts, and cradles them in his hand like jewels. “The Holy Grail!” he exclaims. “My ex-girlfriend and I spent our last vacation in search of them.” With a smile he displays a complete set of knobs from an early Porsche instrument panel. “Or here …” He heads to another corner of the room and opens the back of a 356 Cabriolet.

If you start dealing with historical VW parts, at some point you’ll automatically end up with Porsche. Matt Hummel 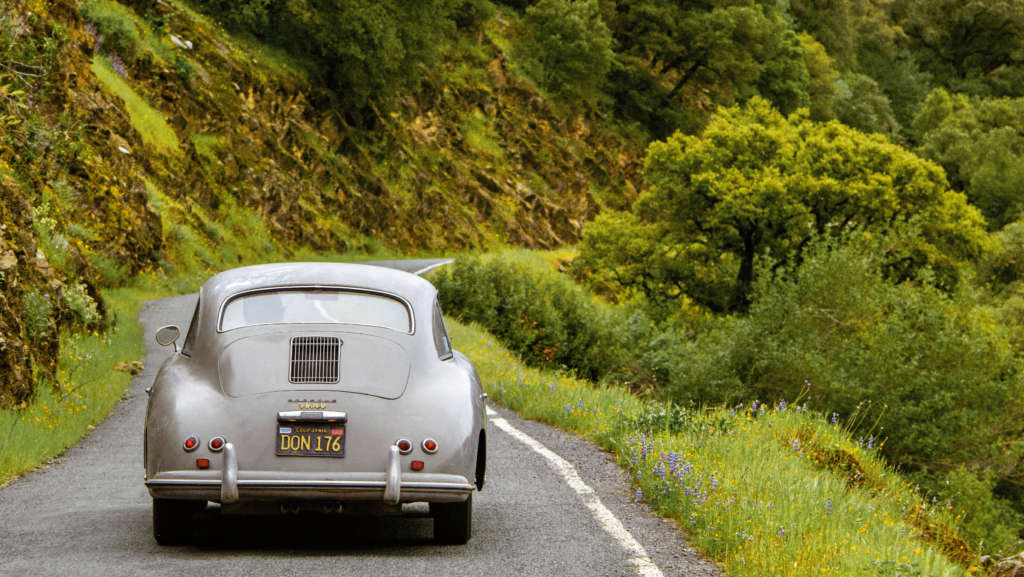 “Its engine is in the living room.” The tour goes on. A jar full of Kamax screws. A drawer with 80-millimeter pistons from early Porsche pre-A production. “Pure gold!” Next to that, an entire shelf of side mirrors reflect sunlight onto a nearby engine. “Check this out! Porsche’s first racing engine. The 1500 Super from 1954, or the 502 for short. A real rarity! It’s a marvelous example of how closely related the first Porsches were to Volkswagens.” Hummel recently sold one of these to a buyer in Austria. “When someone with a rare Porsche calls me, I’m happy to go through my collection of treasures and find just the right part for it,” he says. Because he knows that some jewels simply have to be passed on.