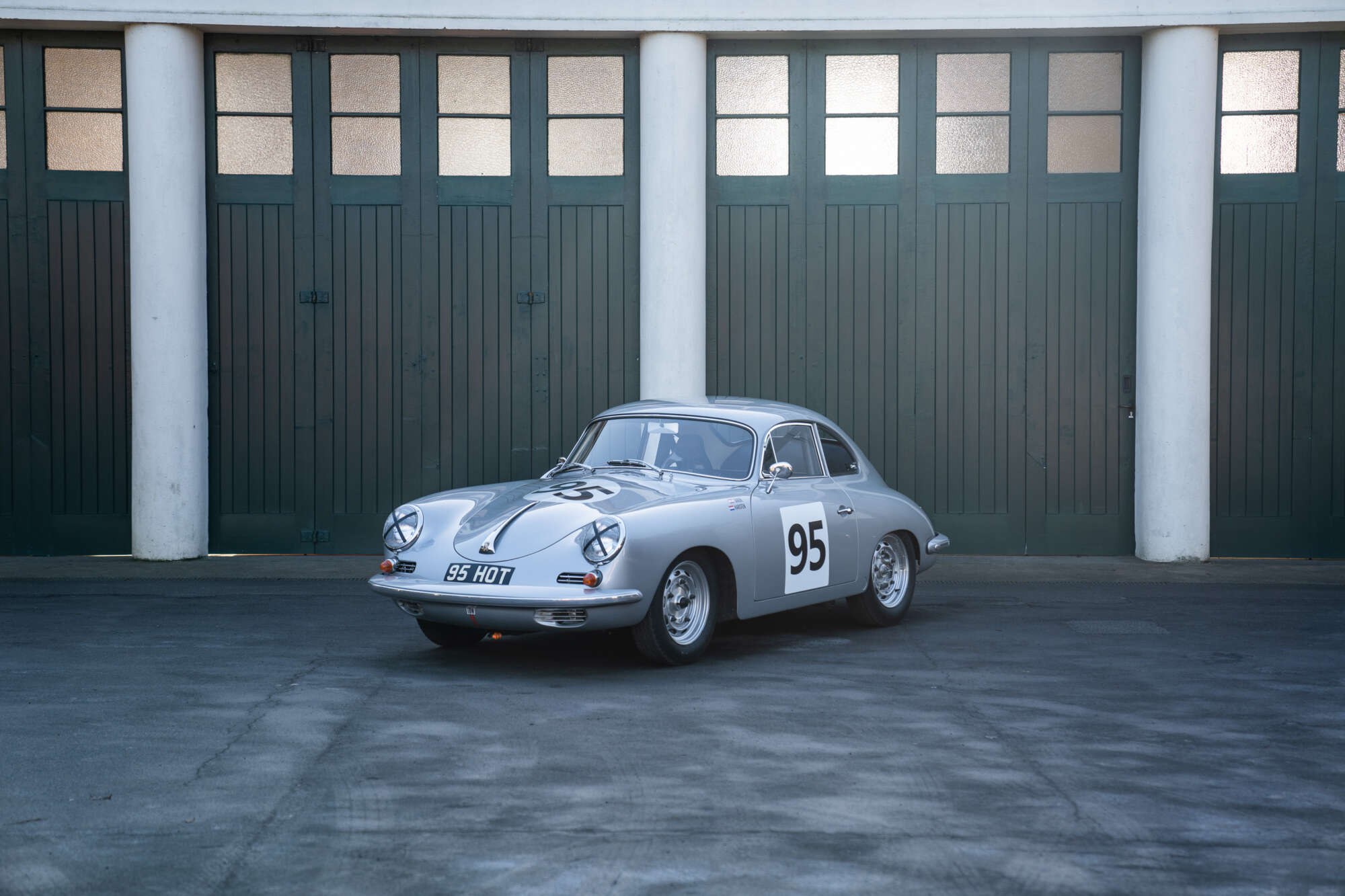 The Porsche 356 Carrera GT model first emerged in 1955, with Porsche installing its high performance, four-cam “Carrera” racing engine in the small 356 production car.  The 1960 / 61 Carrera GT version of the 356 B featured multiple detail modifications from the standard road car.

To save weight, the doors, engine lid and bonnet were made from aluminium rather than steel and the side windows were Plexiglass. The suspension was modified, the front brakes were larger, twin front oil-coolers were fitted and the wheels had aluminium rims rivetted to steel centres. The four-cam engine had been evolved in both its design and capacity and offered 135 hp from its 1,600cc.

In our view, the 356 Carrera GT has everything:  rarity, history, looks, engineering pedigree and eligibility. To that, the current owners have added considerable development as well as the prestigious Goodwood appearance. 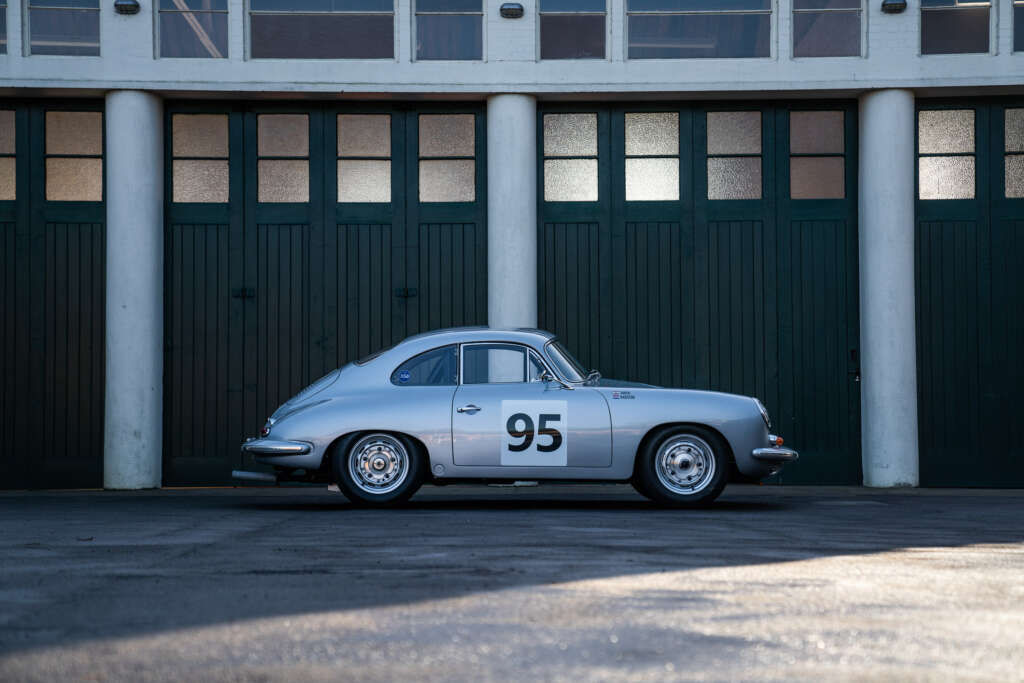 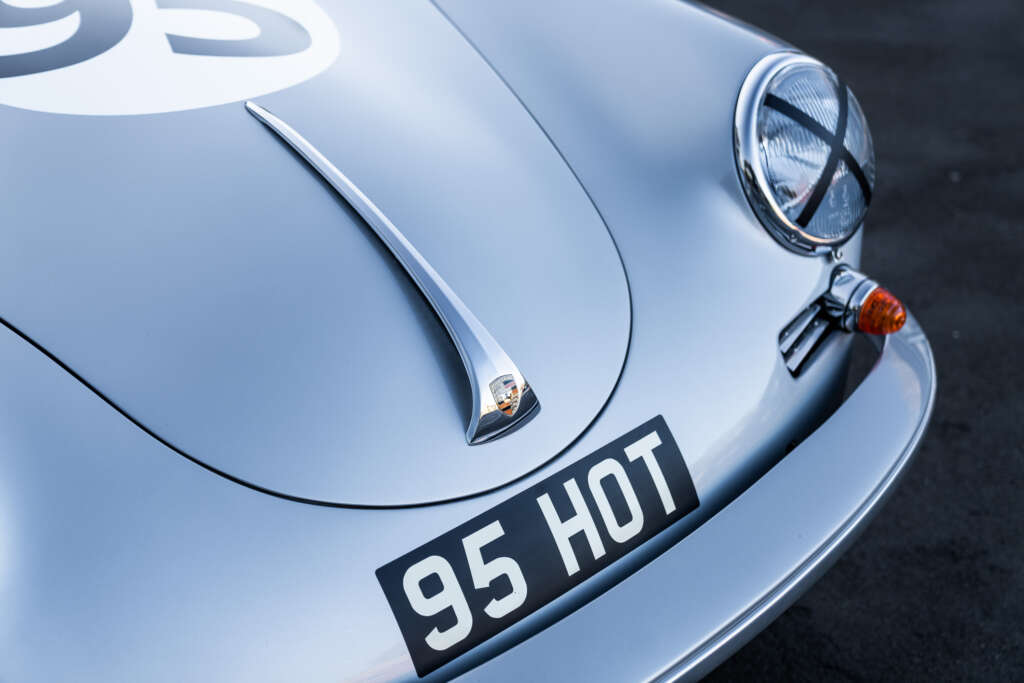 The additional pushrod engine produces usefully more power than the original four-cam, while also being considerably less valuable and thus less risky to use. The handling is much like an early 911 short wheelbase car, being nimble and forgiving at the limit.

Although the car is not going to compete with the much larger-engined historic racing cars at the front of the grid, it does punch above its weight and its rarity would make it a welcome addition to any high quality pre-63 grid.

The car was sold by Hong Kong Porsche importer Jebsen & Co to its first owner Mr. David Luk.  The car was raced at the 1961 Macau Grand Prix, which at the time was a three hour Formula Libre event that allowed a wide range of cars to compete.  It was driven by Heinz Gosslar, a Jebsen employee, to 3rd place behind a Lotus 15 and a Jaguar E-Type.

After the Macau GP, the car was purchased by Dr. Henry Lee, a Hong Kong resident, who owned the car for four years and competed with it in several local races. In 1965 he sold the car and the next owner had a new 1,600cc SC pushrod motor installed by Jebsen.

The car was discovered in Hong Kong by its last owner in 1993 and restoration began in earnest in 2004 at Carrozeria Tiziano Serratini of Bologna, famed for their work on 356s.  The car was built up by Arno Reinbacher in Austria in the spirit of its Macau appearance (without bumpers) and sold by Sports Purpose in that form in 2020.

The car was then developed by the current owners in conjunction with early Porsche specialist Prill Porsche Classics at a cost in excess of £100,000, including the build of a full race push rod engine.  The car competed in the Sir Stirling Moss Trophy at the Goodwood Revival in 2021, acquitting itself well. 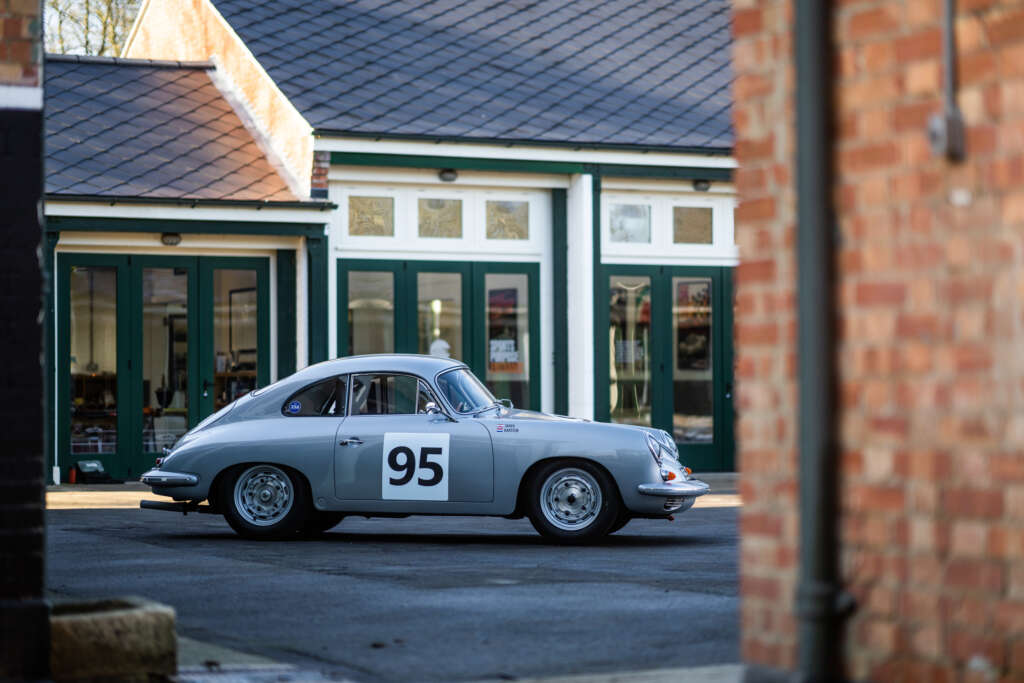 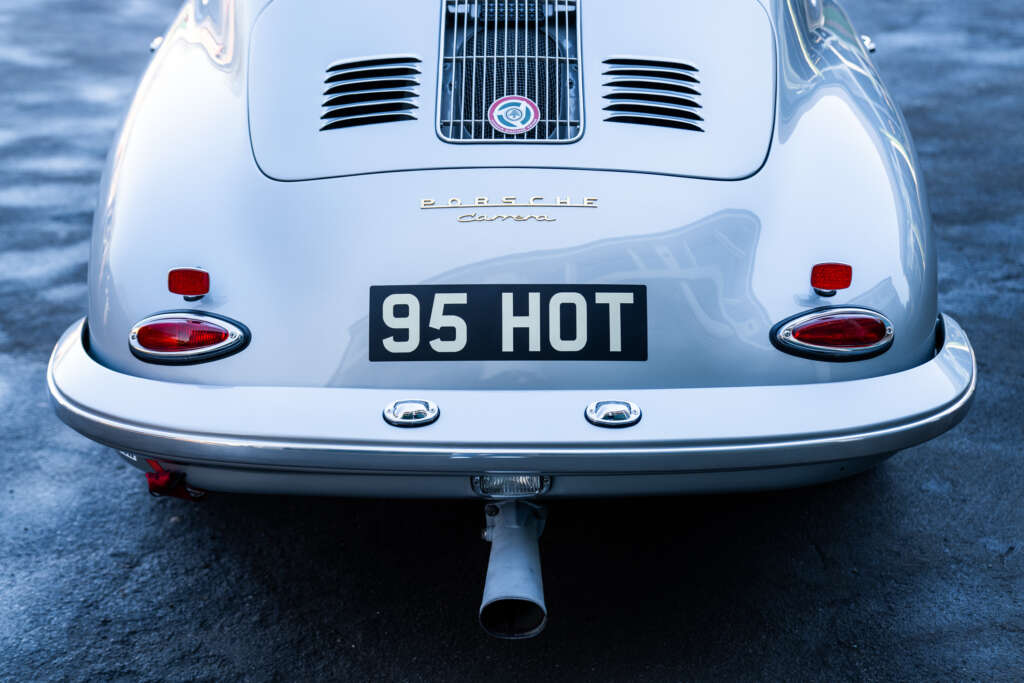 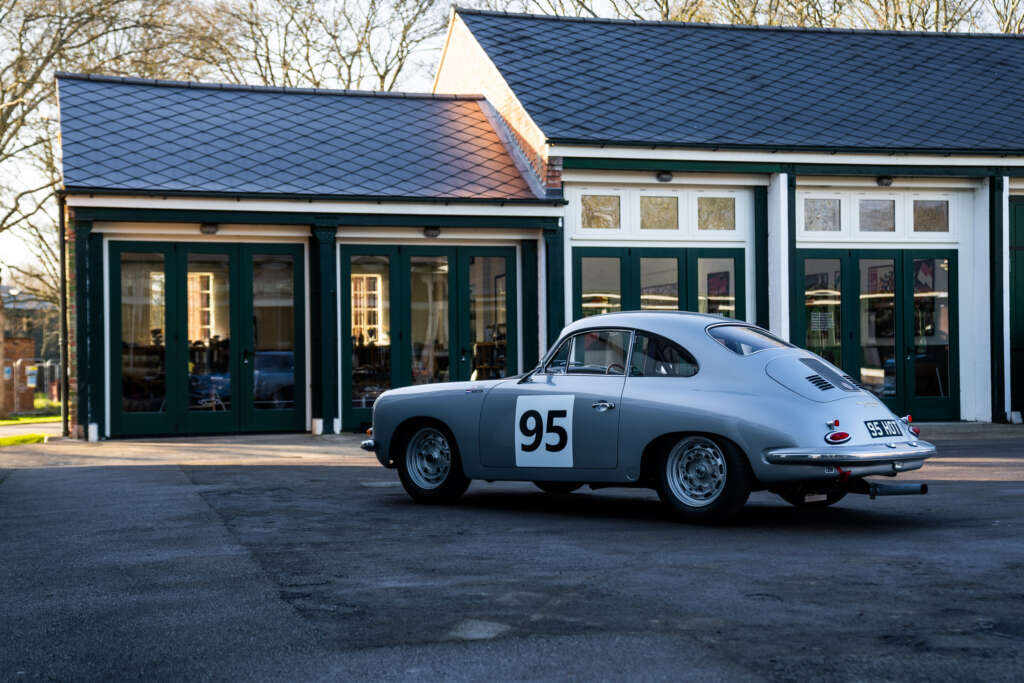 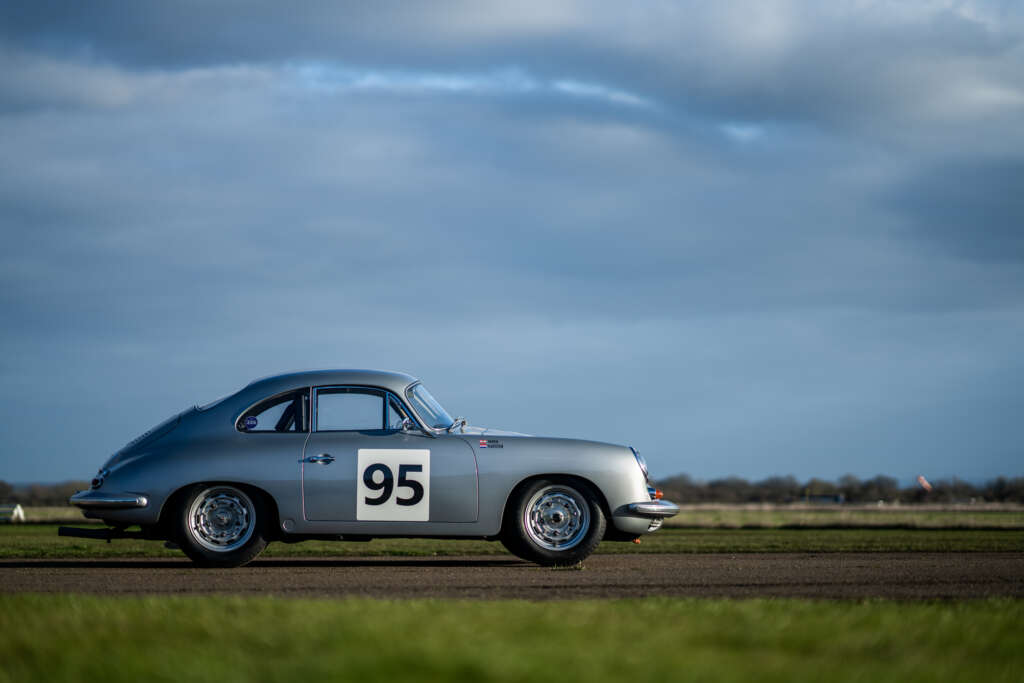 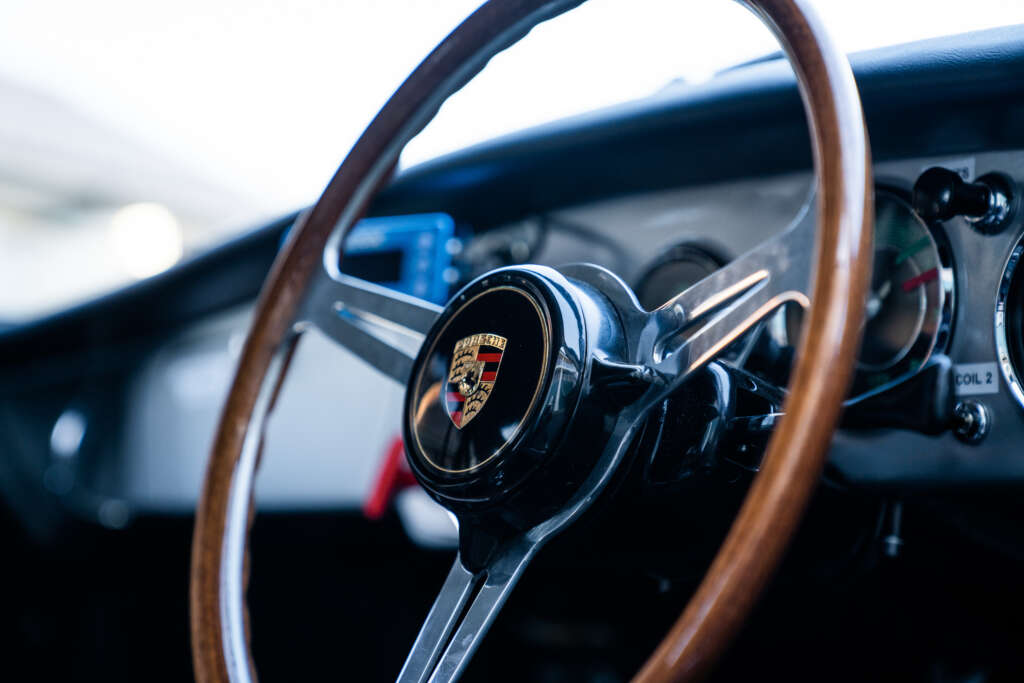 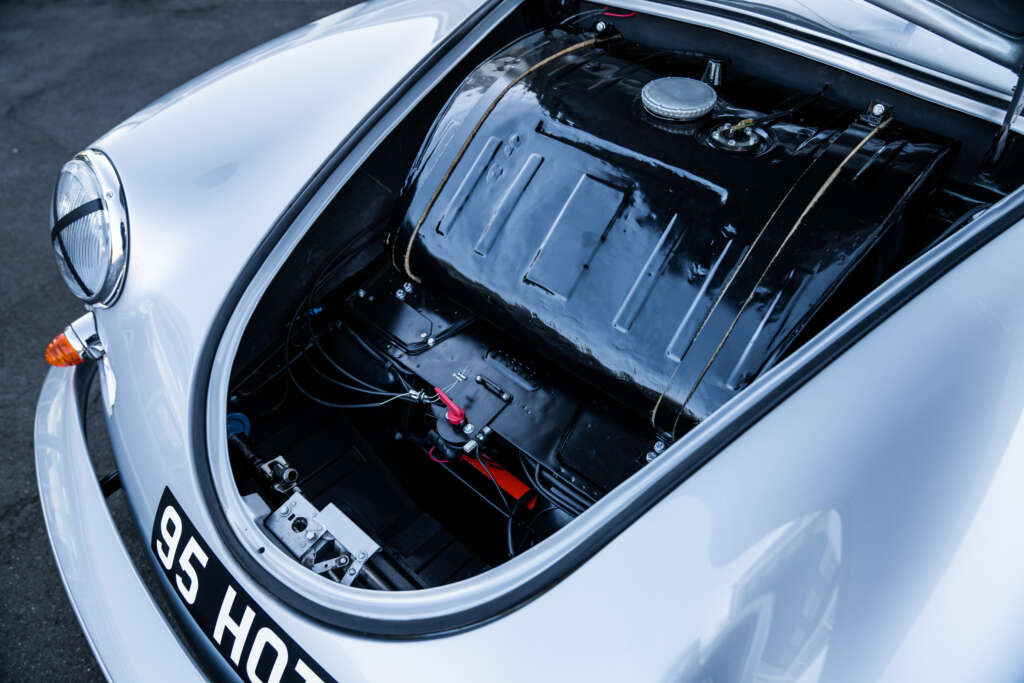 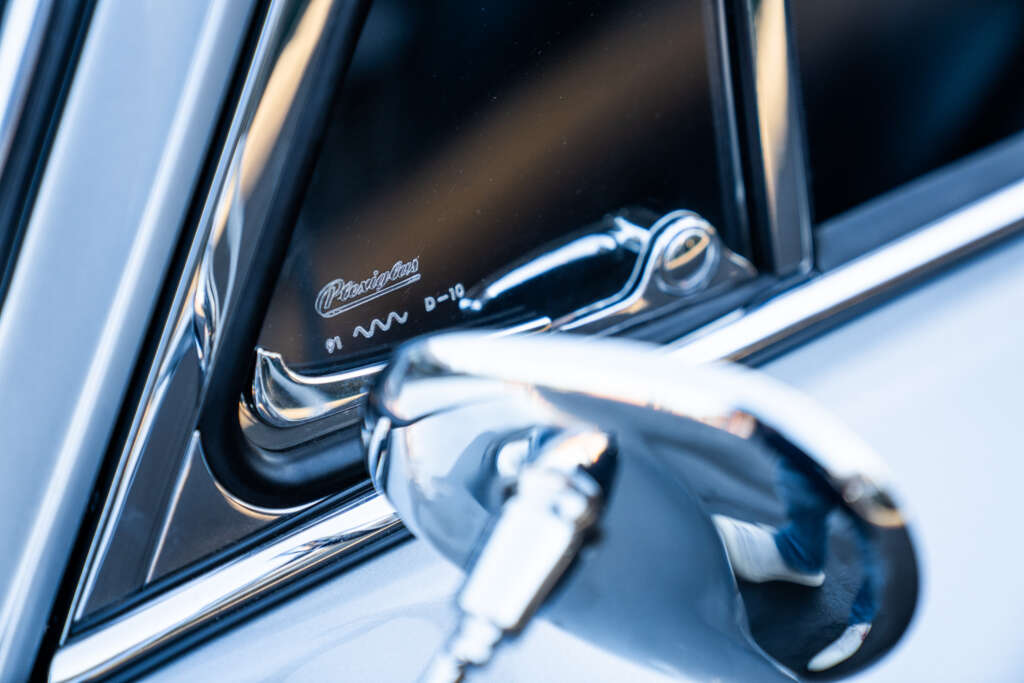 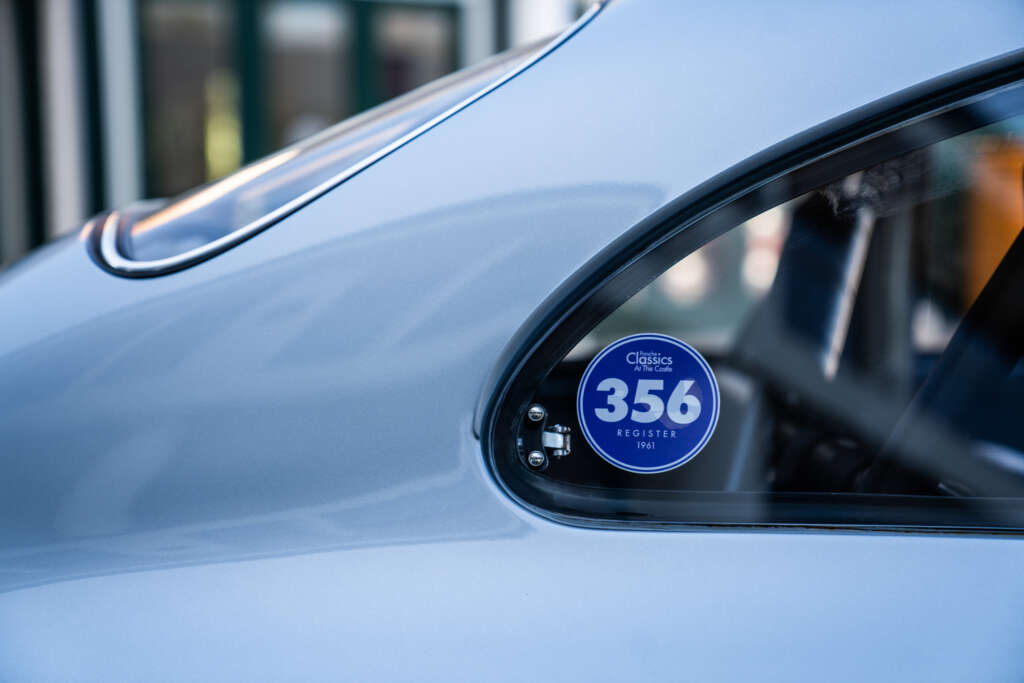 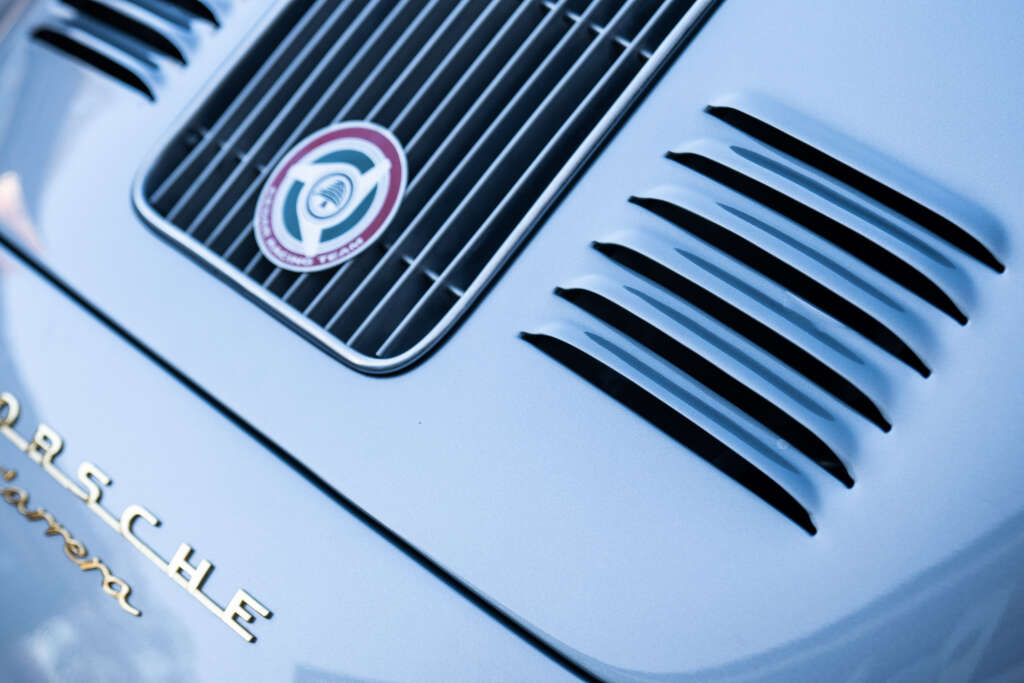 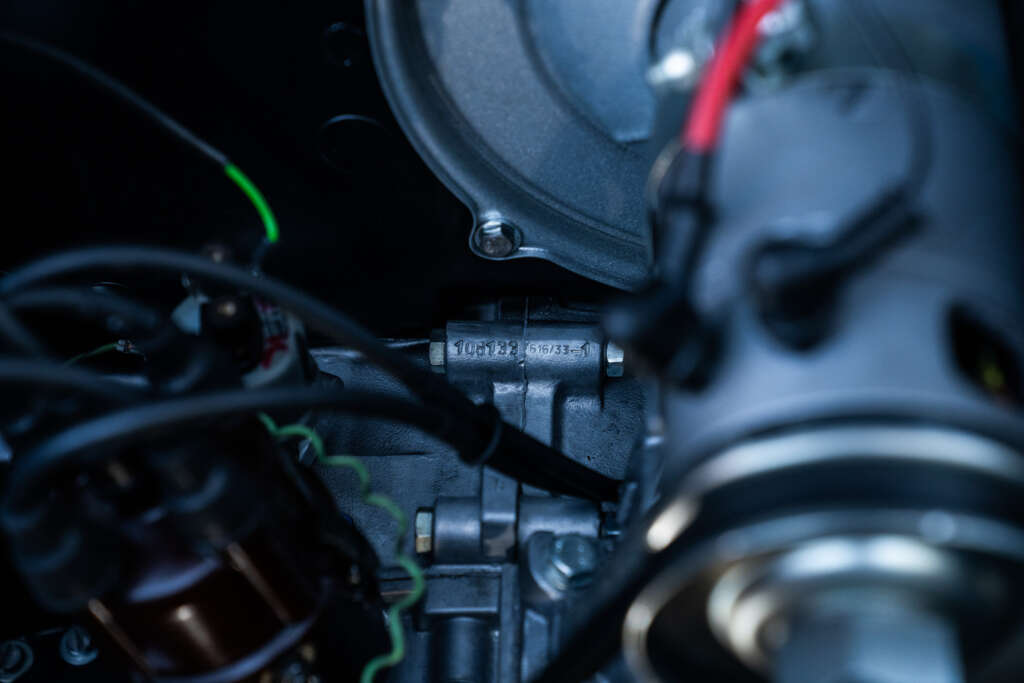 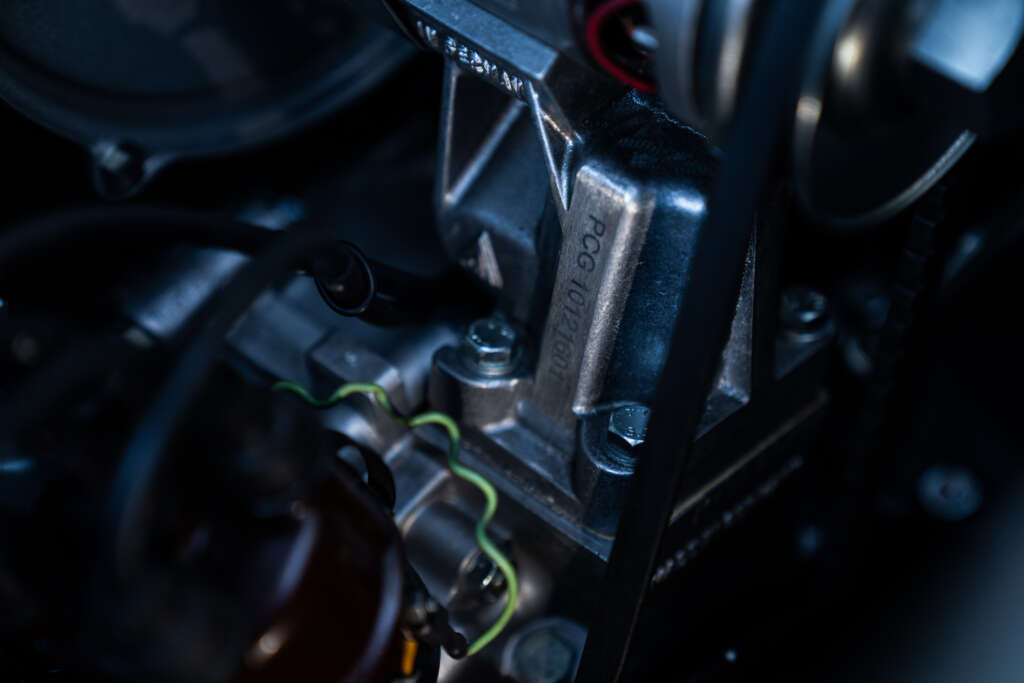 James Turner from Sports Purpose looks forward to your questions and is happy to help you.