Equipped from new with a factory-optioned electric sunroof, here is an elegant 1965 356 C 1600 SC coupe presented in Signal Red over black. Its early history indicates that it was shipped from the factory in late 1964 and delivered in California, eventually making its way to a collector in Pennsylvania via Gullwing Motors in New York.

In November of 2011 it returned west to a discriminating enthusiast in Bel Air, California, who had been specifically seeking a high-quality SC sunroof coupe from 1965, the final year of 356 production. That sale included a comprehensive inspection by noted collector car analyst Steve Linden of Specialized Vintage Vehicle Services. Prepared on 18 November 2011, when the car had recorded 54,485 miles, the report noted that the rear floors and lower battery well had been replaced, but that it “had been restored to maximum professional standards.”

The car’s accompanying Porsche Certificate of Authenticity lists the car’s original color scheme as Light Ivory over black leatherette, but it had subsequently been repainted red in what was clearly a comprehensive, high-quality job. The certificate also listed the car’s original options, which included the aforementioned sunroof, plus a set of chromed steel wheels and black floormats. A multi-band radio, antenna, and fog lamps have been installed. It retains its numbers-matching engine and gearbox.
As part of the new owner’s maintenance program, a correct pair of Solex carburetors was located, restored, and fitted at considerable expense. Although this car has been driven very little in the past decade, it has received attention from Porsche specialists in the Los Angeles area. The car is supplied with a file of service invoices indicating a brake service and more recently a thorough tune-up in early 2021. Riding on new tires, it is accompanied by a correct spare wheel, reproduction tools, and spare luggage straps.
Retaining its California “black plates” with 1964 and 1965 registration stickers, this disc-braked 1600 SC coupe would please any Porsche collector. 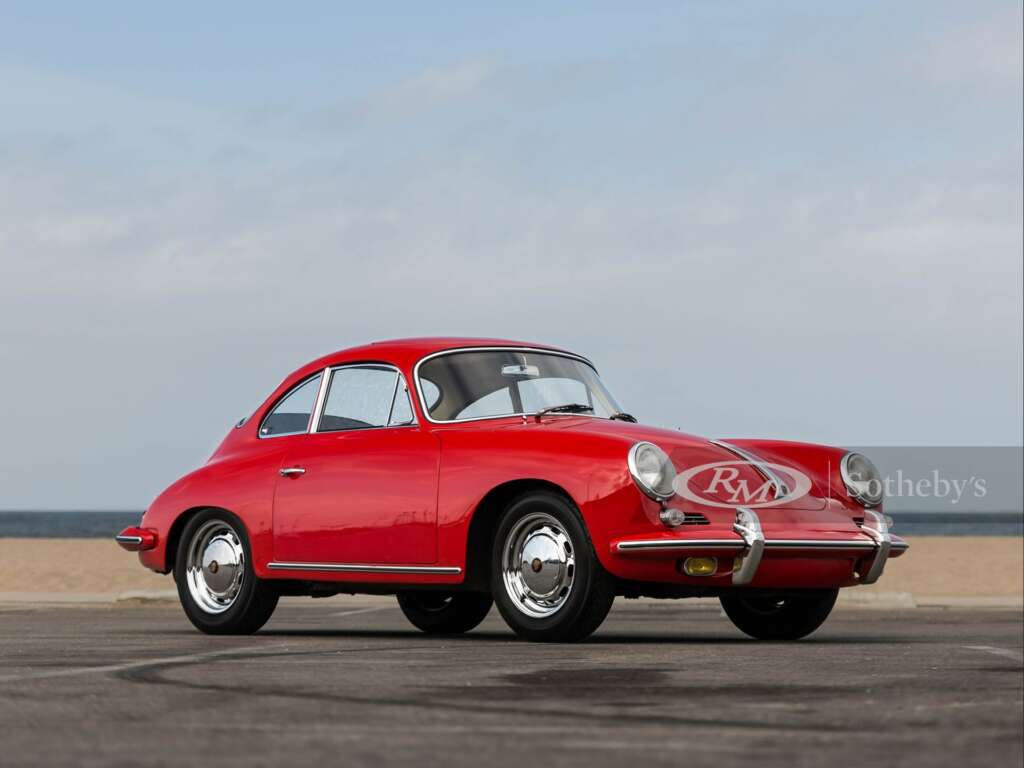 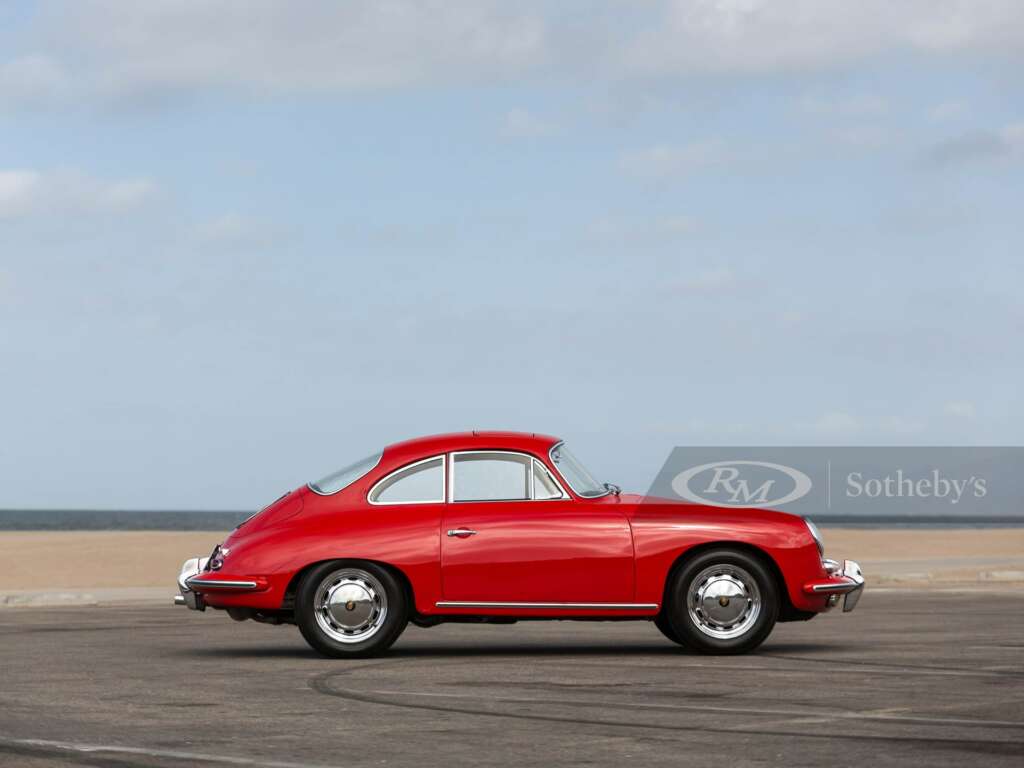 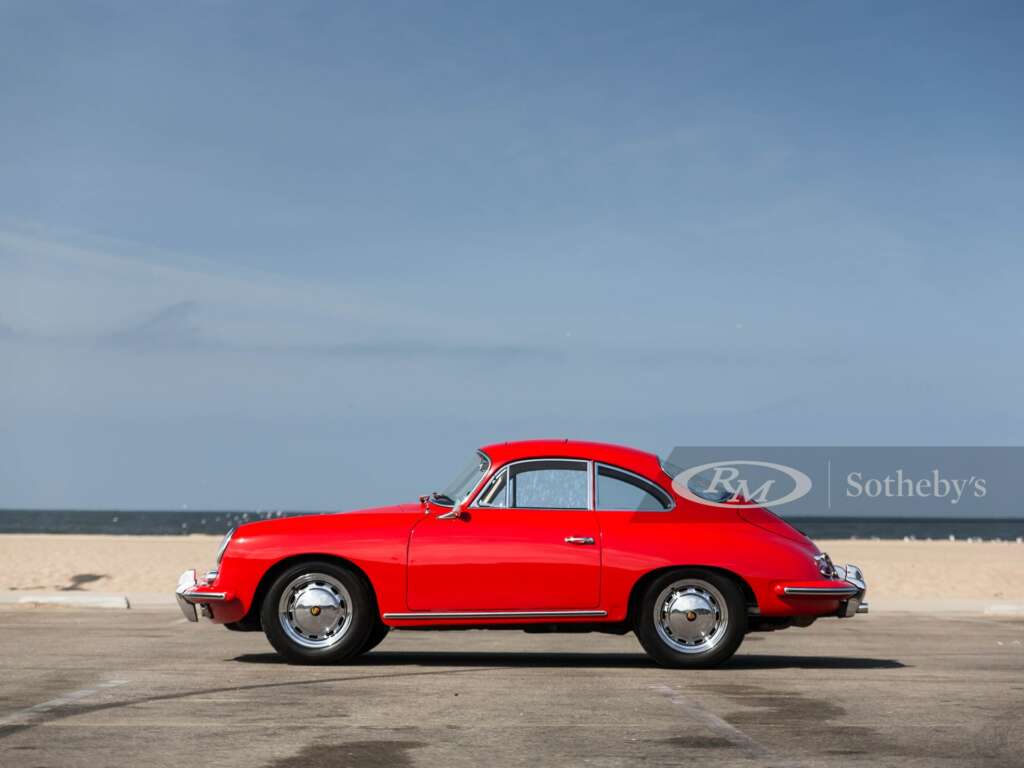 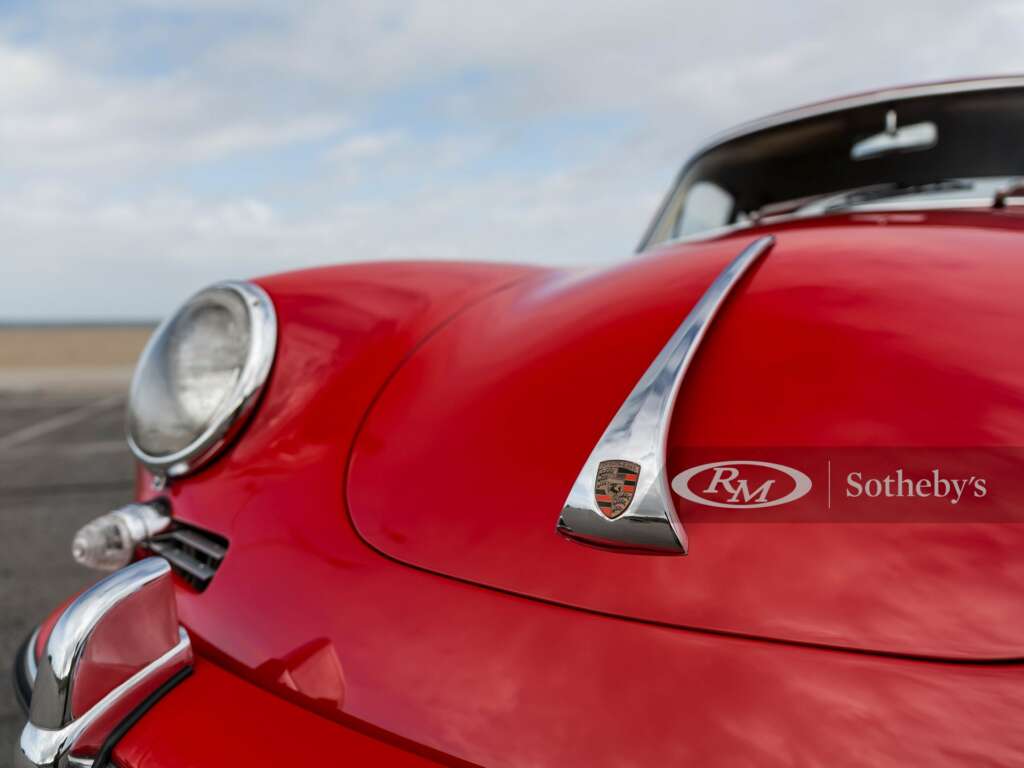