When Porsche presented the 911 at the IAA in Frankfurt in 1963 as the designated successor to the proven 356, there were doubts as to whether customers would really accept the new model. A year later, you no longer had to worry. The new 911 from Zuffenhausen became the favorite of sports car drivers. After around ten years of construction, the 911 was extensively revised. The most striking feature of this new 911 generation are higher bumpers with black plastic bellows. A red cover and Porsche lettering are attached between the rear lights of the G models. The rear number plate is flanked by two large rubber bumpers with integrated number plate lights. You can now purchase a 911 3.0 from 1977 in this auction. This Porsche was first delivered in April 1977 in Germany. The car has been in the seller's family for over 30 years. According to the seller, this 911 has had three previous owners. Some documents and a partially stamped checkbook are available, which is why the history of this Porsche can be roughly traced. The 911 with the chassis number 9117601236 has a valid MOT until September 2023, two keys are included with the vehicle. After a complete overhaul of the vehicle between 2015 and 2016, a GTÜ classic car report was issued with a grade of 1. Since then, the car has only been moved about 900 km.

According to the seller, the vehicle was completely repainted in 2015 as part of the restoration. The color of the paintwork is called Carrera white. The body of the Porsche is equipped with a US look and a turbo spoiler. The headlights are in the EU version. The seller states that the rear turn signal lenses are sold as an accessory. According to the seller, the paintwork is in very good condition. Furthermore, no rust can be found on the entire body of the 911. According to the seller, this Porsche was accident-free in his possession. No parking bumps can be found on the front bumper or on the rear bumper. Overall, the 911 is in good condition.

The Porsche rolls on original Fuchs rims (7×16 on the front and 8×16 on the rear axle), which are in good condition. Tires from the Continental brand convey contact with the road, which, according to the seller, should be replaced with new ones due to their old age. The brakes were renewed in the course of the restoration and are therefore in new condition. There are obviously no defects to be found in the chassis.

The interior of the 911 has seats in black partial leather with a pinstripe pattern. The interior of this Porsche is in excellent condition, as no damage can be identified. Fittings, switches, levers and all other controls impress with their flawless functionality. The equipment includes a radio, electric windows and a three-spoke sports steering wheel. No deviations from the original condition can be found in the interior of this 911.

A look at the speedometer shows a mileage of 148,000 kilometers. Due to the fact that some invoices and earlier receipts are enclosed, the mileage can be paid as credible.

It is powered by a 200 hp 3.0 liter six-cylinder boxer engine in combination with a 5-speed manual gearbox. Obvious complaints about the engine or transmission cannot be made. According to the seller, the 911 has stood still most of the time since 2016 and has only been driven 900km, so a service would be advisable. The current buyer does not know whether repairs are due or what work needs to be done on the Porsche in order to put it back into operation without any problems. Only the tires should be replaced. In mid-2021, extensive work was carried out by a Porsche specialist workshop for just under € 4,300. According to the seller, the injectors were renewed, the flow divider and the warm-up regulator and the shift rod clutch were renewed.

To the best of the seller's knowledge and belief, the description of this auction and the kickdown check are accurate and not misleading. Kickdown asks all sellers for a number of details about the vehicle and performs some verification. However, the bidder must satisfy himself of the accuracy of the description and make all necessary inquiries before bidding. Please read our Terms and Conditions for more details. 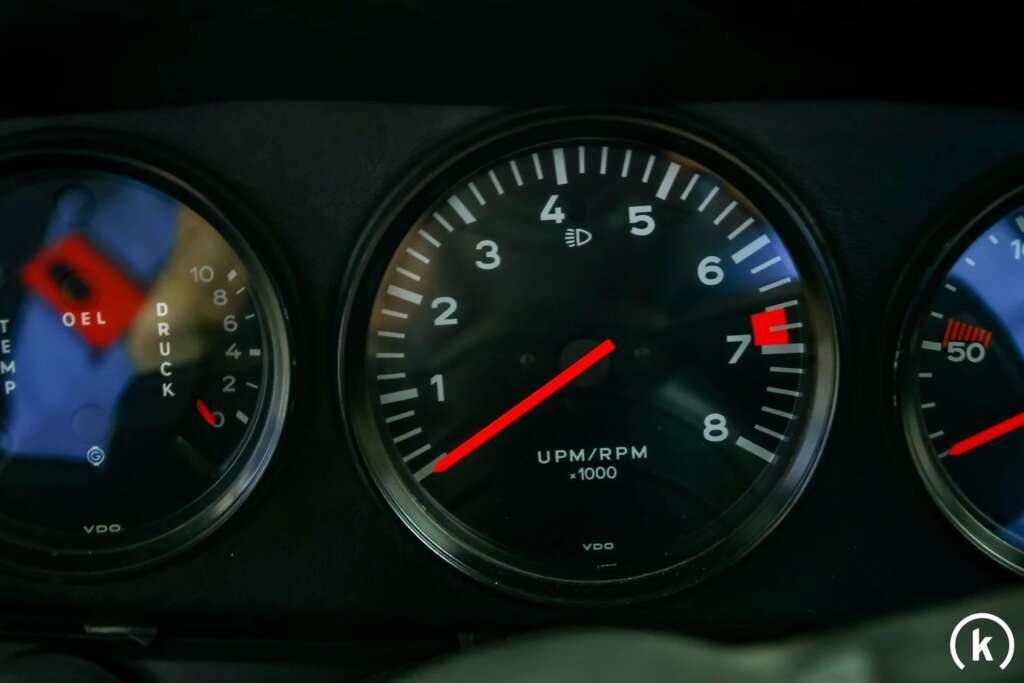