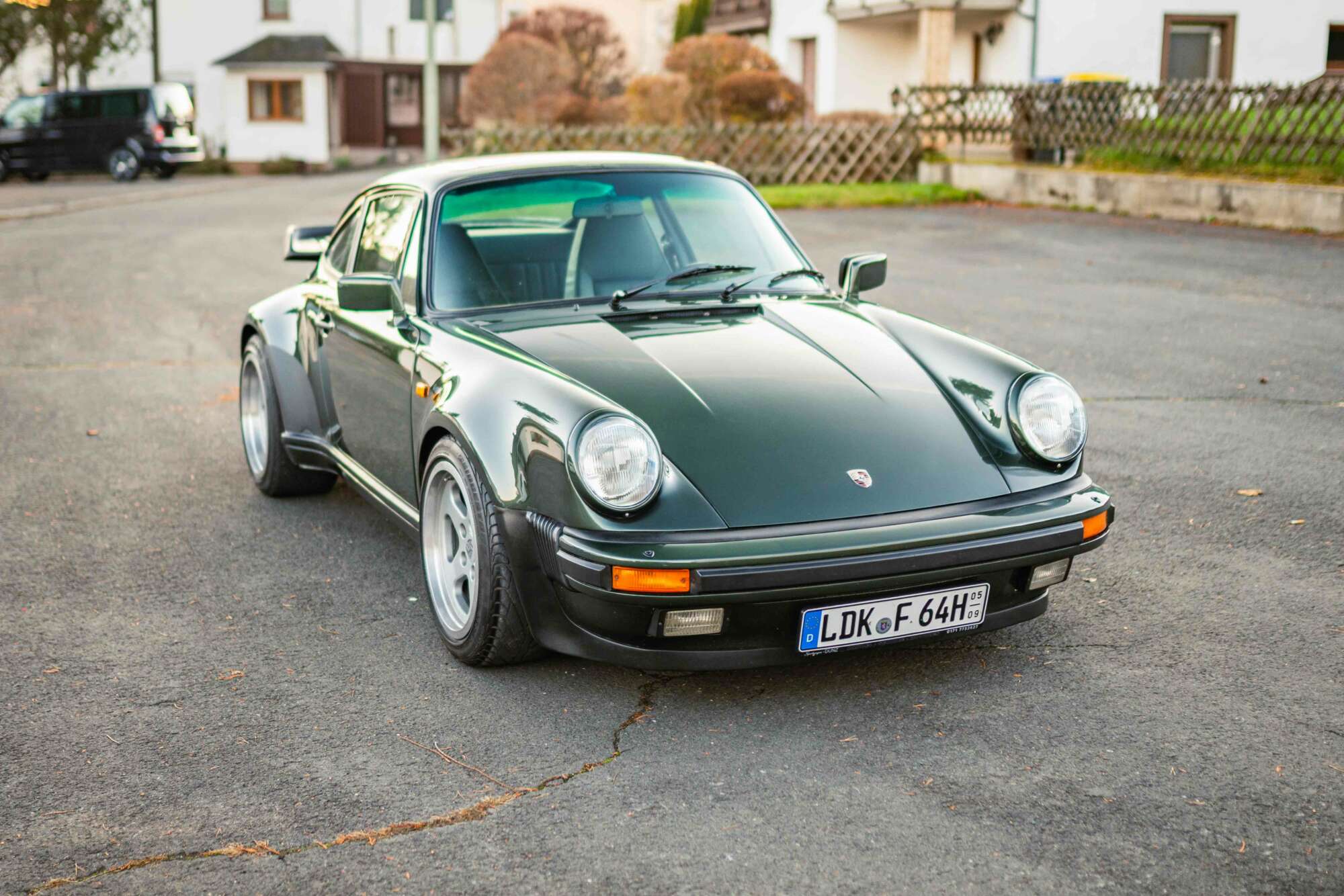 You now have the opportunity to purchase a Porsche 911 Turbo, Type 930, from 1980 in this auction. The Turbo, which was first registered in Germany on May 23, 1980, now has 8 owners, the chassis number is 93A0080817. There are still two keys to the vehicle, the 930 Turbo has an H-approval as well as a TÜV until September 2023. A folder with previous TÜV reports and various data sheets is available, and the Turbo also has an expert opinion. A special color called "cypress green metallic" stands for the color code 285, which can be found on the Porsche: It shows up as dark green on the paintwork of the 911. The owner notes that the 930 Turbo has been completely repainted, using the original color of course. Now the condition of the paintwork is accordingly without any inconsistencies, there are apparently no defects to be seen, the painting was apparently carried out professionally. In addition, the owner notes that the Porsche has run accident-free in his hand.

Valuable traded RUF Speedline alloy wheels are fitted to the 930 Turbo, along with tires which are 70% of their new condition, according to the owner. Even after closer inspection, the rims show no signs of damage such as curb scratches or scratches, so they are in perfect condition. Perforated brakes on the front axle and the rear axle have been redone, the chassis is in a modification-free condition.

Black full leather seats await you in the interior of the Turbo 3.3: They are in perfect condition, there is no damage to be found anywhere in the interior, the Turbo has a fully functional sunroof and a radio in addition to the extensive standard equipment. The switches and buttons are also fully functional and don't look worn. In addition, the steering wheel and gear knob show no signs of wear.

The cockpit with five round instruments obeys the 911 tradition that has lasted to this day and offers information in abundance, the odometer reading is 113,730 kilometers, whereby the total mileage of the turbo is no longer fully traceable, according to the owner, since there is no checkbook. However, this is the least of your concerns as the owner says the engine has been completely rebuilt.

The engine overhaul was carried out not so long ago, the 930 Turbo was completely and extensively overhauled after consultation with the owner. In addition, the drive shaft bearings have been overhauled, so the future owner will probably not have any repairs in the near future, since the last service was only completed in September 2021. A 300 hp 3.3 liter six-cylinder boxer with turbocharging serves as the drive, the gears are engaged via a 4-speed manual transmission. Transmission-technical defects cannot be identified due to perfect shiftability, engine-related no complaints are to be made due to the overhaul of the boxer engine.

Regarding the underbody, the Porsche 930 Turbo has undergone a restoration, so it is now in excellent condition, apparently there is no rust here.

The picture shows the folder mentioned above with some documents, such as invoices and other documents about the vehicle.