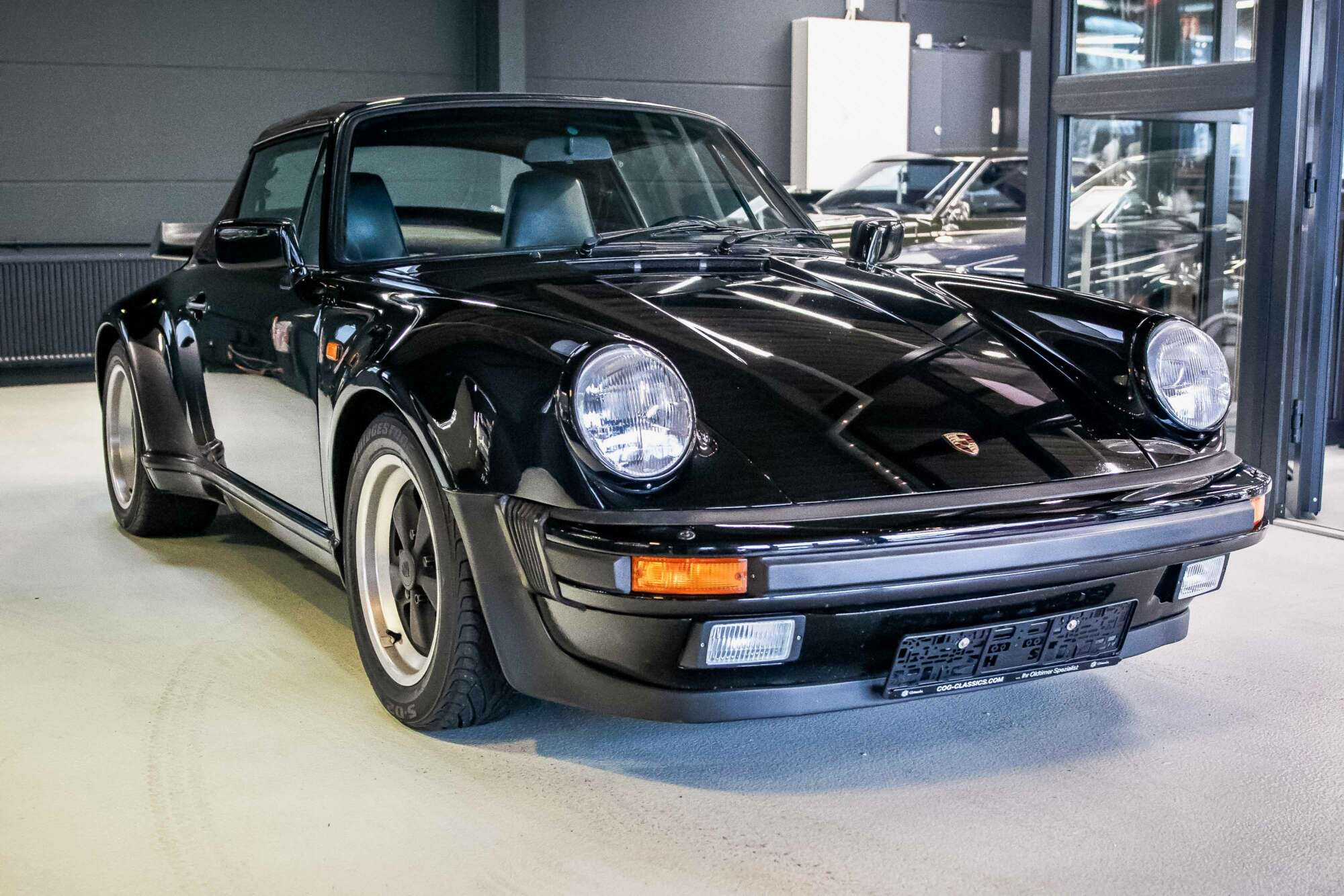 A Porsche 930 Turbo Cabriolet from 1988 will be up for auction in this auction. This Turbo was first registered on June 30, 1988 in Vicenzia, Italy: According to the seller, the first owner had the Porsche regularly serviced (this service record is also included with the history). ). A few years later, a Dutchman bought the Porsche, who continued to take care of it and serviced the turbo just as regularly as the first owner. Finally, the Dutchman sold this car to a German classic car collector, who had the engine and transmission overhauled in a specialist workshop in 2014. Invoices of almost €18,000 are available and can also be viewed in the photo gallery. The TÜV will be re-done after consultation with the seller before the handover. A data sheet from Porsche is available for this car. Except for a fender, the 930 Turbo is still in the first paint. In terms of paintwork, the Porsche 930 Turbo, which is kept in classic black, is in a very clean condition corresponding to its age. There are no visible modifications to the bodywork, and there are no traces of corrosion. The front and rear bumpers show no signs of parking bumps, after consultation with the seller, the Porsche has always been accident-free.

Bridgestone tires are in acceptable condition on the original Porsche Fuchs rims, one of which has a curb scratch on an aluminum rim. Otherwise, there are no abnormalities to be found on the rims, nor on the brakes. The chassis of the Porsche 930 Turbo is original.

A typical Porsche cockpit from the G-model era can be found in the interior: it is black and functional. There are no worn door panels, scuffed seat bolsters or other signs of excessive use to be found here. It is also worth mentioning that the soft top can be unlocked, opened and closed and locked again without any problems. A clean state of preservation can also be seen in the front compartment and in the trunk. All controls in the interior of the Porsche are neither damaged nor worn. It should also be said that everything inside the 911 is in its original condition and nothing has been tampered with. All instruments and displays in the interior of the 911 are fully functional.

The displays, which lie perfectly in the driver's field of vision, lie somewhere between purism and sporty character: the speedometer reveals a mileage of 79,500 kilometres. The overall mileage of the Turbo can be traced back to a number of invoices and TÜV reports, which are included with the history of the Porsche.

The 3.3-liter turbocharged six-cylinder boxer engine works in the rear, delivering 300 hp with a full punch, and it is shifted via a 4-speed manual transmission. Defects in the area of the engine or the transmission are not objectionable. The extensive work that applies to the engine and transmission overhaul is described and listed in detail in the series of pictures. Due to this work, the future owner can carefree take the next kilometers under the tires.

A look at the underbody of the Porsche 911 Turbo reveals a very healthy substance sealed with underbody protection and without corrosion. 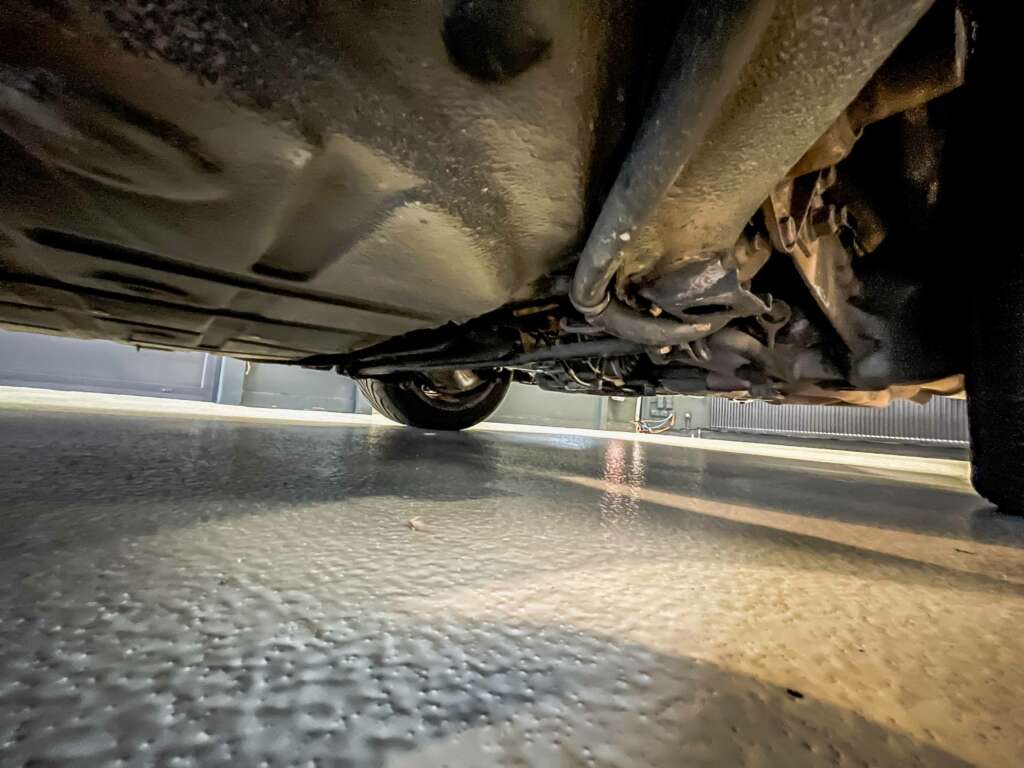