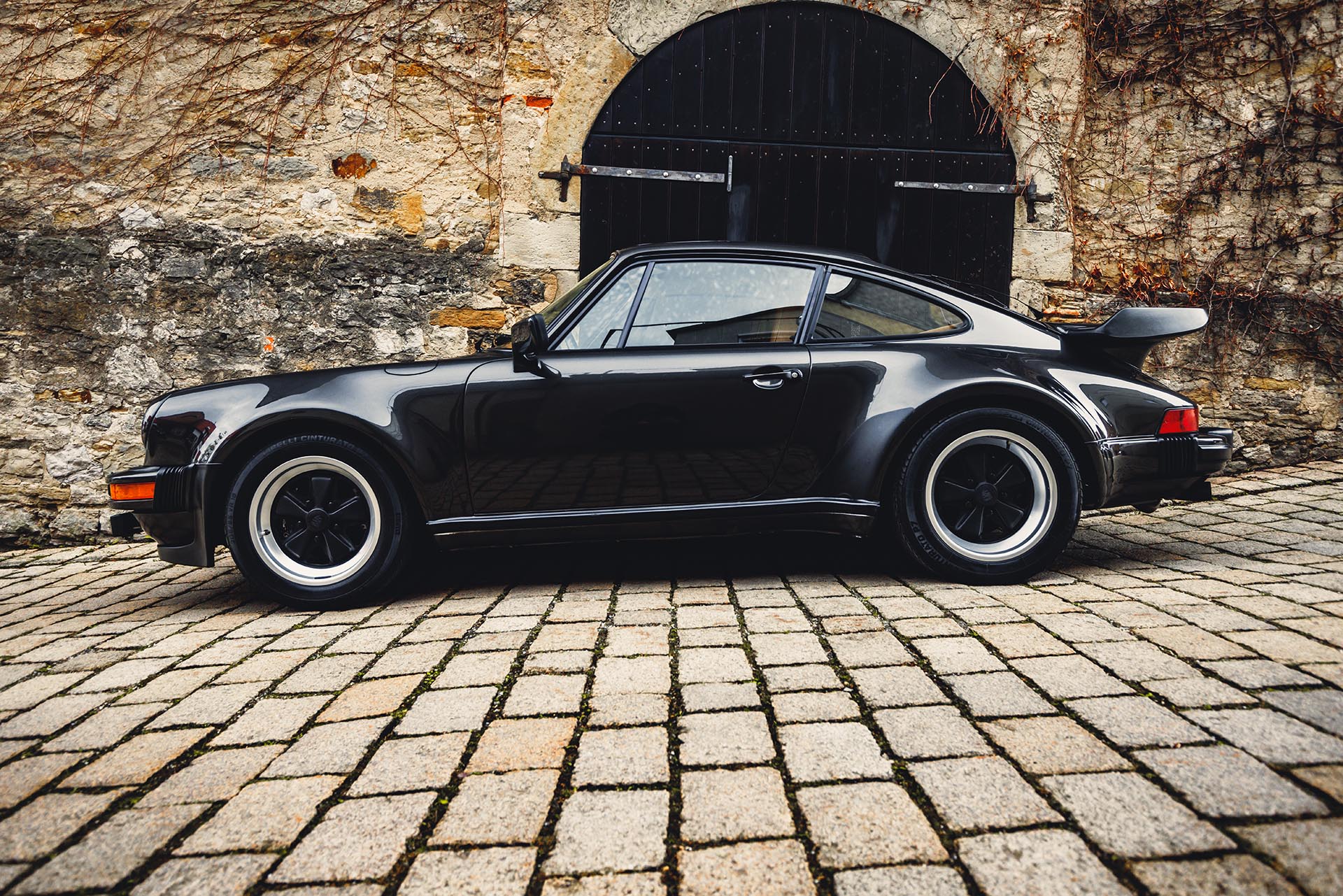 The Porsche 930 Turbo 3.3 offered here was completed in July 1979 in the factory for the US American market, where it was delivered in March 1980 to its first owner Mr. Otto Divosta, a well-known contractor in the USA. What is special is that this car is one of the last 50 examples of the 930 Turbo that were built for the US American market. In addition to a plaque in the interior, a contemporary certificate from Porsche also provides information. The car remained in Otto Divosta's possession for more than 30 years, but he only exhibited the car in his collection without ever moving it. At the same time, however, the trolley always remains ready for use. In 2016, Divosta decided to sell its 930 Turbo after more than three decades. The new owner, also a fanatical Porsche collector and good customer of our company, owns the car for the following 5 years before the purchase by our company takes place. We are handing over this time capsule to its future owner with an original mileage of 130 miles since delivery including a large customer service and fully operational. Our sales staff will be happy to answer any detailed questions you may have at any time. Please note that vehicle inspections are generally only possible by prior appointment. 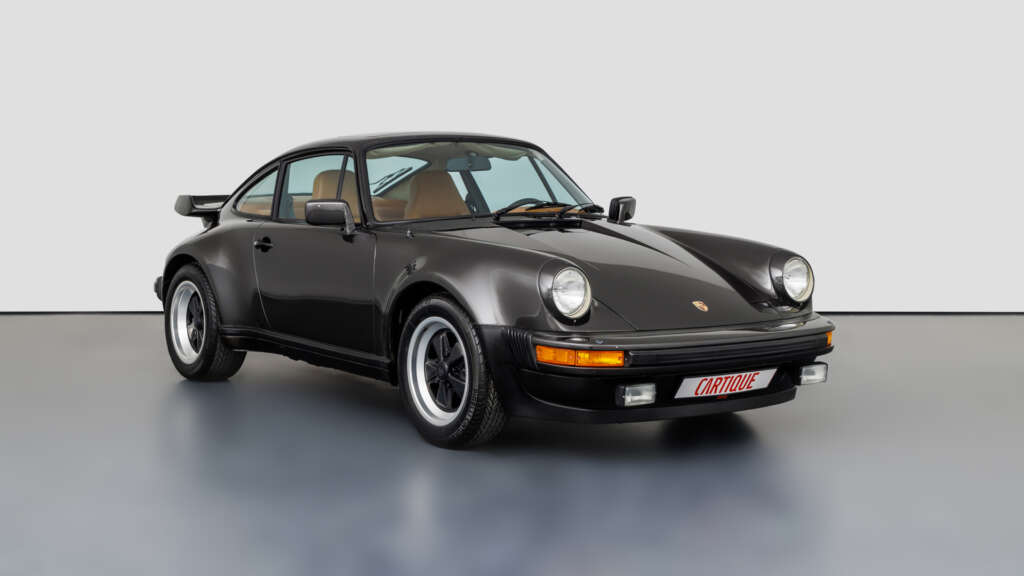 The Porsche 930, better known as the Porsche 911 Turbo, is a sports car that was produced from 1974 to 1989 based on the Porsche 911. When it was introduced, the vehicle was the fastest series-produced sports car in Germany. The 930 was the first production sports car in which Porsche installed a turbocharger. It was the top model from Porsche, which was initially only offered as a coupé, and from 1987 also in the body versions Targa and Cabriolet. Many design elements of the 911 Turbo were adopted from the 911 Carrera RS 3.0. This included the front and rear fenders, which were around 50 mm wider than the 911 Carrera RS 2.7 and were necessary to accommodate wide tires on the light-alloy Fuchs rims under the body. To reduce lift on the front and rear axles and increase driving stability at higher speeds, the car received a front and rear spoiler. The large and flat rear spoiler resembled a whale tail and became the main distinguishing feature of the sports car. Despite the high engine output offered by the 911 Turbo 3.0, many customers wanted an even more powerful 911 sports car. Porsche reacted and developed a more powerful vehicle based on the first turbo in 1977. The new 911 Turbo 3.3 car had an output of 221 kW (300 hp) at a speed of 5500 rpm. This was achieved by increasing the displacement from three to 3.3 liters, increasing the compression ratio of the six-cylinder boxer engine to 7:1 and also using an intercooler. The intercooler used for the first time in a production vehicle meant that more air mass reached the cylinders with the same compression through the turbocharger, because the specific volume decreases during cooling ("the air contracts"). At the same time, compression can also be higher because of the lower temperature, because the tendency to knock increases with the temperature of the compressed gas. Only this improved internal cooling allowed an increase in compression. The new 930 still had a four-speed manual gearbox, which was capable of a top speed of 260 km/h and acceleration from zero to 100 km/h in 5.3 s. Buyers in the USA, Canada and Japan received the sports car in a slightly less powerful version with 195 kW (265 hp) due to the stricter exhaust gas regulations there. Externally, the car remained almost unchanged compared to the previous model with its front and rear fenders that were greatly expanded. The only difference between the two vehicles was the modified rear wing. While the Turbo 3.0 resembled a whale tail fin, the 3.3-liter Turbo had a larger rear wing with a substructure to accommodate the intercooler underneath. In addition, the circumferential rubber lip was pulled up at the edges in order to be able to introduce even more air into the engine compartment. 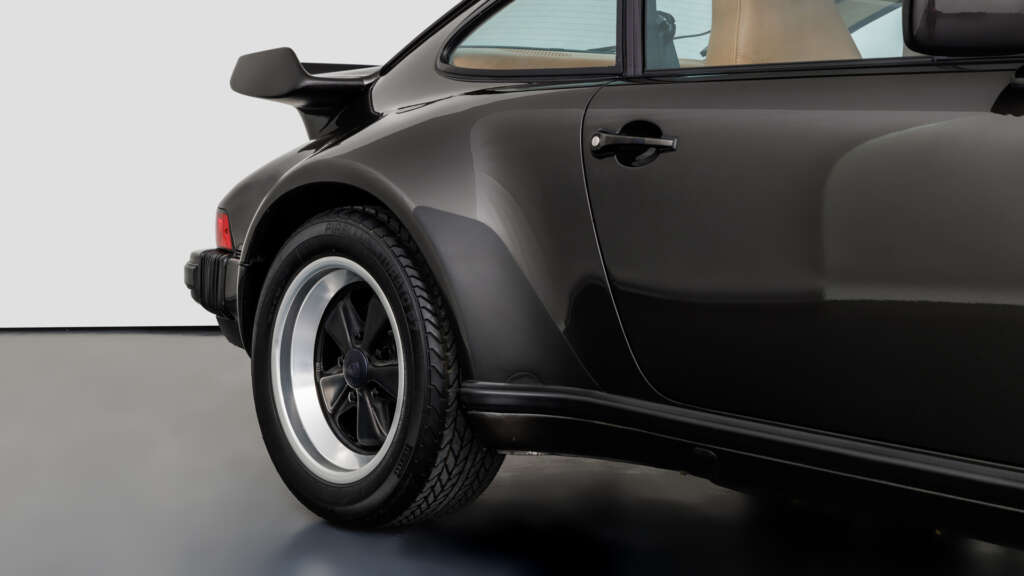 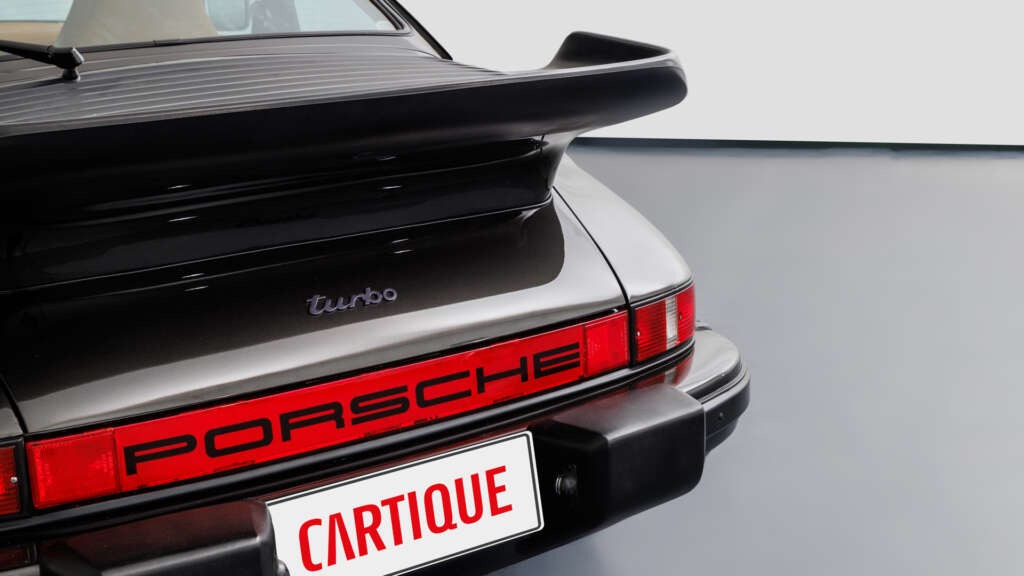 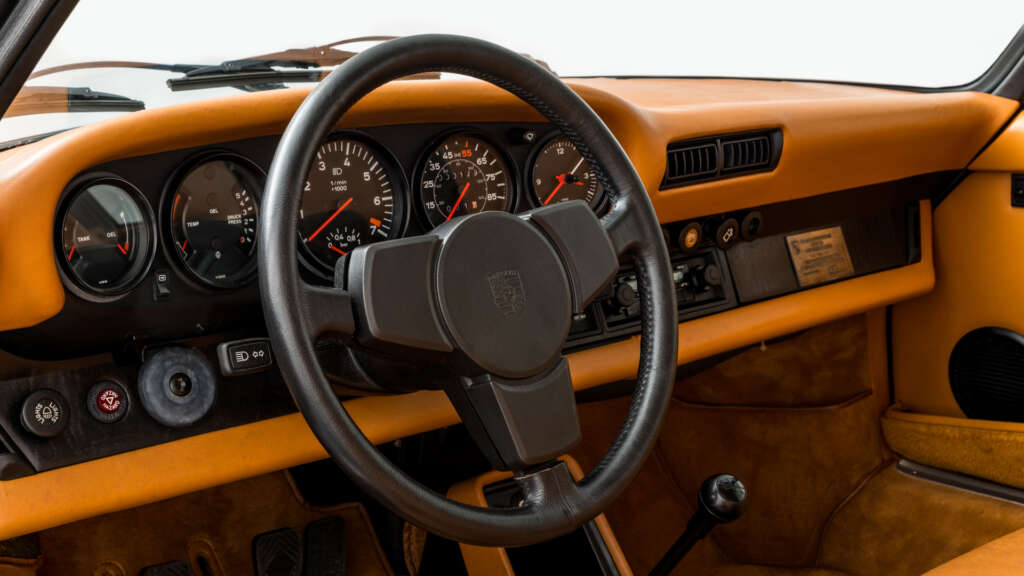 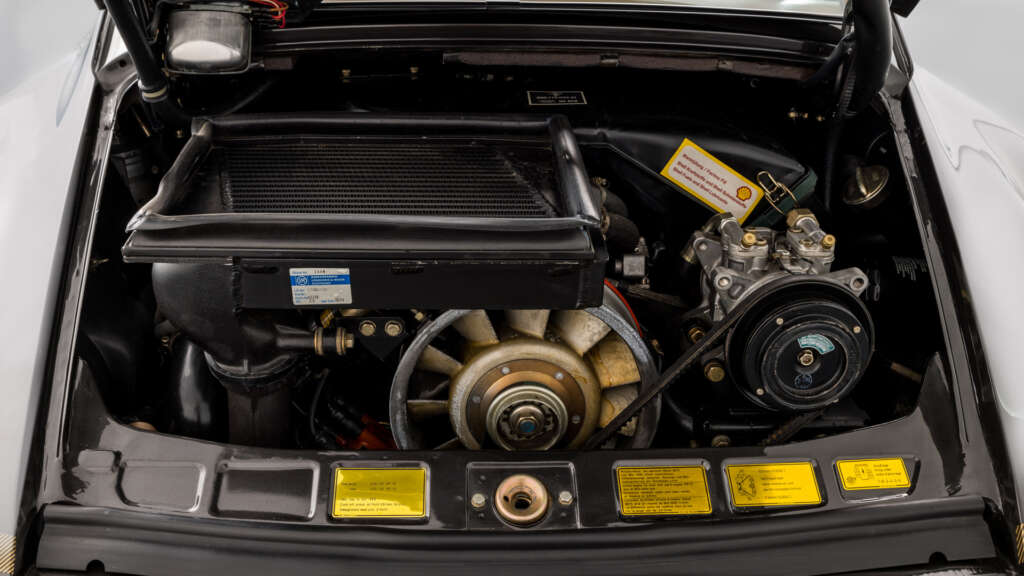