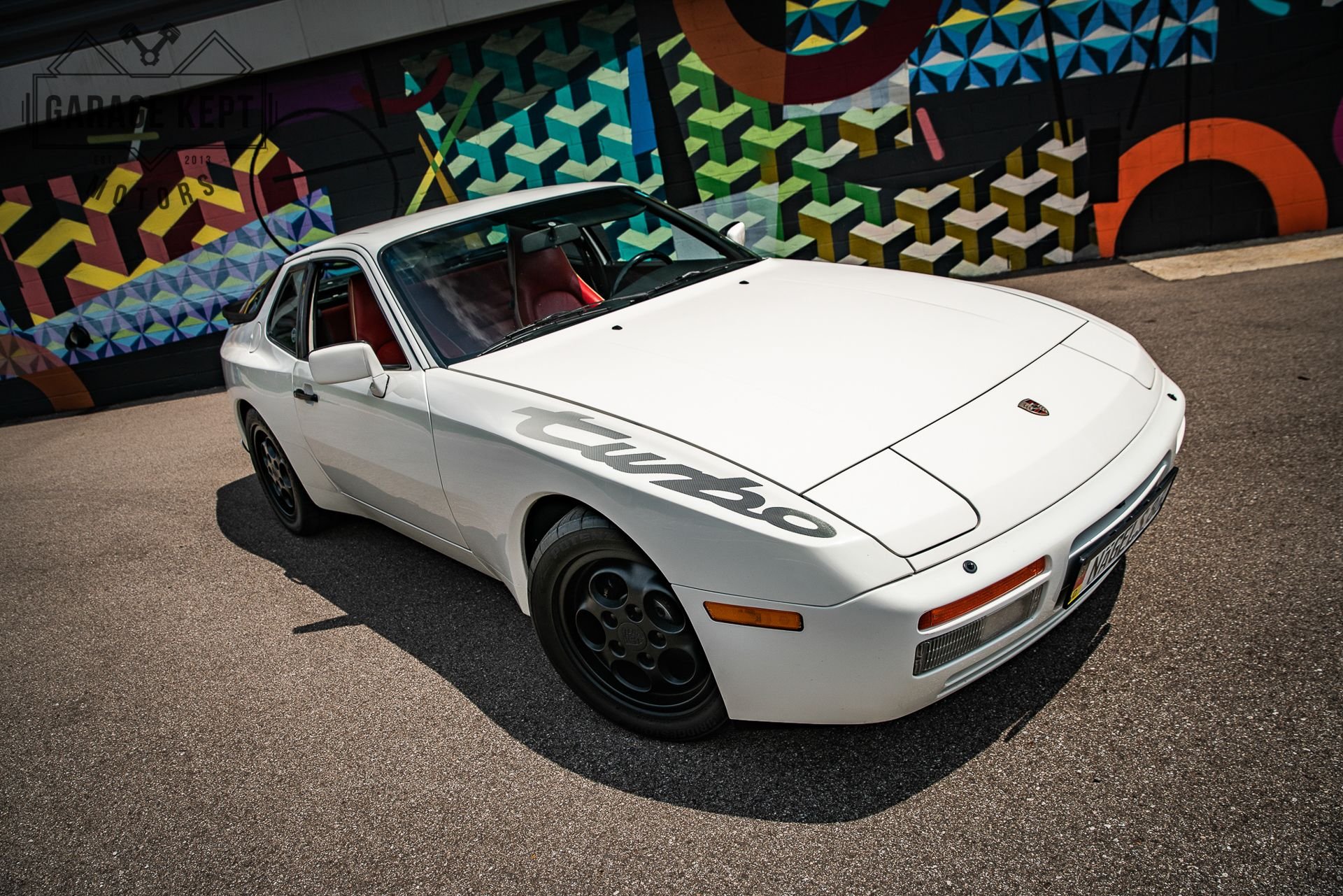 “For lunch it prefers Ferraris, although it has been known to snack on Corvettes” -1986 Porsche 944 Turbo magazine ad That famous Porsche 944 Turbo advertisement went on to tell the whole story: “It seems there is some confusion these days about what is and what isn’t a performance car. Such are the excesses of advertising, unfortunately. But let’s get one thing clear. The automobile you are looking at on this page is one of the four fastest production cars in the world. Period. The Porsche 944 Turbo. Exactly how fast is it? Faster in both acceleration and top speed than a Ferrari 328 or a 1988 Chevrolet Corvette.” No wonder so many 944 Turbo owners display a copy of the ad (still available online, by the way) in the documents file they keep for their car.

The Porsche ad really was truth in advertising, as the unbiased Hemmings folks verified: “The turbocharged, eight-valve, 2.5-liter engine in the 944 Turbo provided a 217 hp wallop for its drivers, and with 243-lb.ft. of torque, more than a hundred pound-feet better than the original normally aspirated car. With suspension and brake upgrades to go along with the added power, the 944 Turbo’s zero to 60 time under six seconds and top speed over 150 MPH had it knocking on the door of supercar territory.”

Offered here in Alpine white over (Cancan) red is a properly maintained, excellent condition 1986 Porsche 944 Turbo. The car’s odometer shows 150,615 miles, or roughly a very conservative 4,303 miles per-year on average. Equally important, as the CarFax history shows, the car has received recent comprehensive service such that it offers its next owner many more satisfying miles ahead.

The car’s exterior single-stage paint—a Porsche manufacturing point of pride—remains in excellent condition across the body. The classic Porsche exterior color appeals to many Porsche enthusiasts because it showcases the many design cues on the cars, in this case: the horizontal round-ended air intakes on the lower front fascia; the bespoke rear-deck 944-trademark spoiler; the script rear-deck “turbo” designation; the top-right fender “turbo” decal, and of course, the Porsche hood crest. On this particular car, the black-finished OE “phone dial” wheels (showing off the Porsche-logo black brake calipers) can be added to the list for a “pure 944” visual statement. The body-panel alignment and fit is up to Porsche’s high manufacturing standards. There are no dings, no dents, and no damage on the body. And no rust, in part due to the fully factory-galvanized body. Lightly tinted cabin glass (including the large, beautifully shaped rear hatch) is free of cracks or other damage; lighting lenses are similarly pristine. The previously mentioned stock wheels (with OE Porsche-crest centercaps) have been professionally refinished in black, and mounted with Bridgestone® Potenza performance tires.

As perfect a color choice as Alpine White was for the exterior paint, the car’s interior holds a beautiful surprise: bright red seat upholstery (leather and white piping on the front buckets), believed to be a Porsche-custom-ordered (these days it would be a “Porsche Exclusive” item) rare and highly prized “Cancan” red. The condition of the leather is outstanding for its age; only expected light creasing is noted. In contrast to the seats, all other interior appointments are in black making for a delightful contrast (likely to be the only such car at any Porsche-enthusiast gathering). The car’s black dash is in excellent condition, overall showing one crack common to these models due to the material used (and how it reacts to sunlight) at the time of manufacture. The characteristic 944 instrument cluster features analog gauges behind a clear lens; instrument markings and colors are crisp and sharp, including on the fluorescent indicator needles. (The boost gauge is an enthusiast’s delight.) The car retains its original Blaupunkt® Reno radio (with premium equalizer). Note that the “158” option code shows both the “Monterey” and the “Reno” radio (depending on the build date of the car). All original toggle switches for power-window control, side-mirror selection, power door locks, and pop-up sunroof control are located on the console below the radio and ahead of the factory short-shifter for the 5-speed manual transmission. Cabin carpeting is black, protected by black-and-red premium sisal mats in front.

Under the hood (which features fresh hood insulation, another sign of owner care), the 2.5-liter 30°-angled, inline four-cylinder Porsche powerplant is centermost in an exceptionally clean and well-ordered engine bay. The car’s air-conditioning system has been upgraded to R134 refrigerant, and front shocks have been replaced, but no engine-performance modifications are noted. Viewed from below, the chassis shows no indication of damage as might be the case had the car been driven too aggressively or tracked; under-body panels (often missing from these cars) are in place.

While the more than 155 high-definition photographs and the short walk-around-and-startup video available on the GarageKeptMotors website showcase this ’86 Porsche 944 Turbo in detail from every angle, including from below, we expect and encourage in-person inspections at our Grand Rapids, Michigan showroom. Please call to arrange an appointment in advance as our showroom is not open to the public. And feel free to get in touch anytime by phone or email if you have questions.

Gordon Cruickshank, in a Motor Sport Magazine article entitled “Stuttgart Slingshot” back in 1986 summed up his weeklong road test in a 944 Turbo: “It is said that car enthusiasts aspire either to a Porsche or a Ferrari; I confess to a strong Mediterranean leaning amongst the normal run of test cars, but a week with the 944 Turbo has suddenly put me in danger from that mythical creature, the two-horned dilemma.” And much more recently, Grass Roots Motorsports (in February 2021) still advised: “Buy one and enjoy one of the fastest, most capable machines of the ’80s. The 944 had a competition pedigree as well as the performance chops to run with the day’s best.”

Add to all of that, this 944 Turbo’s rare color combination, extensive recent maintenance (including recent timing belt and water-pump replacement), and obvious owner pride and judicious use, and we definitely expect the car to be extremely fast-moving… out of our showroom and into the proud new owner’s hands.

(Please note: If you happen to be viewing this Porsche 944 Turbo on a website other than our Garage Kept Motors site, it’s possible that you’ve only seen some of our many photographs of the car due to third-party website limitations. To be sure you access all the more than 155 photographs, as well as a short start-up and walk-around video, and a link to the 944 Turbo’s accident-and-damage-free Carfax history report, please go to our main website: Garage Kept Motors.) 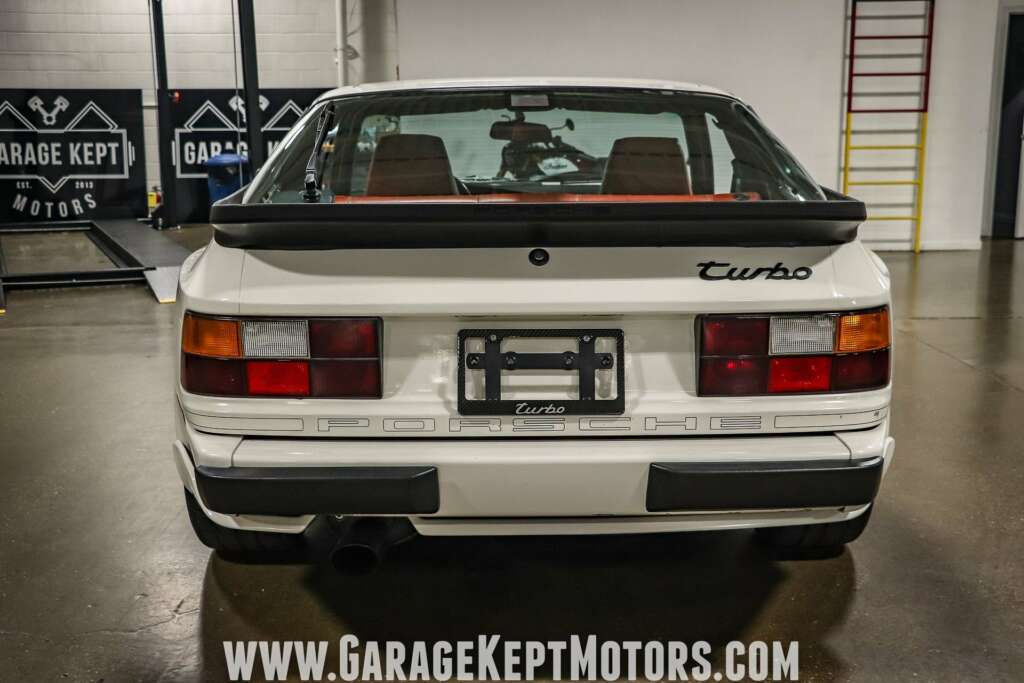 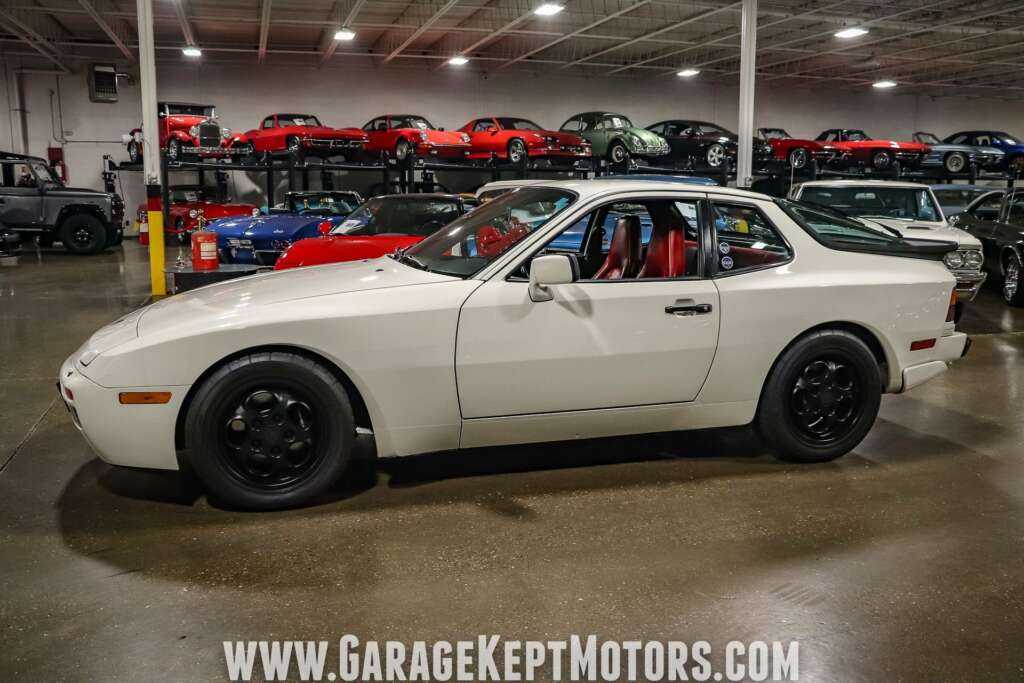 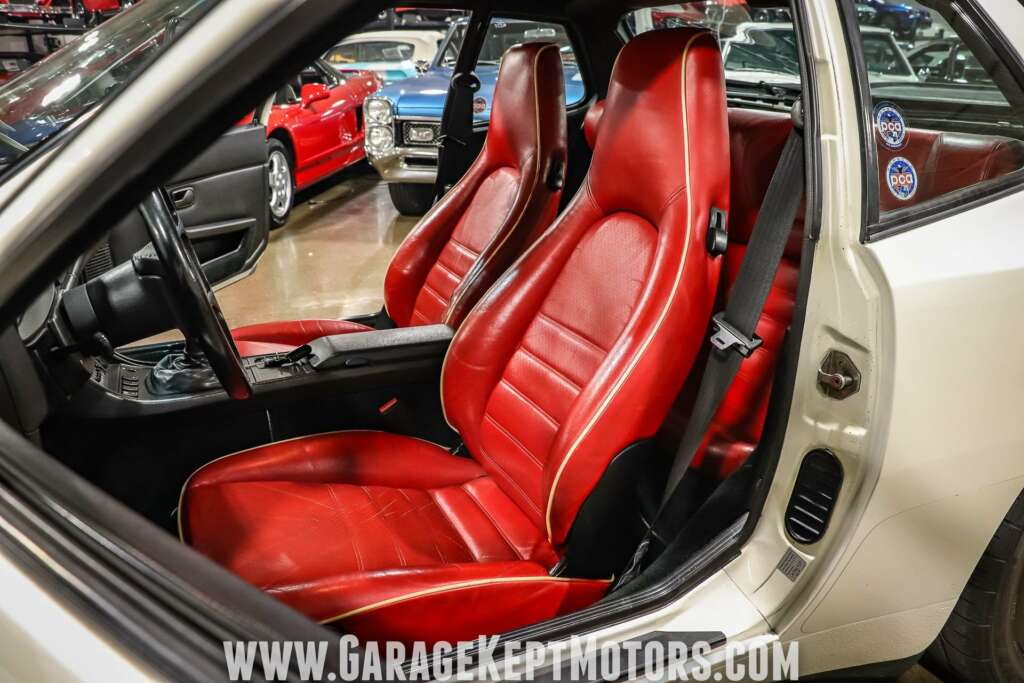 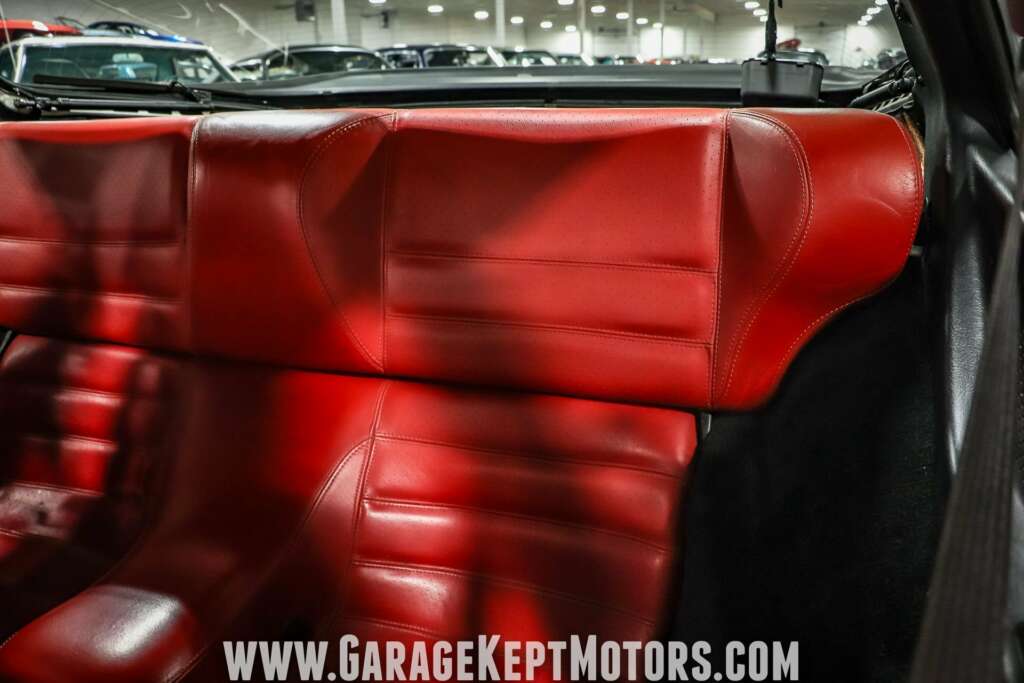 A.J. Dufendach and Jeremy K. Brunan from Garage Kept Motors LLC looks forward to your questions and is happy to help you.