To say the Porsche 959 is a legend is an understatement. The 959 was indisputably a turning point in Porsche history, and represented a shift toward cutting edge technology and all-wheel drive in the pursuit of performance.

The 959 technology platform was built on the basis of the 911 model line in an exclusive series of 292 cars. With a biturbo flat engine featuring water-cooled 4-valve cylinder heads, an electronically controlled chassis and all-wheel drive system, as well as an aerodynamically optimised body, Porsche demonstrated what was possible in the field of automotive design at that time. Despite its price of 420,000 Deutschmarks, the 959 quickly sold out. 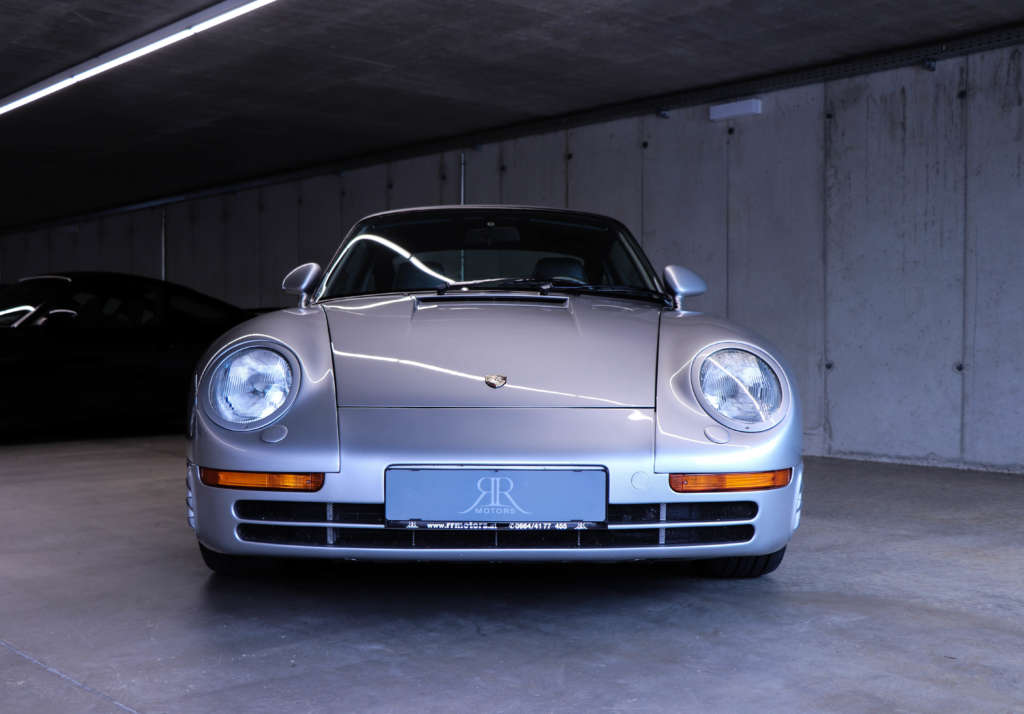 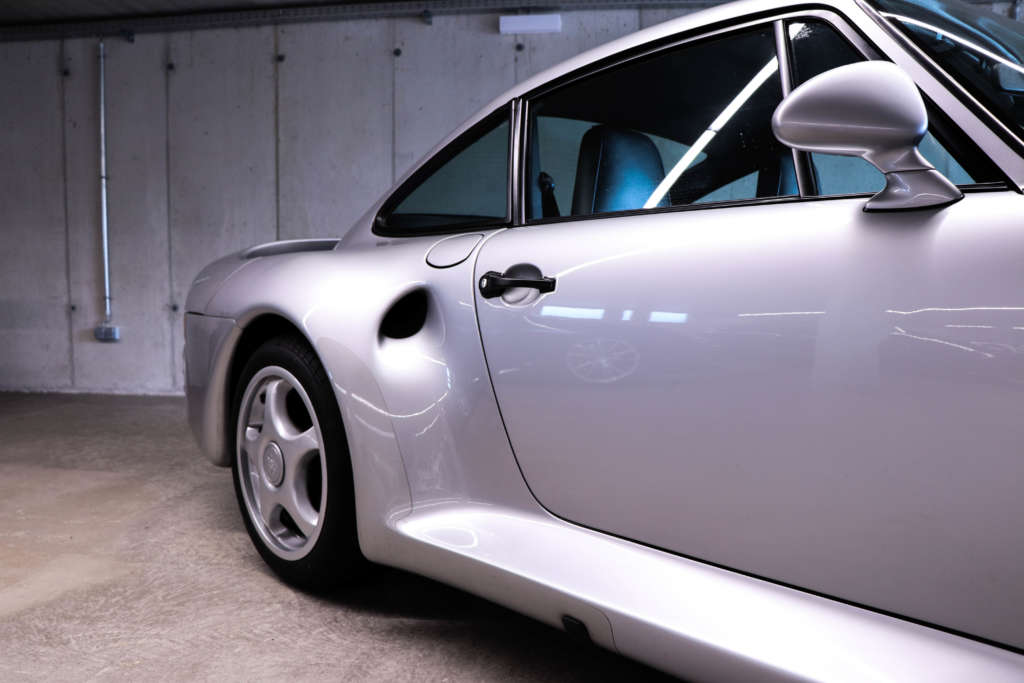 This original paint Porsche 959 had 2 previous owners. The first owner took over the car on 28.9.1989 in Germany. Present invoices show that the first owner made in1992 a performance increase (Leistungssteigerung) to 515 hp (like the 959 S) directly at Porsche in Stuttgart.

This 959 Komfort was originally finished in Silver with Dark Grey leather with contrasting silver inserts, arguably the most iconic 959 color combination.

On the 29th of August 2017 a complete service check was made in the Porsche Munich Classic Department. 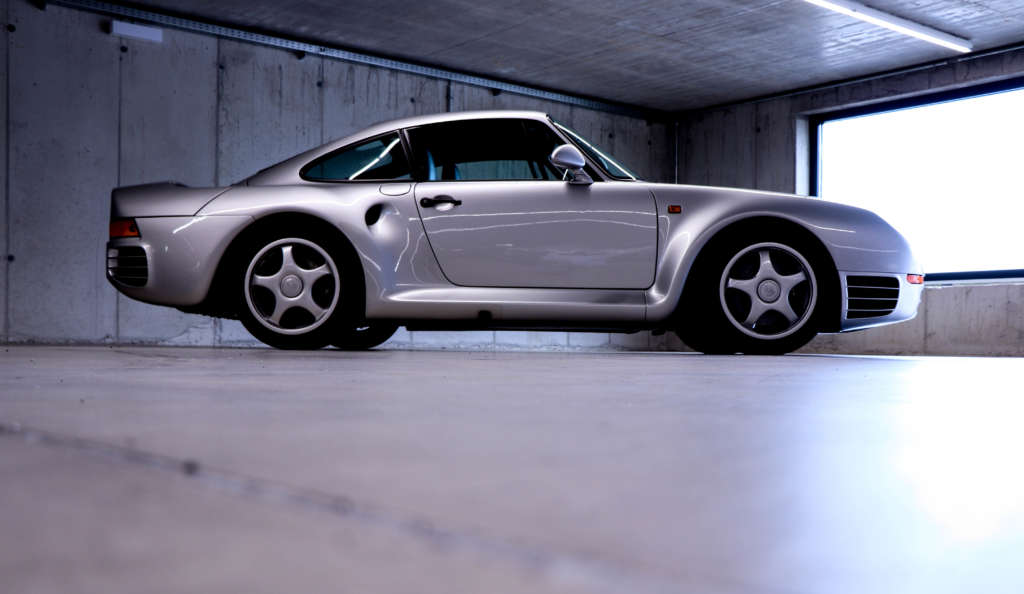 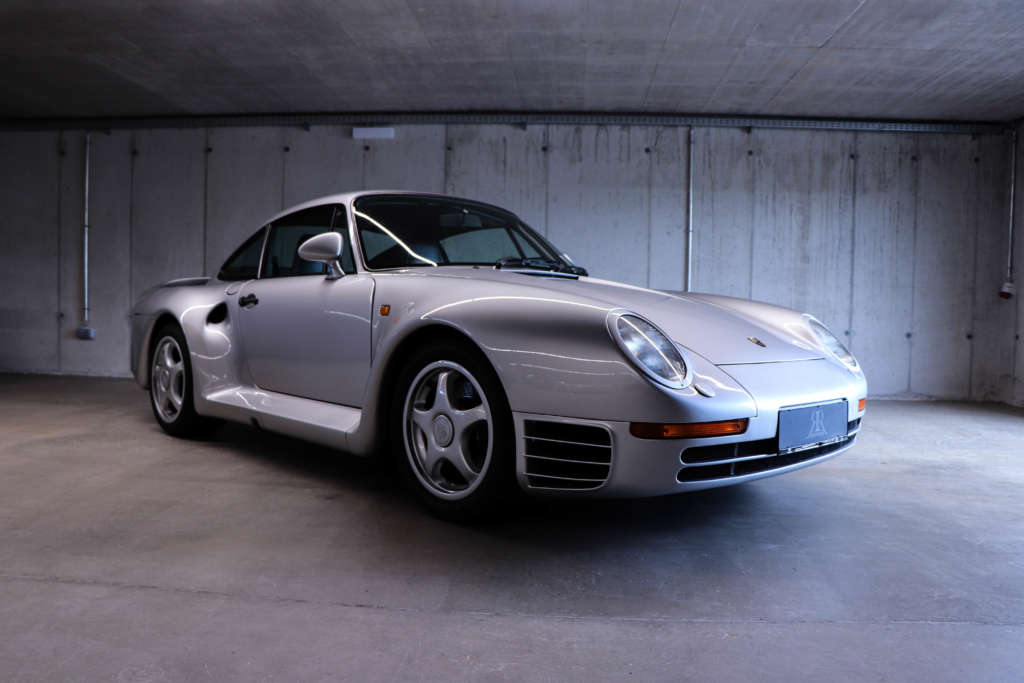 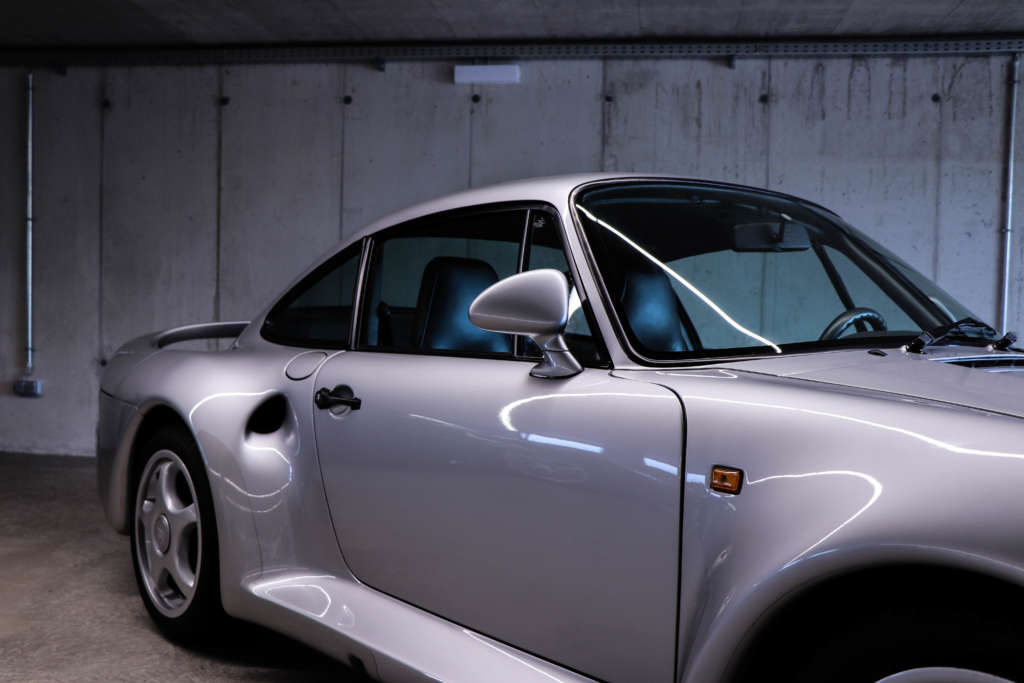 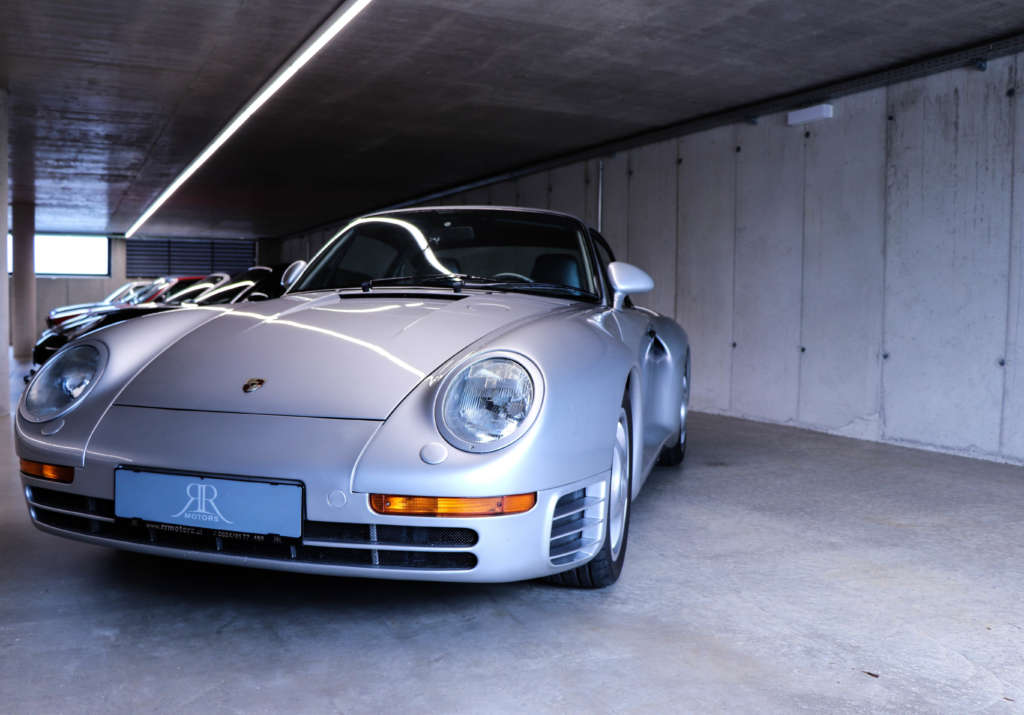 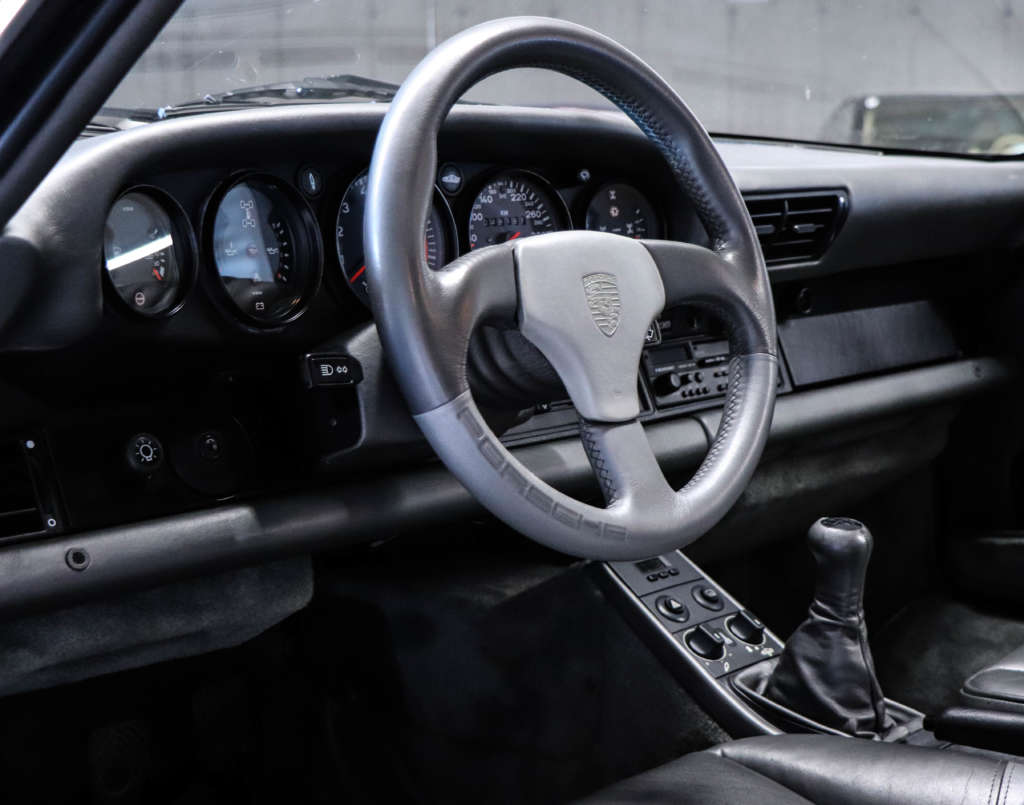 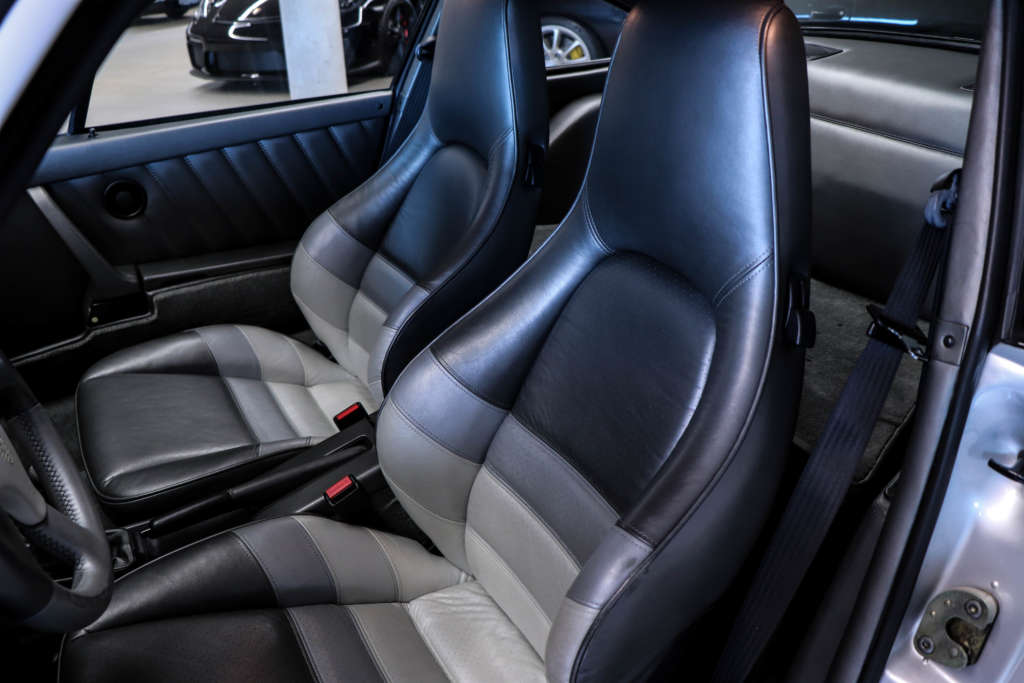