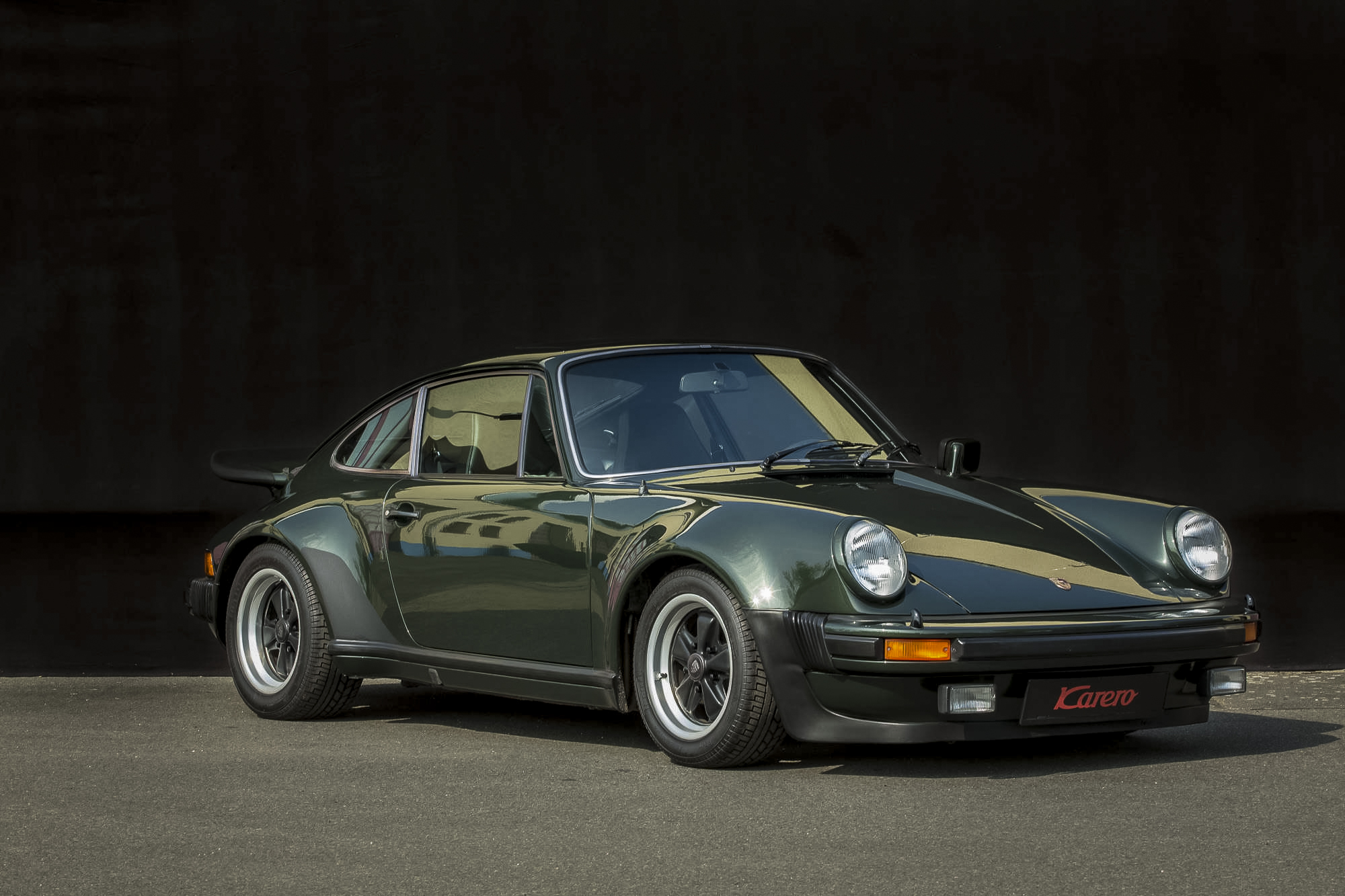 The 911 Turbo. An automotive revolution.

Wide cheeks, whale tail, 260 hp, big turbo lag, 4-speed manual transmission – these are the ingredients of the Porsche 911 Turbo 3.0, the legendary Porsche 930. It founded a dynasty of legendary sports cars that were perfectly suitable for everyday use, despite sometimes insane performance. Almost 45 years later, when somebody talks about “the Turbo”, it’s still clear, that it’s about the Porsche 911 Turbo. Coupled with its unique silhouette, this car is surrounded by a nimbus like no other sports car. Not least because of the sudden onset of torque, it needed attention and a knowledgeable hand. No surprise, it’s a sought-after classic nowadays. We tell you what to look for when buying the first Porsche 911 Turbo.

A brief look at the model history of the Porsche 911 Turbo 3.0

The Uber-911, which was presented in Paris in 1974 and sold from 1975, is a rare specimen today. When you look at the production numbers, it becomes clear, that, simply put, there aren’t all that many. If you want one, better be quick. A total of just 2,850 Porsche 911 Turbo 3.0s were produced from 1975 to 1977. The Porsche 930s from the first five months of production are particularly sought after. They were still built with the “old” chrome mirror on the driver’s side. Porsche 911 Turbo 3.0s of its last year of production, 1977, can be recognized by the 16-inch Fuchs wheels and the black stone chip foil on the rear fenders. The Turbo was not available in the U.S. and Canada until 1976. The strict emission regulations required rework. That’s why the first Turbo there only had 245 hp. Nowadays, however, it’s easy to find the lost 15 ponies.

“The godfather of all Turbos was a technical revolution in production car manufacturing. The first variant with 260 hp and a four-speed transmission was still very pointed in its power delivery, but for that very reason it was a wonderful challenge for experts. Visually, too, the 930 was a dream, the flared fenders combined with the Fuchs rims, plus the large rear spoiler. Less than four years after the market launch, I fulfilled this very personal dream in 1979 and bought my first own 911 Turbo.“

From 1976 Porsche granted 6 years warranty against rusting through

The very early 1975 Porsche 911 Turbo 3.0 did not yet have galvanized body panels on both sides. Before the end of its first year of production. All models from 1976 onwards benefited from fully galvanized steel panels. However, it’s no secret, that these are no lifelong insurance against the brown plague. All load-bearing parts, i.e. the complete lower section, all fenders, doors and windshield frames were made of fully galvanized Thyssen steel sheets. At the beginning of the 1976 model year, even the roof was not yet galvanized because of its size. This wasn’t done until the end of 1976. Porsche provided a six-year warranty against rust-through, starting with the 1976 model year. But it was not until the 1981 model year, that the entire body was fully galvanized.

The neuralgic points of the Porsche 930 Turbo are the fenders and the trunk. There, especially on the standing walls in front of the tank and the spare wheel. Therefore, the golden rule is to always lift all the trunk carpets and thoroughly inspect them underneath for rust or accident damage. This particularly appplies for the only partially galvanized models. Rust around the headlamps, in the area of the fuel filler cap and at the transition to the wind deflector around the windshield can be an issue. In addition, attention should be paid to suspicious blistering in the paint. If rust blooms here, it can lead to very costly body repairs.

The panels from the front wheel arches up to the A-pillar are surprisingly rust-resistant, although they are fully exposed to grit and gravel. The sills should also be inspected closely. To do this, it’s best to lift the trim a little! The rest of the body is rarely affected by rust, with the exception of the B-pillar area. Even minimal deviations in the gap dimensions do not necessarily indicate an accident. At the time, body parts were still fitted by hand with a lot of craftsmanship. If replacements become necessary, a big amount of reworking is usually required. 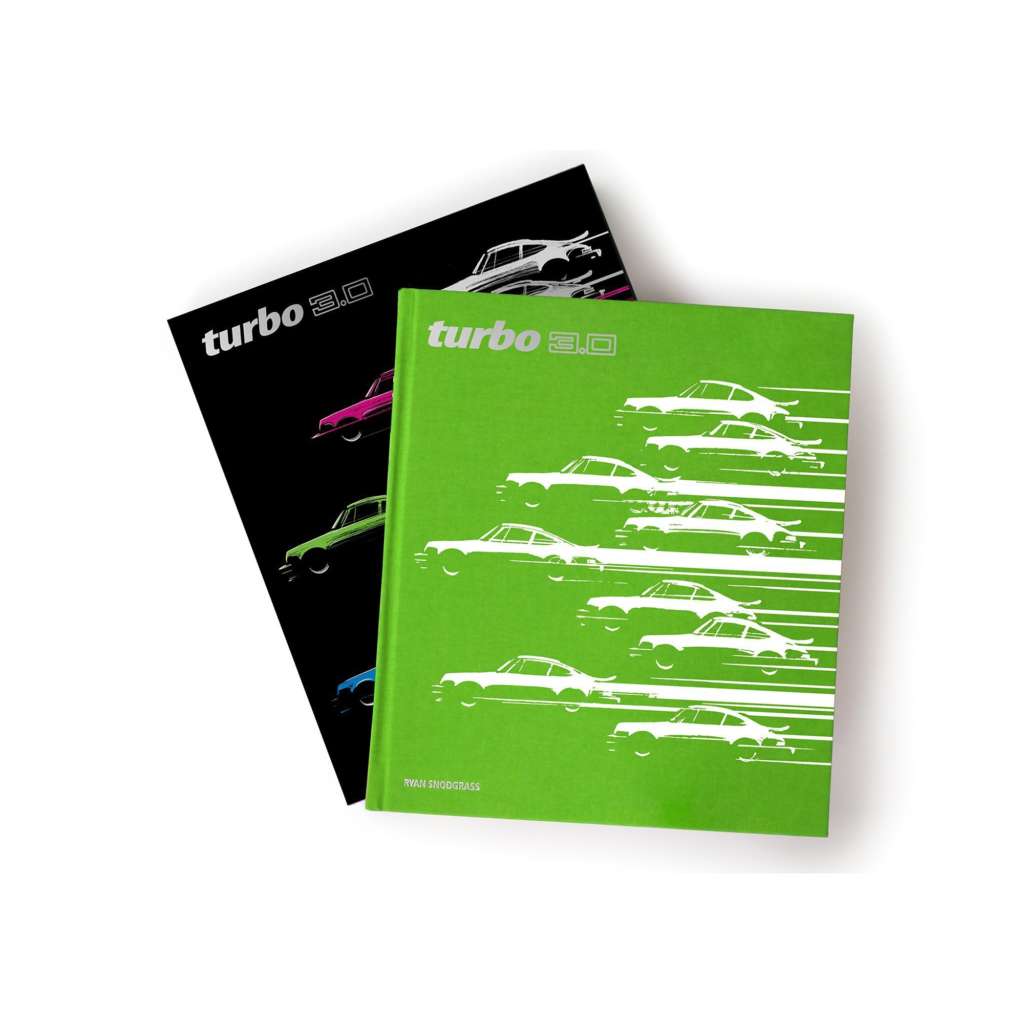 The Porsche 911 Turbo 3.0’s engines are often oily, but solid, where it really counts

Due to its design, slight sweating is completely normal on the Turbo’s powerplant. However, only in homeopathic quantities. On the other hand, the valve covers should actually be dry. If there is noticeable oil leakage in the crankcase or cylinder head area, the cause is often defective stud bolts. Until 1976, the heads themselves weren’t really stable and the valve guides were very prone to wear. Another known weak point were the chain tensioners. Their service life usually ended around 50,000 miles. Replacing them with hydraulic chain tensioners solves the problem permanently. Except for the warm-up regulator, the Bosch K-Jetronic injection system is quite robust. Rough idling and jerky throttle response under partial load indicate a defect. However, setting the CO value is not always easy.

Due to its design, slight sweating is completely normal on the Turbo’s powerplant.

Original exhaust systems for the Porsche 911 Turbo 3.0 are sinfully expensive.

That’s why sports exhaust systems are the rule rather than the exception. But depending on the manufacturer, a lack of quality or even performance can occur. Another aera, prone to corrosion, is the heating system. If the heat exchangers are rusted through, it likely becomes very expensive. In addition, the heating flaps can seize up and cause damage to the actuator. Temperature sensors on the heat exchangers, used for electronic control, also tend to be broken and are painfully expensive to replace.

The heart of the Porsche 911 Turbo 3.0, of course, is its turbocharger

If the engine of the 911 Turbo 3.0 is treated properly, then the components of the turbocharger itself are robust and durable. Occasionally, the flanges of the turbochargers leak. Incorrect treatment can also cause the turbo’s bearings to wear and ultimately break. Hot shutdowns, without letting the engine cool down at idle, can lead to coking of the engine oil in the turbocharger shaft and destroy the bearing. Before buying a Turbo, it’s also essential to check the function of the oil thermostat. As a new part, it costs almost four-figure sums. It must be closed, when the engine is cold and switch to open, when the engine is warm. If the oil thermostat is defective, this is usually followed by a costly repair, because the steel union nuts in the aluminum housing often cannot be loosened. New piping is then also due.

While suspension and brake components were rather lushly dimensioned and only subject to normal wear, there should be special attention paid to the transmission. The 911 Turbo 3.0’s 4-speed gearbox is known for a somewhat undersized synchronization. If this is worn, the gears go in worse or only under unsightly noises. If the gearshift itself is a bit stiff, the relatively inexpensive replacement of bushings and guides can work wonders.

On the inside, the Porsche 930 is sturdy and robust

The interior components are robust. For instance, even the dashboards are hardly at risk of cracking. Albeit there can occur problems within the electrical system. If Therefore, all functions should be tested once. However, since Turbo seats are very sought-after on the used market, the original seats should be included in any case.

Generally speaking, a Porsche 911 Turbo has always been something special. Especially its first generation, the 911 Turbo 3.0 was far ahead of its time. Hence it’s now one of the most sought-after collector’s items in the air-cooled 911 range. They’ve been very expensive to maintain, which hasn’t changed to this day. Therefore, 911 Turbos were almost exclusively driven by particularly solvent owners. In other words: The state of maintenance and preservation is often better than at your average naturally aspirated 911. If you are looking for a very special air-cooled Porsche 911 with an incomparable silhouette and have the budget, the 911 Turbo 3.0 is the perfect choice. Almost no other mass produced Porsche 911 sparks more excitement and thrills.