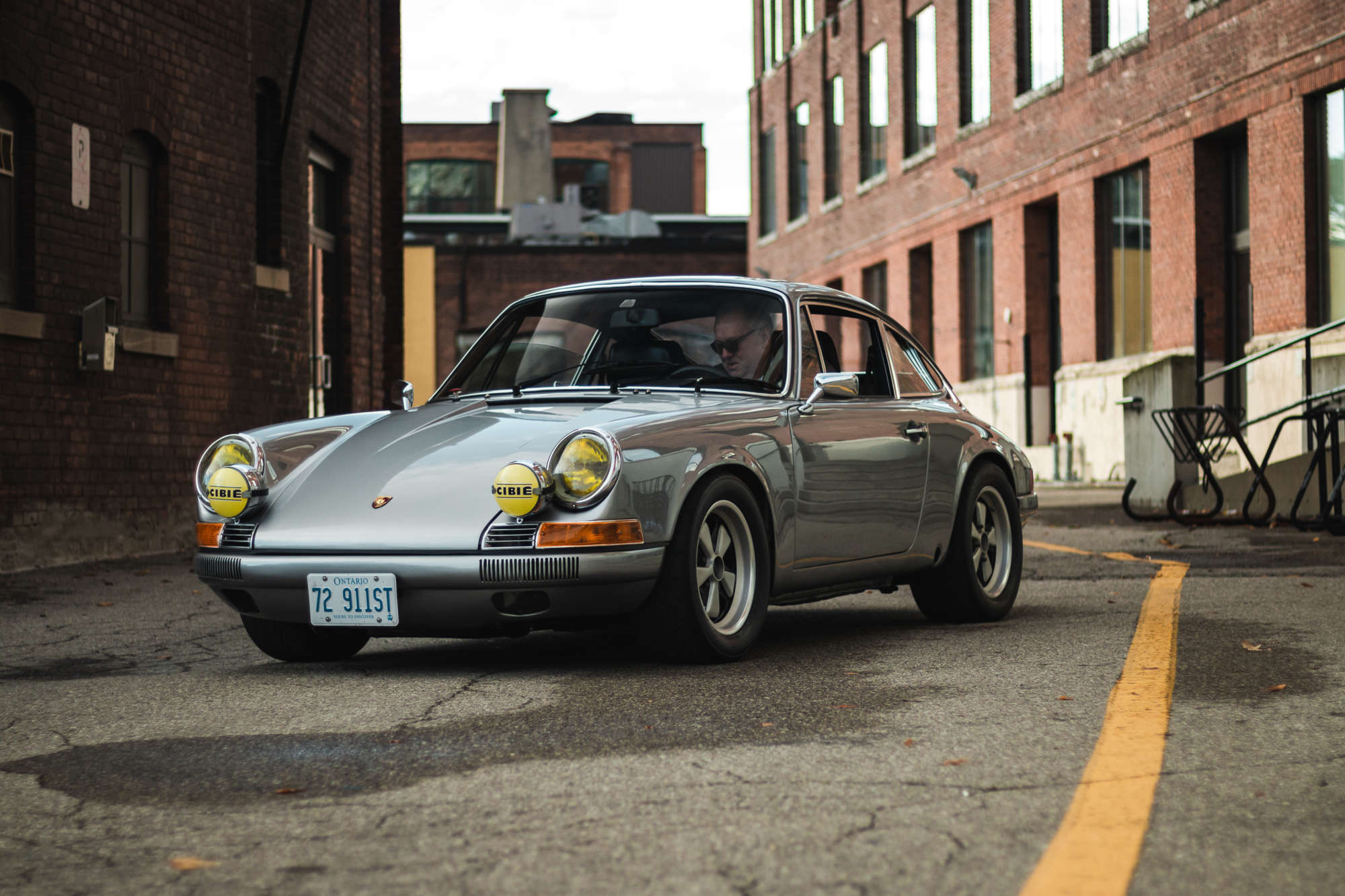 In our last interview we wrote that the enthusiasm for a vintage Porsche 911 is not a matter of age. Last time we talked to a 24-year-old enthusiast, this time we’re talking to a little older Gary Turner. Gary has years of experience with classic automobiles and can confidently be described as a car freak. His enthusiasm is contagious and inspiring. Hi Gary! Thank you for taking time for the Elferspot magazine. Social networks are a great thing. You meet like-minded enthusiasts around the world. That’s how we got to know each other along the way. Anyway, after a few emails, we know you’re a car freak and you recently bought a very exciting old Porsche 911. What else can you tell us about you as a person?

Hi Markus, it’s a pleasure. I totally agree about social media and the power of networking in the modern age. Information and connections are no more than 3 clicks away. I’m Gary Turner, married with 6 children between us, aged 18 to 30. We have one granddaughter right now, Edie – 3 years of age. I’m a partner in KPMG based on Toronto. I help buyers and sellers of businesses by providing advice and guidance on manufacturing operations, specifically on how to cut costs and become more efficient.

I’m grounded in Lean principles and come from an automotive background. My early career was spent in manufacturing engineering working at Rover Group, Jaguar Cars and Ford Motor Company. My first job out of University was at Rover, working on the nightshift of the BIW line at Longbridge, spot welding the front fender panels on the old Mini. That was back in 1984. I moved into consultancy in 1996, and have spent the last 23 years with at least 100 clients in 30 different countries. My automotive clients have included Saab, Rolls Royce, Morgan, BMW, Mercedes Benz, BobCat, Agco and Honda. Please tell us something about your Porsche 911 ST Tribute car. How did it happen that this beautiful 911 is now in your garage?

I bought the car over a year ago. The car was advertised as a 911 ST replica. I’d been following an auction platform for some time before buying this 911. I’d bid on a few British Sports cars before seeing and then winning the auction for the 911. If you are not familiar with auction platforms, it’s highly addictive – it’s like crack-cocaine but with cars!

I’d been thinking for a long, long time about buying a performance early 911 (pre-73). I wanted a car that I could drive hard and fast, and not be too obsessed with keeping the car in concourse condition. I’d considered doing a back date, a hot rod or buy a rough 1970 2.2 S. I wanted all the thrills of an early 911, at a reasonable budget. I just needed to bide my time before making the commitment on a project.

I literally fell in love with the car at first sight. It was everything, and I mean everything, I wanted in my 911. It was raw, fast, properly built, narrow body (so a bit of what US folks call a ‘sleeper’) and affordable. It had 265bhp at the crank, a LSD and a long list of parts sourced from global Porsche experts.

Since I’ve owned the car I’ve had a full bare metal respray carried out by Pfaff Autoworks, based in Toronto. That’s about all I’ve needed to do with the car, other than some minor fettling work (like tune up of the 46mm Webers).

I literally fell in love with the car at first sight. It was everything, and I mean everything, I wanted in my 911. How many cars do you currently own?

So what do I have now, in addition to the 911? A mixed bag I suppose. I have a 1966 VW split screen bus. An incredible car (if you want to call it a car) that’s just impossible not to like. It gets more ‘smiles per mile’ than anything else I’ve ever owned. It is probably the nearest to a pure ‘concours car’ that I’ve ever owned too. It is simply immaculate. It took second place in class at last year’s Cobble Beach Concours competition. It’s the total contrast to the 911 ST.

And I must say, this 911 car is the one that makes all the pain of selling my previous collection all worthwhile. It’s really that good. 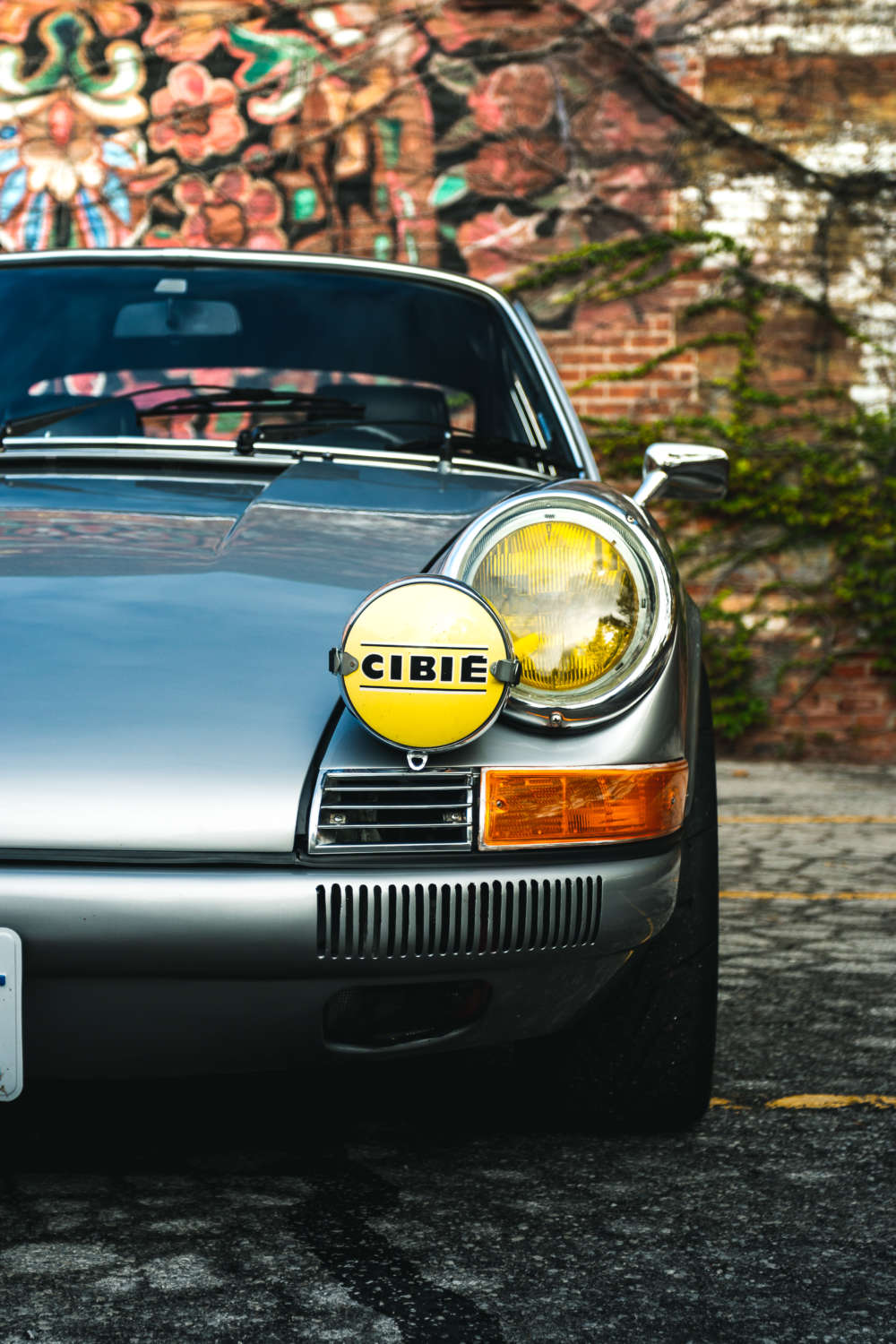 What was your first Porsche and how came it?

My first Porsche was a Guards red, 1985 911 3.2 Carrara Targa. This was back in 2005. I’d just got divorced after 14 years of marriage with three children. My best friend, Paul, said to me… “Gary, you now need to do three things: one, buy a race horse. Two, get a girlfriend and three, get a Porsche…” I took his advice on did all three things. My racehorse was a total disaster – never won a race and cost me a fortune. My girlfriend, Annette, became my wife – so that worked out well. The Porsche 3.2 began my love of classic cars, and the 911 in particular. So two out of three isn’t bad, eh?

“Gary, you now need to do three things: one, buy a race horse. Two, get a girlfriend and three, get a Porsche…” Paul, Gary’s best friend 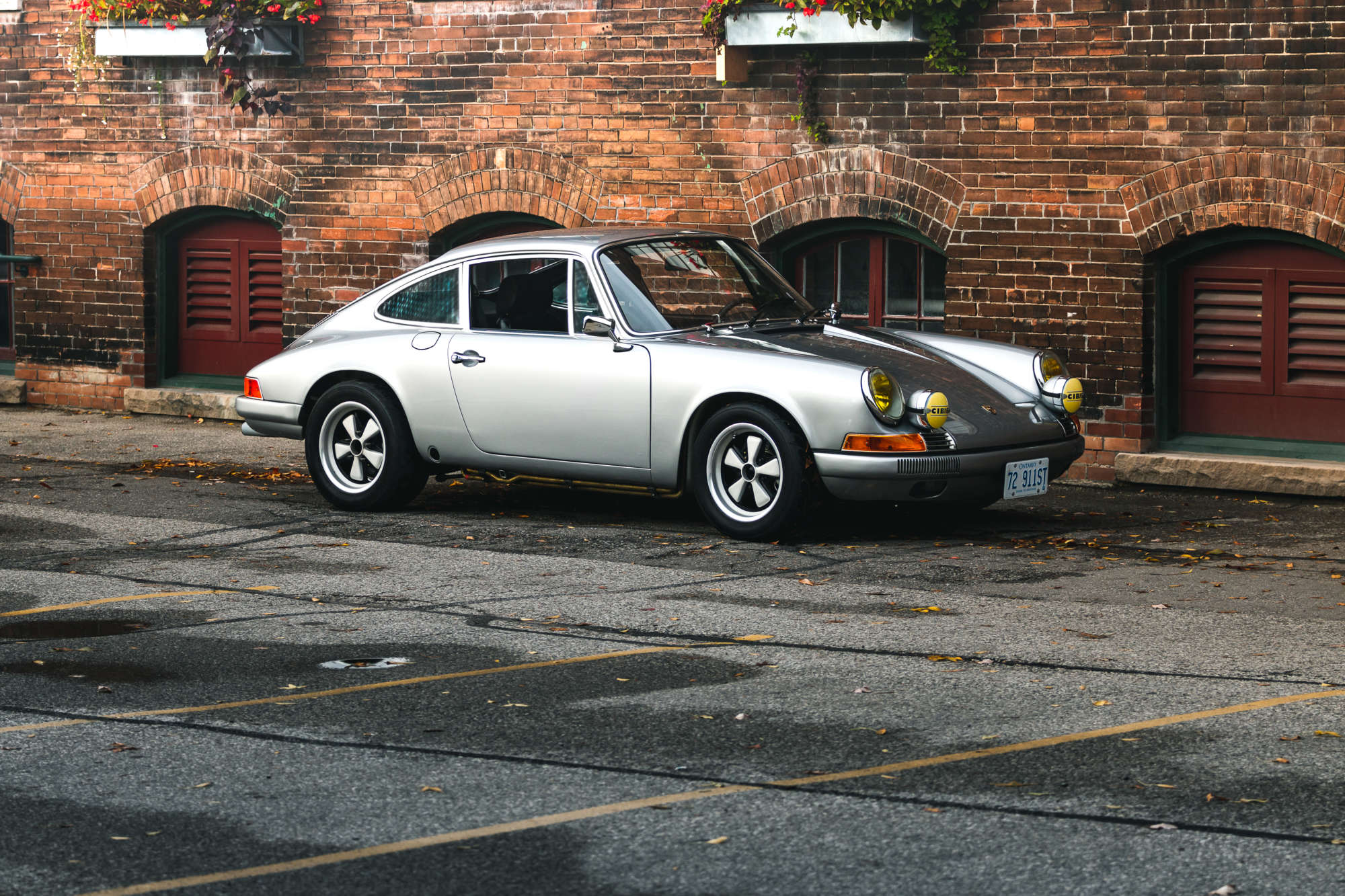 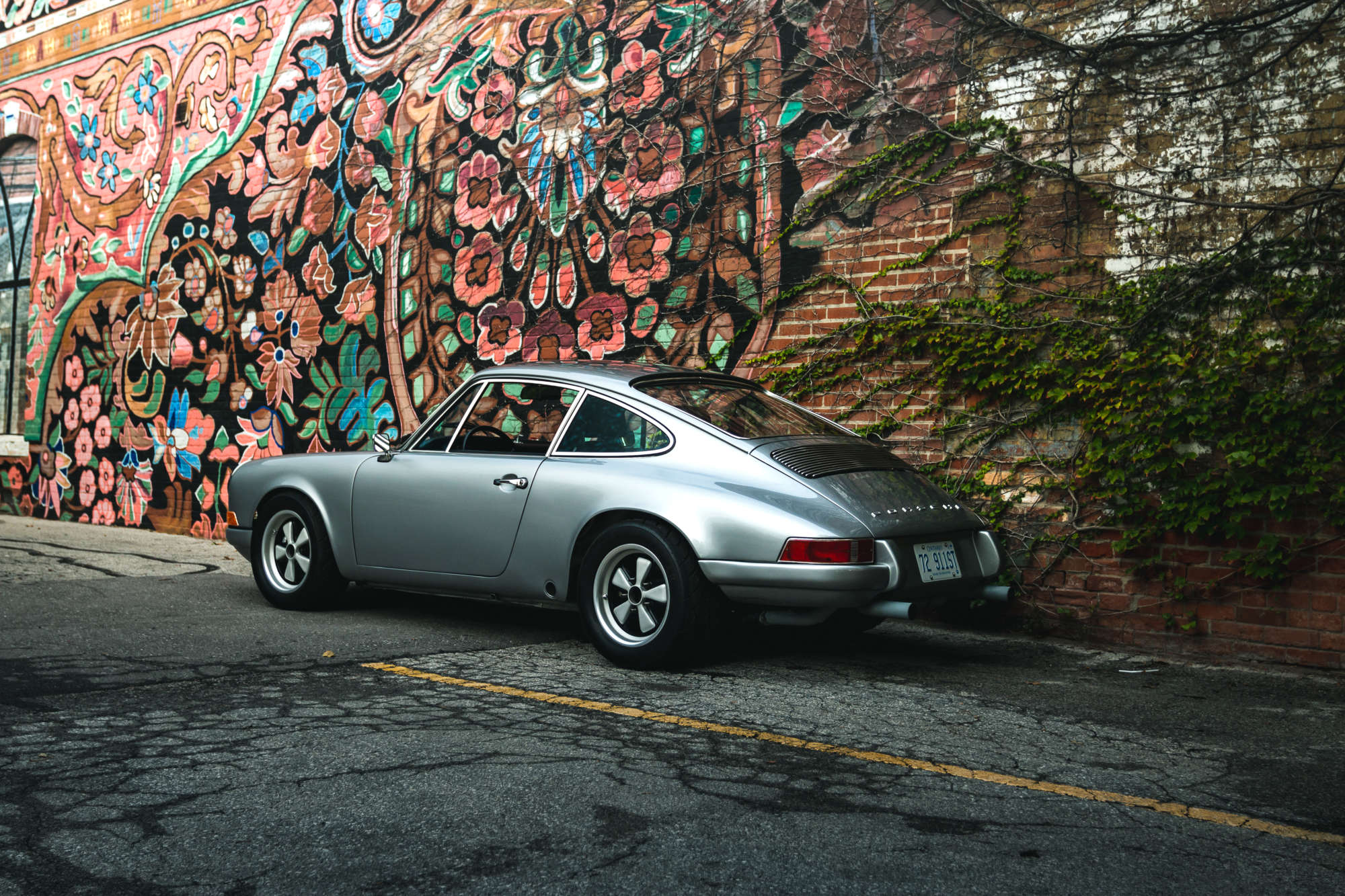 What means driving a vintage Porsche for you and how often do you get out for a ride?

I drive my ’72 911 ST replica as much as I possibly can. Unfortunately, the Canadian winter means the car is in the home garage from December through to end of March. The moment the snow has gone, and the salt washed from the roads, I’ll be back out in the 911. It’s not quite my ‘daily driver’ (that’s a 2004 911 C4S), but I get to drive the car at least 100 miles per week when it’s not winter. I drive it to work, Downtown Toronto, most days. The thing with this car is that it just loves to rev. Power comes in from 4,000 rpm through to 7,500 rpm. In second or third to get it to these revs means almost certainly breaking the speed limit. It does not like traffic. The 46mm Webers need to breath – and much less than 3,000rpm the engine is sluggish to pick up. There are relatively mild cams fitted, so there is good driveability in the main. What the car really needs, and was built for, is a wide open track.

The moment the snow has gone, and the salt washed from the roads, I’ll be back out in the 911.

What about your family? Do they like your cars as well?

OMG yes! Annette, my wife, totally gets the classic car thing. She has the ’55 MG TF, which is a great early classic car to own and drive. Really basic but reliable mechanicals. Literally, everyone loves the VW bus. We have six children between us, and the bus gets all the love. We can go out, all 8 of us, and tour Toronto. Kensington Market, The Beaches and Downtown – it’s the same. Just everyone waving and high five’ing the bus. 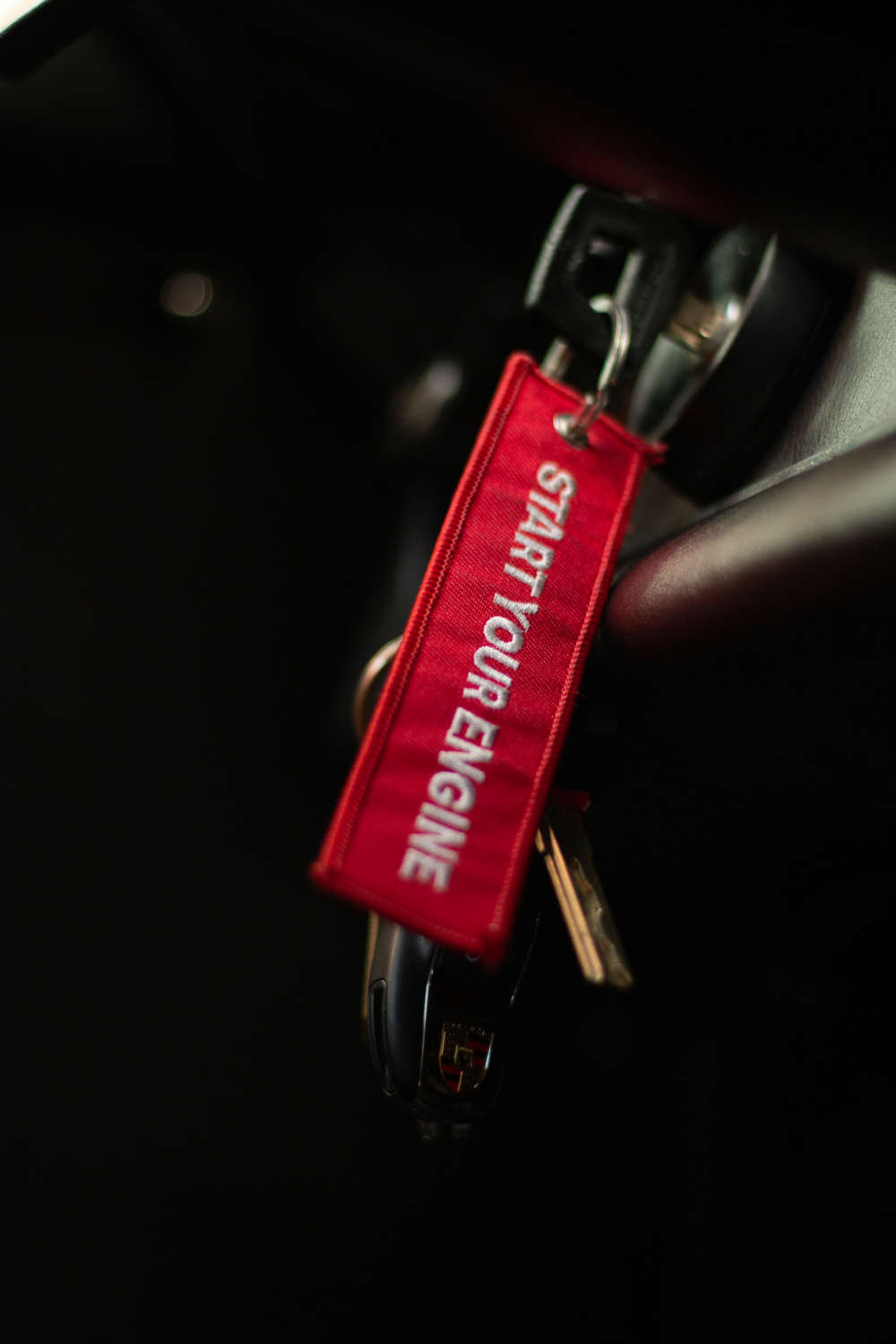 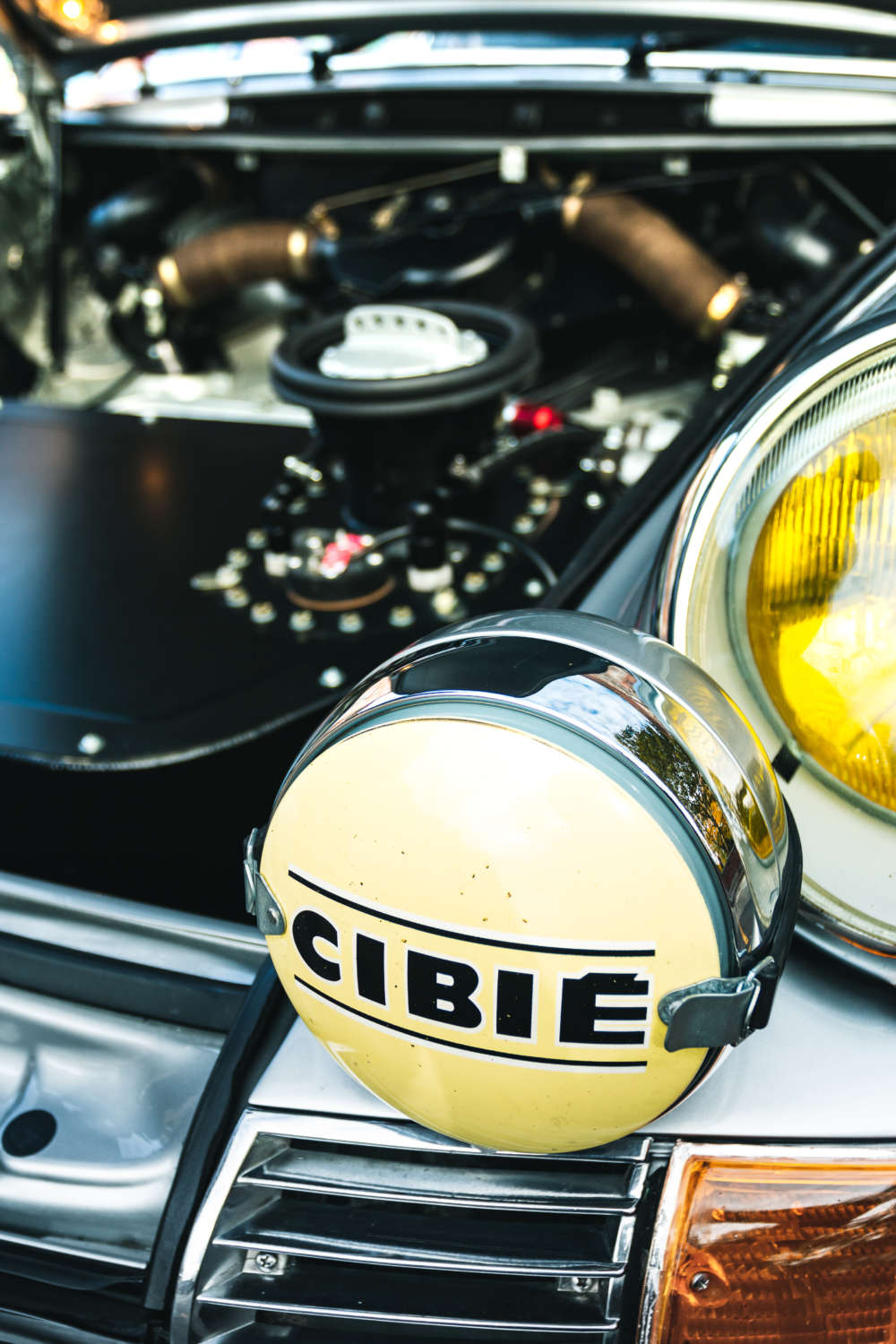 If you could choose another 911 right now, which one would you take?

Now that is a difficult question to answer. I have my ‘perfect’ 911 in the ST replica. If I had to have another 911 – then perhaps an original 71 ST, narrow body. But given I have a replica, I’d probably go with a 1992 964 RS lightweight. Purple. Stock. Mint, with 1000 miles and just run in. These cars represent huge value for money. I predict these will double in value in the next 5 years. We will all look back and say, ‘I should have bought one of these in 2019. They were $300k USD. They are now nudging a $1m’.

How do you see the current market for classic Porsche sports cars? What’s the mood for Porsche in the US and Canada?

I try and keep my finger on the market pulse here in North America.  For me it’s mostly about supply and demand (nothing new there then!). I believe the number of qualified buyers is gradually increasing over time. The number of desirable classic cars – remains the same. Yes, true, the pool or population of classics cars is increasing a little (with the addition of newer classics like the 911 R, GT2 and GT3 etc, along with a rising number of Japanese cars like the MX5, Nissan Skyline, NSX etc), but overall I’d put the number of iconic classic cars at about 30,000 in the entire world. With more demand than supply, the really nice examples will be solid investments going forward.

There’s one thing however that might change the dynamic and could cast a shadow over the classic car market. And that’s if the younger generation fall out of love with the car. They don’t buy cars and rely on Uber or shared cars. They don’t see cars as status symbols. They see cars as polluters and something not worthy of personal investment. That would certainly reverse auction prices. It’s a risk, a small risk – but a risk never-the-less. How long have you been pursuing Elferspot and how did you find us?

To be honest, I’ve only come across Elferspot in the last 6 months or so. A good friend of mine, Faizul Ali, kept pinging me adverts for early 911 cars to me linked to Elferspot. He’s been on the lookout for a car close to mine. Elferspot seems to be the best place to search for these sorts of quality cars.

Elferspot seems to be the best place to search for these sorts of quality cars.

I’m constantly on the hunt for great examples of 911, either to buy and add to the collection, or to buy and resell at some point. I’m a big fan of the online advertising and selling/auctioning of classic cars – versus the traditional physical auction. I personally think it’s better for the buyer and seller. Having said that, I do like attending physical auctions – the excitement and buzz is amazing. There’s a place for all sorts of methods of selling and buying.

Many thanks, Gary. It was a pleasure speaking to you. Share "Gary Turner and his 911 ST Tribute car" with your friends!