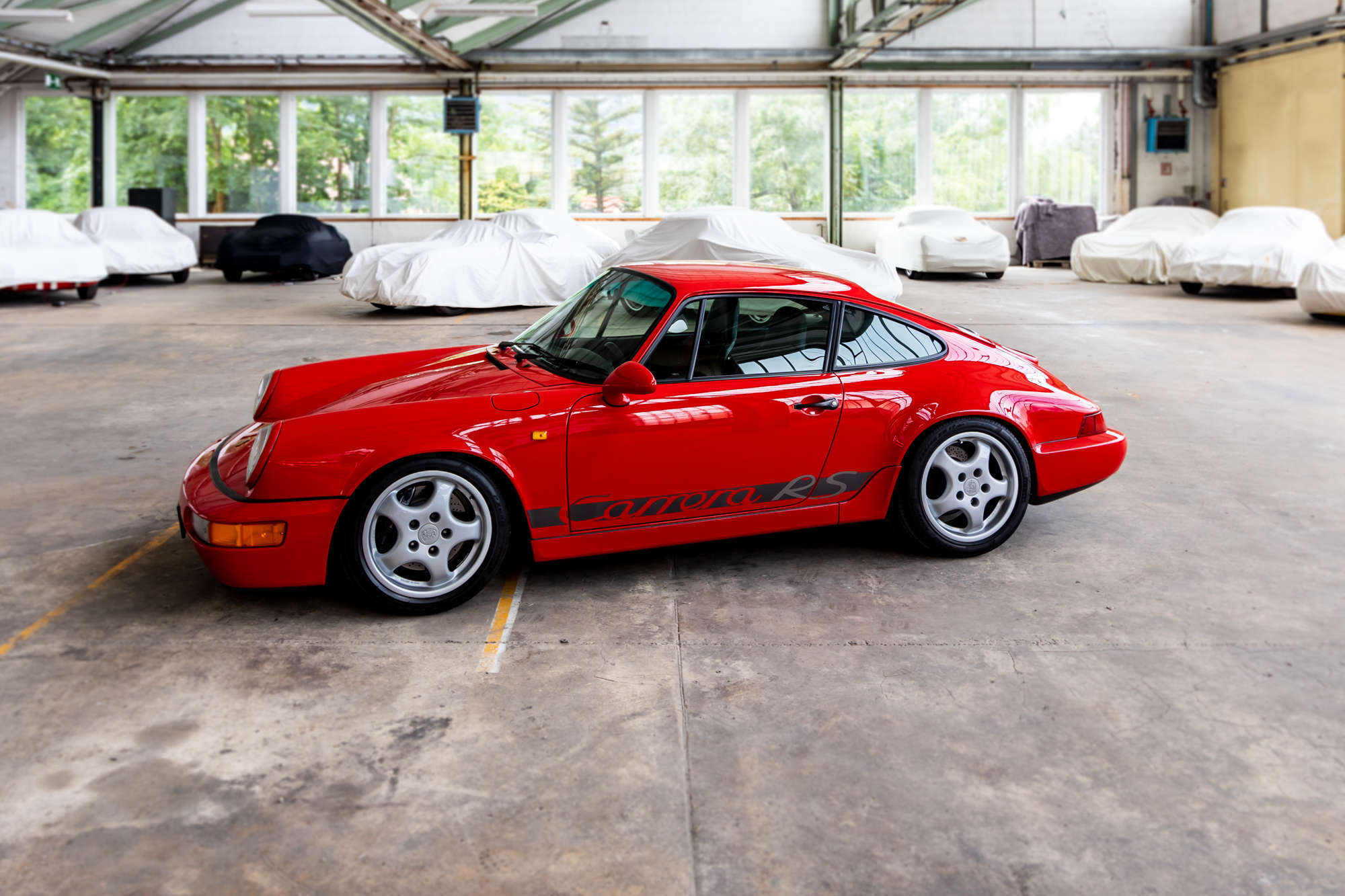 RS means Rennsport in the Porsche world. But just by looking at the stop watch measurements, the Porsche 964 Carrera RS doesn’t really look all that different to a normal Carrera of the time. Its 5.3 seconds 0-62 mph time is just four tenths quicker than the Carrera. The RS’ top speed is nearly on par with its more common sibling. So, besides the low production numbers, what’s all the fuzz about? What makes the Porsche 964 Carrera RS so special?

At first, we’re travelling back in time a bit. In 1972, spurred by the success at 24 hours of Le Mans with the 917, Porsche wanted to extend their race program. Therefore, based on the Porsche 911, Zuffenhausen’s engineers created a homologation special – the Porsche 911 Carrera RS 2.7. Its 210 hp six-cylinder boxer engine, with its high revving nature had an easy game with its kerb weight of just 1,075 kg in Touring trim or its astonishingly light 975 kg in race trim. That flyweight made it from 0-62 mph within just 5.8 seconds! The 911 Carrera RS was only offered in 1972 and 1973.

For its time, the Porsche 911 Carrera RS 2.7 offered a lot of tech, for example a fiberglass engine lid with the charismatic ducktail. Like today’s RS models, there was no real badge on the frunk. For weight saving, Porsche only used stickers with the Porsche logo. Besides the ducktail, its wider hips at the rear were a signature trademark of the Carrera RS. Originally, Porsche intended to build 500 examples. Nobody expected the RS to be a big seller, but Porsche “had” to triple the production of the Carrera RS 2.7. Thanks to its very low weight, driving pleasure was unfiltered and the media was pretty much excited about the lively engine in the back. A true legend was born. 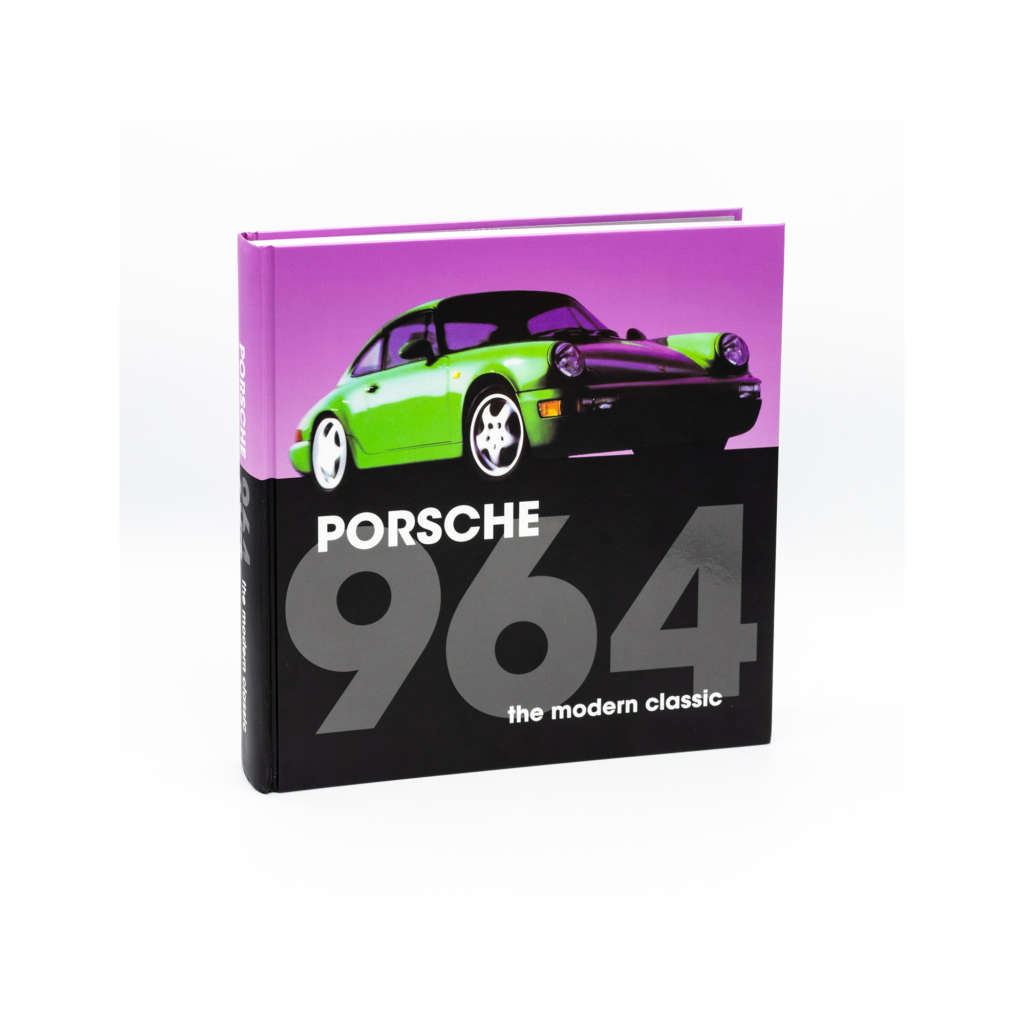 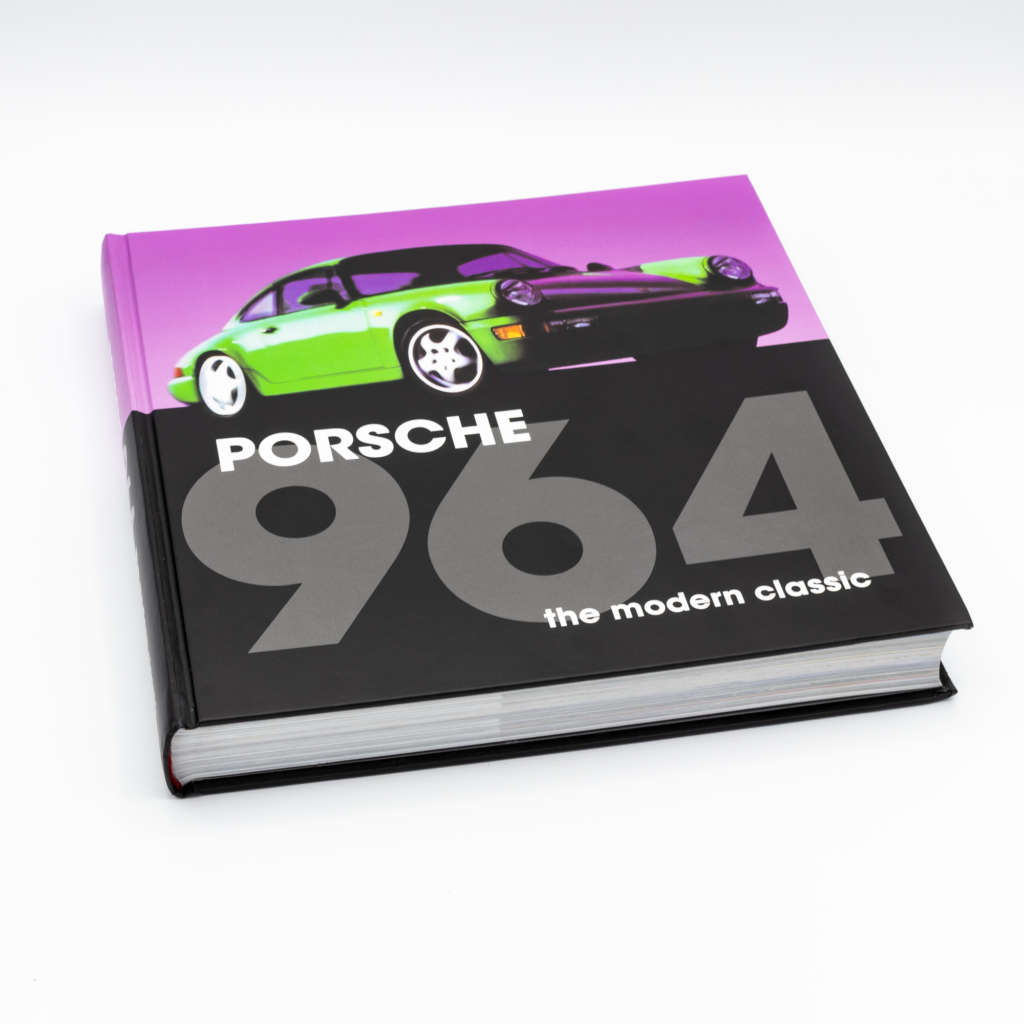 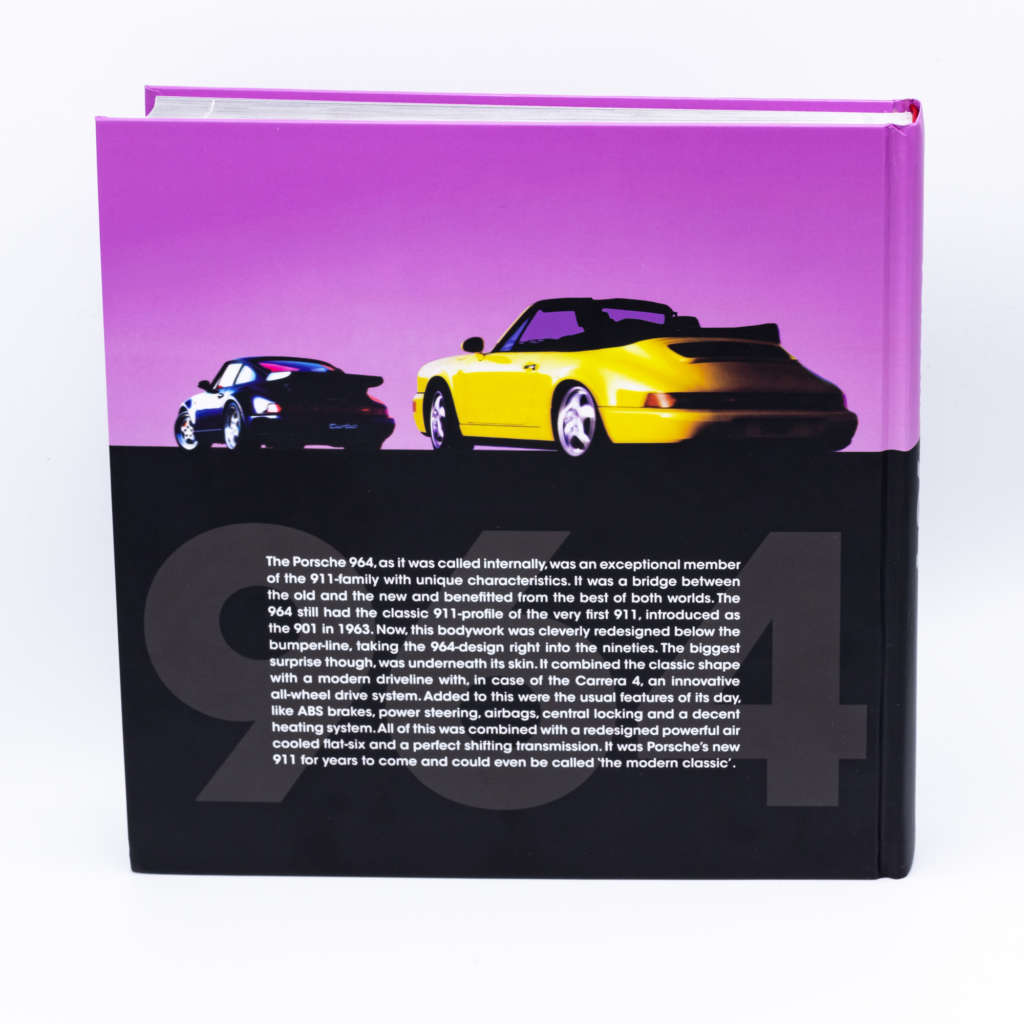 If you put aside the ultra rare 911 Carrera RS 3.0, it took Porsche almost 20 years to present a new Carrera RS. Of course, the origin of the new RS can be traced back to motor sport. For the 1990 season, Porsche introduced a new Cup Car to replace the Porsche 944 Turbo Cup. The Porsche Carrera Cup was born. Based on the Porsche 964, the new cup car was built: rear wheel drive, 3.6 litre flat six engine with 265 hp, 1,125 kg and anti lock brakes. The new format was an instant hit and Porsche customers wanted to experience the cup car feeling on the road as well.

For that reason, Porsche decided to reintroduce the two letters, that mean business and presented the new Porsche 964 Carrera RS ant the Geneva auto show in 1991. At first glance, it doesn’t look all that different to a base Carrera model. There was only one unique styling element to the RS on the exterior: the magnesium wheels. Otherwise, you’ve got a narrow body and no rear wing. But on the inside, things got serious – bucket seats, straps instead of door handles, no rear seats, no air-con, there wasn’t even a radio. Another victim of Porsches mad weight saving was the power steering.

Porsche made the 964 Carrera RS a dynamic masterpiece without complex technology or extreme engine power. Top maxim was weight reduction – pretty conventional. In doing so, Porsche created a driving experience, which you won’t get new anymore. Not for love or money. And its appeal becomes even more clear today, than in 1991.

In true Porsche fashion, the Zuffenhausen engineers took the topic of “Leichtbau” (weight saving) extremely serious. On the flywheel alone, they shredded seven(!) kilograms, which led to a much freer revving engine. The 3.6 litre six cylinder boxer engine was boosted up by ten hp, thanks to some adjustments in the Motronic system. In combination with the shortened ratios in in the higher gears of the G50/10 gearbox the Porsche 964 Carrera RS is by no means a super car, but a real joy to drive and hear. Moreover, Porsche treated the RS with Turbo brakes at the front and original cup brakes at the rear.

With its pretty harsh suspension, the Porsche 964 Carrera RS is by no means a grand tourer. It’s more like a raw driving machine for special occasions. As there is almost no sound deadening, the flat six howl hits the driver’s eardrums nearly unfiltered. For 1991, the grip this thing produces was immense and even today you can scare the hell out of your passenger. Especially with modern tires, the Porsche 964 Carrera RS still is a mindbendingly good canyon carver. Considering its very low weight von 130 kilograms less than a Porsche 964 Carrera 2 (1,220 kg in total), that shouldn’t come as a surprise though.

For the customers, who thought the Carrera RS wasn’t purposeful enough, the Porsche 964 Carrera RS N/GT was offered. It was a homologation special for Group N and GT racing. Those cars were equipped with the optional M003 package, which meant no sound deadening at all, no carpets, no roof liner and an added roll cage. But there’s more: the Porsche 964 Carrera RS N/GT was equipped with fire extinguishers, Schroth harnesses, an emergency stop button and a bigger fuel tank. Instead of floor mats, there was a plywood foodrest. 290 customers ordered one of the most extreme RS models. Power output remained the same at 260 hp but its kerb weight was reduced by another 70 kilograms to 1,150 kilograms.

As the Porsche 964 Carrera RS didn’t meet american regulations, US customers had no choice but waiting until 1993. Then, Porsche presented the 964 Carrera RS America. To make it, Porsche had to improvise a bit. It was based on the 964 Carrera 2 and got uprated suspension components as well as a fixed rear wing. On the inside, the rear seats were removed, the doorcards were replaced by the ones of the RS. Leather was no option for the RS America. So Porsche installed cloth sports seats. The engine was taken out of the C2 without any changes. In total, Porsche built 701 Carrera RS Americas.

The 964 RS is a 911, which isn’t immediately accessible to everyone. Whoever compares this thing to a 964 Turbo or 993 Carrera for example, does injustice to the Porsche 964 Carrera RS! It’s not about sheer performance or lap times. Of course, it’s a great car for occasional track day use, but a lot of modern hot hatches could rival the RS. No, it’s all about the excitement and the delivery of the car. To put it in a nutshell, it’s about the car’s character: light, unfiltered and almost without driving aids. The possibility to go through the gears right up to the redline, without putting your driving license in danger immediately, offers driving pleasure in its purest form.

It’s quite obvious, that such a car will never be everybody’s darling. But even so, nearly 2,300 examples were sold. Often in garish colors like Maritime Blue, Rubystone Red or Mint Green. Another popular color was Grand Prix White. Of course, the Porsche 964 Carrera RS is no bargain – prices start around 150,000 Euros, which is nearly twice than the original MSRP. In times of many debates about global warming, climatic politics and the often predicted end of the internal combustion engine the 964 RS is a great opportunity. An opportunity to escape from all these unspeakable and by no means conducive debates and enjoy a Porsche, which wasn’t intended to be just any car. It was designed to be the most exciting 911 of its range and has every right to wear the legendary RS badge.

Fancy buying a Porsche 964 Carrera RS? All cars, listed on Elferspot, can be found here: