One of these days… Porsche 996 GT2 Clubsport vs. 993 Turbo modified 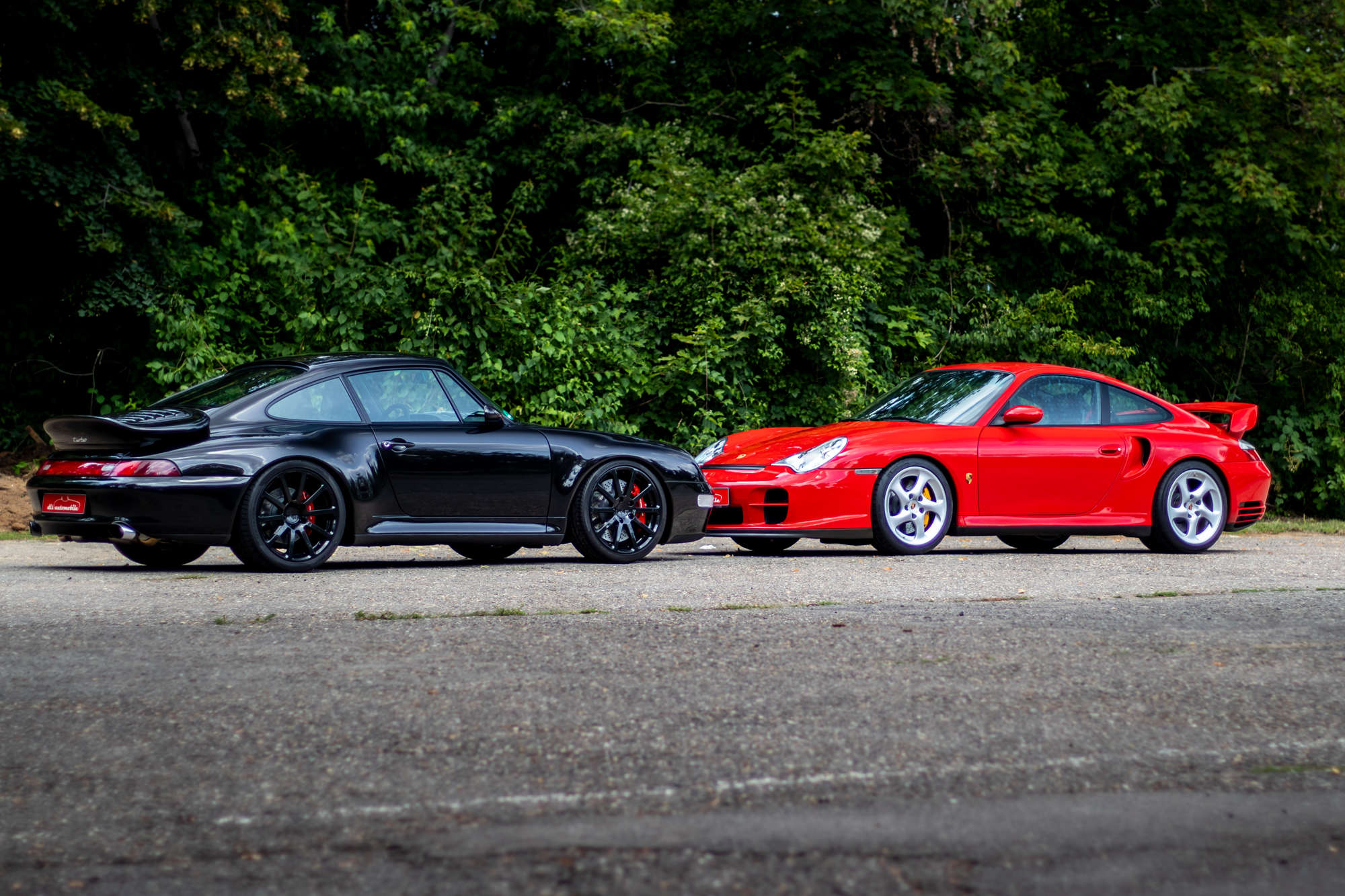 There are days, when things happen, which are nothing short of magical. 25°C, sunshine, two Porsches using countless superlatives and are pretty similar on paper: In the black corner, there is a heavily modified Porsche 993 Turbo, in the right corner a Porsche 996 GT2 Clubsport with go-faster-bits from no other than RUF. Both have 3.6 litre turbocharged engines, rear wheel drive and 520 hp. The drivers are welcomed by hugging racing seats and an alcantara steering wheel. Nope, that’s not a dream, it’s one of these days… Which one would you choose?

Less than 300 examples of the Porsche 996.1 GT2 Clubsport were produced

Let’s have a look to the red corner first. This Porsche 996 GT2 Clubsport looks well-trained and despite its huge wing and guards red paint not indiscreet. In total, 963 Porsche 996.1 GT2s were built, but only 273 were fitted with the Clubsport package. In this case, that means: rollcage, Recaro bucket seats, fire extinguisher, no speakers in the doorcards. Moreover, the 996 GT2 was the first Porsche 911 with carbon-ceramic brakes, or PCCB. 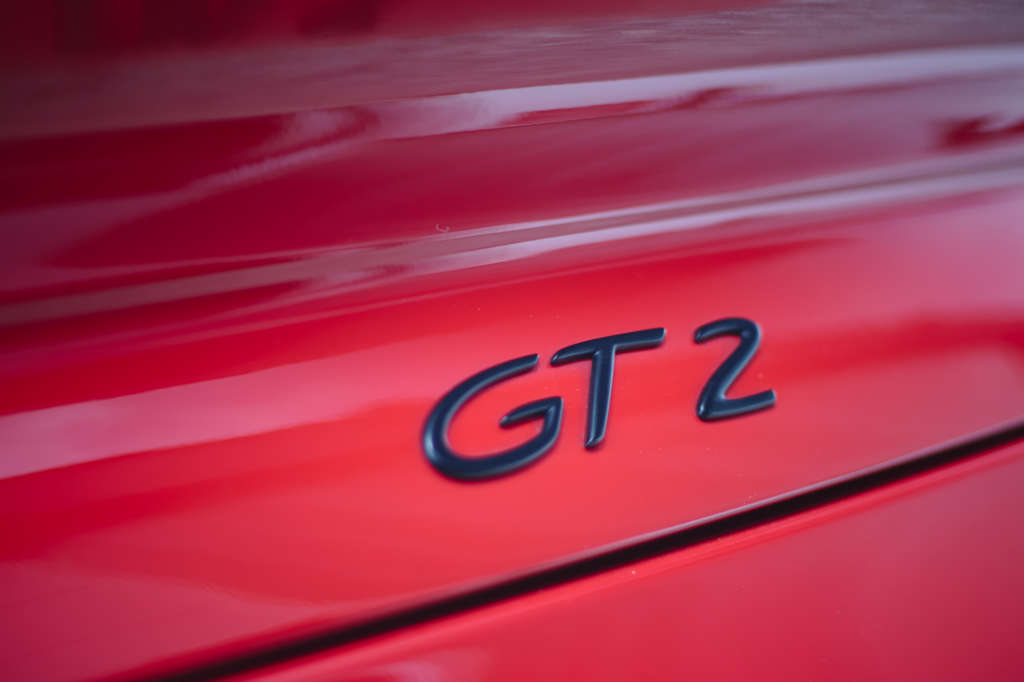 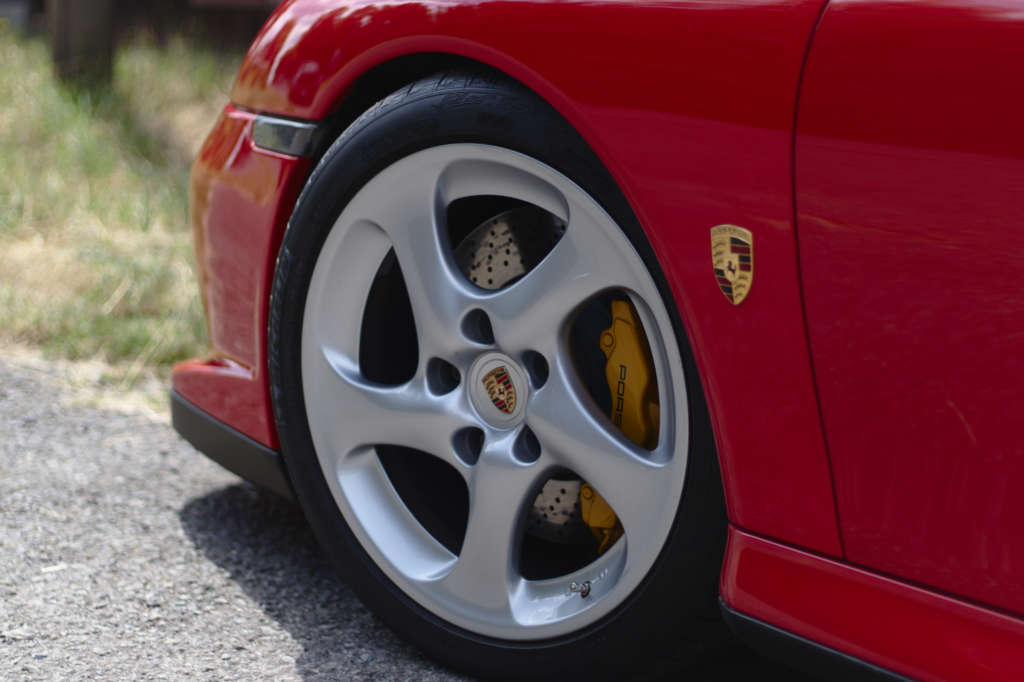 After climbing into the car, overcoming the rollcage, you literally fall down into the seats. That’s the first you notice, that the 996 GT2 isn’t just a 911 on steroids. This car means business and embraces you like a race car. As in the Carrera models, the steering wheel can only be adjusted in height. For bigger drivers, that means some trouble, as the driving positions remains a tiny bit compromised. The interior itself is functional and familiar from the 996 Carrera.

After turning the key, the Mezger engine with its unique tone comes to life. It sounds a little bit damped and more subtle than its high revving GT3 sibling but still determined. Operating the clutch needs some emphasis, just like the gear box. As a result, you’ll get to enjoy short throws and an awesome mechanical feeling when shifting gears. Apart from that and besides its glorious performance, the 996 GT2 is still pretty easy to drive. Nevertheless, respect remains a constant companion. That shouldn’t come by surprise, as you have 520 hp at the disposal of your right foot. Except anti-lock brakes there are no driving aids. A car, capable of 0-62 mph in under four seconds and doing 196 mph top speed is not for beginners. 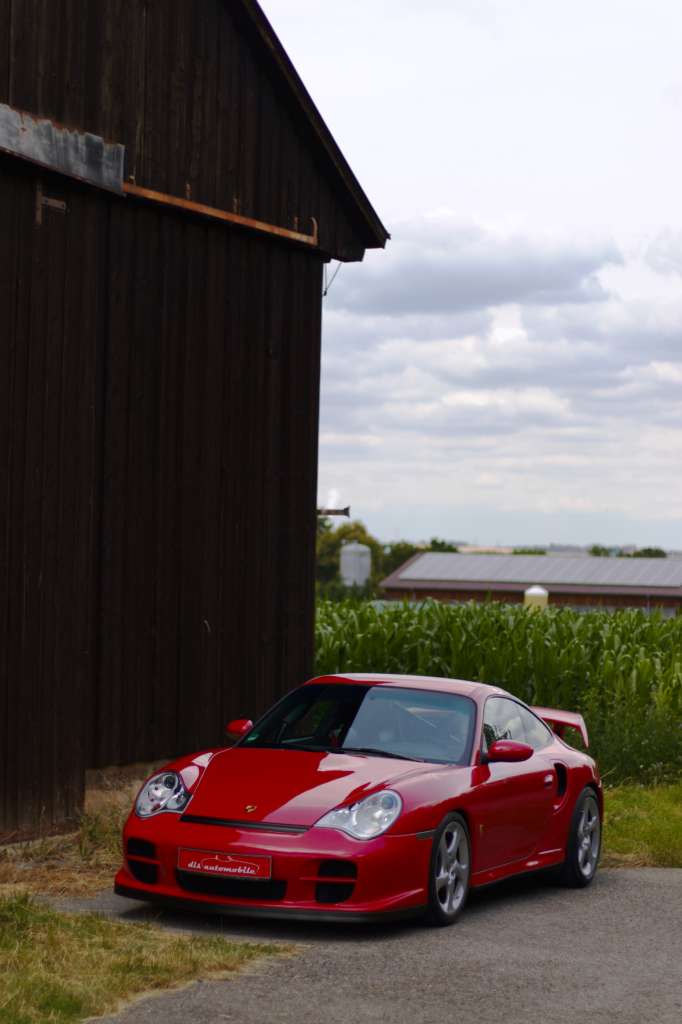 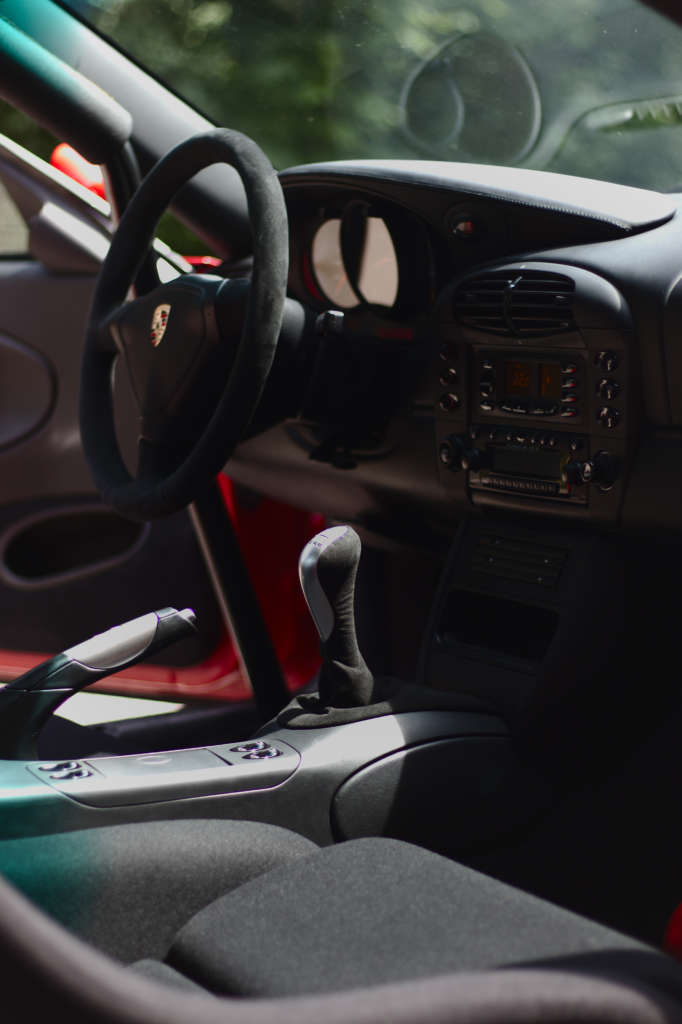 Right from the start, the 996 GT2 gives you the impression of familiarity and a very safe feeling, but respect for its sheer power remains a constant companion.

Porsche may have treated the 996 GT2 with all sorts of go-faster bits, but it still offers some comfort. The suspension is completely adjustable, thanks to motorsport-derived parts like uniball top mounts. Height, toe and camber can be chosen to suit the driver’s wishes or the requirements of the racetrack for your next track day. Sportiness is noticeable, but noise and ride comfort is surprisingly good. Throttle response, steering, pedal box – everything feels just right!

This Porsche 993 Turbo definitely is nothing for the weak!

In the black corner, there is a blade called Porsche 993 Turbo and has been sharpened in every imaginable detail. Bucket seats with six point harnesses from the 964 Carrera RS, KW V3 suspension, short-shifter, thinner glass from the 993 RS/GT2, braking components from the 996 and 997 GT3… This list goes on and on and on… The roof has been freed from its sunroof and the water drains for a cleaner look. In typical RS fashion, the door handles have been replaced by straps and even the all wheel drive system was ditched in favor of rear wheel drive. 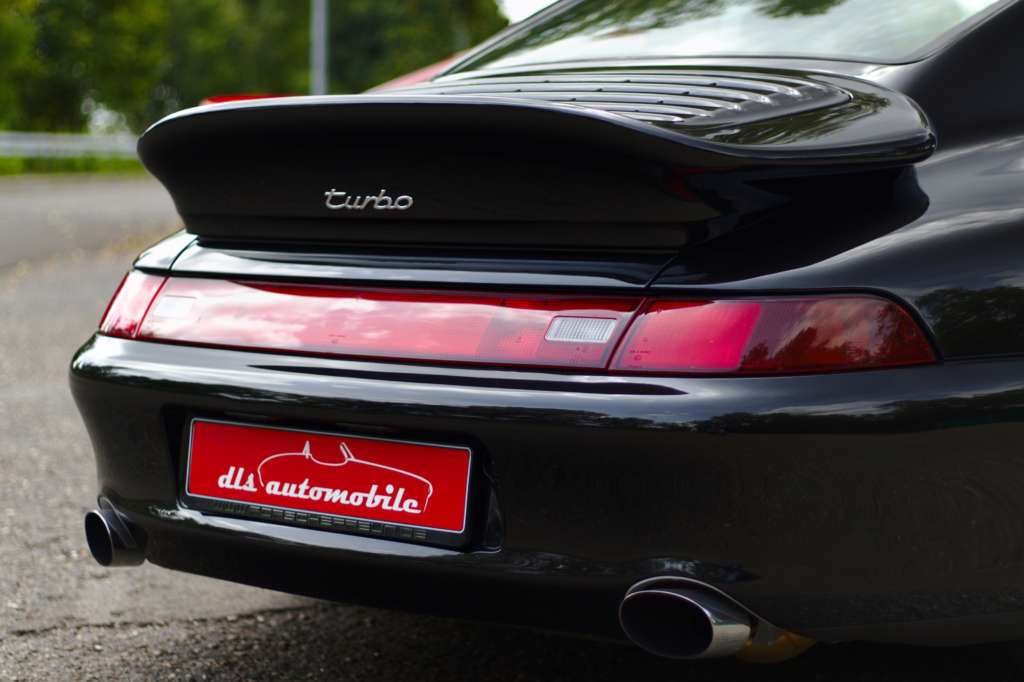 A true Porsche connoisseur and expert has modded this Porsche 993 Turbo over many years, so it combines everything, turbolovers could dream of. Just by looking at the performance figures of 520 hp, 700 nm of torque and less than 1,400 kg it becomes very obvious that this Porsche 993 Turbo is not for the weak. It is in no way comparable to any normal 993 Turbo, no matter which factory power increase (WLS). The driving experience reminds you of a Carrera RS, but with double the power! Even though the engine’s mapping may be excellent, it remains an oldschool bi-turbo engine. As it was built without any compromise and has flawless black paint, it looks and feels like a brand new car. And it’s a thing of beauty as well. 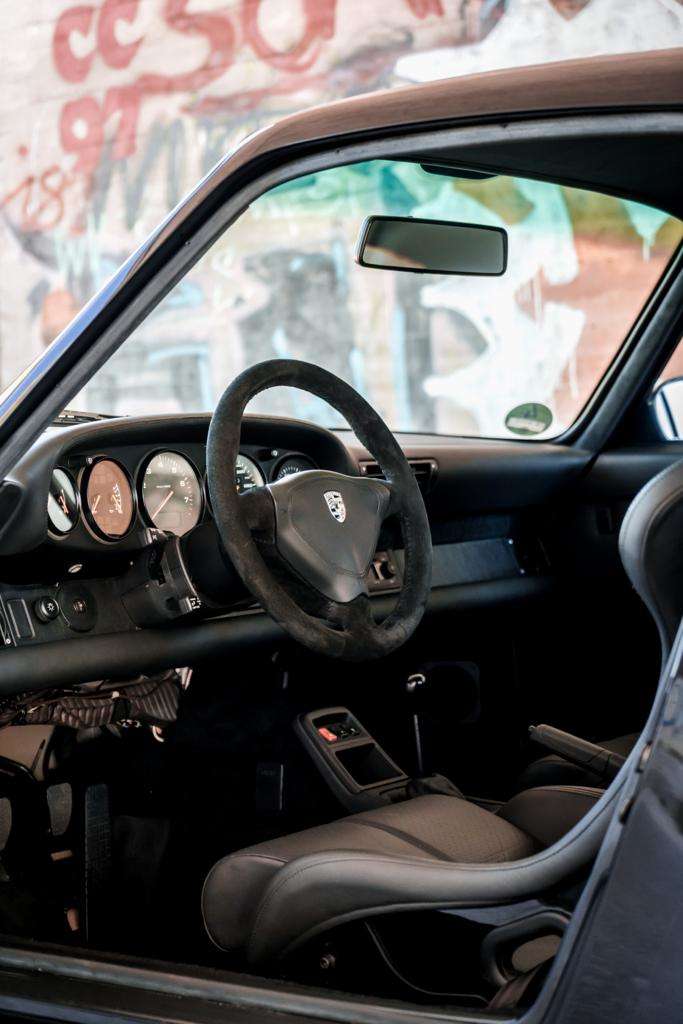 If both cars are put side by side, the difference in size can’t be ignored. By today’s standards, the 996 GT2 may be one of the smaller sports cars, but it can’t hide the additional 20 cm in length, compared with the 993. That 993 on the other hand, seems to look tiny in contrast. As absurd as it may sound, but head to head, the black Turbo can be seen as a wolf in sheep’s clothing. 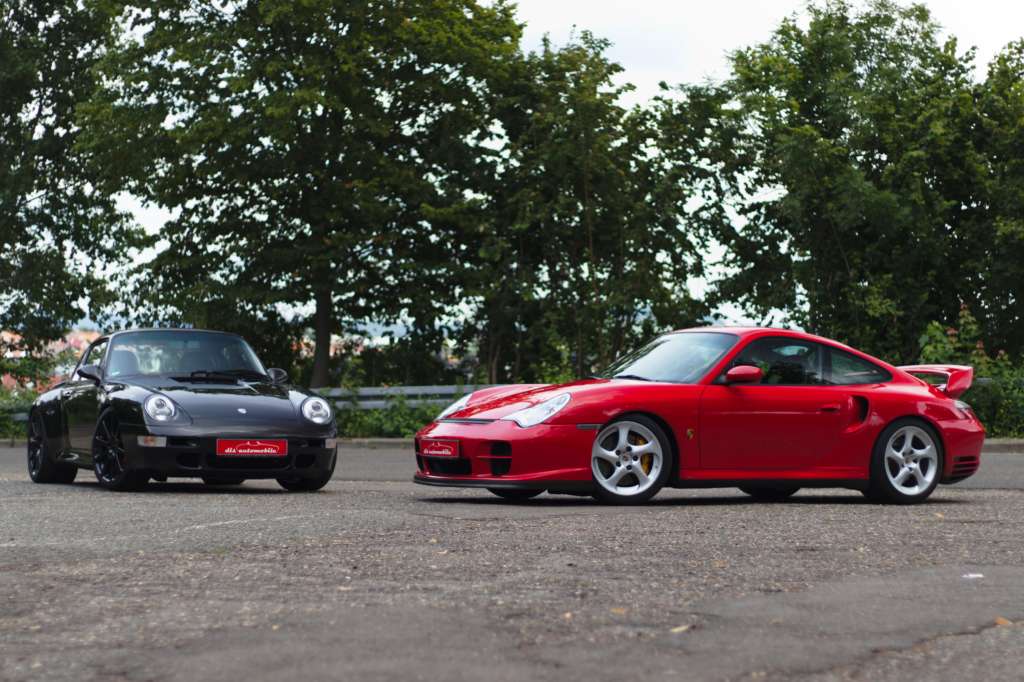 Whereas the 996 GT2 with its very functional and rugged design shows its demand for speed at first sight, the 993 Turbo with its spotless body looks like a work of art, that has to be preserved for future generations. Yes, Porsches are cars at first and no artworks, that have to be stored. But nevertheless, this 993 with its plain elegance gives the impression of being too much of an engineering and aesthetic masterpiece for being driven hard. If the 993 GT2 wouldn’t have been built for homologation purposes but for street use, maybe it would have looked pretty similar to this one.

The verdict: That was one of these days…

Without a doubt, both are pretty radical representatives of their species. The 993 Turbo, being the last aircooled Porsche 911, is already surrounded by a nimbus. It feels like a time capsule, which leads you straight into an era, where downforce and laptimes weren’t the main criteria and form didn’t always follow function. It’s astonishing, that this car, being more than 20 years old, could still make your tears of compassion run horizontally, as Walter Röhrl once said. On the other hand, the 996 GT2 doesn’t feel like a piece of art. It could be described best as a very sharp and precise knife. If driven by a skillful driver, this rare example of the first watercooled 911 model could still give modern sports cars a run for their money. You want to grab it by the scruff of its neck and scrape of tenth by tenth of your personal best lap time at the next trackday. When you look at the 993, you want to suck in all its lovely details and just admire it.

Which one would we choose? Both! In terms of performance, they’re on a par, but as always with Porsches, only the personal couleur (or to be more precise: The question between #air and #water) decides, which one would be your very own favourite. By the way, both are for sale right now, just in case you’re interested…

Thanks to DLS Automobile for providing the cars.