Stefan Bellof – “The biggest talent, that I have ever seen” 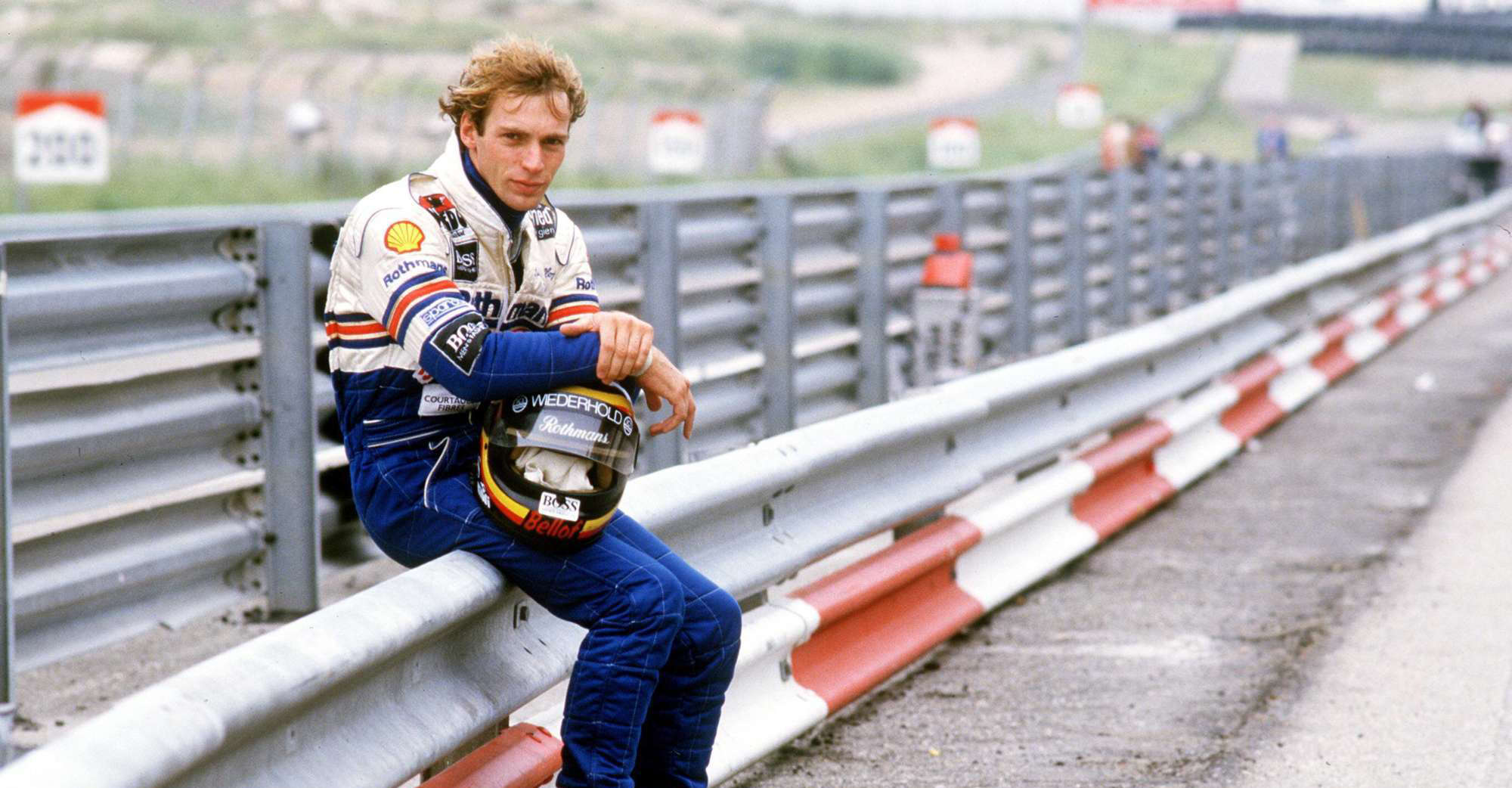 Over the years, Porsche tended to give young drivers a chance alongside more experienced racers in their factory entries. Porsche even trains more young drivers than they have demand for. “That is Porsche’s contribution to motorsport”, ex-Porsche Motorsport chief Frank-Steffen Walliser once said. In the golden era of sports car racing, the 1980’s, one very special talent stood out from the crowd: Stefan Bellof. We take a look back to one of the most promising German talents, that has started for Porsche.

As his older brother Georg managed to do in 1978, Stefan Bellof became German Kart champion in 1980. On year later, he finished third in the German Formula 3 championship. In 1982 he stepped up the ladder to the Formula 2, where he won his first two races straightaway. Bellof secured the fourth position in the overall ranking that season. His performances weren’t unnoticed, so Porsche offered him a works contract to participate in the Sports Car World Championship in 1983. The then-25 year old man from Gießen showed his talent immediately. From his debut in the Group C Porsche 956, Bellof was the fastest Porsche factory driver by a considerate margin. With his teammate Derek Bell, he won his first sports car race in Silverstone by more than a minute. His qualifying time was so fast, that he would have qualified in 12th position for the F1 Grand Prix held there later that year.

At the following 1000 km race at the Nürburgring Nordschleife, Bellof set a time, which nobody thought would be possible. He lapped the 20.835 km Ring in 6:11.13 minutes, with a staggering average speed of more than 125 mph! He outclassed the whole competition including the likes of Jochen Mass by at least five seconds. Reigning F1 world champion Keke Rosberg was nearly 30(!) seconds slower. That record lasted for more than 35 years, until Timo Bernhard did a 5:19.55 in the Porsche 919 Evo.

“You can’t do a 1000 km race like that. Any team official should have slowed him down!” – Bellof’s teammate Derek Bell on his performance in the Porsche 956 at the Nürburgring.

In the race itself, Bellof and Bell retired. While blasting away from the pack and after setting a 6:25.91 minutes lap record in the race, Bellof‘s car got airborne at Pflanzgarten. Shortly afterwards, at Porsche‘s famous top 8 lockout at Le Mans, Bellof started with Jochen Mass in a Porsche 956. Sadly, their Porsche was one of only two Porsche 956, that didn‘t end up in the top 10, after an engine failure in the night. Together with Bell, the German secured a second place at Spa afterwards. Gathering two wins at Fuji and Kyalami the team finished fourth overall.

Stefan Bellof‘s outstanding performances in sports car racing aroused much attention from Formula 1 teams. Bellof nearly got himself a seat in one of the dominant McLaren TAG-Porsche‘s at the time. Despite superb testing results from Bellof, McLaren started with Niki Lauda and Alain Prost. They dominated the next years as they liked. Due to Bellof‘s contract with Porsche, a move to Brabham BMW was blocked as well. Right before the season began, Stefan Bellof was hired by Ken Tyrrell. The former world champion team had a rough time that year. Tyrrell was one of the few teams without a turbo engine, so they had a power disadvantage of roughly 600 hp in qualifying. But that didn‘t stop Stefan Bellof from putting in masterclass performances. At the Brazilian Grand Prix, Bellof stormed through the field. After overtaking Ayrton Senna, Bellof retired, due to a snapped throttle cable, sitting in P13.

His most prominent performance however was the Monaco Grand Prix in 1984. In Qualifying, Bellof secured the last spot in the grid with 20th position, outqualifying the likes of Marc Surer, Martin Brundle or Eddie Cheever. During the race, there were ferocious conditions with very heavy rain. While the water was pouring down, Bellof drove like a champion. He was even quicker than the leading Prost and Senna. After 31 laps, Bellof was already in 3rd position and storming up to the leading pack with Prost and Senna. Sadly, the race was abandoned. It was the only podium for an F1 car with a naturally aspirated engine in the whole 1984 F1 season. But after the season ended, Bellof lost his first career podium. As Tyrrell was found guilty driving an underweight car through the season (The FIA found out, that Tyrrell had filled the water tanks of their watercooling for the brakes with plumb balls shortly before the race ended), they lost all their points for the whole season. But that couldn’t diminish Bellof’s great performance. Besides his F1 career, Bellof won the Sports Car World Championship with his teammate Derek Bell. In the Porsche 956 they won six of eleven races that season. Porsche as a manufacturer had won ten races in total in the 1984 SCWC.

1985 was sort of a horror year for Porsche Motorsport

For the 1985 season, Stefan Bellof terminated his works contract with Porsche. Despite that, he still started in the SCWC for Porsche’s customer team Brun Motorsport. In F1, Bellof scored four points in the first eleven races and four top ten finishes in total. By that time, Bellof already signed a contract for the 1986 F1 season with Ferrari. As if the loss of Stefan Bellof as a works driver wouldn’t have been painful enough for Porsche Motorsport, the disaster took its course at the Canadian track in Mosport. In the 1,000 km race there, German driver Manfred Winkelhock crashed into a concrete barrier in lap 69. His Kremer Porsche 962 C was totaled and the day after the race, at 12th August 1985, Manfred Winkelhock died as a result of severe head injuries. That incident unsettled Stefan Bellof pretty badly. Right before the start of the 1,000 km of Spa, Stefan Bellof even said, that he doesn’t want to drive at all. But in his outdated Porsche 956B, Bellof wanted to prove the world, that he was better than his rival Jacky Ickx. After 77 laps, the German attacked the Belgian’s Rothmans Porsche 962C in the fierce Eau Rouge. He wanted to overtake Ickx on the outside in one of the fastest corners on the planet. 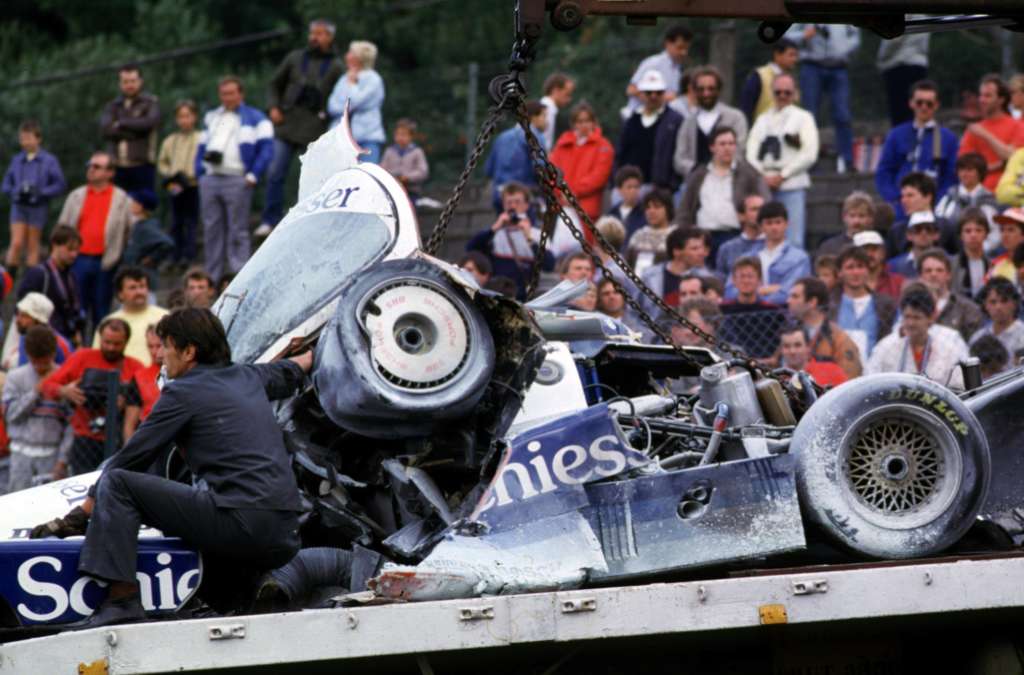 Like some times earlier in his career, Stefan Bellof’s bravery led him to disaster. Both cars touched and Bellof’s Porsche 956 hit a concrete barrier very hard. Before even arriving at the track hospital, one of the greatest ever talents of motorsports died. During his Porsche years, Bellof started in 34 races, won 16 of them and did the fastest lap of the race 16 times as well. Stefan Bellof only became 27 years old.

“Stefan Bellof is the biggest talent, that I have ever seen” – Sir Jackie Stewart

„Regarding his talent and everything what he has recently shown, without a doubt, he is one of the very, very, very best“ – Hans-Joachim Stuck