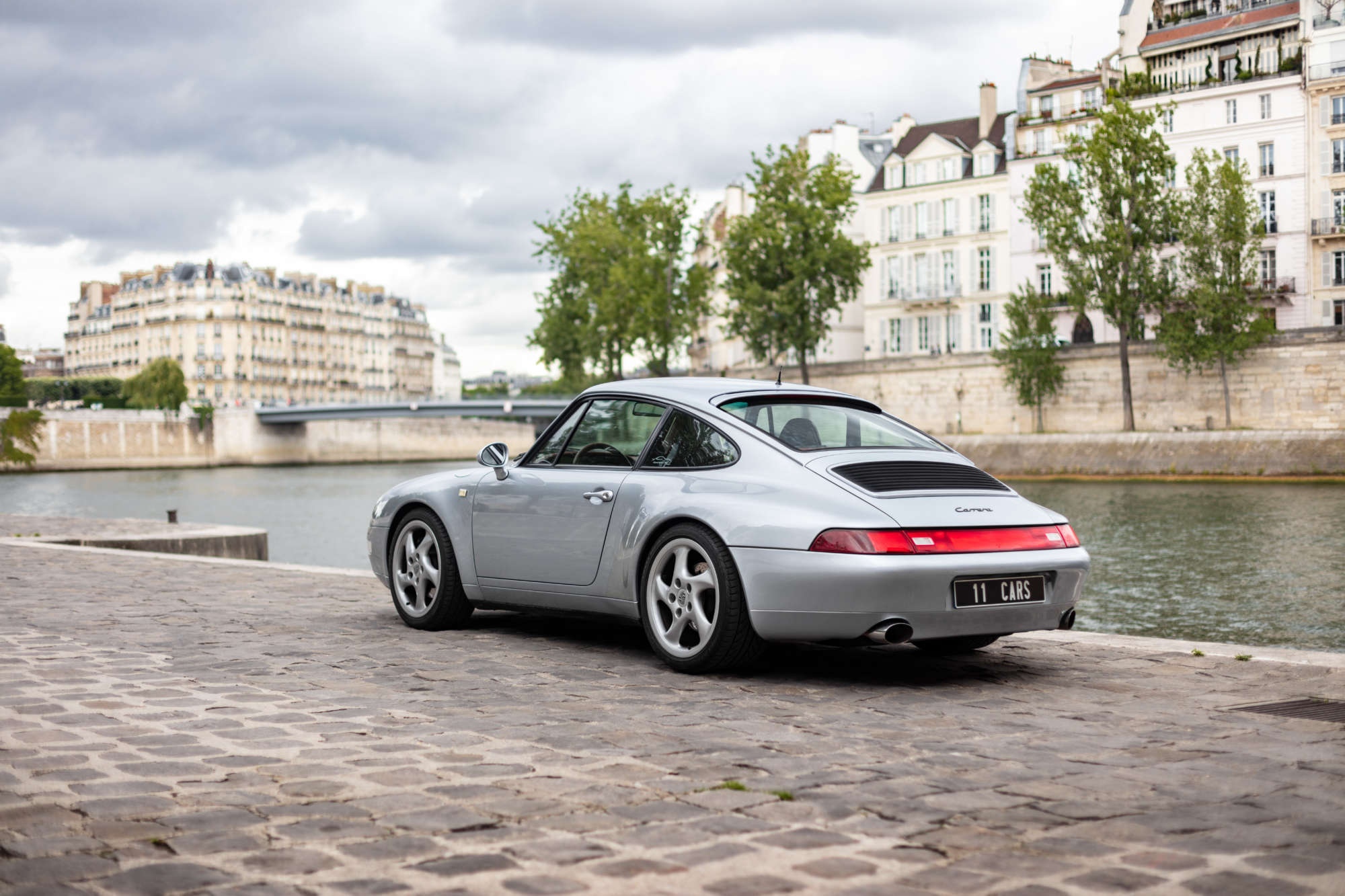 Buy Porsche 993.
On the Elferspot Marketplace.

The Porsche 993 was the fourth iteration of the Porsche 911. Being the last air-cooled 911, the 993 turned into a sought after collectible over the years. Thanks to steady evolution of the Porsche 911’s rear-engined concept for more than 30 years, it earned a reputation for being highly sophisticated and durable. But still, you should consider some points when in the hunt for a Porsche 993. This buyer’s guide will help you out!

The Porsche 993: “Pinnacle of the air-cooled era and the last of its kind”

In 1993 the Porsche 993 Carrera was presented to the general public as the successor for the 964. Harm Lagaay, then responsible for the design at Porsche, overhauled the classic 911 concept in some points: For the first time in 30 years, the profile of the front fenders was changed. The car became lower and got new elliptic headlamps. Besides, the bumpers were now fully integrated. Gone were the days of the torpedo tubes for the exhaust. Until today, many enthusiasts state, that the Porsche 993 is the prettiest 911 of all time. The fourth generation Porsche 911 was introduced in Coupé and Cabriolet form. The Targa version followed for the 1996 model year. In total, roughly 27,900 Porsche 993 Carrera Coupés and 17,900 Carrera Cabriolets were built. The Targa is a bit more exclusive with 4,600 units.

On top of that, there were 6,948 Carrera 4S and 3,714 Carrera S. These wear the wide Turbo body shell and the 4S got the Turbo brakes as well. To separate the Porsche 993 Carrera S and 4S, take a look at the electric spoiler! On the S, the air vents on the spoiler were split in the middle. Otherwise, the 993 Carrera 4 S got a bit more kit as standard. Trip computer, air conditioning and electric seats for example. As there are fewer examples of them, they are a bit more expensive than the base Carreras, naturally. Porsche ended the 993’s production at the end of march 1998. Sadly, four days before the end of the air-cooled Porsche era, the great Ferry Porsche died…

Even the often highly praised Porsche 993 shell has its pitfalls!

Yes, the build quality was top notch for the day and the bodies were perfectly galvanized – but the Porsche 993 is more than 20 years old now! Besides obligatory checks of the panel gaps and the rubber inserts between the panels, a view from underneath is highly recommended. Damaged undershields can be a hint to neglected maintenance by previous owners. The Porsche 993 Carrera may be fully galvanized, but a closer look underneath the panels is a must. Bad repair jobs at the front can be easily identified by lifting the boot’s carpet.

Just as the Porsche 964, the 993 has a weak spot at the window frames. Due to assembly errors when swapping the windscreen, rust can occur there. If you can see spots of rust, the repair bill will be hefty. Therefore our advice would be lifting the rubber sealing in the corners and taking a very close look. The 993’s door retaining straps aren’t the sturdiest and are therefore prone to fail. In case you hear a cracking noise when operating the doors, be prepared to replace them. Porsche once recalled all the cabs to change the roof locking mechanism and defects at the drive for the electric roof can occur. Same applies for the bonnet dampers, which get a bit weak over the years, not holding up the hood anymore. But that’s an easy and inexpensive fix anyone could do on his or her own.

All the Porsche 993 Carreras have 3,600 ccm in capacity. Bore and stroke are identical to the 964’s engine. For the 1996 model year, Porsche introduced a variable intake system, called VarioRam. That increased the 993 Carrera’s power output from 272 to 286 hp. In case the first owner ordered the factory power increase WLS (X51), the engines even produced 300 horses, thanks to a 200 ccm capacity upgrade. In the X51 factory performance upgrade, the power is increased to 300 hp by pistons and cylinders with 102 millimeters and modified camshafts. Thanks to the hydro tappets, maintenance requirements are no higher than for the 3.6-liter.

Besides the optimized intake, Porsche sorted out some problems of the Porsche 964. The failure prone flywheel was updated, the valve clearance was now operated automatically by more or less maintenance-free hydraulic tappets. Thanks to that, checking valve clearances at the service was no longer a thing, which made inspections more affordable. Another problem, which Porsche solved was related to the ignition distributor, or to be precise, their timing belts, which plagued a lot of 964 owners. Due to all these little tweaks, the 993 Carrera’s engine has a reputation for being more reliable and easier to maintain than its predecessor.

When you spot an oil leak, don’t waste time to investigate! Postponed services and repairs can lead to a sudden loss of all the fluid and catastrophic engine failures as a consequence. 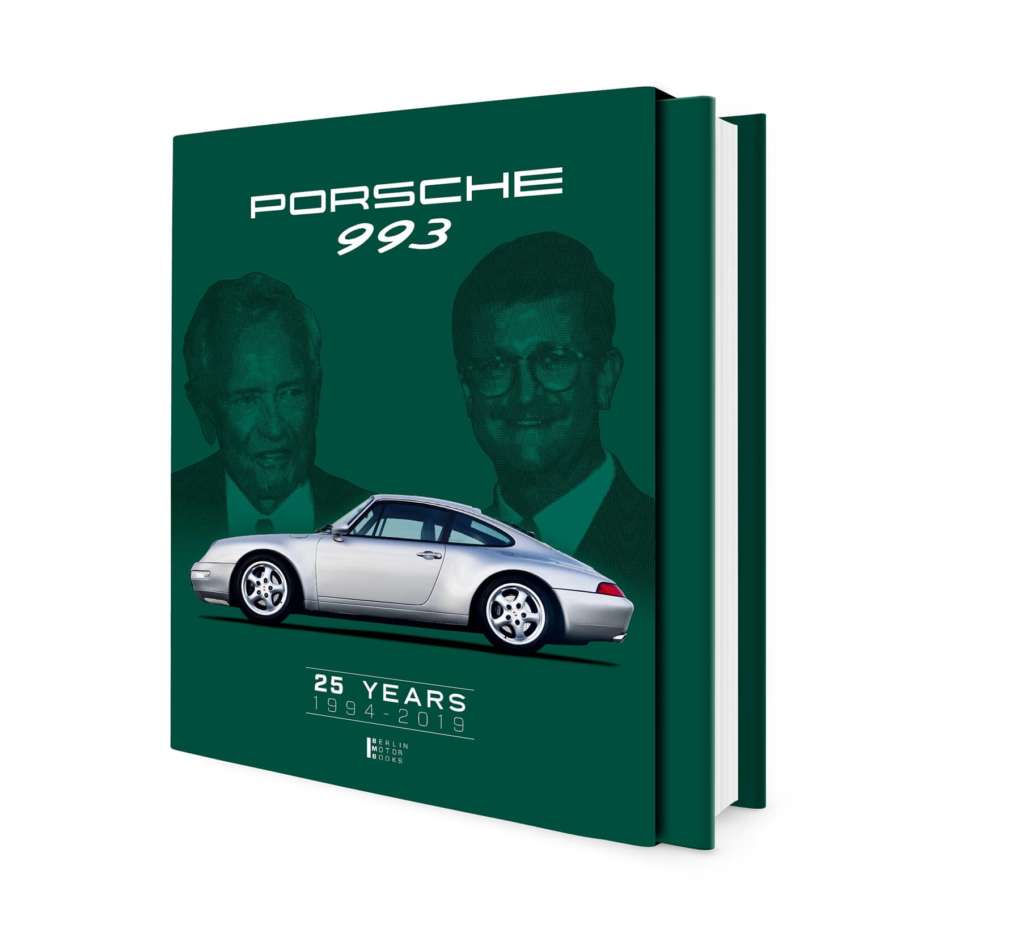 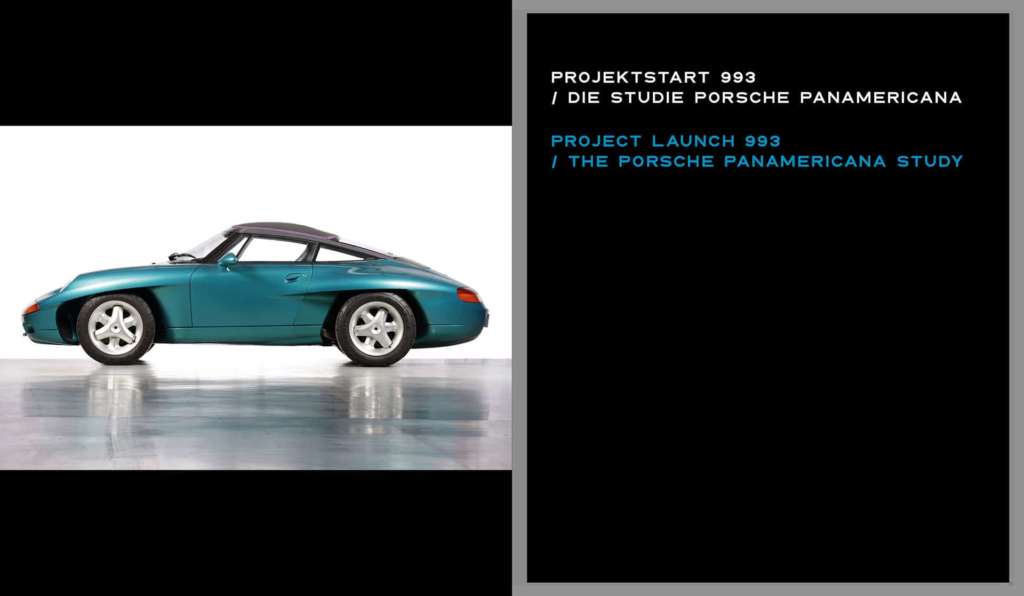 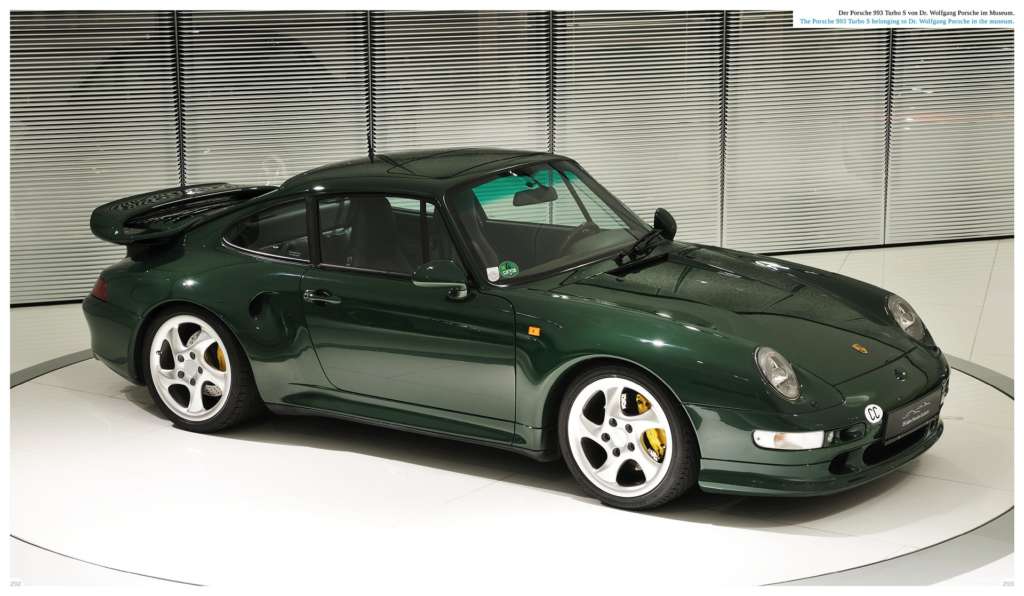 But even the strong-voiced 993 engines had one little weakness: incontinence. The main seals sometimes leak, same goes for the valve covers. But it’s not only the seals, that fail there. Under much heat, the covers themselves can warp. Moreover, please pay attention to the oil lines. Sometimes, the fittings could fail, which in the worst case could lead to a massive oil leak. When you notice a drop in oil pressure, please should the engine down immediately. Otherwise your engine may need a complete overhaul. And while you check the oil lines, please inspect the oil catch tank and its pressure hoses as well!

And it’s not just oil leaks either. These late M64 engines like to burn a bit of the black gold as well. With the boxer engine layout, it’s not unusual that oil can find its way past the piston rings into the combustion chamber. When cold-starting the engine you’ll then notice blue smoke. The more worn the piston rings, the worse. In some cases, the valve guides wear out, due to excessive heat. Oil then can get past the guides into the combustion chamber from the other side. Roughly a litre of oil every 600 miles is pretty normal for these engines. Especially when using the car for short distances, oil consumption could add up to 1.5 litres per 600 miles. That leads to a US-cars-only problem, as their secondary air system can coke.

The Porsche 993 Carrera shares some problems with the 964. But the devil is in the details!

Another part, which isn’t without its flaws, is the exhaust system. At the connecting parts, there can occur massive corrosion. Engine and gearbox mounts tend to wear over the years as well. If they’re worn, you’ll notice vibrations in the cabin and the gear lever. Failing mounts can even lead to leaking exhausts or headers, so be careful! Leaking clutch master and slave cylinders can be a problem as well. The garboxes (a newly developed 6-speed manual or the 4-speed Tiptronic) are more or less known to be fairly reliable. Porsche even made the all-wheel drive system cheaper to maintain, but some jobs can only be done properly with the right software. That’s why we would suggest, that these cars should only be serviced by specialists.

Under regular use, the drive shafts of the Porsche 993 are good for more than 60.000 miles. If you hear a clicking noise in a low mileage car, that’s a sign for abusive use and maybe even track use. Be prepared for a costly replacement of the brake calipers, if they show any sign of corrosion as these are made of aluminium. If your air conditioning doesn’t cool your car down, another hefty bill could be on its way. As with the Porsche 964, repairs can easily reach four-figure prices.

The Porsche 993, in contrast to its predecessors, has never really become cheap. Therefore, there aren’t as many rotten examples for sale.

Porsche 911 G-models and 964s were extremely cheap only a few years ago. The exact opposite could be said for the Porsche 993. Thanks to the constant high price level, not many 993s were sold to owners, which weren’t really wealthy enough to maintain them. What does that mean to you? There aren’t that many “rats” up for sale. As Porsche evolved the 911’s air-cooled concept to the max with the 993, it has a well deserved reputation for being a sturdy and sophisticated classic. Another evolution of the air-cooled engines would have been way too expensive for Porsche, as emission regulations were getting more strict in the late 90’s. So we will never get a more modern car with the classic 911 shape and interior than the 993, ever.

And that’s exactly what makes the Porsche 993 so appealing. It marks the end of the traditional, air-cooled era of the Zuffenhausen brand. Prices remained high and don’t seem to drop anymore. But big jumps up don’t seem likely as well. Whoever decides to buy a Porsche 993 Carrera, gets the last “real” rear-engined Porsche, which needs a very skillful driver to get the best out of it. Provided that the car has a clean service history, a Porsche 993 Carrera is robust, holds its value, still is pretty darn quick, sometimes expensive, but one thing is fore sure: The 993 is the absolut pinnacle of air-cooled car manufacturing. 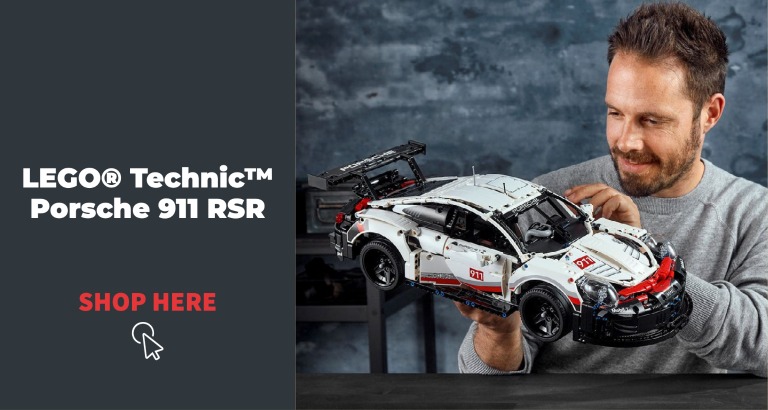