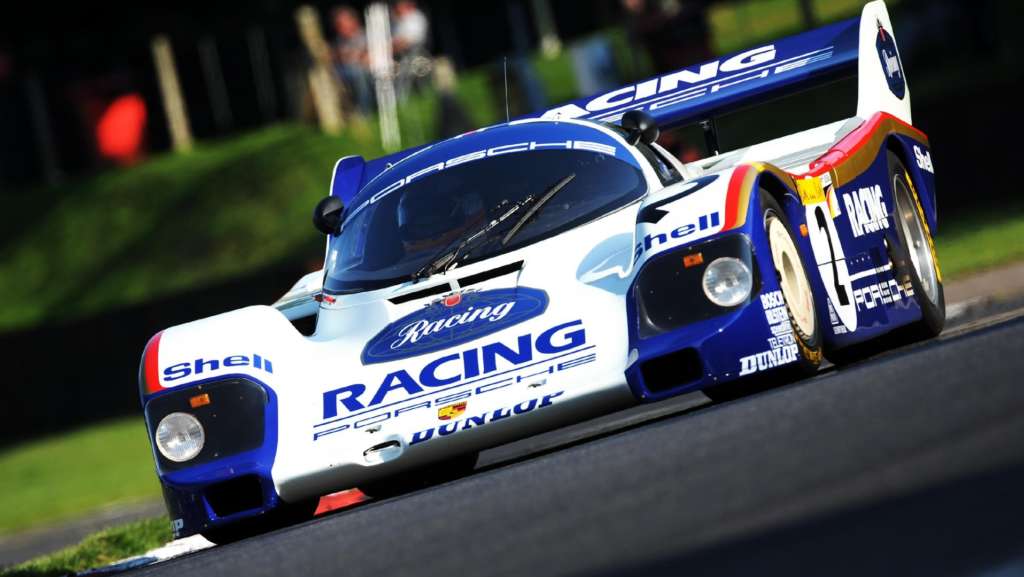 Even after 95 years, it still is the most famous endurance race in the world – the 24 hours of Le Mans. In the 1980’s the endurance classic was dominated by one brand, as there was nearly no way to come around Porsche. They managed to secure seven consecutive wins, six times with at least two Zuffenhausen prototypes up front. Let’s take a closer look to the unprecedented Le Mans dominance which led to one of the most famous ads of the Stuttgart brand.

With the 908/80, driven by Reinhold Joest and Jacky Ickx, only finishing second in 1980 behind the french Rondeau M379 of John Rondeau and Jean-Pierre Jaussaud, Porsche’s winning streak began shortly afterwards in 1981. Forementioned Jacky Ickx took victory in 1981 in a Porsche 936/81. The 936 was more a less a transition model, which was used to test the engine for the Group C Porsche 956. The 2,65 litre six-cylinder boxer engine with two turbochargers designed by Hans Mezger. 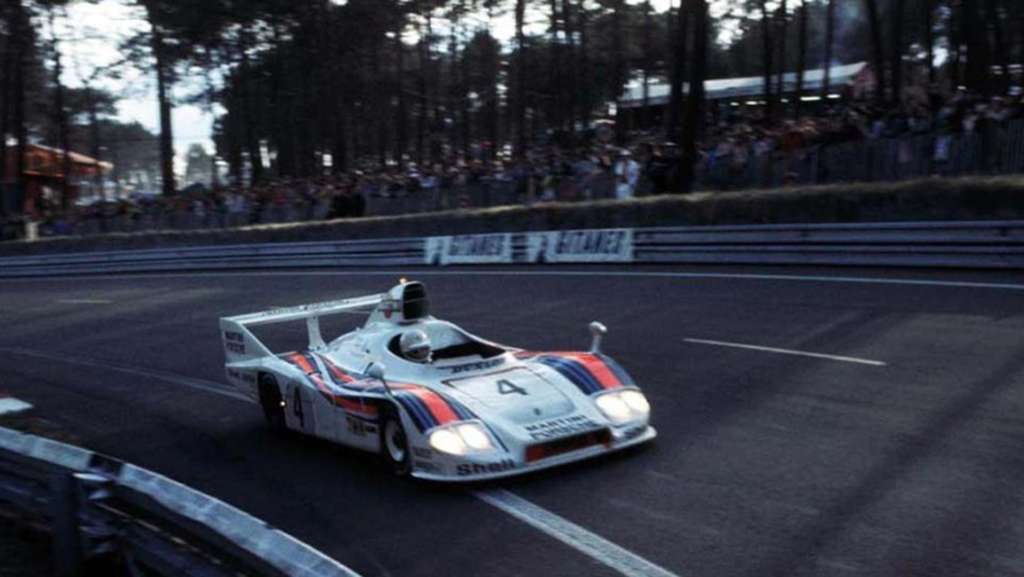 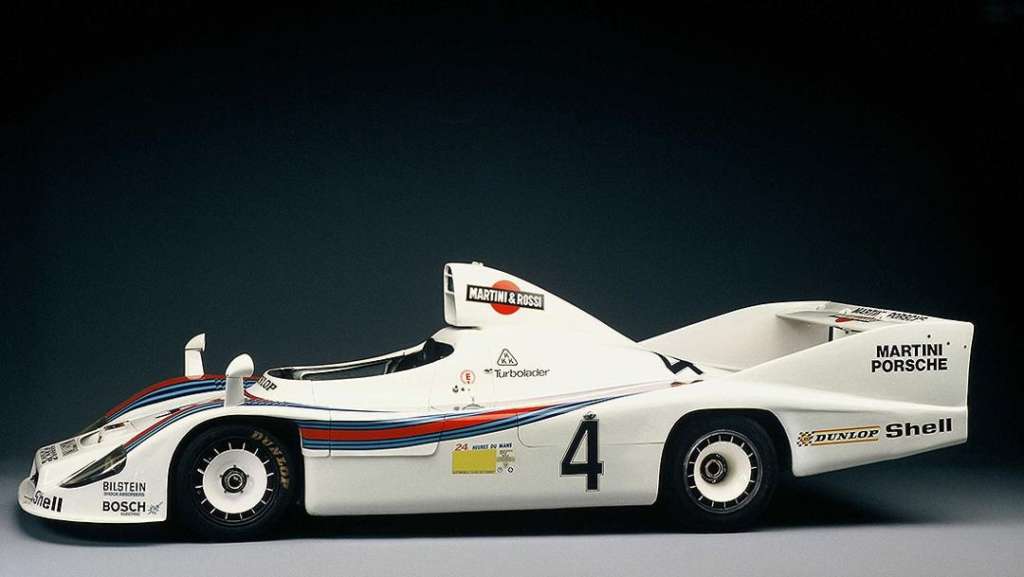 That engine was used in the 956s that entered the 1982 edition of the world’s most famous endurance race. The new sports car prototype from Stuttgart was designed from scratch to meet the Group C regulations and was a real bombshell. Starting under the flag of the Rothmans Team, the three works prototypes occupied all three steps on the podium, leading another two Porsches 935s. Five Porsches leading the pack left a lasting impression and the other manufacturers baffled.

What made the Porsche 956 so special?

With the formerly used Porsche 936s corresponding the Class 6 regulations, Porsche had to build a completely new car for the Group C. Under the direction of a man called Norbert Singer, the Porsche engineers designed an aluminium monocoque chassis, which replaced the outdated tubular trellis frame, used in the 936. Singer’s crew gave particular attention to the development of the 956’s aerodynamics. It was the first sports car prototype to produce real ground-effect. The aim was, to generate as much downforce, as the 917/30 had in the can-am series, with way less drag.

To reach that goal, Singer copied the F1’s approach on ground-effect and started with skirts to seal the car’s underfloor and designed a special diffuser but couldn’t get the system working. Porsche then got rid of the skirts and used the cars sills and fenders to guide the air underneath the car. That has done the trick  and thanks to these modifications, the car produced negative pressure underneath it, so it was sucked to the ground, without producing too much drag. Compared to the 70’s 917 prototypes the Porsche 956 may had a top speed disadvantage of nearly 20 mph on the long Hunaudière straight, but way more downforce, which more than compensated that drawback in the corners. Especially during the first years of the Group C rules in the Sports Car World Championship Porsche had no real competitors, with only Lancia and the swiss privateers of Sauber undertaking serious efforts to beat Porsche. The other manufacturers like Jaguar, Nissan, Toyota and Mazda weren’t fully competitive until the end of the 80’s. The combination of the reliable flat six engine, producing from 620 to 640 hp with the very sophisticated aerodynamics was the one to beat in the mid-80’s.

Porsche’s overwhelming dominance with the 956 was at its peak in 1983. The competitors of Lancia and Sauber may have been pretty quick in qualifying, but were no match through the distance. Michele Alboreto managed to out-qualify all but one of the 956s in his Lancia LC2 with Jacky Ickx on pole position in the Rothmans 956, but the italians’ rearing up didn’t last long though. Before night fell, both the Lancias were already out of the race with technical issues.

With the Porsche dominance being the main story of the 1983 race, the dramatic scenes in the final stage of the race often get overlooked. Al Holbert, who shared the #3 Porsche 956 with Hurley Haywood and Vern Schuppan went into the last lap with a nearly collapsing engine, that was misfiring and lacking most of its power. Derek Bell in the #1 Porsche unlapped himself and it looked like he could replicate his 1982 coup. Holberts engine was overheating, smoking and barely running, Bell was squeezing out every bit of performance his 956 had to offer. But on the last few kilometres, Bell was running out of fuel, so he had to pray for getting over the finish line as well.

One man’s sorrow is another man’s joy. Al Holbert could nurse the car home and crossed the line just 17 seconds in front of the sister car to win the 1983 24h of Le Mans. Behind the works Porsches, six private 956s followed, before the Sauber C7 could bring a bit more diversity to the top ten and prevent Porsche from a top ten lockout. No other manufacturer has ever managed to gain a win with eight of its own cars up front at the Sarthe. Nine of the eleven Group C Racers from Zuffenhausen made it to the top ten. Porsche’s marketing division used that result for a very humurous campaign and launched the famous “Nobody’s perfect” ad. Porsche didn’t enter its works prototypes due to some rule changes for the 1984 race, but private teams brought seven 956s to the top of the leaderboard at the Sarthe. Klaus Ludwig and Henri Pescarolo managed to secure the victory for the Joest team. Bob Wollek and Alessandro Nannini in the revised Lancia LC2, now with a turbocharged Ferrari V8 powerplant, may have led for some time, but finished only in eighth position, being Porsche’s nearest pursuer.

In 1985, things looked similar. Porsche decided to send works cars to Le Mans again and entered the new 962C. But it was Klaus Ludwig again, who snatched victory in the 956B for Joest in front of the Richard Lloyd Racing 956 GTi. Porsche’s works team had to content itself with the third place on the podium. Lancia had been the party crasher, again, with the LC2s finishing in sixth and seventh position. The rest of the top ten had been filled up with Porsches. Toyota, Mazda, Jaguar and Aston Martin had been left well behind.

Even with Tom Walkinshaw Racing entering three new Jaguar XJR-6s and Nissan joining the competition, the 1986 24h of Le Mans became a victory march for Porsche. They nearly repeated the success of 1983 with seven Porsches leading the pack. This time, ADA Engineering’s Gebhart JC843 spoiled the party, finishing in eighth position. Derek Bell, Hans-Joachim Stuck and Al Holbert won the race in the 962C, which was a lightly modified 956 with an extended wheelbase. The additional four inches were needed, to install a steel tube roll cage and move the pedals behind the front axle in order to match the GTP rules for racing in the USA.

In 1987, the results were mixed up a bit. Jaguar had been seen as the frontrunner with their new XJR-8 after winning the first four races in the Sports Car World Championship. Competition was completed with the  cars from Sauber, Nissan, Toyota, Mazda and the porsche-based Cougar C20. In qualifying, Porsche surprised the opponents with a front row lock-out. During the race Jaguar had all sorts of calamities. Every single XJR-8 had to face the problem of overheating engines. For the sixth time in a row, Porsche managed to get at least a one-two victory. 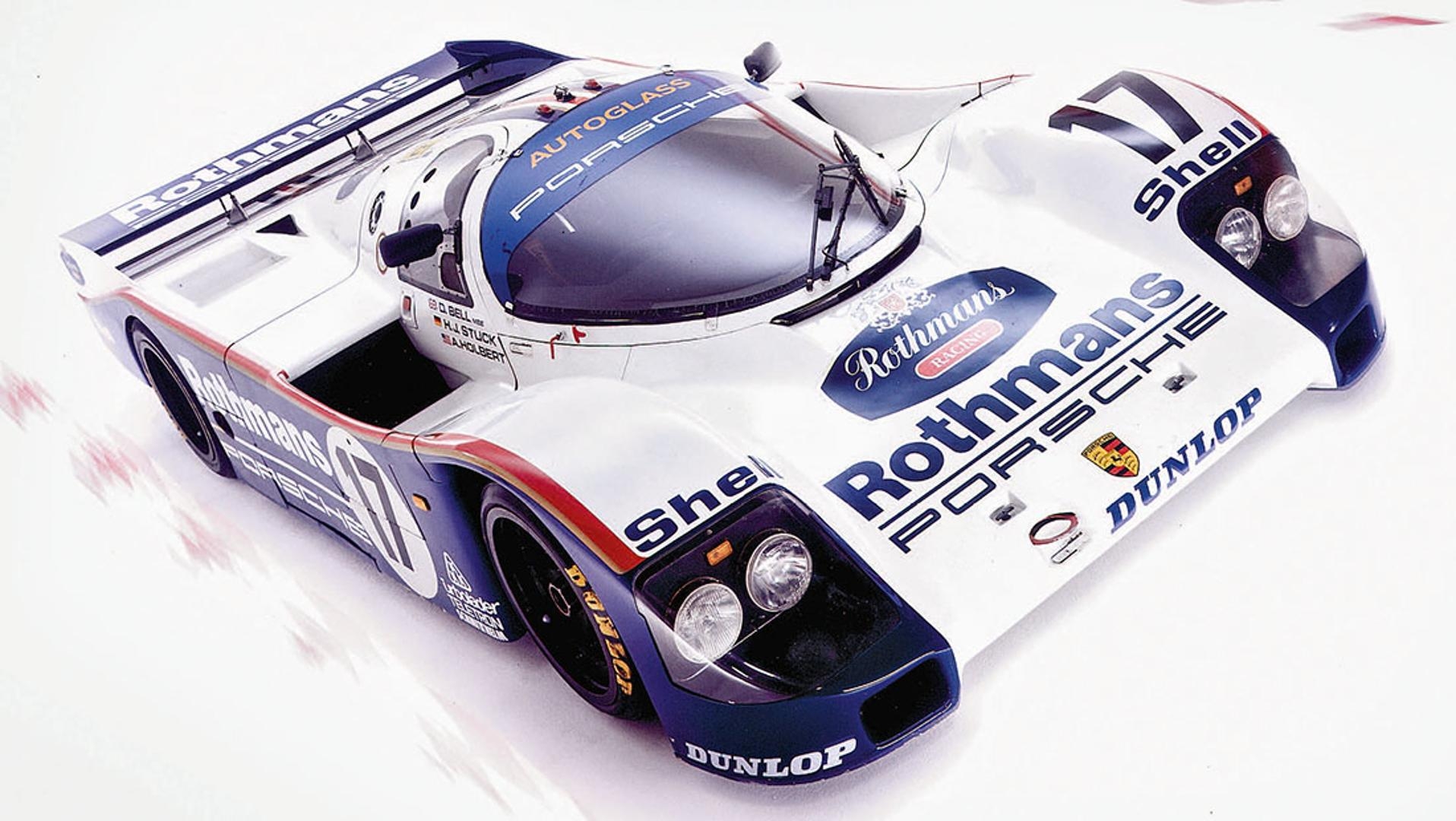 But every run has to come to an end. Porsche’s winning streak in Le Mans ended in 1988 with Jaguar’s XJR-9, driven by the trio of Lammers, Dumfries and Wallace winning ever so slightly in front of the 962C of Stuck, Ludwig and Bell. Even though Porsche couldn’t win this time, eight of the top ten finishers were Porsche prototypes with the second Jaguar finishing in fourth position.

For the third time in the 1980s, Porsche couldn’t win at Le Mans in 1989. The now pretty dated 962s were no match for the Mercedes-Benz powered Sauber C9s. Anyway, Stuck and Wollek secured third place and therefore another podium for Porsche. Nevertheless, Porsche managed to get at least one podium finish in every single 24h of Le Mans in the 1980s. In total, Porsche achieved seven wins, eight second and seven third places, in total 22 podiums in ten years. Out of 100 possible top ten positions, Porsche claimed a staggering 64.

The sheer dominance of Porsche’s Group C Prototypes hasn’t been matched until today. Of course, Audi had a long lasting winning streak as well and achieved 13 wins within 15 races at Le Mans, but Porsche still remains the most successful manufacturer at the 24h of Le Mans. In total, Porsche claimed 19 overall wins at the Sarthe. The last three wins were achieved by the Porsche 919 Hybrid in 2015, 2016 and its last race in 2017. In 2014, its first year of operation, the 919 had some technical issues and the opponents from Audi won with the R18 e-tron quattro. But nevermind… Nobody’s perfect. 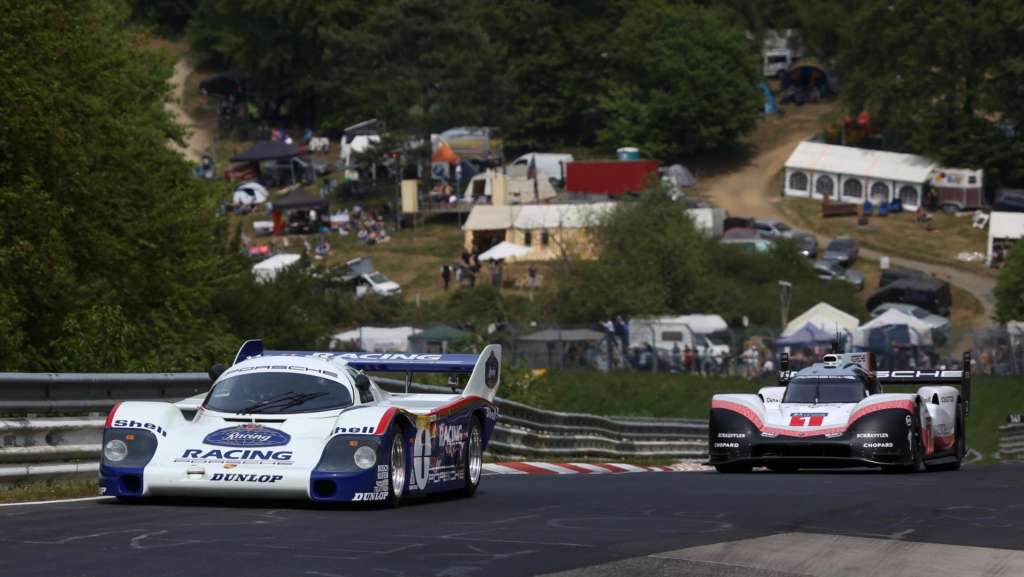