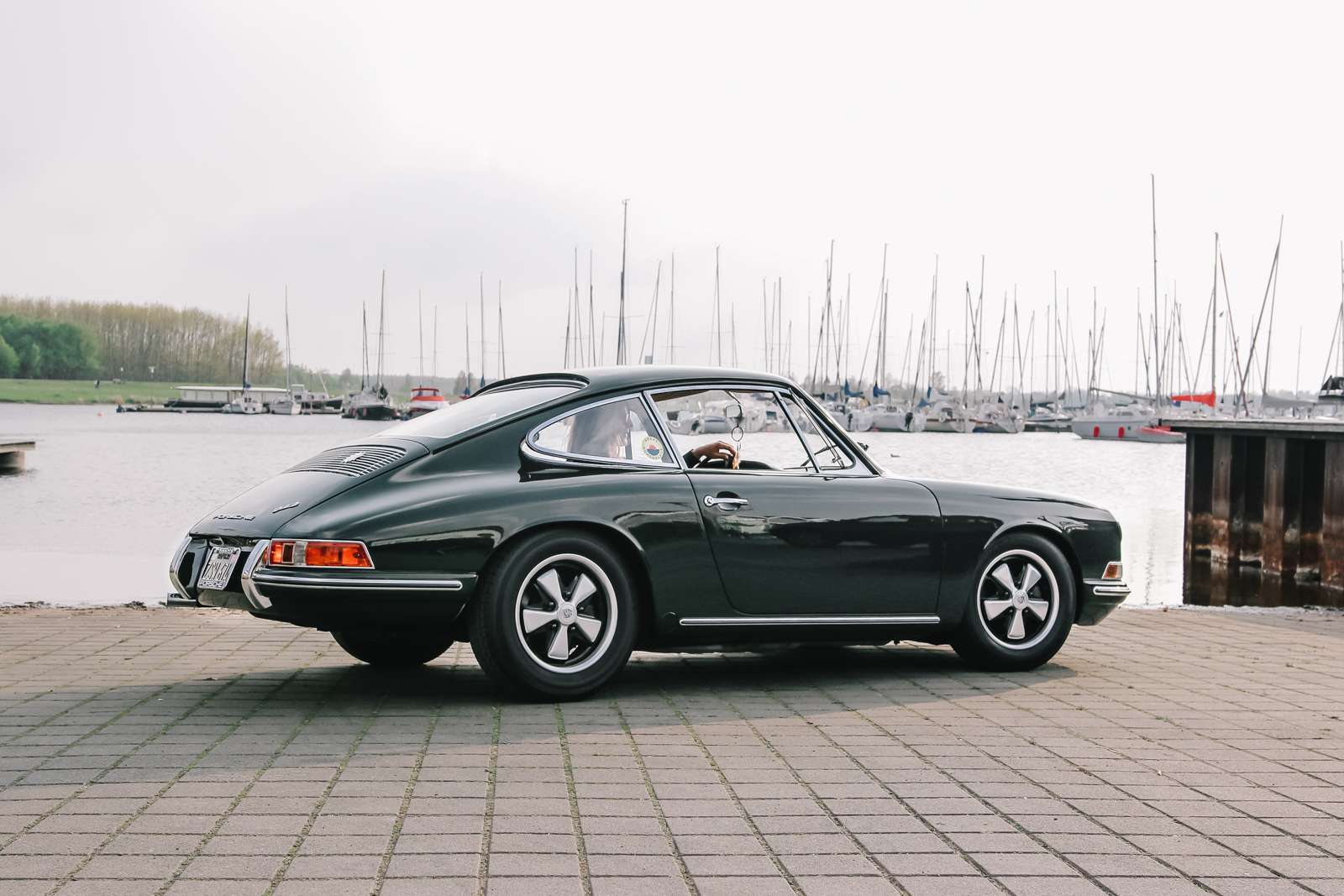 The Good Son Always Returns Home: Pille And His Porsche 912

At the beginning of the summer, I went to Leipzig. My friend from there, David, kindly introduced me to Pille, a super kind guy and car lover who shared his beautiful mint condition Irish-Green 1966 Porsche 912 with me for a photo shoot in a super cool scenario located in the countryside. I asked him some questions about the story behind it and all the process of restoring this wonderful car.

Tell me about you.

People call me Pille and I’m a 34-year-old car nut who lives in the beautiful city of Leipzig. Cars have always been a big part of my life. What was your first car?

When I was 17, I purchased a 1957 VW Bug “Oval” with a large sunroof and a Klaus type 4 engine, lowered of course. It became my funny daily driver car for the following two years, summer and winter.

How did you first become interested in classic cars and why especially this 912?

In the mid-90s my family moved to a small village not far from Leipzig where I met an older guy who was into classic motorcycles from the pre- and post-war times. He taught me how to fix them. Later on, it changed to classic cars. When I bought my 1953 Porsche 356 pre-A some months ago I became addicted to Porsches. So here we are.

I always loved California! We made plenty of road trips all through the country. We have travelled around the USA in more than forty states, of course with classics cars always in mind. Most of my cars come from the US, so does the 912. I found it in Los Angeles while having a good time. I wasn’t especially looking for it, she was too nice to let her go, so I decided to take her home to the fatherland. What was the condition of the car when you bought it?

I bought it in 2015, it was a little worn-out, repainted once, and there was no one taking care of it. The 912 came with the original engine still under the hood and covered in a beautiful 6606 Irish-green.

Did you restore it or was it already restored when you got the car?

I got it out of circulation for a while and made it look great again and there it was, as beautiful as the 912 deserves! That sounds easy but it took quite some time to realize my dream to have a cool-looking 912. The car still has a story to tell which some may call a “patina”. If you are into classic cars you definitely need those garage times – that’s for sure!

Do you know your Porsche’s entire history from the previous owner/owners and do you have any particular story to tell?

The car originally was delivered to Rome, Italy in 1966 to a diplomatic agent. Years later he moved to California and took the 912 with him.

The best thing about this car is its European specs, furthermore, that it’s a rare three-gauge Irish-green 912 with a wooden steering wheel and a beige interior on top. It’s the best combo if you ask me. People love that!

What’s the story behind the California plate?

I have a big collection of black plates because for me they are the most beautiful number plates ever made. So I have a period-correct license plate for each of my cars. 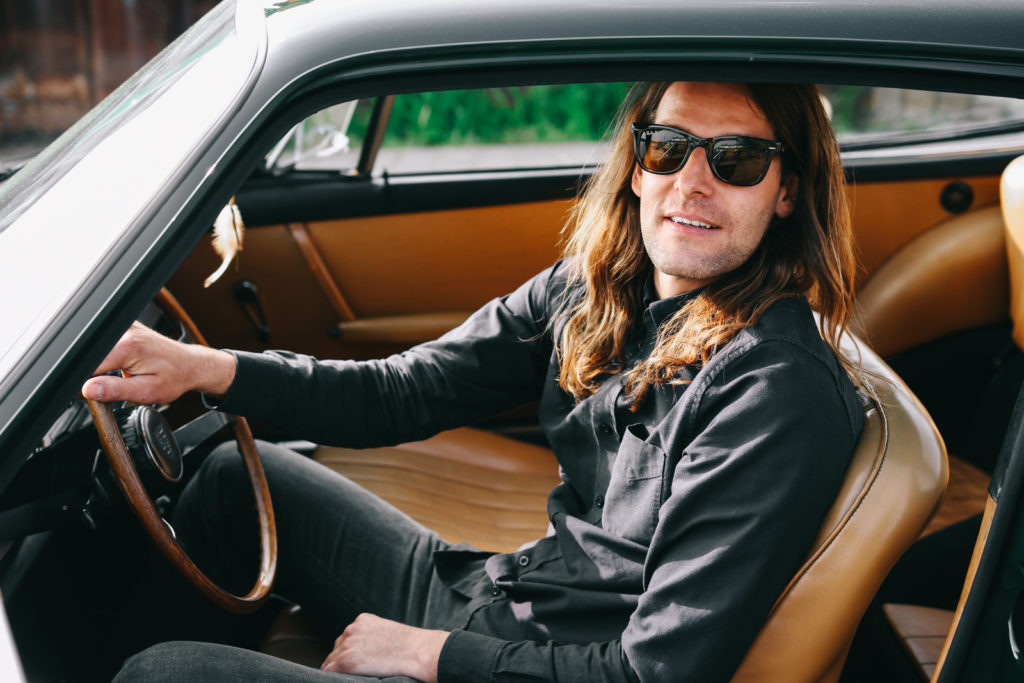 What about this dream catcher inside the car, does it have any special meaning to you?

I bought it from American Natives while travelling through Colorado. I’m a dream-catcher, you know! I love the theory of “go out and catch your dream”… and those look good on mirrors!

So talking about dreams, which is your dream car? 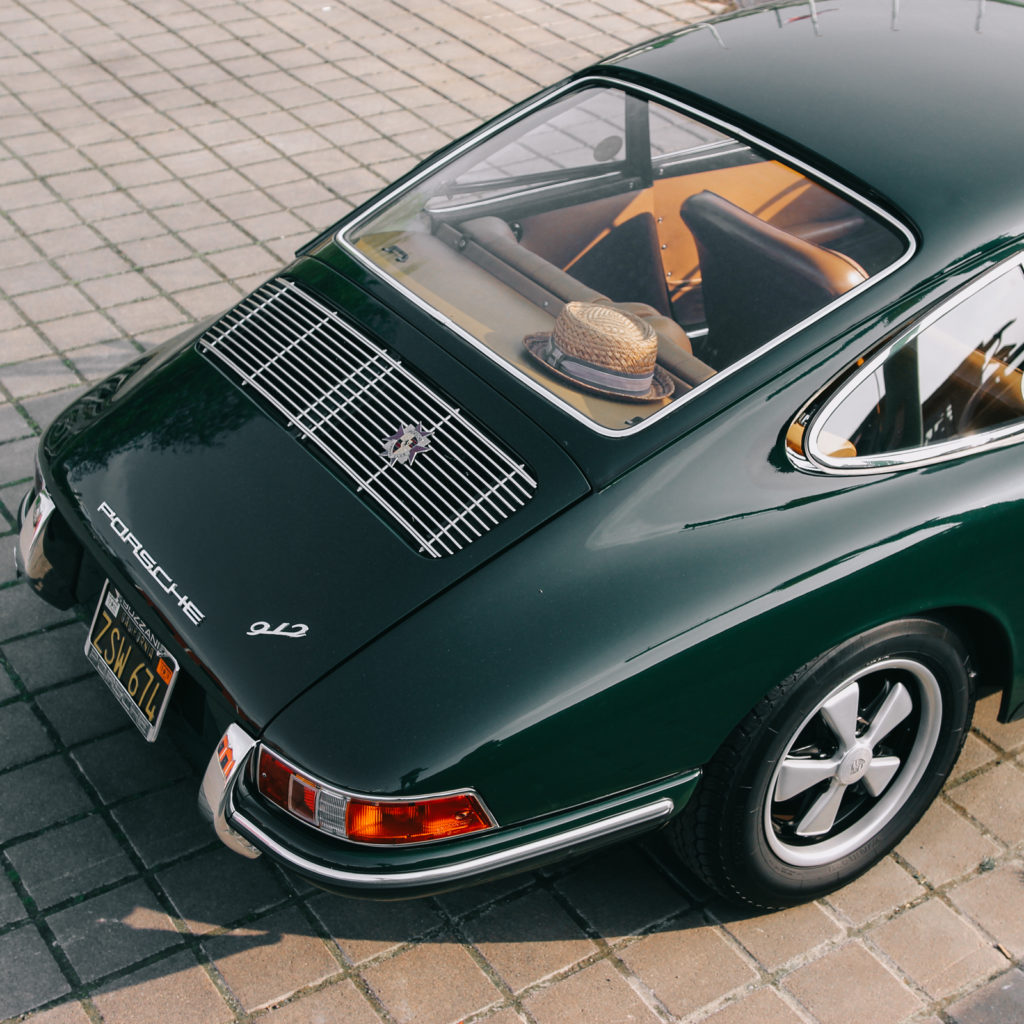 I call her #Neunzwölf, which is the hashtag I use on Instagram. Neunzwölf sounds as German as it is, so that’s a good name.

What’s your favourite detail or what do you love most about your car?

Do you like taking long journeys with the 912? Which was the longest trip you ever took with it?

That’s what the 912 was made for, to drive long distances. We’ve made it to the South of Lake Garda, Italy, already which is quite a long trip. 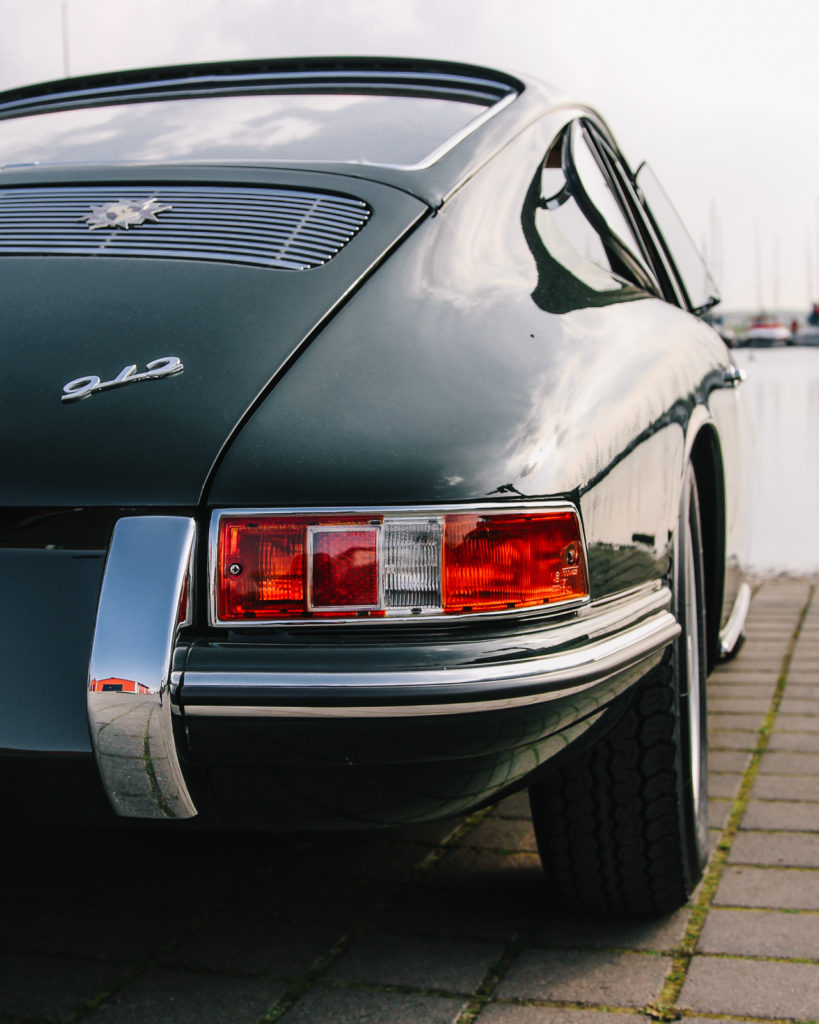 That is what the classic car hobby is about nowadays – buy yourself an old car and make something out of it that you’re happy with, hit the road, be cool and use it as often as you can! 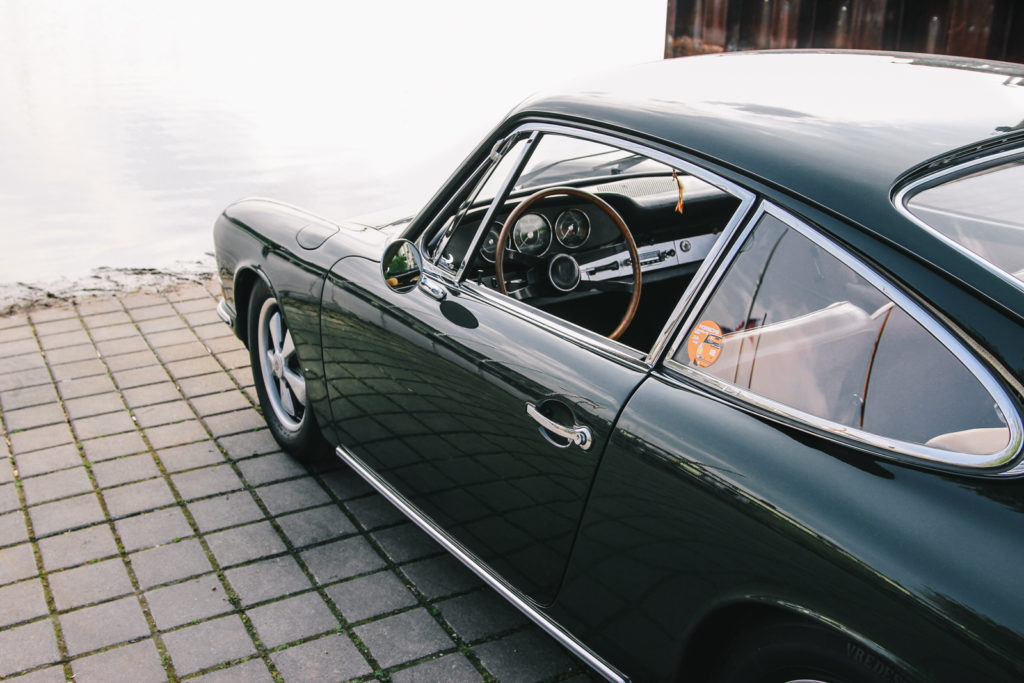 The article and photos were created in collaboration with Carphiles.