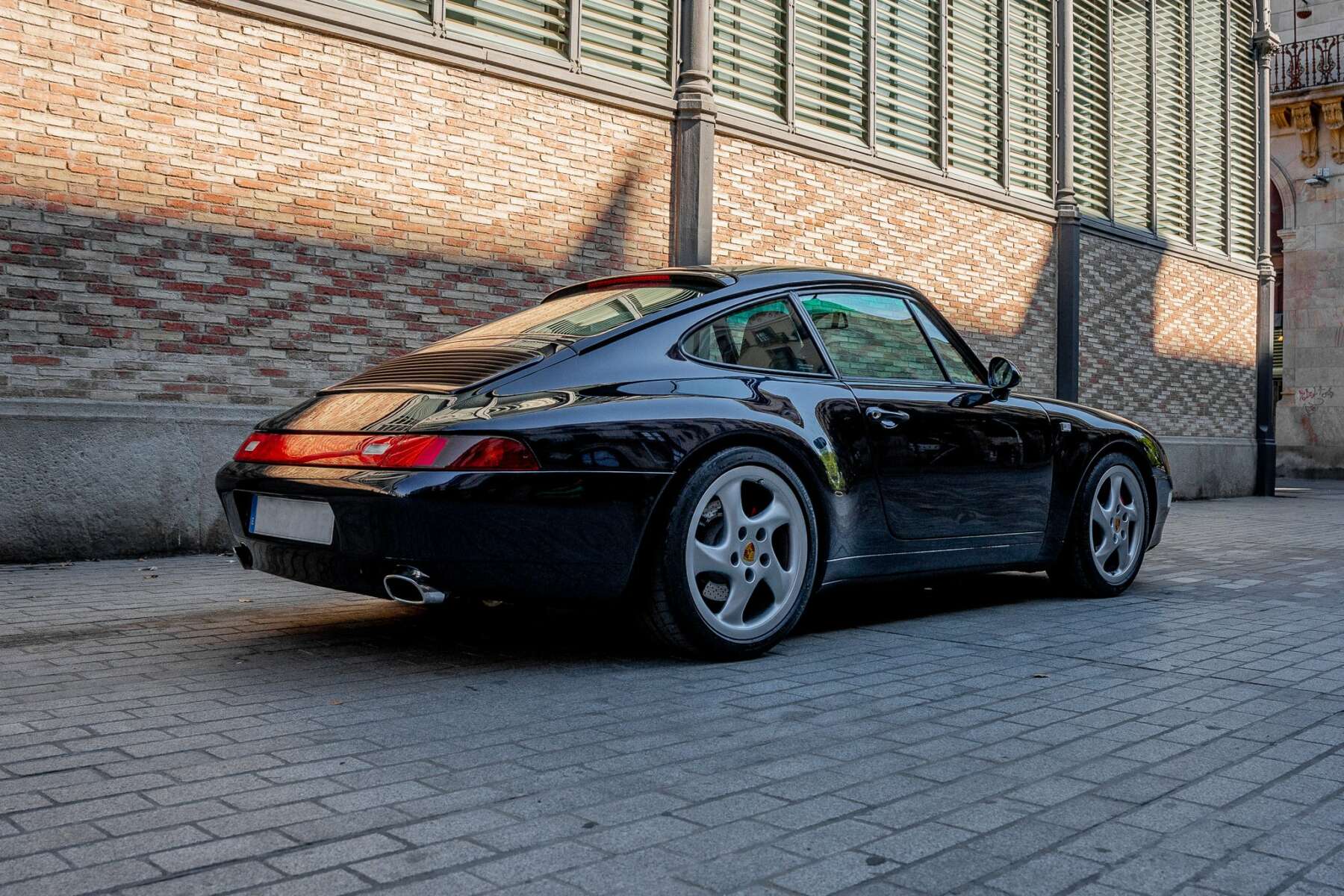 The Porsche 911 “993” was a total evolution of its previous edition, the 964 . Of this, only the doors and the trunk lid were preserved, the rest was completely new, chassis included. The design was carried out by Harm Lagaay and is considered by many to be the most beautiful Porsche 911 in history (a consideration that took on greater weight after the presentation years after the fifth evolution of the German model and its adoption of liquid cooling). It stood out for a very careful aerodynamic work, for a more refined front and with less “bulging” headlights, and for a greater general musculature of the bodywork.

This particular unit is completely renovated in detail, with a semi-restoration carried out at a Porsche Center and various jobs that leave a “finished” 993 without any pending work and with several well-valued extras. “ The generation of the Porsche 993 marked the end of an era, the end of the air-cooled engine and the entry of electronics in many elements, although it still offered options as old as the four-speed automatic gearbox, while the manual already had with six gears (supplied by Getrag). It debuted a multi-link rear axle, which was the basis on which the 996 evolved and which was one of the sections that helped tame the sloping rear of the German sports car. ” — Jordi Edo

Equipped with the naturally aspirated 3.6 this time with 282 hp thanks to its varioram variable intake manifold

At Valentin Motors it is delivered with a 12-month mechanical warranty and a pre-delivery review carried out.

Both the exterior and the interior are in a brilliant state of conservation which has been revised with new carpets and interior details.

This unit includes the upgrade of the sport mufflers that provide a more special sound, Bilstein suspension, 18-inch turbo look wheels and the front bumper of the S version that gives it more sportiness without affecting original conditions.

The car has some of the following options installed:

The 993 … one might think that it was not a very powerful car for a Porsche 911, but nothing could be further from the truth. We are talking about the year 1996, the year in which the Ferrari 348 ceased to be manufactured, whose V8 came to yield 320 CV, the spectacular Honda NSX announced 270 CV and the exotic Mazda RX-7 offered 240 CV.

In other words, Porsche put into circulation an air-cooled, two-valve-per-cylinder engine, capable of offering the same performance as more complex and sophisticated engines such as the Honda V6 or the Ferrari V8, or more power than the hysterical and supercharged rotary propeller of the RX-7.

Subject aside … with reliability at a level that still amazes us today. 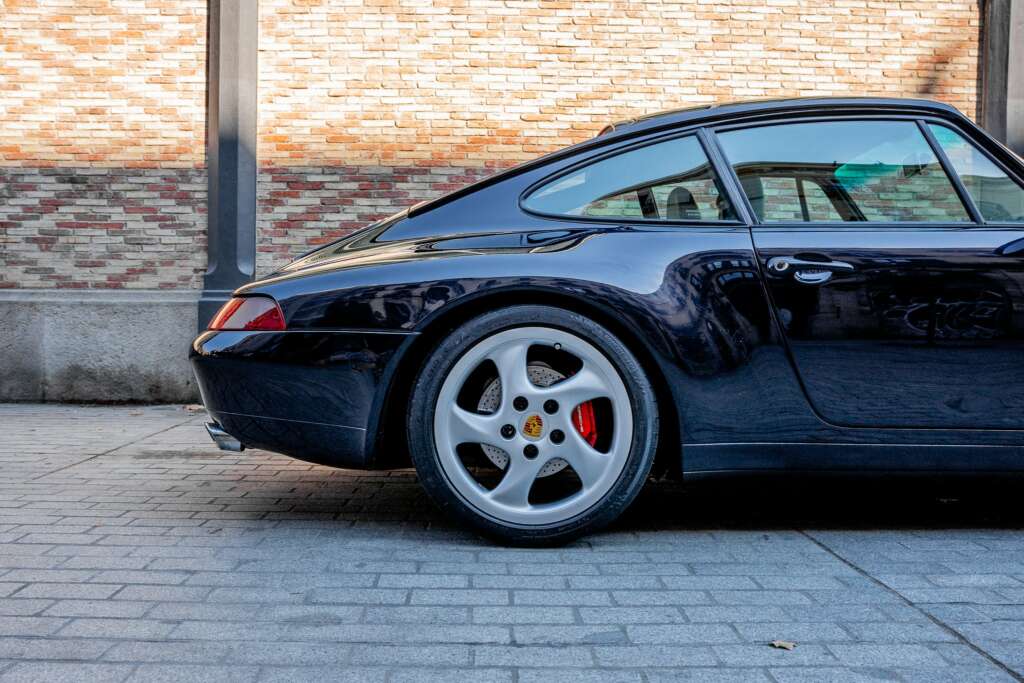 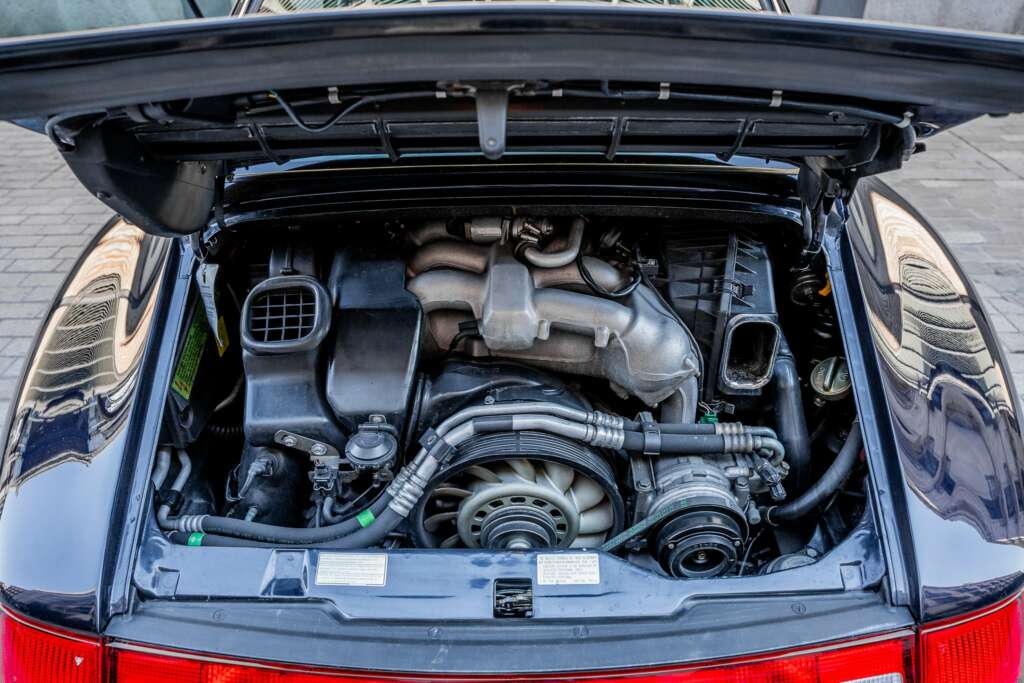 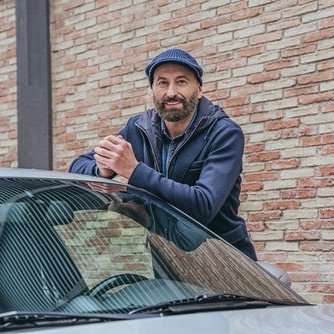