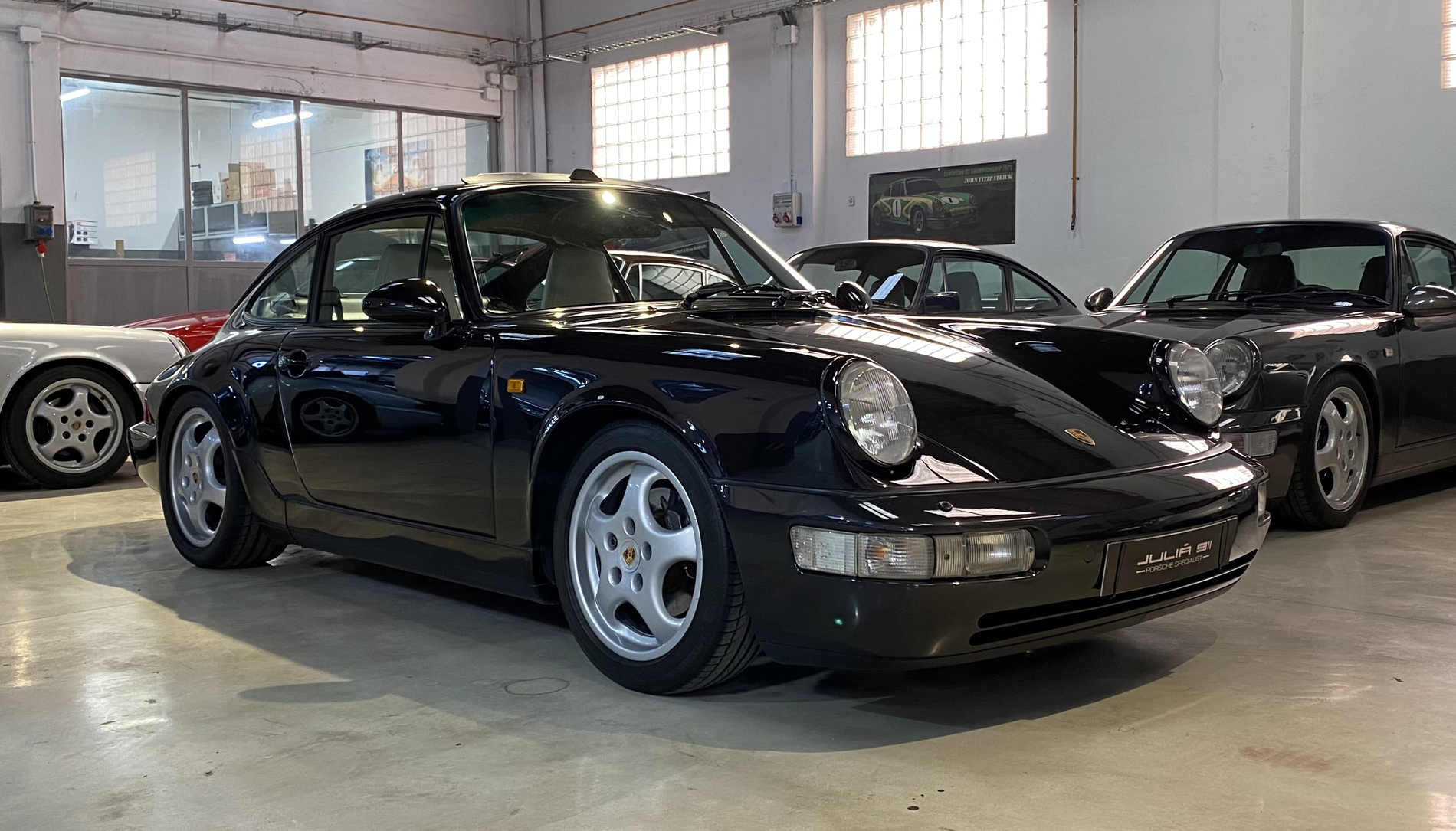 Its first owner in Spain was a well-known footballer from the 1980s and 1990s who is currently a coach. Its current owner keeps a folder with the complete history of the last 11 years of the vehicle. In it appear invoices from various Porsche specialists and among them those that detail the restoration that was carried out less than 9,000km ago. In it, more than 400 hours were invested in Bodywork and 405 hours in engine restoration. In total, the works totaled more than €46.000. Additionally, in July 2021 (500km ago) the restoration and maintenance of the vehicle continued for a value of more than €6,000. New Michelin Pilot Sport tires (Approved Porsche) were put on, the rims were restored and the maintenance service was done with change of filters, brake fluid, AA charge,…

It is a rust and accident free unit that retains its original factory adhesives. Additionally, this 964 has its respective original Porsche Certificate, which specifies the chassis number, the engine number, the exterior color and the entire list of extras with which it left the factory.

The 964 arrived on the market as a 1990 model and was a great evolution of the model. On an aesthetic level, it differed by more modern bumpers, abandoning the bellows bumpers of the previous generation, and by a retractable spoiler. On a technical level, it adopted interesting electronic elements such as the power steering, the ABS or the Airbag. Its engine increased its displacement to 3.6 liters, delivering 250cv of maximum power. One of the great surprises was that the model was presented with 4-wheel drive, adopting the name 911 Carrera 4 and taking advantage of the brand’s experience in the Paris Dakar and in the 959 super sports car. With 4-wheel drive, the 911 won great grip on floors with little grip, clearly improving safety. 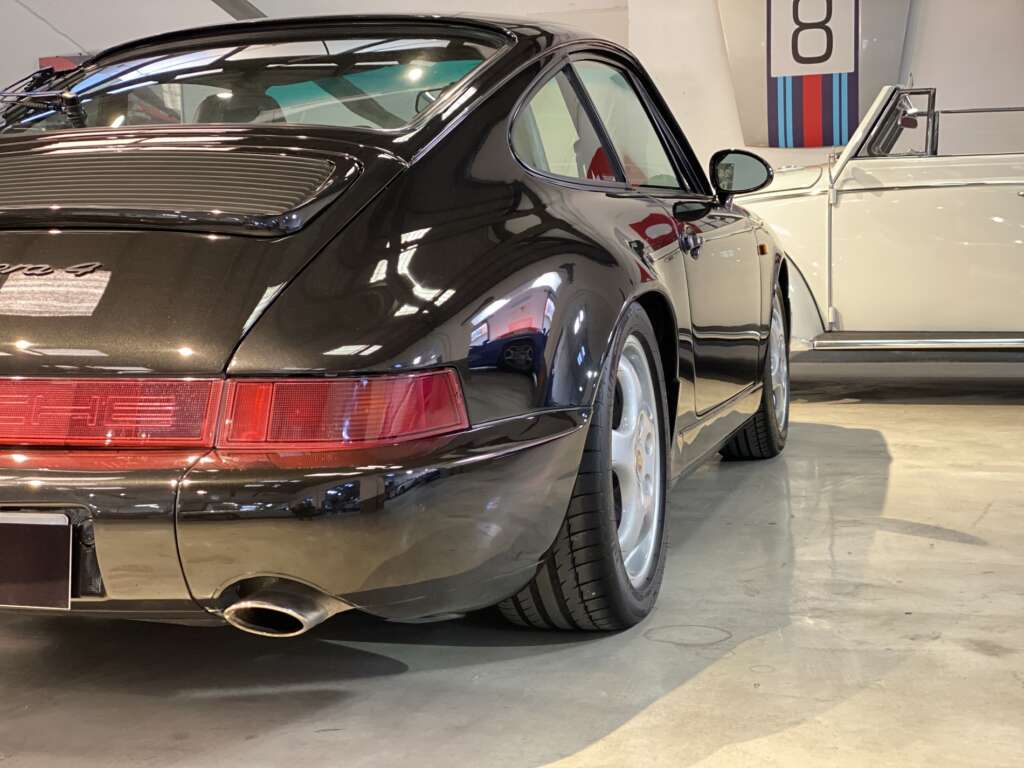 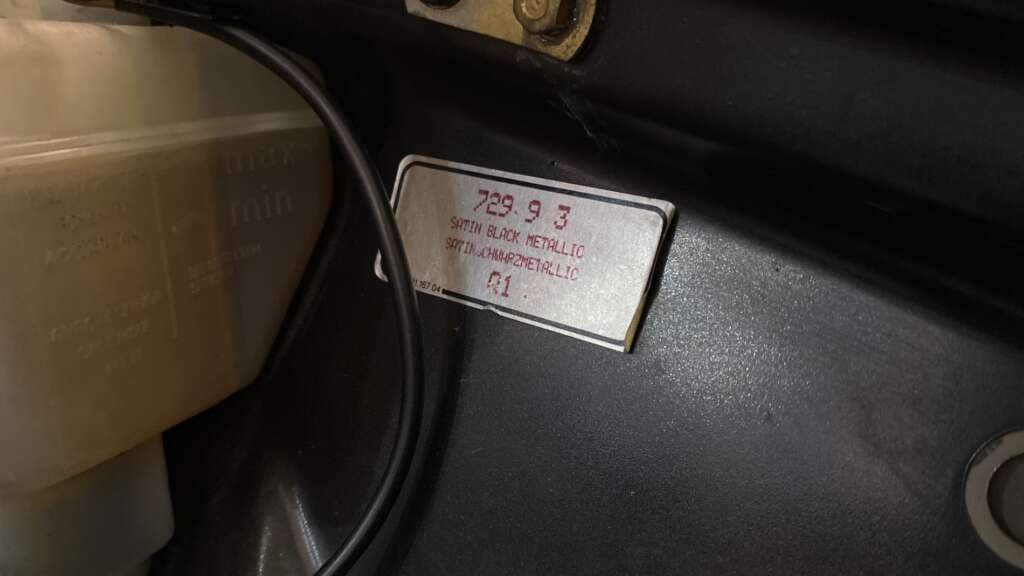 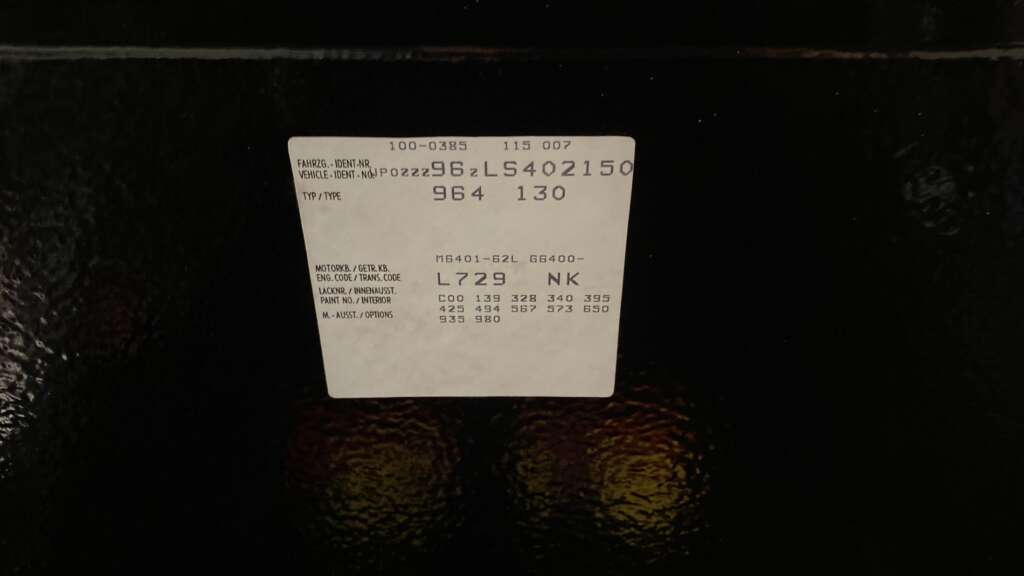