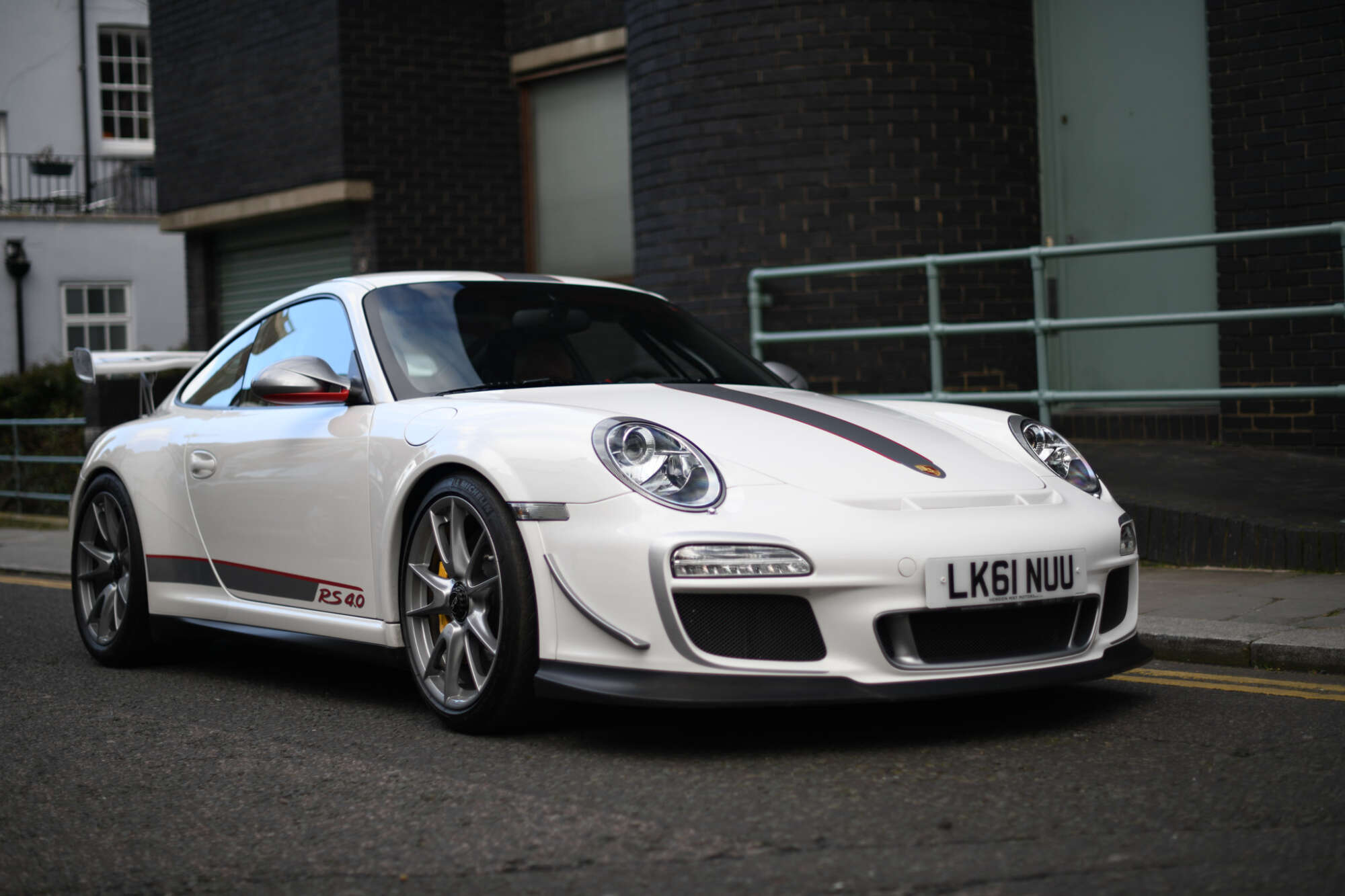 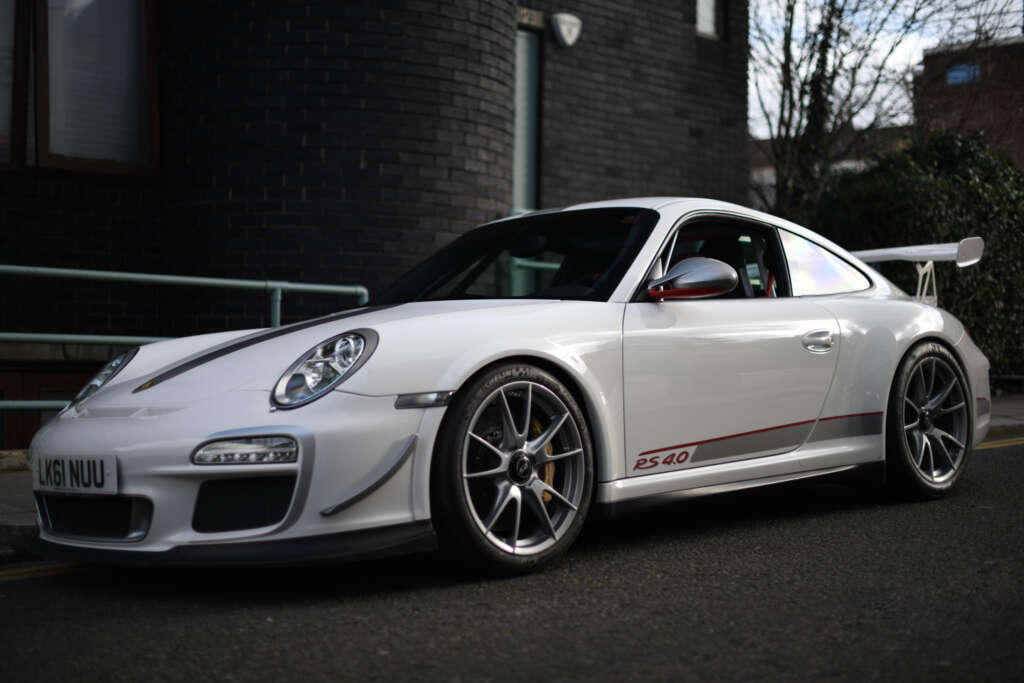 The 997 GT3 variant debuted at the 2006 Geneva Motorshow alongside the Turbo model. The GT3 model line was introduced as a way for Porsche to offer race cars for customer teams and homologate new aero features for racing. The Aerodynamic features on this model include a special front bumper with canards which increase cooling to the front mounted radiators and split spoiler at the rear, as well as a special bumper and centralised tailpipes that help draw heat away from the engine. The engine cover has been enlarged and features an additional air intake underneath the similarly enlarged rear wing.

This generation GT3 RS is regarded as one of the best cars Porsche has ever created and its Mezger engine is one of the reasons why. Mezger engines are the most revered iteration of the flat-six overhead-camshaft engines and whilst all other 911s adopted a new and somewhat problematic design, the GT cars stuck with it. Having proven itself by winning Le Mans in the 911 GT1-98, the engine was proving to be unbreakable, and to top it all off, sounded fantastic. The other reason the 997 generation GT3 is considered one of the best is because it was the last with the six-speed manual gearbox that had been a hallmark of its predecessors. The engine and the gearbox mark the end of an era for Porsche and place the GT3 RS 4.0L firmly in the company’s history books.

This GT3 RS 4.0L is number 211 of 600. 211 was purchased new in Germany by a collector who wished to acquire a very high spec, limited edition, Porsche 911. He was particularly interested in acquiring a 997 GT3 RS because he knew that Porsche were phasing out the 911 six speed manual gearbox and the iconic Mezger engine and this would be the last model with both. The vehicle was first registered in Germany and holds a full Porsche service history. As it stands the vehicle has 12,000 miles on the odometer and was optioned with ceramic brakes, black and red sports bucket seats, red seat belts, Porsche stability management system, Porsche active suspension module, Porsche communication module PCM-3, touch screen satellite navigation, chronopack, sports exhausts, rollbar and the 19” Gen II 997 GT3 alloys. During 211’s four-year stint under our ownership, the vehicle has been serviced and looked after by the top engineer from the Porsche centre at Hatfield who has recently carried out a major service and complete check on the car, certifying it is working perfectly.

211 featured in the Total 911 article ‘Porsche 997 GT3 RS vs RS 4.0: Rennsport Masters. RS, short for Rennsport, evokes certain emotions in all Porsche lovers. It conjures up images of long days of motorsport-derived excitement at the hands of a world-class engine and 211 is happy to oblige. It drives beautifully and will look just as exciting on a show lawn as it does on the road. 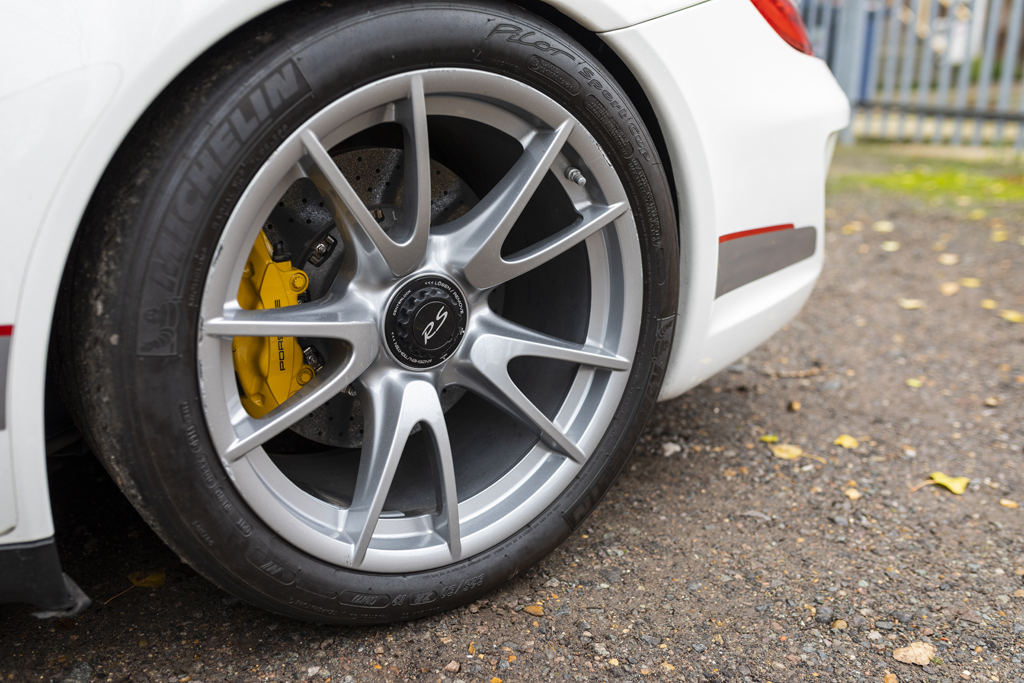 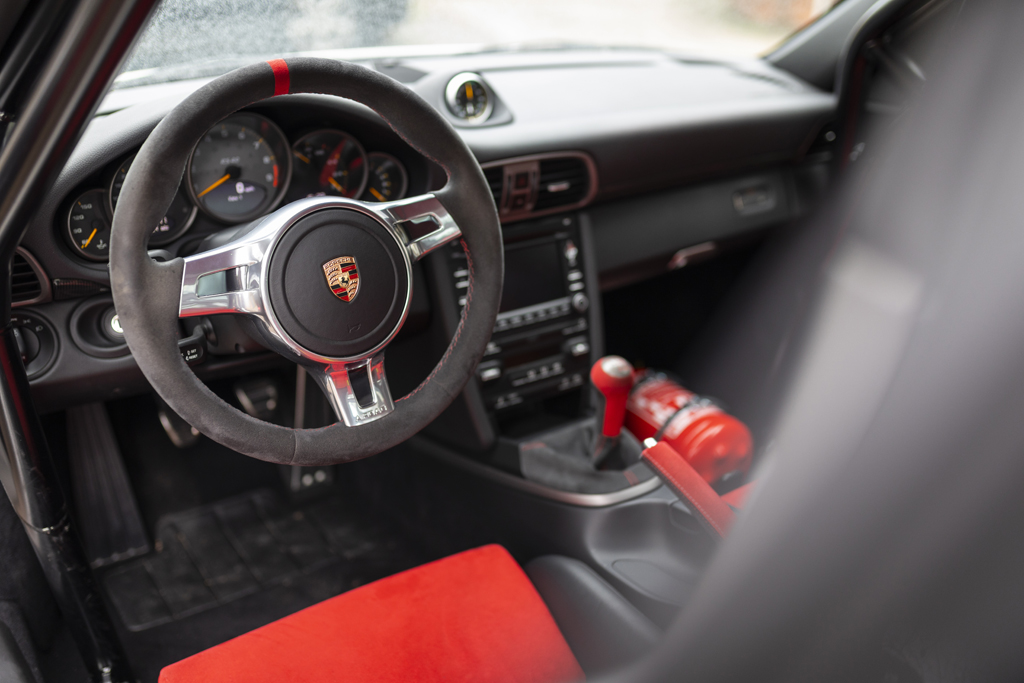 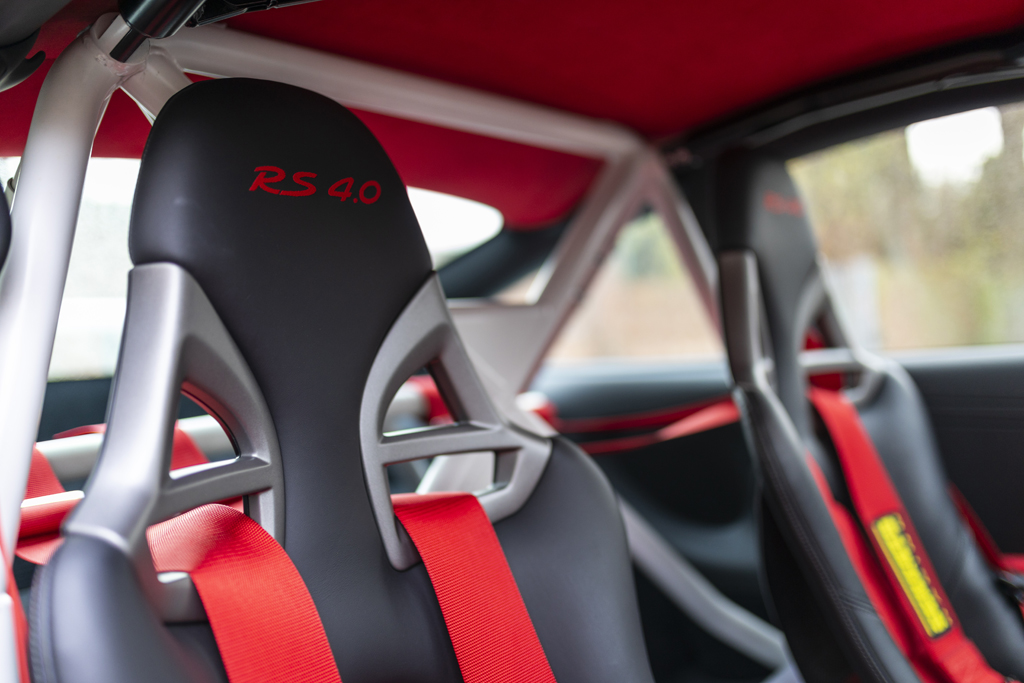 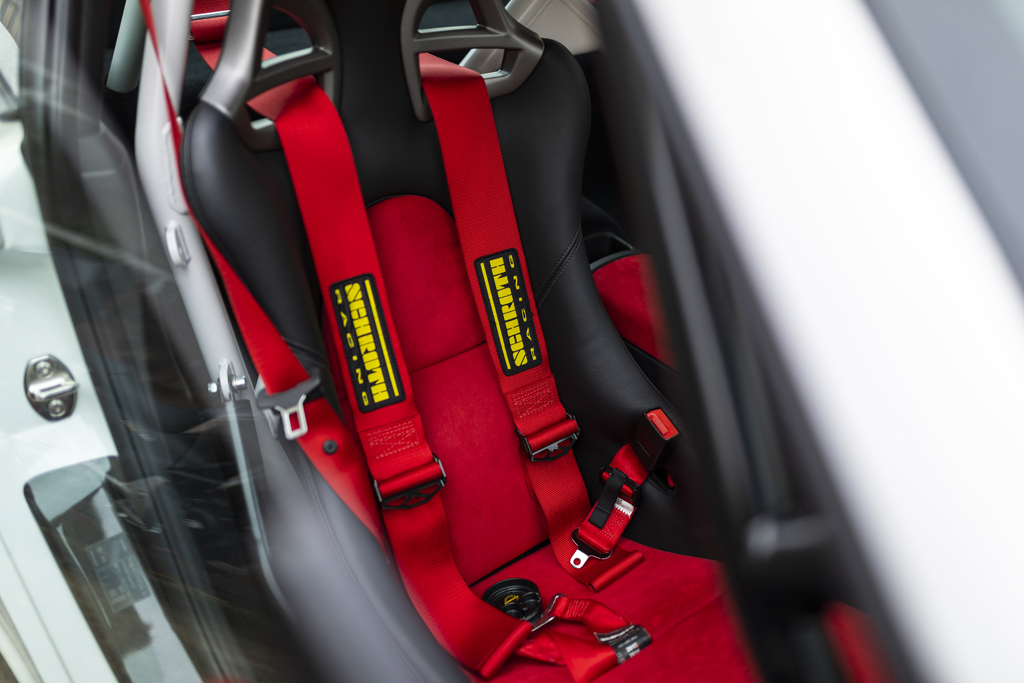 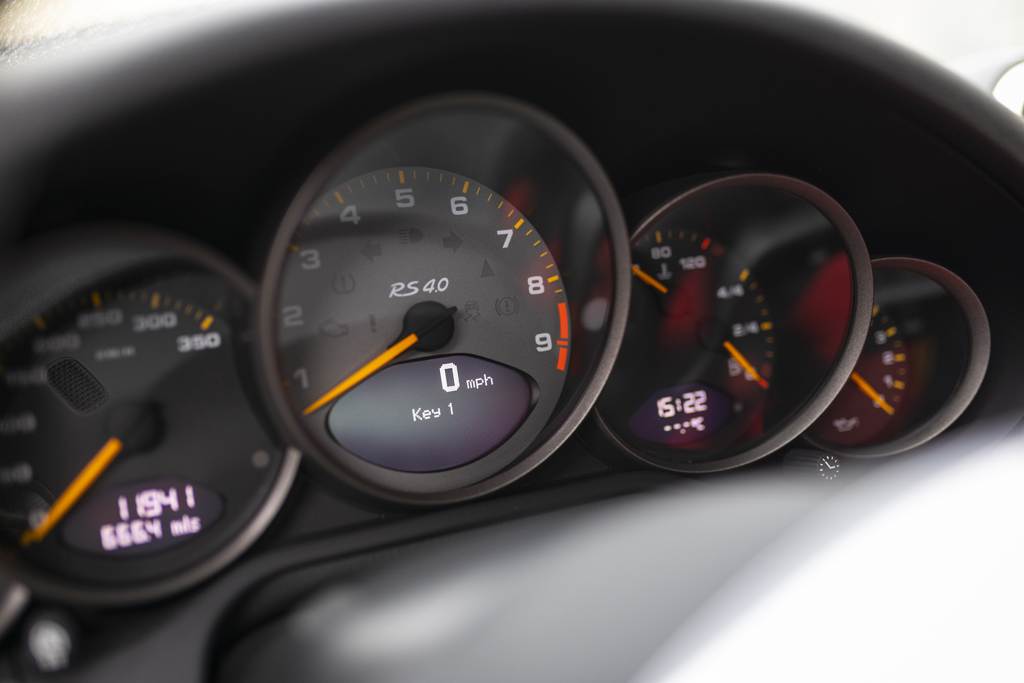 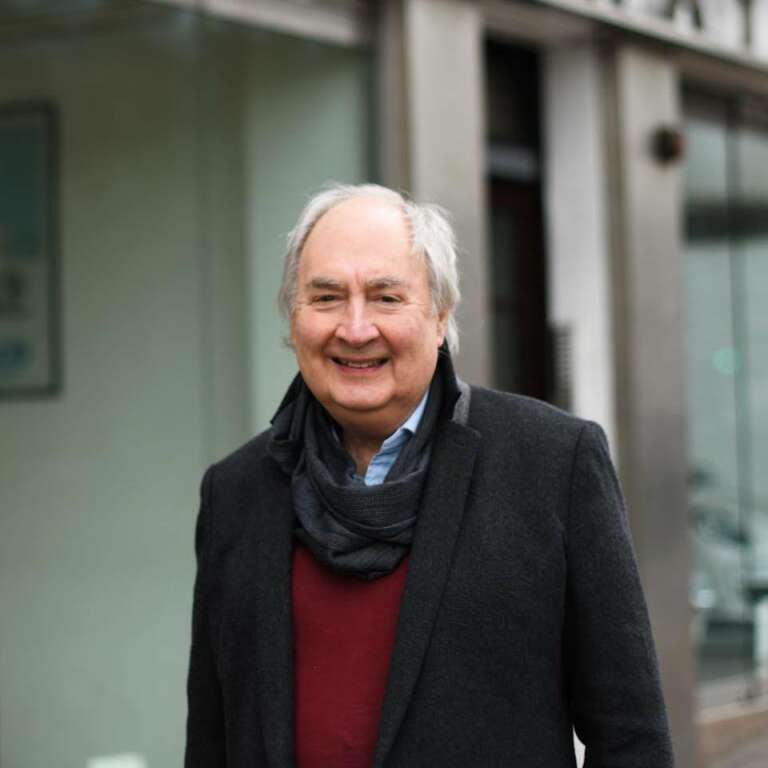