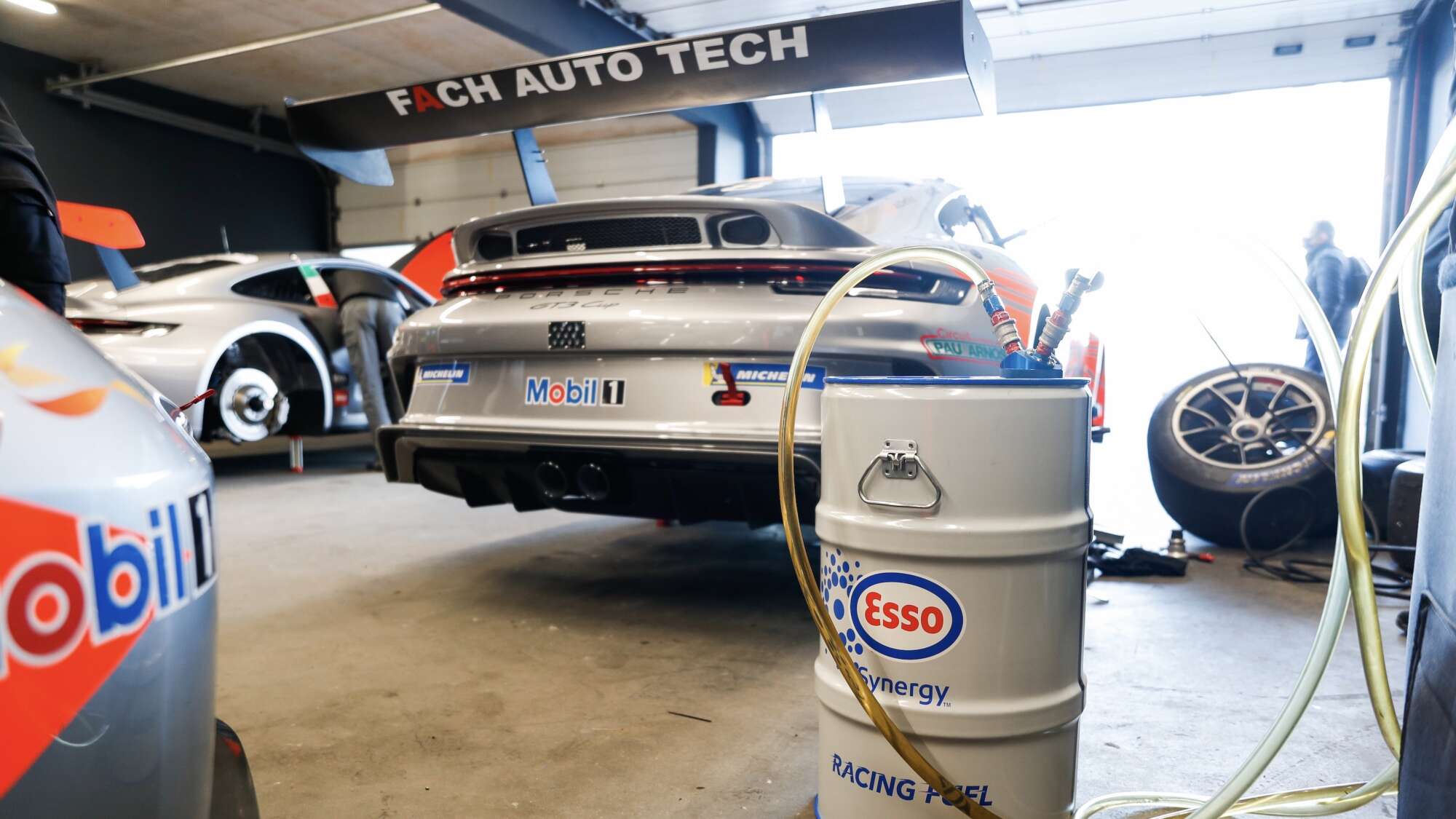 With eFuels, Porsche fights against the extinction of Internal Combustion Engines

With the electric car market booming, peak oil doesn’t seem to be a big topic anymore. Instead, there is talk here and there of peak petrol. While many car manufacturers are planning to abandon the combustion engine in some cases as early as 2025, Porsche is standing firm. The Stuttgart company is one of the last major sports car manufacturers to still offer traditional naturally aspirated engines. In the Gallic village of Zuffenhausen, the internal combustion engine is set to remain an issue for many years to come. And that’s why Porsche is investing a lot of energy and money in research into synthetic fuels, so-called eFuels.

“Electromobility is an absolutely inspiring and compelling technology. But on its own, it’s moving us toward sustainability less quickly than we want to move forward.“

Despite all the romantic feelings about the noises created during the eplosion of an air-fuel mixture, Porsche is by no means eternal. As early as the 19th century, Ferdinand Porsche was tinkering with what today would be called an alternative drive. At Ludwig Lohner’s carriage factory in Vienna, he developed the electric wheel hub motor around the turn of the century in 1899/1900. This served as the drive for the Lohner-Porsche presented in Paris in 1900. But that was not all. Ferdinand Porsche even developed a hybrid variant at lightning speed. An internal combustion engine was used as a generator to power the wheel hub motors and was launched on the market in the Lohner-Porsche Mixte. The groundwork for the e-Hybrid models and the Taycan had therefore already been done by Ferdinand Porsche himself.

The fact is that ever stricter emissions regulations and measurement cycles mean that high-revving naturally aspirated engines are condemned to a niche existence. However, they can only exist because Porsche’s fleet consumption is being drastically reduced with WLTP-optimized hybrids and electric vehicles like the Taycan. Michael Steiner, member of the Porsche Executive Board for Research and Development, therefore states quite clearly that electrically powered vehicles are a top priority for Porsche.

Don’t worry, this doesn’t mean that there will be no more combustion engines at all. Porsche is convinced that drive concepts with combustion engines, hybrid solutions and electric drives will exist together on the market in the medium term. The electric cars serve as an entry ticket for the emotional sports cars in the GT division. Hence, it is so important for Porsche that internal combustion engines and electric motors coexist peacefully. It’s not about replacing one technology with the other.

A few years ago, Porsche began investing successively in research projects on synthetic fuels. On the one hand, of course, this is purely an end in itself, which cannot be denied here. After all, there is good money to be made in selling spare parts for existing vehicles. So of course it is in Porsche’s own best interest to ensure that its gasoline-powered models can continue to run for as long as possible. However, the widespread introduction of eFuels would solve an immanent problem – dependence on fossil fuels. The lower the dependence, the longer the fossil reserves will last and the better the environmental performance of combustion engines.

eFuels essentially consist of hydrogen and CO₂. The latter is relatively easy to extract from ambient air. Extracting the required hydrogen is much more difficult. It is obtained by separating water into its constituent parts hydrogen and oxygen. This is done in an electrolysis process that requires large amounts of electricity. For this reason, its production only makes sense where there is surplus renewable energy. Porsche is therefore relying on a site in Chile for a cooperative project with Siemens and ExxonMobil. Hydrogen and CO2 are then combined to produce synthetic methanol. This methanol is in turn converted to gasoline in a process licensed by ExxonMobil.

Technology transfer from motorsport. At Porsche, this has already worked very well with turbo engines and hybrid drives, among other things. So it made sense to test eFuels directly in motorsport. In 2021, the first step will be to use a biofuel consisting mainly of organic waste. For the 2022 season, it is planned to introduce eFuels as the main fuel component in the Porsche Super Cup. It is currently assumed that CO₂ emissions will be reduced by up to 85%. eFuels are also to be used and tested in the Porsche Experience Centers from 2022. If these tests are positive, an important hurdle on the way to market maturity of synthetically produced petrol would be cleared. The major advantage of eFuels is, of course, that the worldwide network of petrol stations could be used. Unlike electric drives, no new infrastructure is needed.

Naturally, however, production is (still) associated with very high costs. And the efficiency from production to actual power output at the wheel is also significantly worse than with purely electric drives. But it will still be decades before electric vehicles make up the majority of private transport. This is precisely why it is so important to research a transitional technology that makes the use of the stock more climate-friendly. We can look forward to seeing whether eFuels will already be available at filling stations around the globe in the medium term. By the way, compatibility should be guaranteed not only for modern but also classic vehicles!