You are looking for a pre-owned Porsche 944 Turbo for sale?

Here we present you information and some Porsche 944 Turbo for sale around the world (USA, UK and Europe): 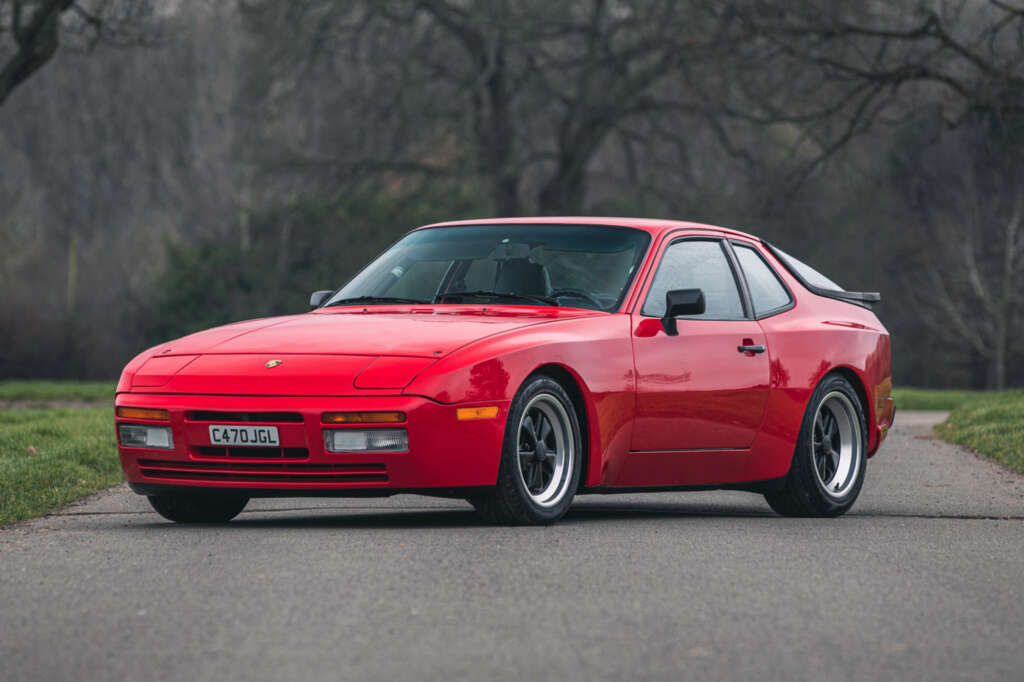 The development of the Porsche 944

Porsches strategic reorganization at the end of the 70’s  broke with a lot of traditions. Away from rear- or mid-engined layouts with flat four- or six-cylinder engines, towards the water-cooled front-engined car with transaxle transmissions. The purists cried out, but the tremendous sales figures of the 924 saved Porsche from their financial difficulties, caused by the oil crisis. As an evolution of the more or less mass product 924, the Porsche 944 was introduced in 1981. It was built in the same as the 924, the Audi factory in Neckarsulm.

Whereas the first generation 944 (944/I) had a lot of similarities to his smaller brother 924, the revised 944/II, which was built from 1986, got a more solitary instrument cluster with four instead of the previous three circular gauges. In addition, Porsche designed a new center console with a storage compartment and new, more contemporary climate control unit, which no longer reminded the Porsche buyers of the 70’s Golf or Scirocco. For an extra charge you could even order airbags for the driver and the passenger.

If you are looking for a used Porsche 944 Turbo for sale and you want to find out more about it, click here: Porsche 944 – Elferspot Magazine >>

Key Ring Elferspot – Made for Drivers.