Irishman Mel Nolan was a legend on two wheels but after hanging up his helmet the call of the Porsche came loud and clear. Mel Nolan is smiling. Dressed in a neatly ironed shirt with the outline of a Porsche embroidered on the chest, he rises from his seat and extends his hand, the smile turning to a laugh.

“Another drink over here,” he calls to a barman, before gesturing to the stool opposite him. Even beside the window the light in this southern Irish pub is low, but the spotlight is about to shine on white-haired Mel, as he heaves a heavy box up beside him, layers of newspaper cuttings, old photographs and programmes inside.

Memories spill onto the table, scattering like a dropped pack of cards, and his eyes dance as his fingers reach for a black and white photo of a man sitting astride a motorbike. Clad in leathers, his face partly hidden by a helmet, is a much younger Mel. A Mel who was better known at the time as The Flying Corkman. In the early Eighties, Mel Nolan was one of the quickest men on earth. Aboard his “crazy, home-built motorcycle”, the industrial chemist set two world records and, after registering 207mph on the speedometer, has kept a tight hold of the Irish Land Speed Record for nearly 40 years since.

“For the past seven years I’ve been a total Porsche fanatic but before it wasn’t like that,” says the 73-year-old. “Before that, I was a biker – and not an ordinary biker but one who loved to race, build new engines, do new things and develop new engineering and new products.”

Having entered – and won – his first motorbike race at the age of 25, Mel filled his home with dozens of hillclimbing and sprint trophies before a powerful mix of mechanical curiosity and ambition propelled him into the record books.

For the past seven years I’ve been a total Porsche fanatic but before it wasn’t like that. “It took some getting there – it felt like a lifetime’s work – but we had fantastic fun and by the end of 1981 we’d set the world land speed records for a 1,000cc bike over distances of a mile, and a kilometre. We had to pull out all the stops. I believe it was the first turbo and nitrous motorcycle ever run in Europe.”

With three records under his belt, Mel took a back seat from riding and moved into an organisational role. Having developed a love of drag racing, he put his infectious enthusiasm to work, drawing crowds of 10,000 onto the streets of Ireland for the country’s first ever drag race. After a brief stint back in the saddle – “It was killing me to see our Irish riders being beaten by the English, who’d been drag racing for years, so I developed a bike with nitrous oxide and rediscovered my competitive streak” – Mel hung up his leathers at the end of the Nineties. Seven years ago, he pointed his passion in the direction of Porsche. “I’d wanted a Porsche from a young age and when I bought a Boxster S a few years ago I just felt totally at home. It was like sitting on my sofa, but a sofa with astounding handling,” he laughs. “On the twisty roads of Ireland I could keep up with anything, even cars with a lot more horsepower.”

It was like sitting on my sofa, but a sofa with astounding handling.

The Boxster was followed by a 996 Turbo X50, a 3.2 turbo-bodied Carrera, and eventually a 997 Turbo. All three sit side-by-side in his garage. All three present the perfect excuse to be an active member of the Porsche Club of Ireland.

As organiser of the southern region, Mel’s never been busier. “Some clubs have five or six events a year; by the end of 2018, we’ll have held 58. The camaraderie is fantastic: there’s always something to do and somewhere to go in your Porsche. We’re a very proud club,” he says, pointing at his shirt where the club logo is stitched. “Motorcycles are a part of me – I’m still heavily involved in drag racing – but there’s a lot of love in my heart for my Porsches. It wasn’t until I’d driven one that I realised a car could feel like being back on a motorcycle. They’re raw, they’re fantastic, they’re happy machines.”

As he sips his pint and wipes the froth from his top lip, Mel’s eye falls on a recent photo of his 1984 Carrera on the table in front of him. Mel Nolan is smiling again. 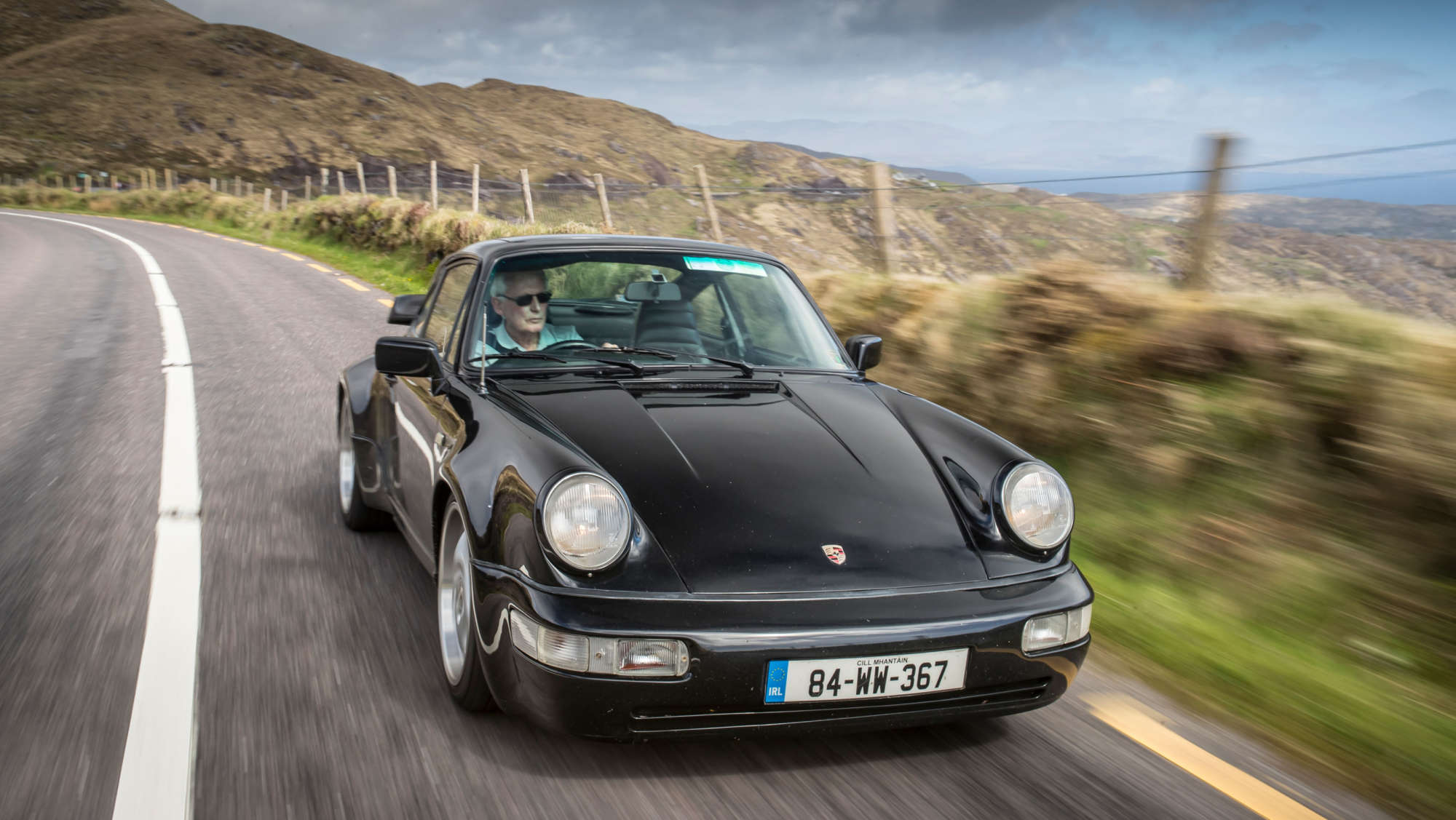